AKMU’s Lee Chanhyuk shared some hilarious “conditions” that he had put on his appearance on tvN’s “Amazing Saturday.”

AKMU’s Lee Chanhyuk and Lee Suhyun were the guests on the April 3 episode of the show. However, the siblings were seated apart from each other despite the fact that guests are usually seated together (especially if they’re from the same team or project). 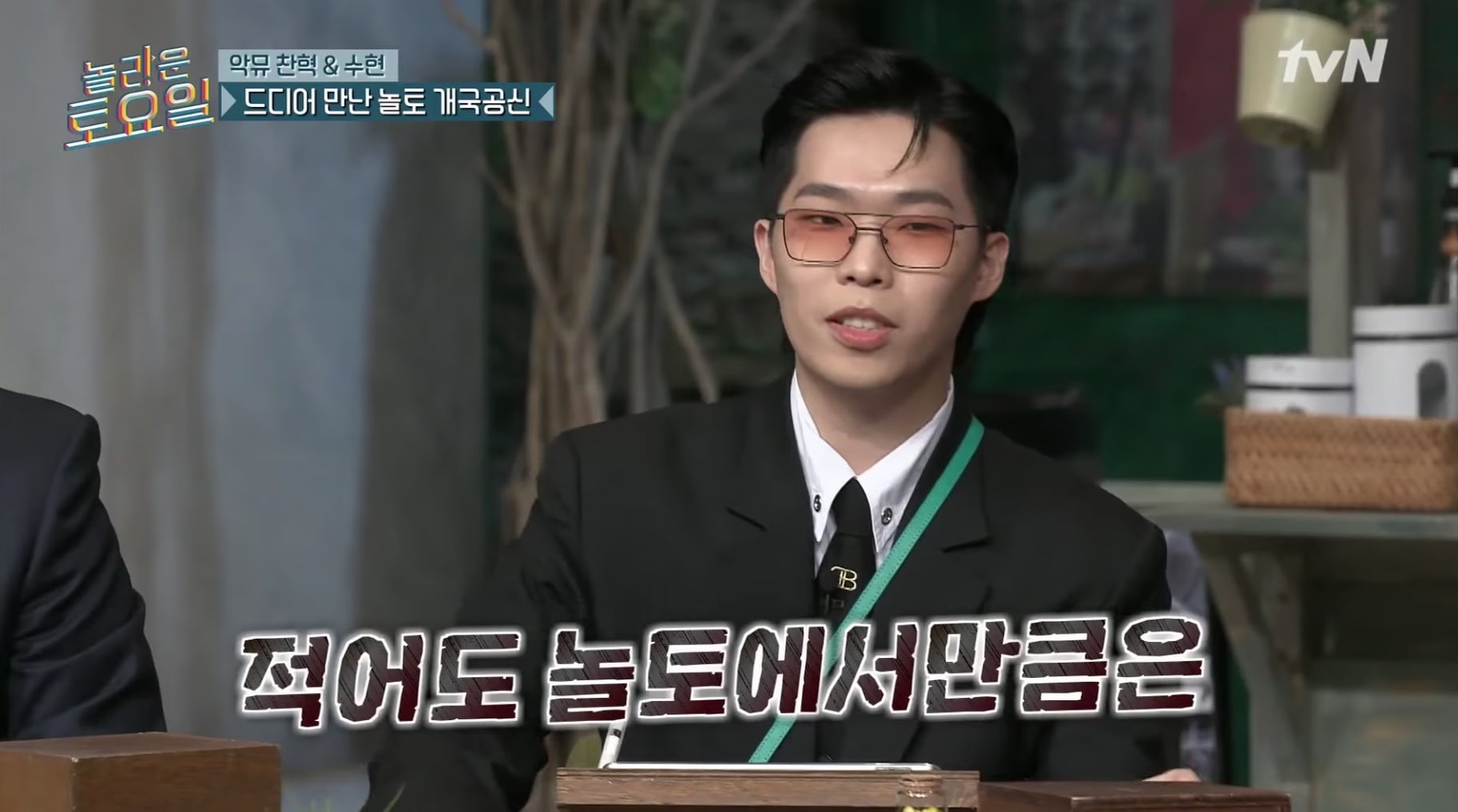 Lee Chanhyuk proclaimed, “It’s our concept for today.” Lee Suhyun said, “I wondered when we’d come on the show and now we have. She added, “Our songs kept climbing up the charts. We looked around for the cause and we had ‘Amazing Saturday’ to thank.”

Boom said, “Chanhyuk put some conditions on his appearance in today’s episode. First, he wanted to be seated as far from his sister as possible. Second, he said he’d like it if he could be seated next to people who would support his opinion. That’s why we seated him where he is likely to get the best reactions.” (Lee Chanhyuk was seated between Hanhae and Nucksal.) 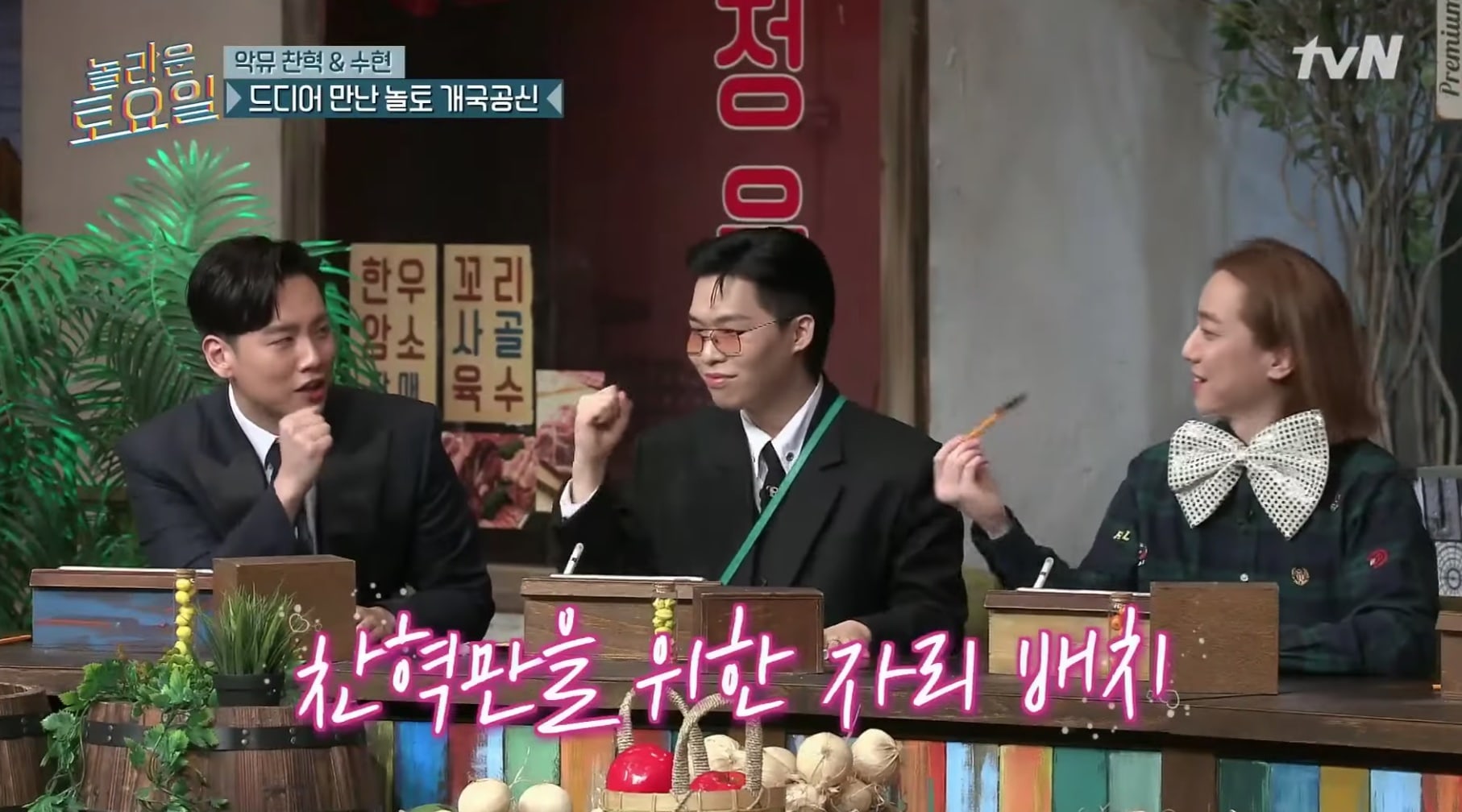 Lee Chanhyuk explained, “There’s a reason I wanted to sit far from Suhyun. She disses about 70-80 percent of what I say. I needed to sit somewhere I could sound more trustworthy.” But Nucksal said, “If trust is what you’re looking for, you’ll have to sit somewhere else.”

Lee Suhyun shared, “We have completely opposite styles. I’m the type to get excited as I write, while he muddies the waters.” Lee Chanhyuk objected, “I’m not muddying the waters, but enjoying life. I am looking for people who will enjoy life with me.” 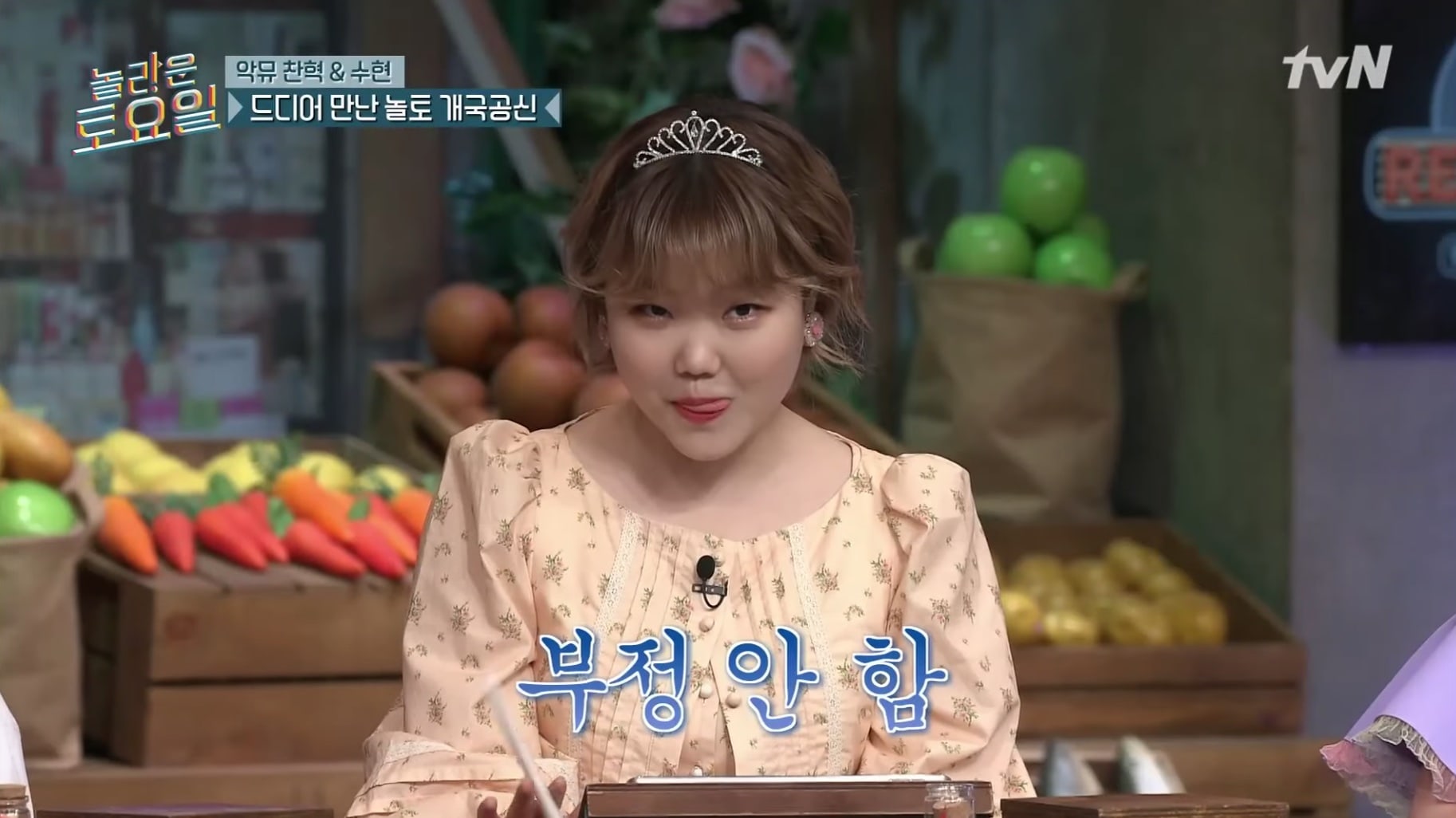