Veteran variety star Lee Kyung Kyu appeared as the “master” on the April 4 episode of SBS’s “Master in the House.”

During the middle of their “variety training,” Lee Kyung Kyu suddenly said, “Let’s eat! Take a break,” and hit the slate before leaving the shoot. Lee Kyung Kyu is famous for his dislike of filming for a long time and is known for showing a prickly persona on variety shows.

Lee Seung Gi commented, “Lee Kyung Kyu is the master of the person who was my variety master. But they’re so different. Kang Ho Dong and Lee Kyung Kyu are completely different.” 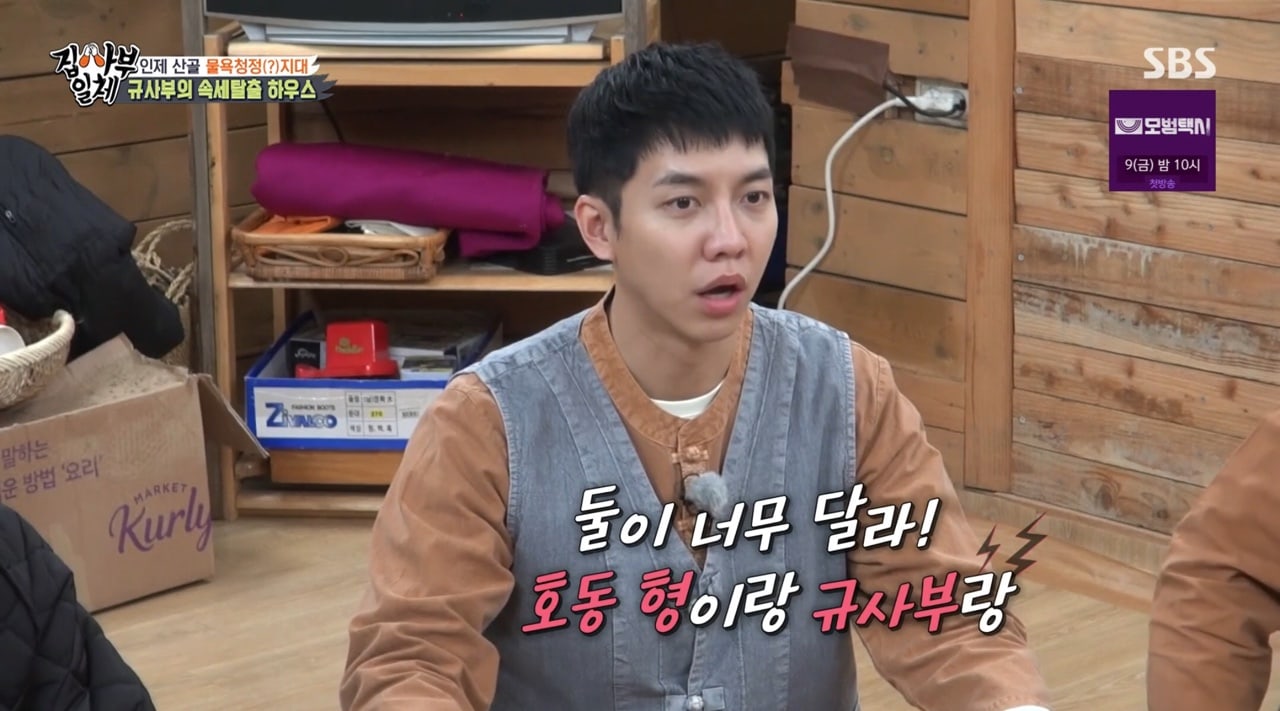 Yang Se Hyung agreed and said, “Kang Ho Dong is the type to work hard at creating something, while Lee Kyung Kyu just goes with the flow and lets things happen.” Lee Seung Gi added, “He completely flipped the script on what we expected from ‘variety shows.'” 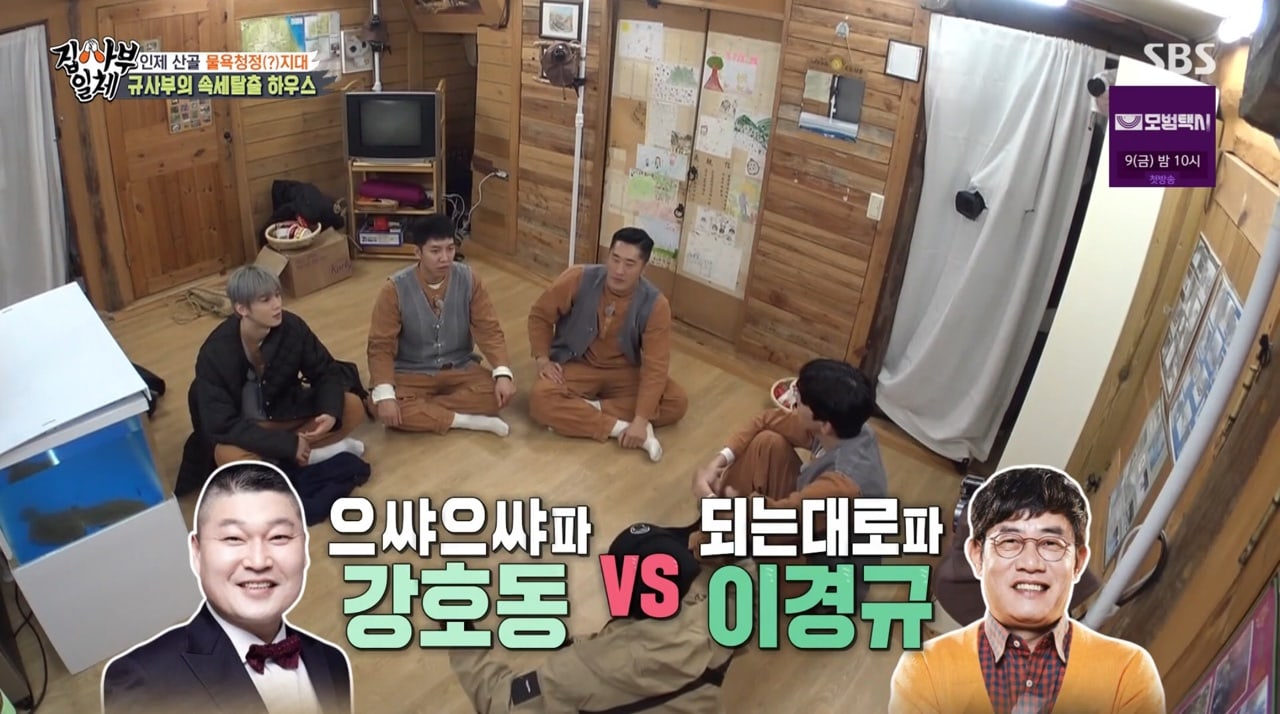 Lee Kyung Kyu replied, “Don’t try to fight it. Just go along with it. If it isn’t fun, then it’ll end somehow.” He also showed his tendency to be blunt when he said, “Don’t think that you’ll go until the end with these five members. Always keep in mind that one or two of you may leave. In variety shows, it’s best not to get too attached.”

Lee Seung Gi said, “But you don’t react much, so how did you get on top?” and Lee Kyung Kyu replied simply, “I surrounded myself with people who give good reactions. Lee Yoon Suk was the best at that. Someone who gives soulless reactions is Boom.”