On April 3, a NCT fan took to Twitter to post a fun edited version of a recent NCT DREAM Instagram video of Renjun dancing inside their “Cafe 7 Dream,” which the group first revealed through their comeback teaser earlier this week.

The fan added Tinashe’s “2 On” to the clip as background music, making it look like Renjun was dancing to her hit 2014 song—and amusingly, his dance moves matched up perfectly with the music.

Shortly afterwards, Tinashe thrilled fans by retweeting the post on her official Twitter account, which led to Tinashe briefly trending on Twitter as fans flooded the platform with tweets expressing their excitement and clamoring for a collaboration. 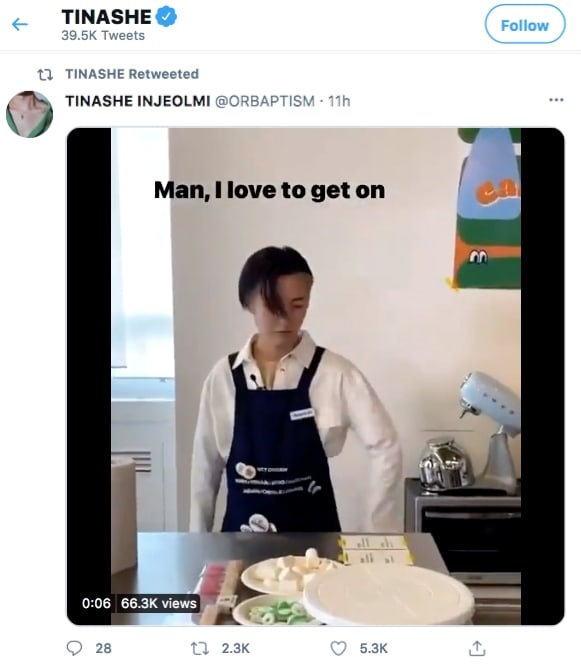 Would you be interested in seeing a collaboration between Renjun and Tinashe?

Meanwhile, NCT DREAM is currently gearing up for their first seven-member comeback in nearly three years. Check out the group’s teaser for their return here!

NCT
NCT DREAM
Renjun
Tinashe
How does this article make you feel?