SHINee’s Minho Sweetly Reunites With Na Eun, Gun Hoo, And Jin Woo To Cheer For Park Joo Ho On “The Return Of Superman”

SHINee’s Minho reunited with Na Eun, Gun Hoo, and Jin Woo for the April 4 broadcast of KBS 2TV’s “The Return of Superman”!

The three children, along with Minho, visited the Suwon FC (Football Club) stadium in order to cheer for their dad Park Joo Ho in his soccer match. Minho surprised Na Eun and Gun Hoo with his appearance, and the two greeted him with warm hugs and excitedly agreed to cheer for their dad together. Jin Woo cried after seeing Minho for the first time in awhile, so Na Eun consoled him by saying, “He cries when you see him for the first time. He cried the first time he saw Dad too.”

When Minho asked Na Eun if she knew about his team SHINee, Na Eun immediately replied by singing the lyrics to “Ring Ding Dong,” adding that Gun Hoo also likes the song. Meanwhile, Jin Woo got upset while playing alone, so Minho consoled him with a hug. 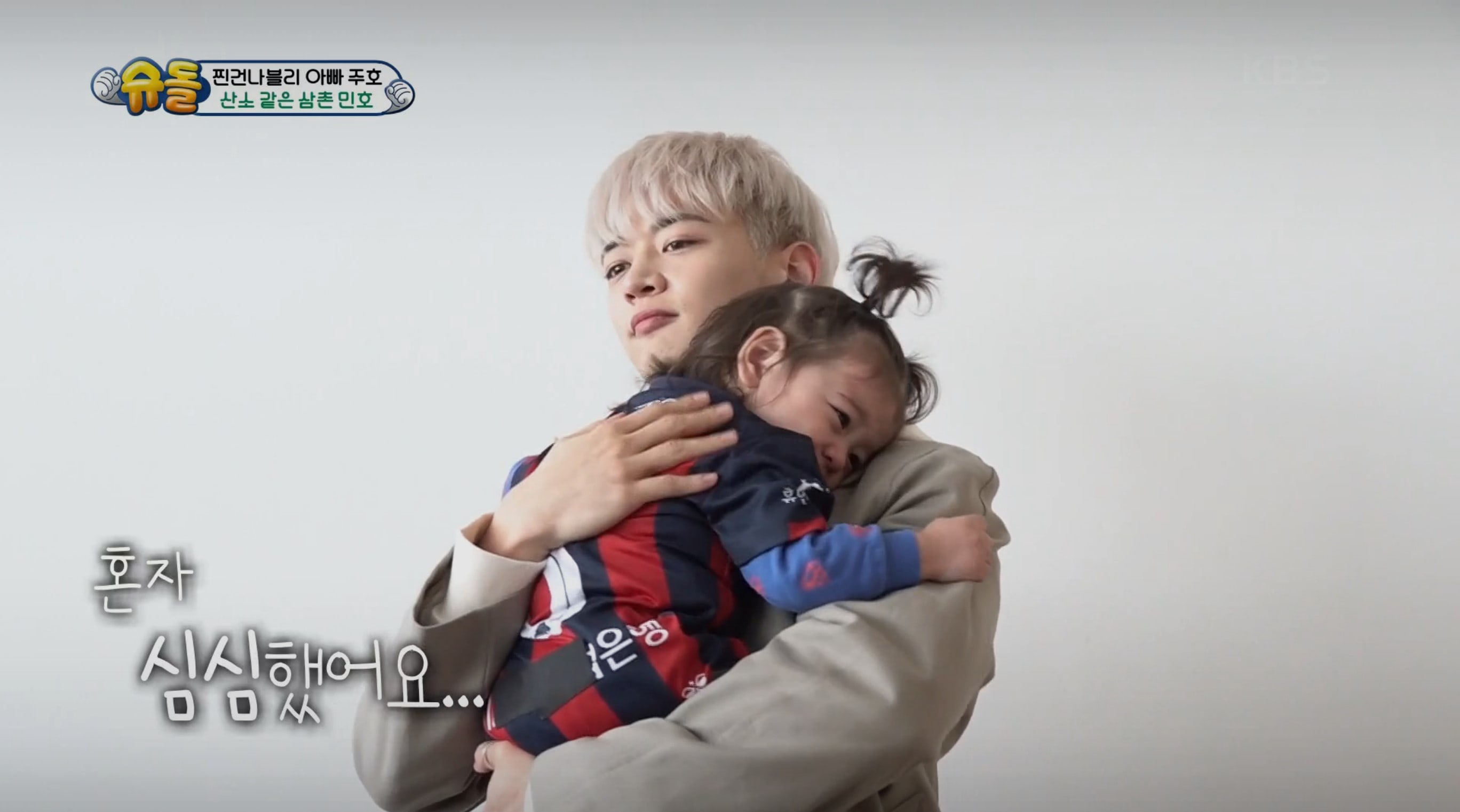 The four gathered together to eat lunch, and Minho sweetly helped Na Eun use her chopsticks while Na Eun and Gun Hoo helped to feed Jin Woo chicken. Although Jin Woo got upset later, Na Eun tried to cheer him up by giving him her chopsticks while Gun Hoo fed him chicken. The three children took turns giving Minho food as well.

Minho and the three children came outside to the stadium to cheer for Park Joo Ho. After they greeted him and moved back indoors, Na Eun slipped and fell down from her chair while cheering, so Minho quickly ran over to check up on her. Park Joo Ho also fell during a match, but he managed to continue the game. Unfortunately, Park Joo Ho’s team lost the match, and Na Eun became worried that her dad wouldn’t be able to come home because of training. Minho comforted her by explaining, “There are times we lose and times we win. He can do well next time and win!” 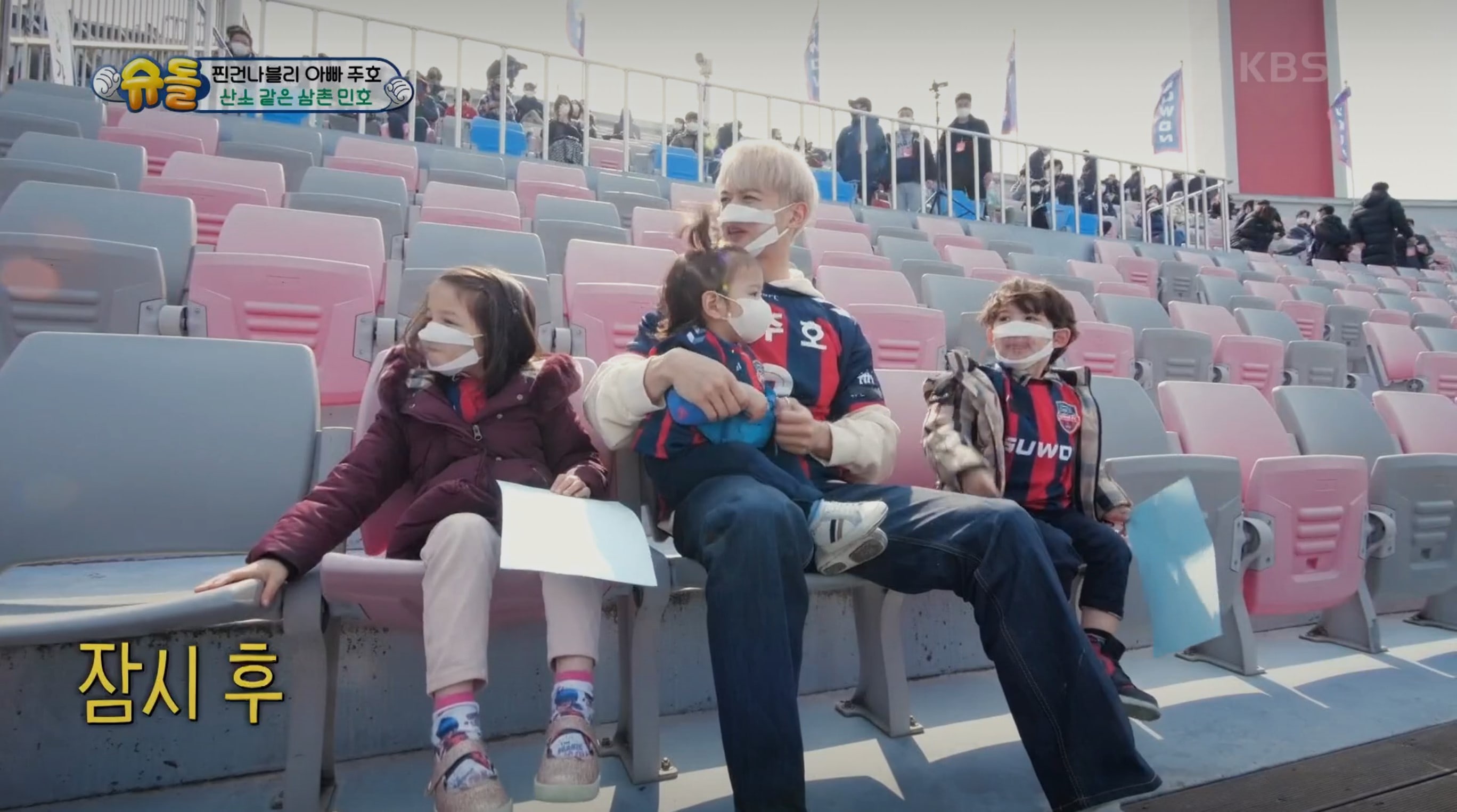 After the match, the four came back outside to visit Park Joo Ho, and the children ran over to hug him. Na Eun and Gun Hoo checked up on Park Joo Ho’s injured leg, and Na Eun promised to give him a massage later.

Catch up with a recent episode of “The Return of Superman” below: