On the April 5 episode of JTBC’s “Nice Alone,” Kim Sejeong appeared as a guest.

Kim Sejeong shared that she was close with cast members Kim Min Seok and AKMU’s Lee Chanhyuk. She had done a musical with Kim Min Seok, and in response to him acting serious on the show, joked, “You played a lot of pranks back then.”

On her friendship with Lee Chanhyuk, she said, “I think that it’s more awkward to have an ambiguous friendship.” She had been on the same team as the AKMU siblings on the competition show “K-Pop Star.” Lee Chanhyuk said, “We became friendly and shared meals together. We’re both the same age.” Kim Sejeong said, “Maybe it would be different if we hadn’t seen each other since then, but we sometimes meet at the hair salon and awkwardly greet each other. And somehow it’s been eight years of that.” 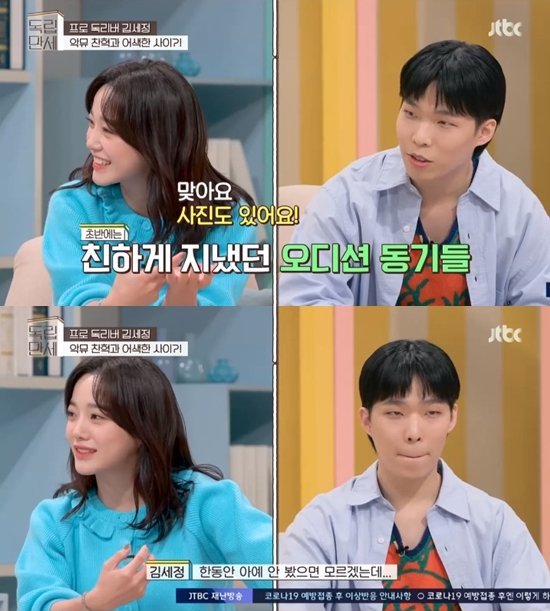 Kim Sejeong shared that she is on her second year of living on her own. She recently moved to a three-room apartment after the end of her drama “The Uncanny Counter.” She said, “I am currently thinking about how to organize my alcohol. I put the beer in the fridge and the nice bottles in a cabinet.” 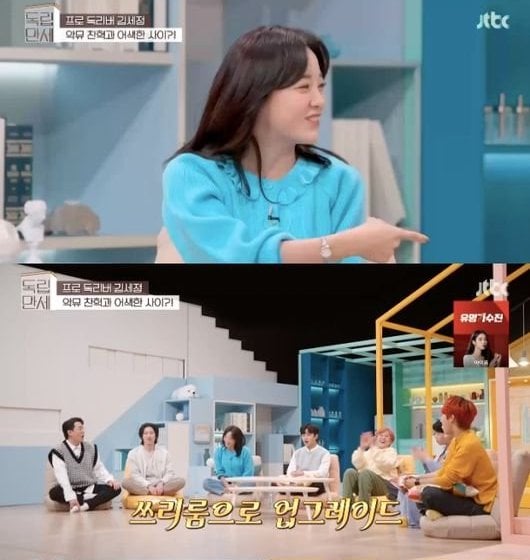