“Sisyphus: The Myth” Gears Up For Final Showdown Between Park Shin Hye And Go Yoon

With just two episodes left in its run, “Sisyphus: The Myth” is gearing up for a final showdown between the two mortal foes. Go Yoon plays Jung Hyun Gi, who has sworn to hunt down Kang Seo Hae (Park Shin Hye), an “illegal traveler” from the past, because he holds her responsible for the death of his mother (Sung Byung Sook).

However, the truth is different from what he believes. His mother died of a chronic disease, and Seo Hae was the benefactor who helped a future Jung Hyun Gi attend his mother’s passing. The current Jung Hyun Gi has no knowledge of this because of the intervention of the control bureau. Right when his mother was about to pass away, Jung Hyun Gi was detained by the bureau due to his contact with another “illegal traveler.” Because Jung Hyun Gi was a policeman, Hwang Hyun Seung (Choi Jung Woo) used him to create one of his schemes. Seo Hae lied that she killed Hyun Gi’s mother, and Hyun Gi was reborn as an agent for the bureau to get revenge on Seo Hae.

Jung Hyun Gi has placed Kang Seo Hae in peril several times, including sniping at her and injecting her with a substance that splits apart proteins in order to kill. Seo Hae tried to tell him that she had not killed anyone, but he was already lost in his quest for revenge.

However, the terrible fate that connects the two will soon come to an end. On April 5, JTBC released the stills for the upcoming episode. As usual, Jung Hyun Gi is unwavering in his quest to kill Kang Seo Hae in revenge for his mother’s death, but this time Kang Seo Hae is not willing to go down without a fight. On the advice of the future Hyun Gi, she cannot kill his present version, but their relationship as it is cannot endure. 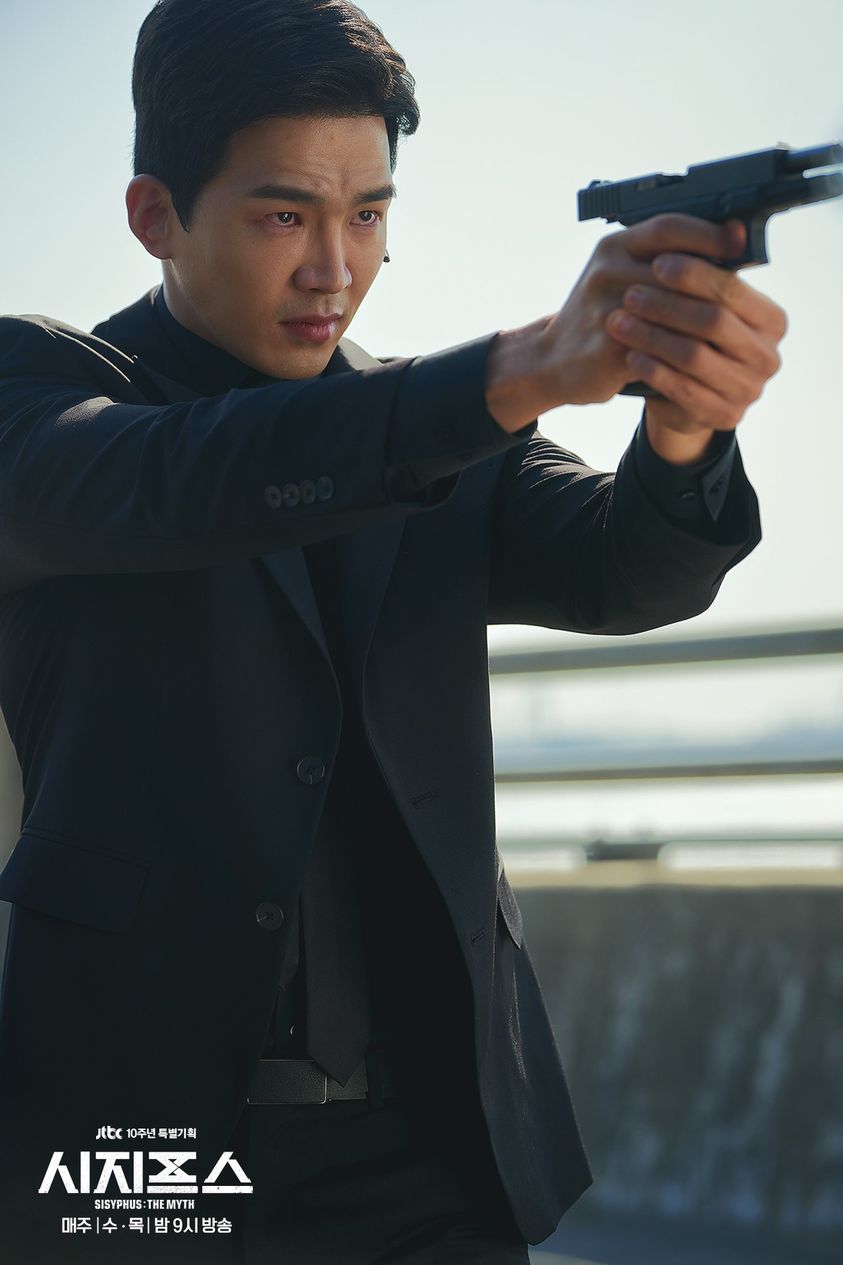 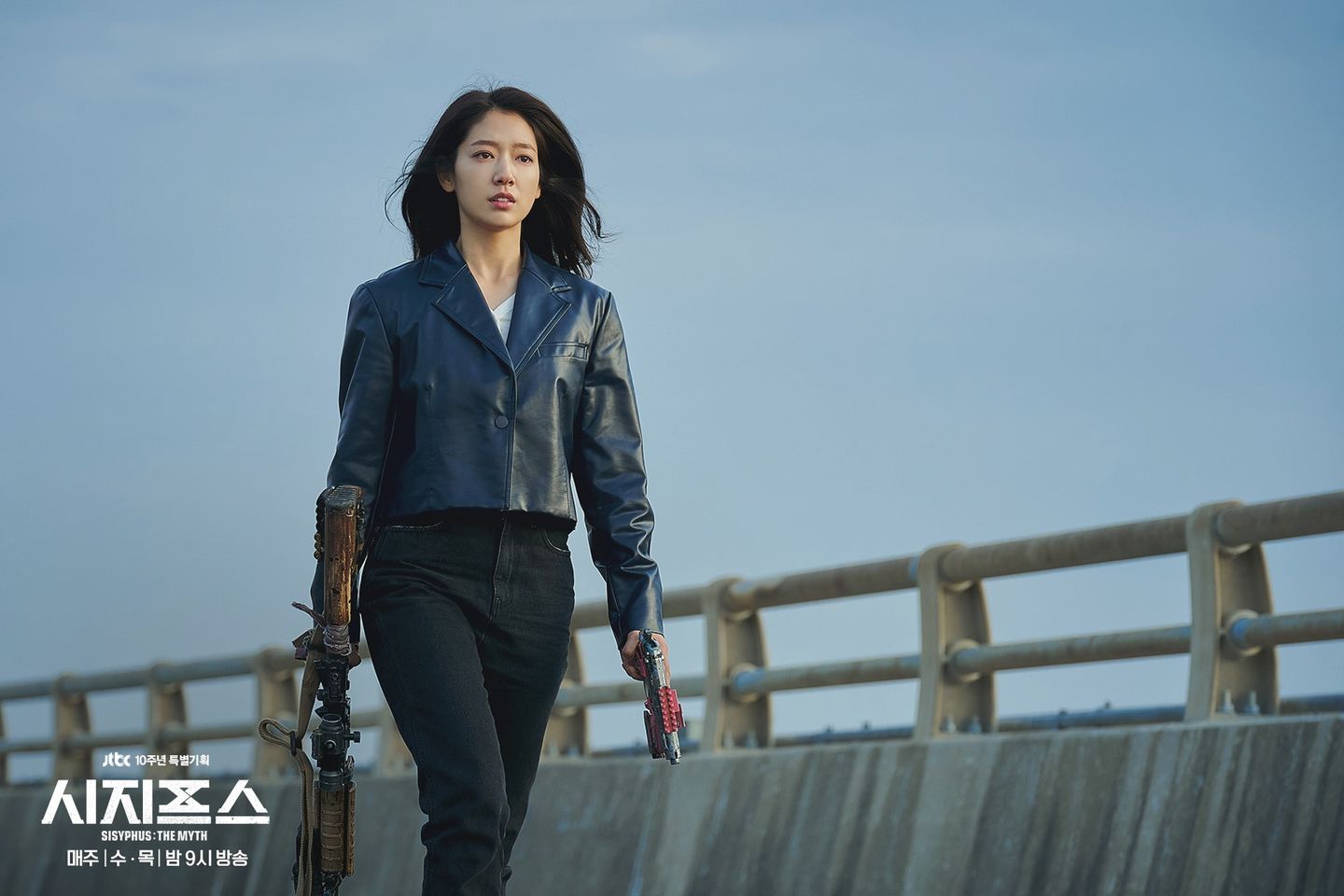 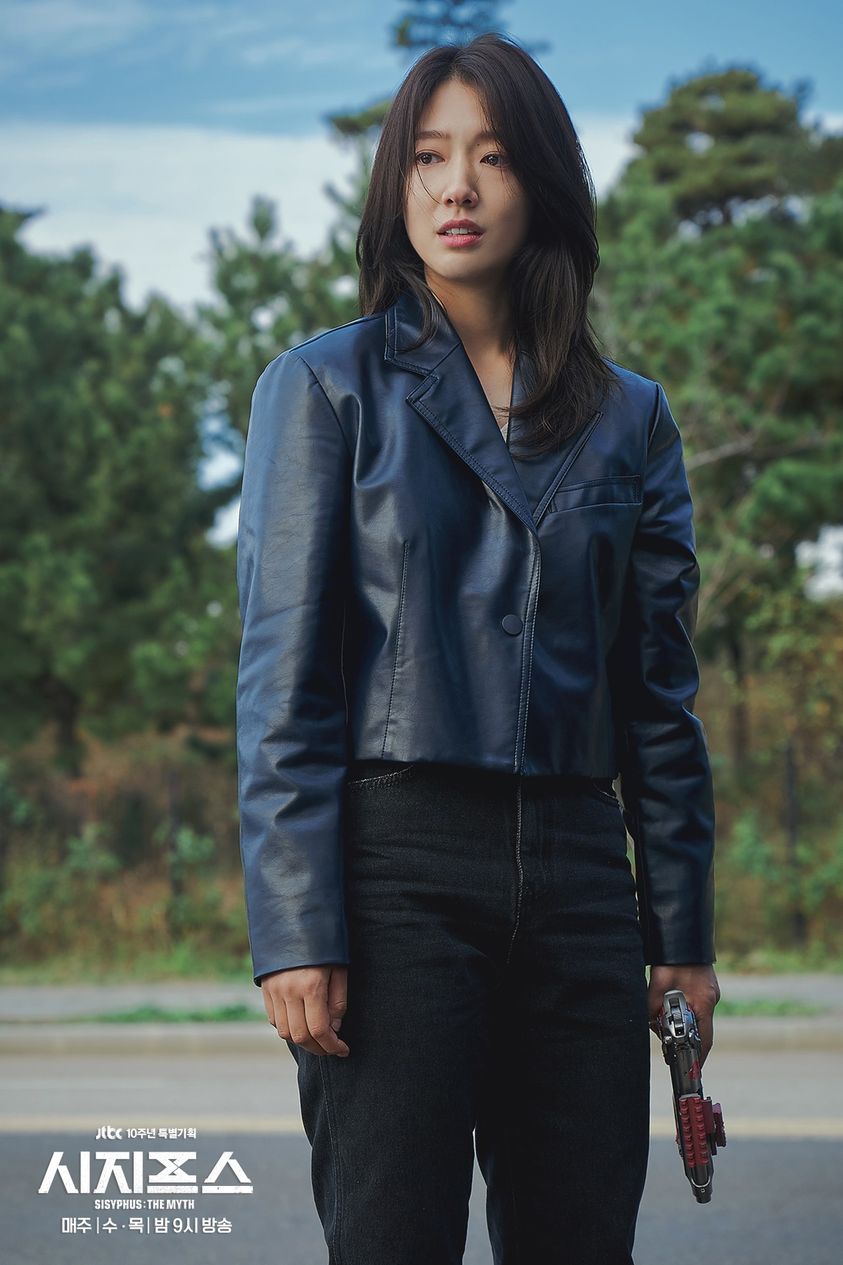 “Seo Hae and Hyun Gi will finally see their last showdown,” the production staff stated. “After getting caught in the bureau’s schemes and perpetrating all kinds of terrible deeds, will Hyun Gi finally learn the truth? Please tune in to ‘Sisyphus: The Myth’ until the end to find out.”

“Sisyphus: The Myth” will air its final two episodes on April 7 and 8.

Park Shin Hye
Go Yoon
Sisyphus: The Myth
How does this article make you feel?