SM Entertainment has restructured its system for subsidiary companies.

On April 5, SM announced the establishment of a new subsidiary company, SM Studios, which is wholly owned by SM Entertainment. All of SM’s shares in SM C&C, KeyEast, SM Life Design Group, DEAR U, and Mystic Story will be invested in kind to SM Studios.

SM Culture & Contents (SM C&C) is an advertising and content production business, as well as a management agency for actors and entertainers. KeyEast is a management agency for actors as well as a drama production company. DEAR U is a mobile application development and operation company, while Mystic Story manages actors and musicians and produces content.

SM Entertainment stated, “Through the integrated management of the drama, entertainment, and new media sectors, the companies affiliated with SM Studios will have more collective bargaining power and gain market competitiveness. Through this reorganization, we intend to focus more on the music business, which is the heart of SM Entertainment.” 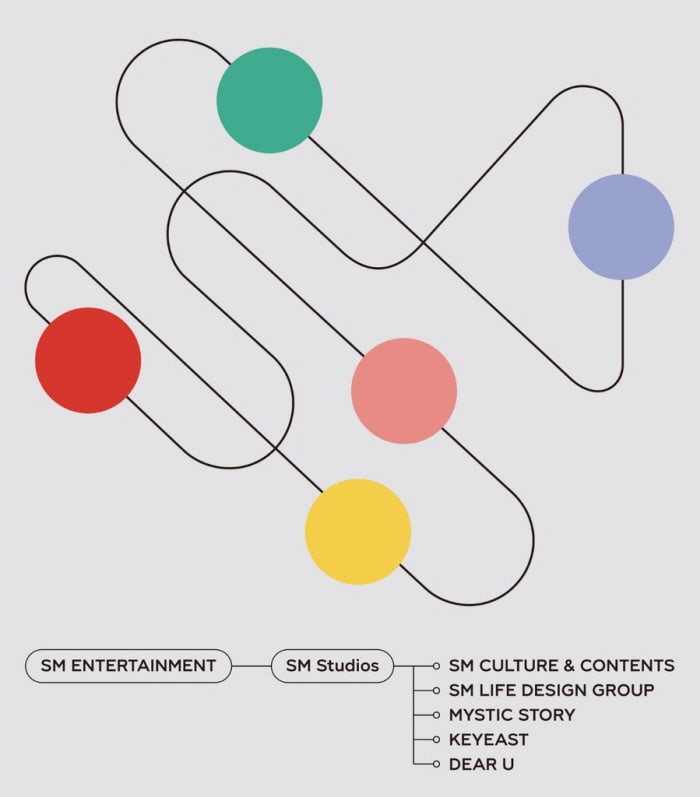