“Doom at Your Service” has released the first stills of Park Bo Young and Seo In Guk together!

The upcoming fantasy romance drama is about a man named Myul Mang who causes everything he touches to vanish (Seo In Guk) and a woman named Tak Dong Kyung who puts her life on the line to avoid her fate (Park Bo Young). It is written by Im Me Ah Ri of “Beauty Inside“ and directed by Kwon Young Il of “My Unfamiliar Family.”

The stills released on April 8 give a glimpse of the two characters meeting for the first time at the hospital.

Tak Dong Kyung appears to be in somewhat of a daze, and blocking her way is Myul Mang wearing a doctor’s coat while looking at her with a cynical expression.

Myul Mang is keeping Tak Dong Kyung steady as he holds onto her arms, and she also grasps onto him as they make eye contact. 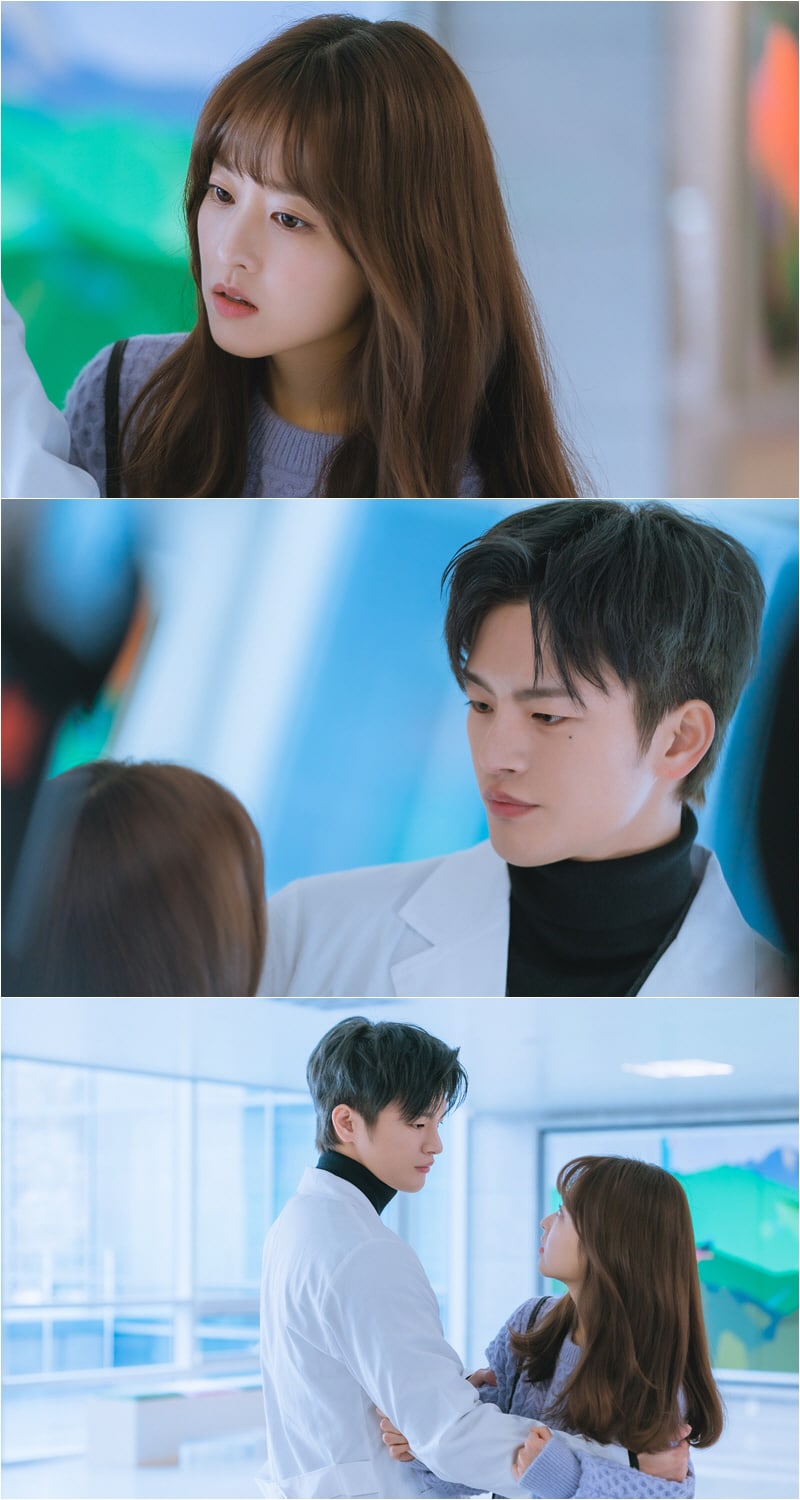 The drama’s production team commented, “Park Bo Young and Seo In Guk showed perfect acting chemistry starting with the first shoot and drew smiles from the staff as it was heart-fluttering just to see them together,” and asked that viewers anticipate their romance.

In the meantime, watch Seo In Guk in “Shopaholic Louis“:

And Park Bo Young in “Strong Woman Do Bong Soon“: