Yeo Jin Goo and Shin Ha Kyun have come to the final stage of their dangerous collaboration in “Beyond Evil”!

On April 8, JTBC released stills of Lee Dong Shik (Shin Ha Kyun) and Han Joo Won (Yeo Jin Goo) exchanging precarious looks in the rain. They have seen through the schemes laid by Han Gi Hwan (Choi Jin Ho) and Lee Chang Jin (Heo Sung Tae) and now all that remains is to see what choices the two men will make to put an end to the unsolved tragedy.

In the previous episode, Lee Dong Shik and Han Joo Won finally dragged the true nature of the monster out into the light. They tracked down the secret rendezvous between Han Gi Hwan and Lee Chang Jin, and through a wiretap that Han Joo Won had arranged in advance, learned the shocking truth. The person who drove Kang Jin Mook (Lee Kyu Hee) to suicide was Han Gi Hwan, and Jung Chul Moon (Jung Kyu Soo), who suspected the truth, was his next target. When Han Joo Won learned that the person who ran over Lee Yoo Yeon (Moon Joo Yeon) 21 years ago was his father, he exploded with rage, sorrow, and betrayal.

In the new stills, Han Joo Won carries this whole storm of emotions with him as he seeks out Lee Dong Shik as promised. He ends up kneeling before the other man in tears, but Lee Dong Shik’s expression is either lost in confusion or cold and unreadable. 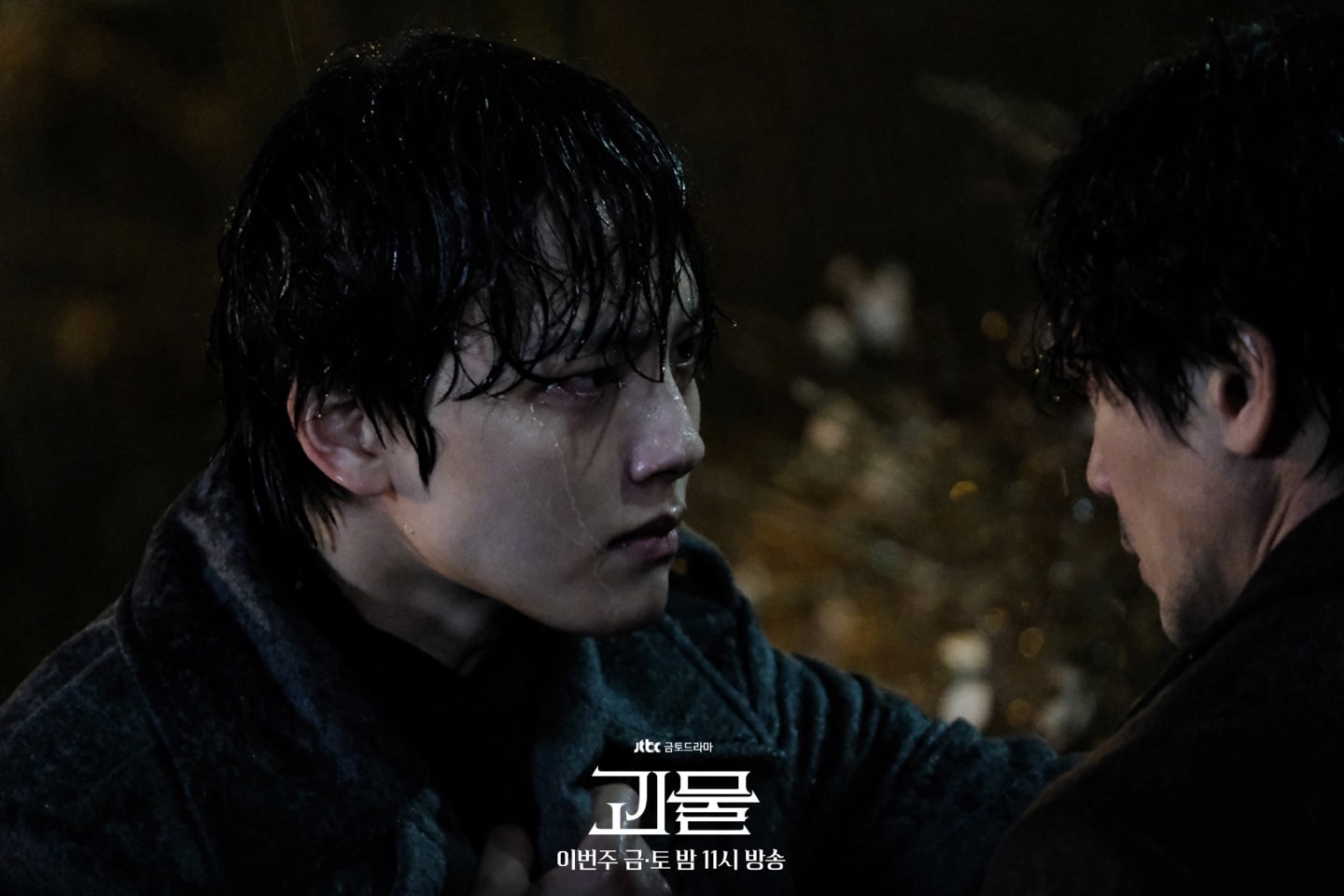 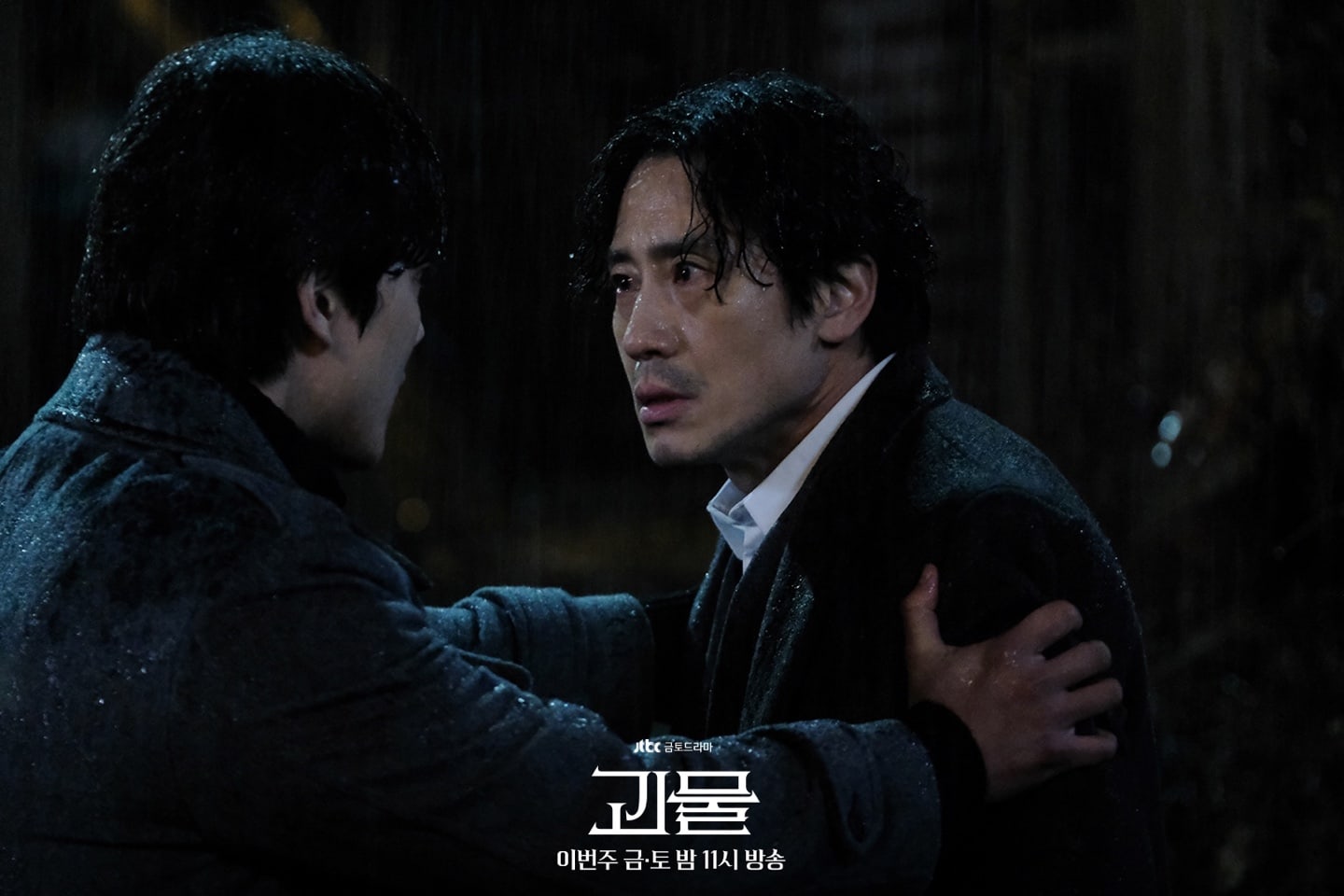 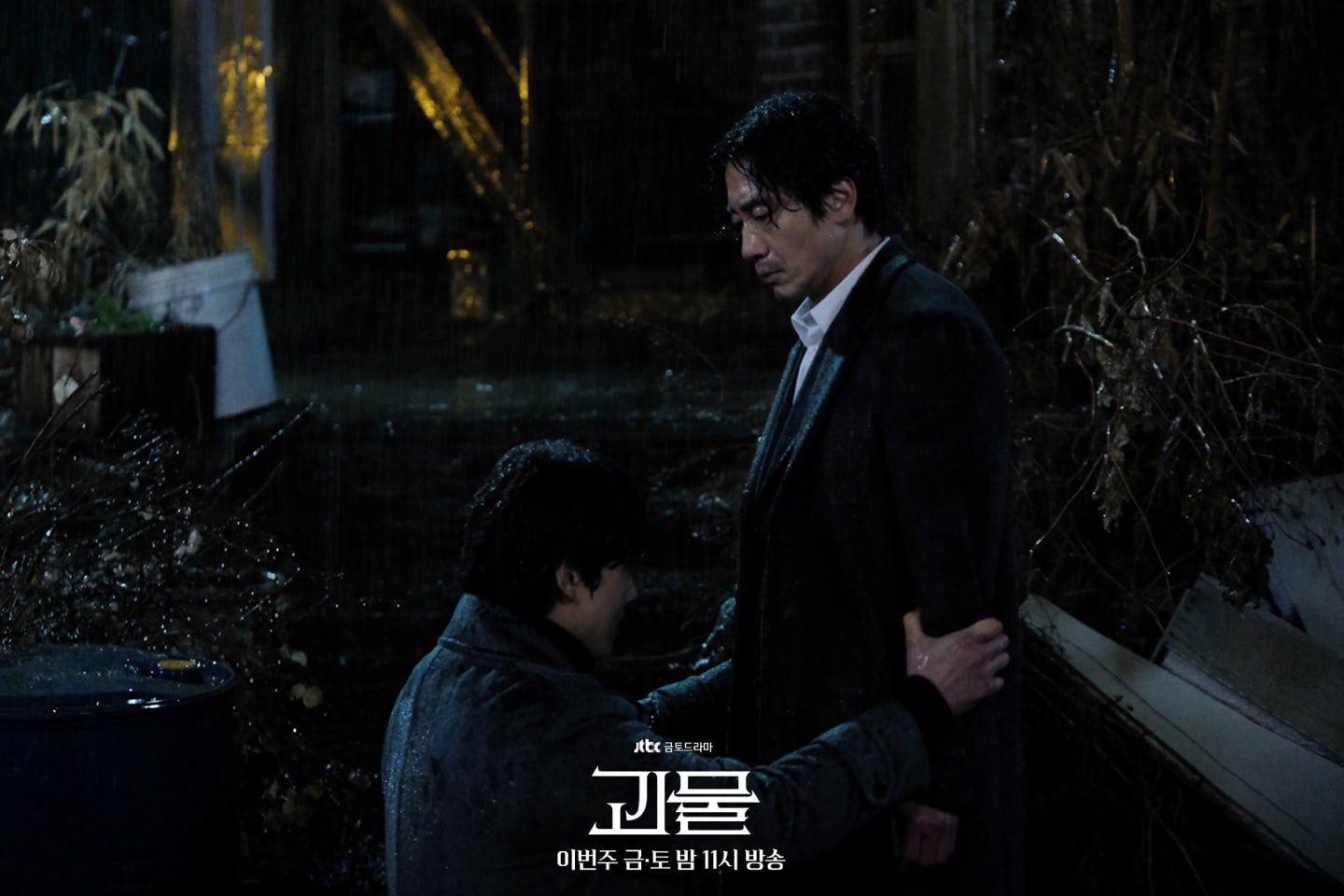 Another set of stills promises more dangerous behavior from Lee Chang Jin. Through him, Han Gi Hwan plans to get rid of Jung Chul Moon, who has the CCTV footage from Kang Jin Mook’s death. Lee Dong Shik and Han Joo Won move to stop them, resulting in a tense, fraught confrontation in an empty field. 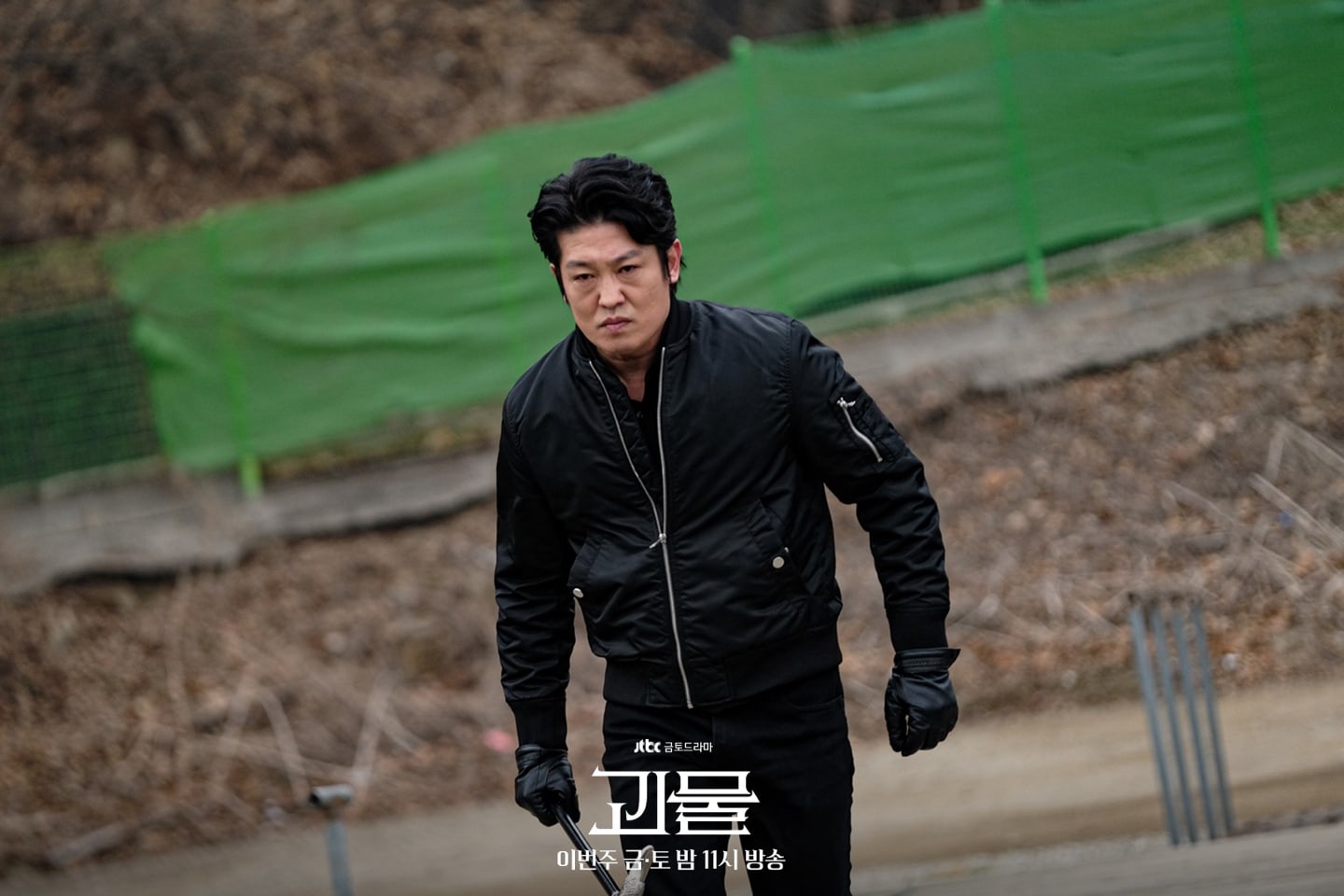 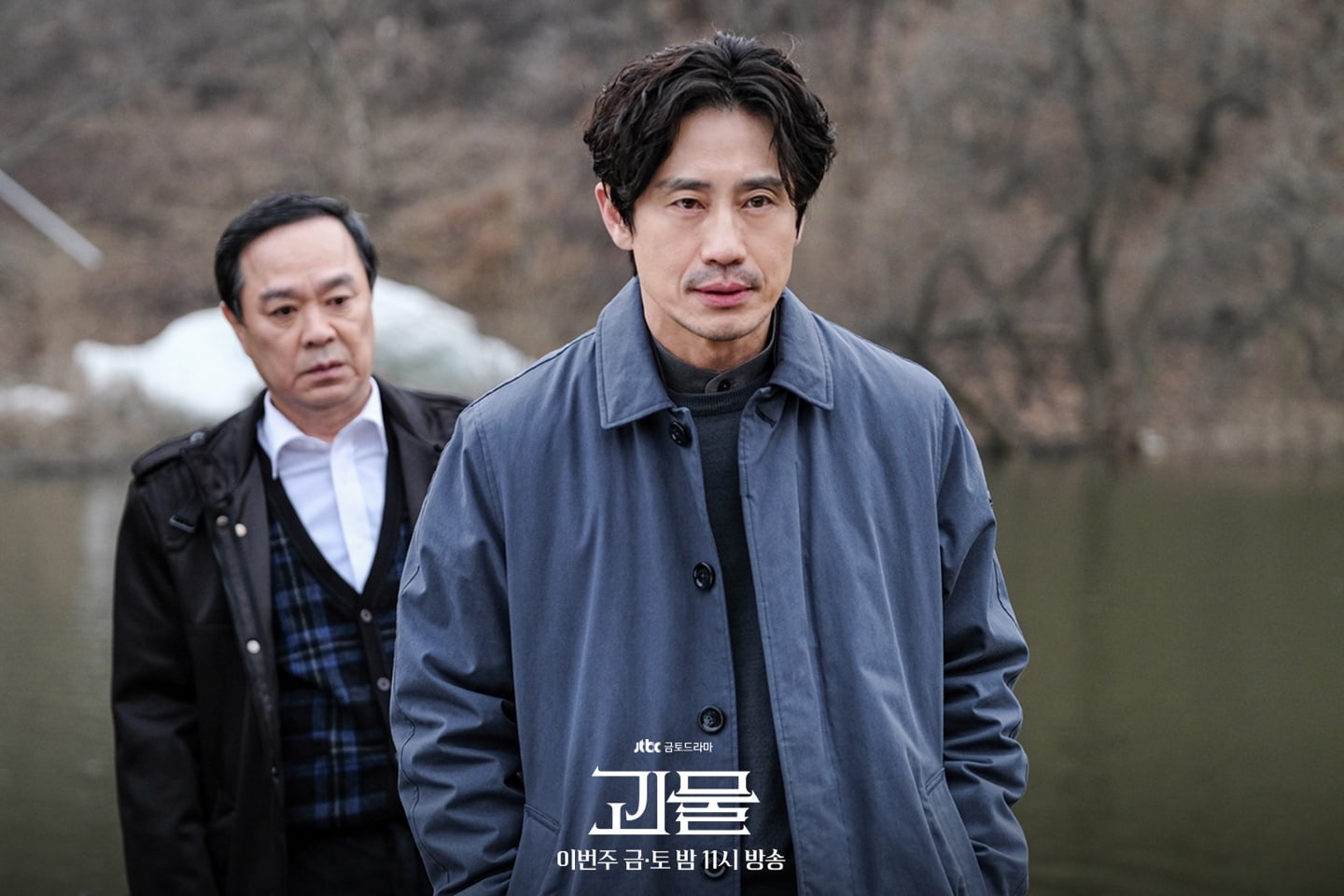 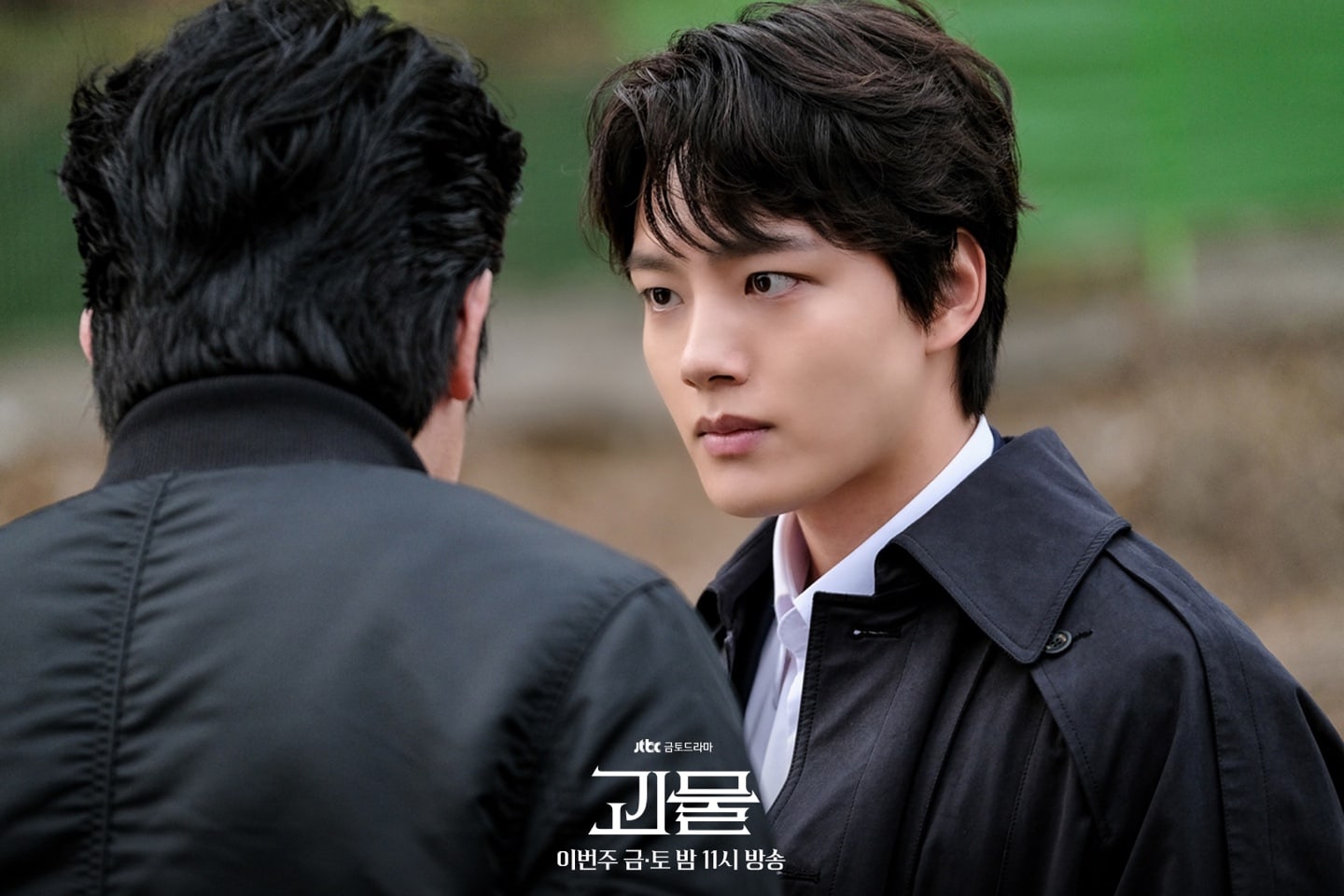 “Beyond Evil” will also be available on Viki starting April 9. Check out the trailer here: