Set in the Joseon dynasty, “Bossam – Stealing Fate” is a new historical drama starring Jung Il Woo as Ba Woo, a rogue with a mysterious identity who accidentally kidnaps a princess. Girls’ Generation’s Yuri will star as Soo Kyung, the princess in question, who is the widowed daughter of King Gwanghae.

In the newly released poster, the dangerous aura of the rough-around-the-edges Ba Woo and the dark, almost sorrowful look in his eyes hints at the character’s tragic past. Although Ba Woo was born an aristocrat, his entire family died at the hands of the scheming Lee Yi Chum (played by Lee Jae Yong), who happens to be Soo Kyung’s father-in-law.

After barely escaping with his life, Ba Woo has been hiding his true identity to stay alive, and he has since resorted to all sorts of illegal jobs in order to make ends meet.

Meanwhile, the pure-hearted and resolute Soo Kyung exudes an air of elegance and dignity despite the ups and downs of her turbulent life. After being married off to Lee Yi Chum’s son in a political deal, Soo Kyung unexpectedly became a widow when, in a tragic twist of fate, her husband died before their wedding night. 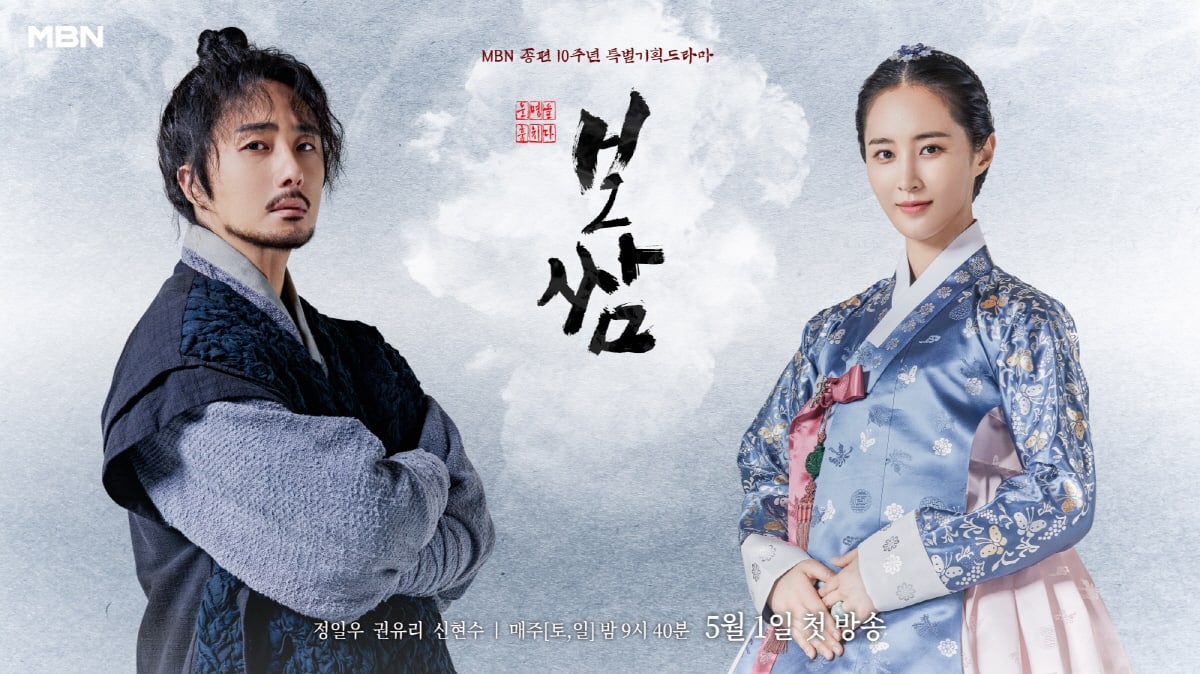 Against all odds, these two very different characters wind up crossing paths when Ba Woo accidentally kidnaps the unfortunate Soo Kyung—but while they initially get off on the wrong foot, they soon find strength in each other as they join forces to overcome their hardships together.

MBN commented, “Ba Woo and Soo Kyung, who must hide their identities, will depict a heart-wrenching romance as they come to understand one another, empathize with one another, and feel each other’s pain. We ask that you show a lot of interest and love for actors Jung Il Woo and Kwon Yuri, who are able to tell a story with just the look in their eyes, and the heartbreaking love story into which the two actors will breathe life.”

In the meantime, watch Jung Il Woo in his previous drama “Sweet Munchies” with subtitles below: