Tension will escalate in the upcoming episode of JTBC’s “Beyond Evil”!

In the previous episode, Lee Dong Shik (Shin Ha Kyun) and Han Joo Won (Yeo Jin Goo) finally dragged the true nature of the monster out into the light. They tracked down the secret rendezvous between Han Gi Hwan (Choi Jin Ho) and Lee Chang Jin (Heo Sung Tae) and learned the shocking truth. The person who drove Kang Jin Mook (Lee Kyu Hee) to suicide was Han Gi Hwan, and Jung Chul Moon (Jung Kyu Soo), who suspected the truth, was his next target. When Han Joo Won learned that the person who ran over Lee Yoo Yeon (Moon Joo Yeon) 21 years ago was his father, he exploded with rage, sorrow, and betrayal.

In the new stills, Han Joo Won and Han Gi Hwan have a tense confrontation with each other. Han Gi Hwan, who usually maintains a poker face, flies off the handle and grabs his son’s collar in rage. Han Joo Won refuses to back down, and he sharply glares at his father with a stormy expression. 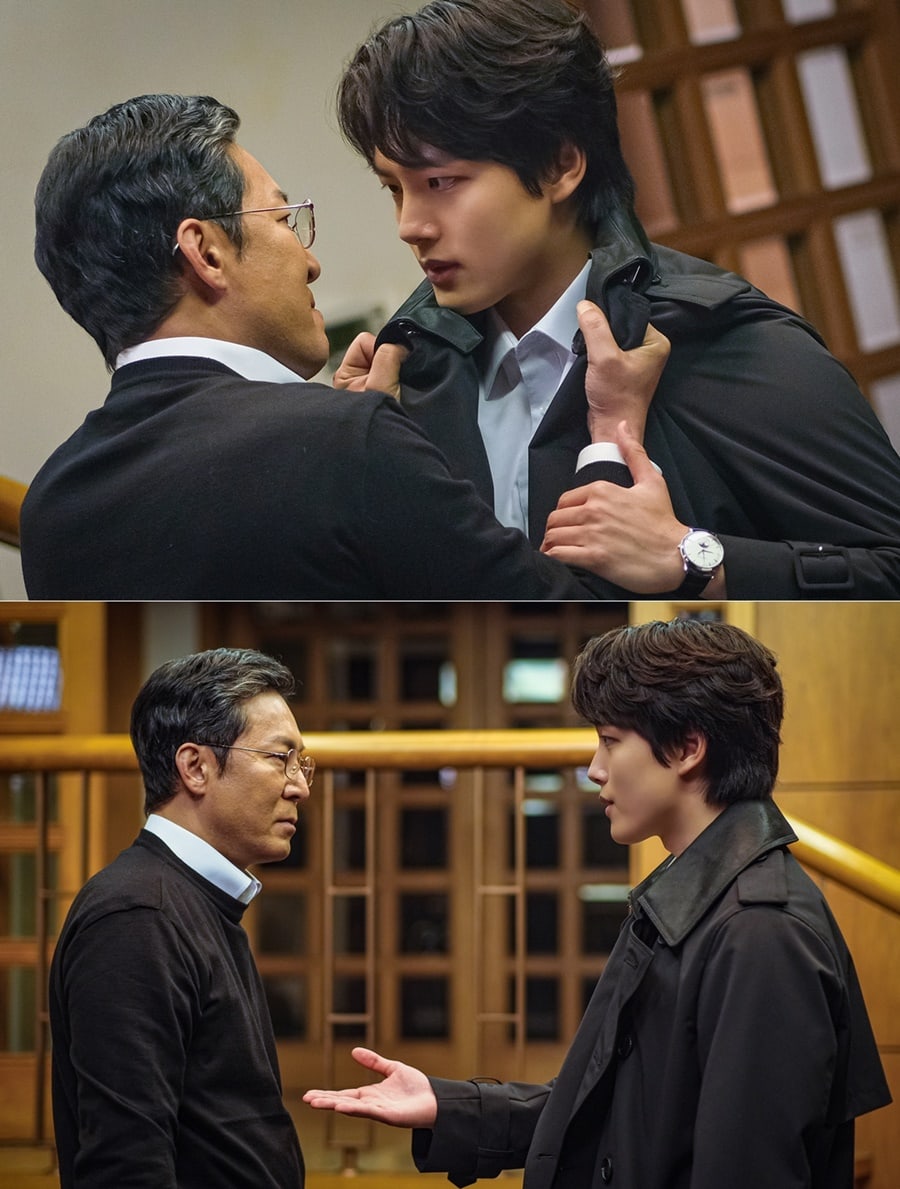 Another set of stills share a glimpse of Lee Dong Shik and Han Joo Won. Lee Dong Shik looks shocked at the sight of something, whereas Han Joo Won’s face is filled with determination. Viewers can look forward to unpredictable twists and turns until the end. 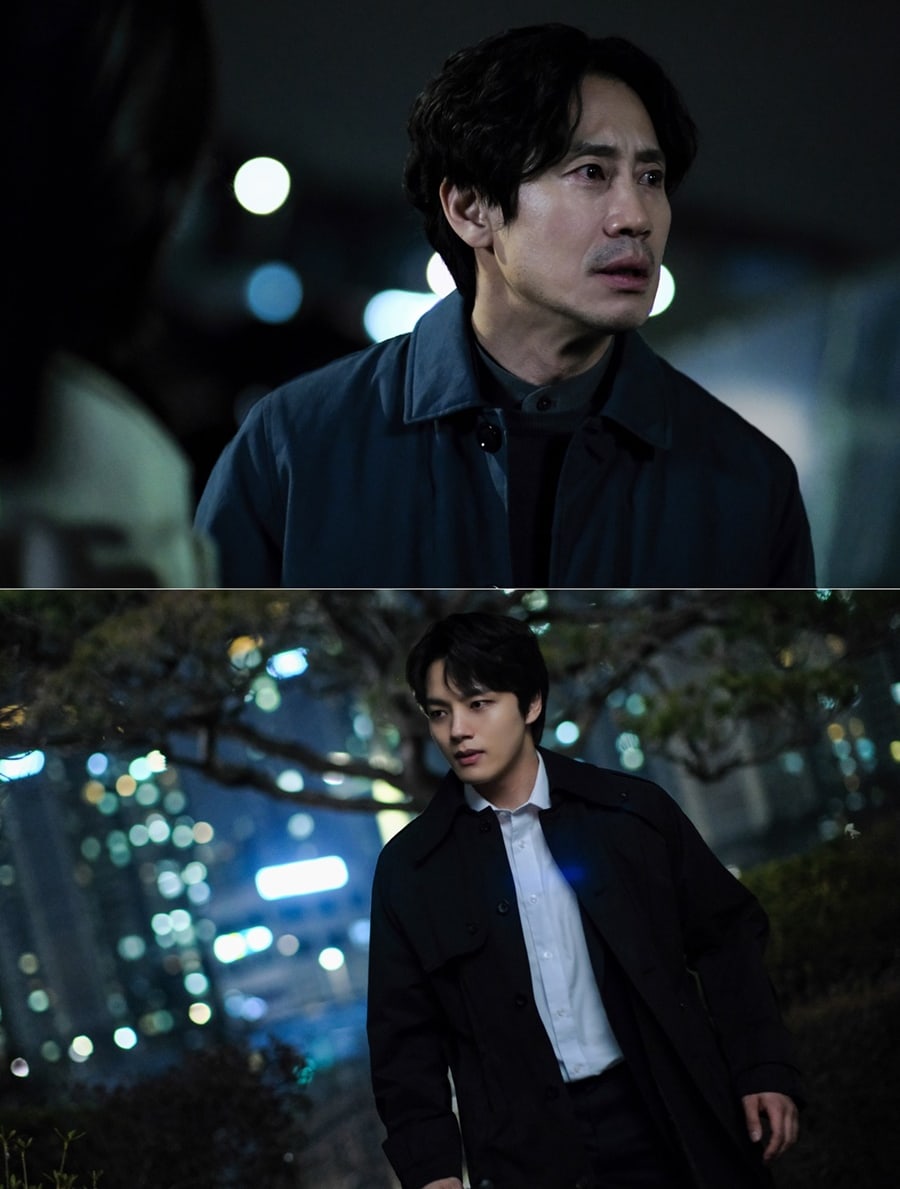 In episode 15, Lee Dong Shik and Han Joo Won will work together to prevent another tragedy. The production team hinted, “Please wait and see how Han Joo Won’s anger will affect their journey to find the truth. [The two characters] will come across unfinished calamities and unexpected twists. Please look forward to their synergy that will reach its peak.”

Watch “Beyond Evil” on Viki: