First off, Yoon Kyung Ho appears for his special appearance and brightens up the atmosphere with hilarious lines that aren’t even part of the script. After filming, someone asks Yoon Kyung Ho, “You wonder why you even came here, huh?” Laughing, the actor admits, “Yeah. Filming is really fun, but I don’t think I have the guts to watch the broadcast.”

Next, the clip shares a glimpse of 2PM’s Taecyeon being soaked with pig blood. During filming, his expression is dark and fierce, but once the camera turns off, he pouts unhappily and pretends to cry. He motions for the crew member filming the making-of video to come closer. Then he complains, “Honestly, what did I do so wrong? I failed to make drugs. All I did was kill a prosecutor. Don’t you think you’re taking this too far?”

Then after a second take with Song Joong Ki and Jeon Yeo Bin cheering from the opposite side, Taecyeon states, “Do you think I’m the only villain here? They’re villains too! They say you punish evil with evil, but why isn’t anyone punishing them?” The screen changes to Song Joong Ki and Jeon Yeo Bin who are dancing with blank expressions, and the caption reads, “Because we’re nice villains.” 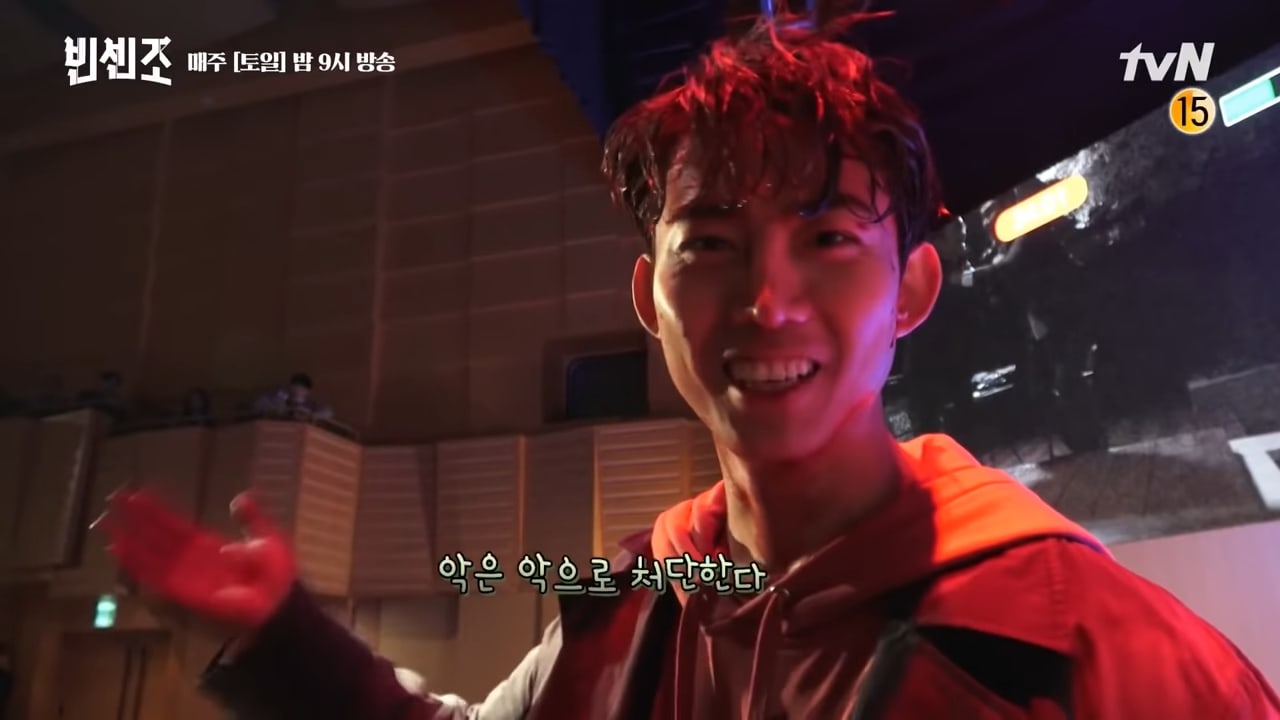 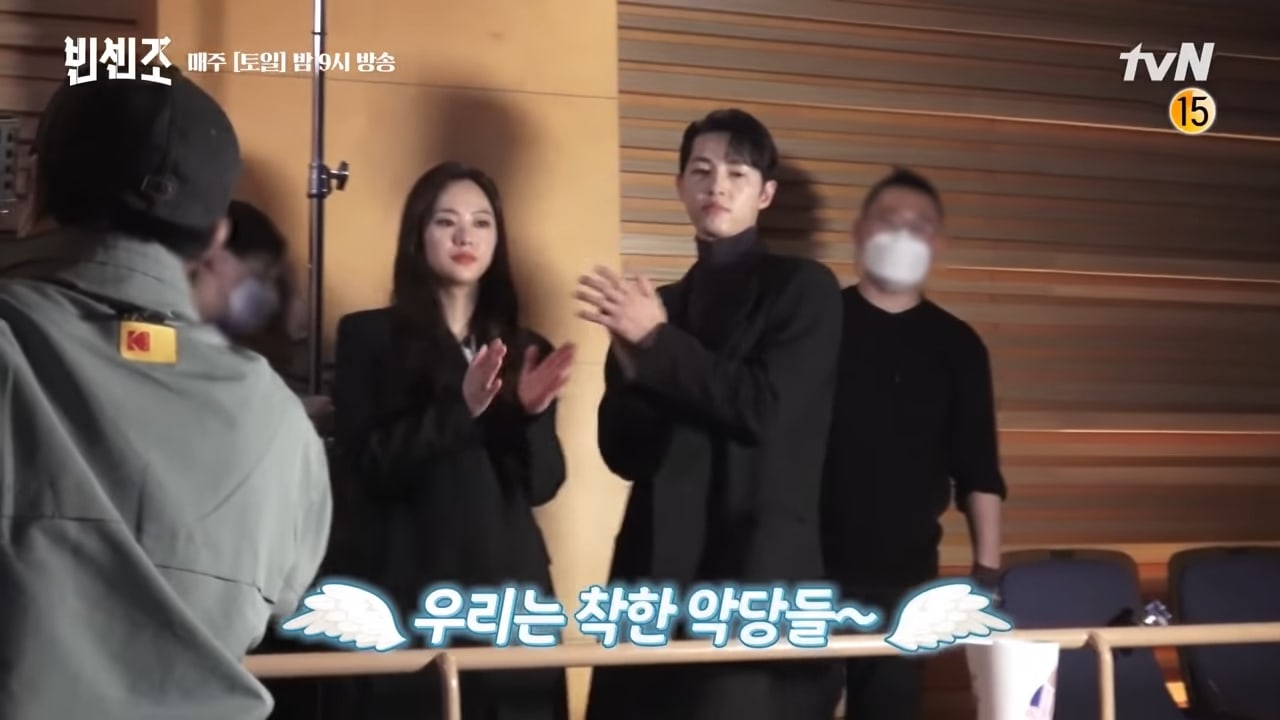 Then Song Joong Ki and Jeon Yeo Bin pair up for an eating scene. Song Joong Ki asks if they can really eat the food, and the director enthusiastically gives him permission. However, Song Joong Ki drops his food, and he starts to feel awkward about continuously eating on screen. He breaks into a smile, and the director laughs as she asks, “Why are you smiling? Even you think this is ridiculous, don’t you?” He makes an excuse, saying, “I need to eat the pajeon (Korean pancake) in order to get into the scene.” 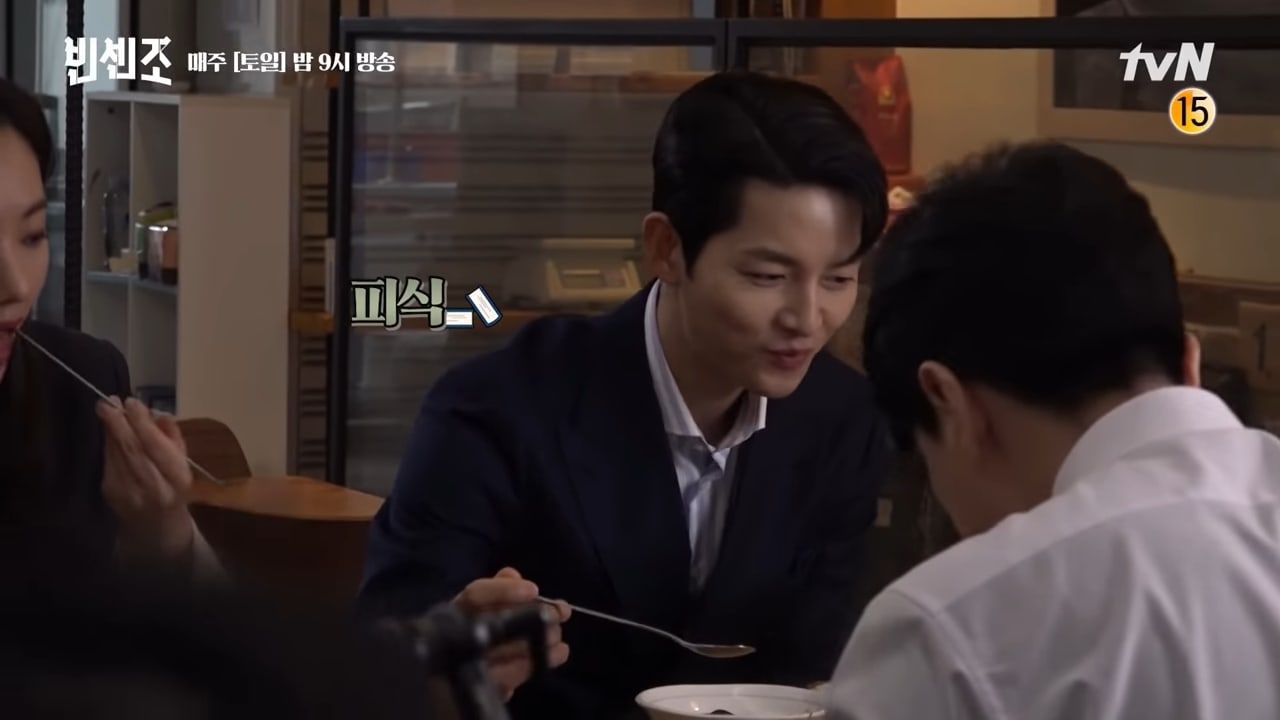 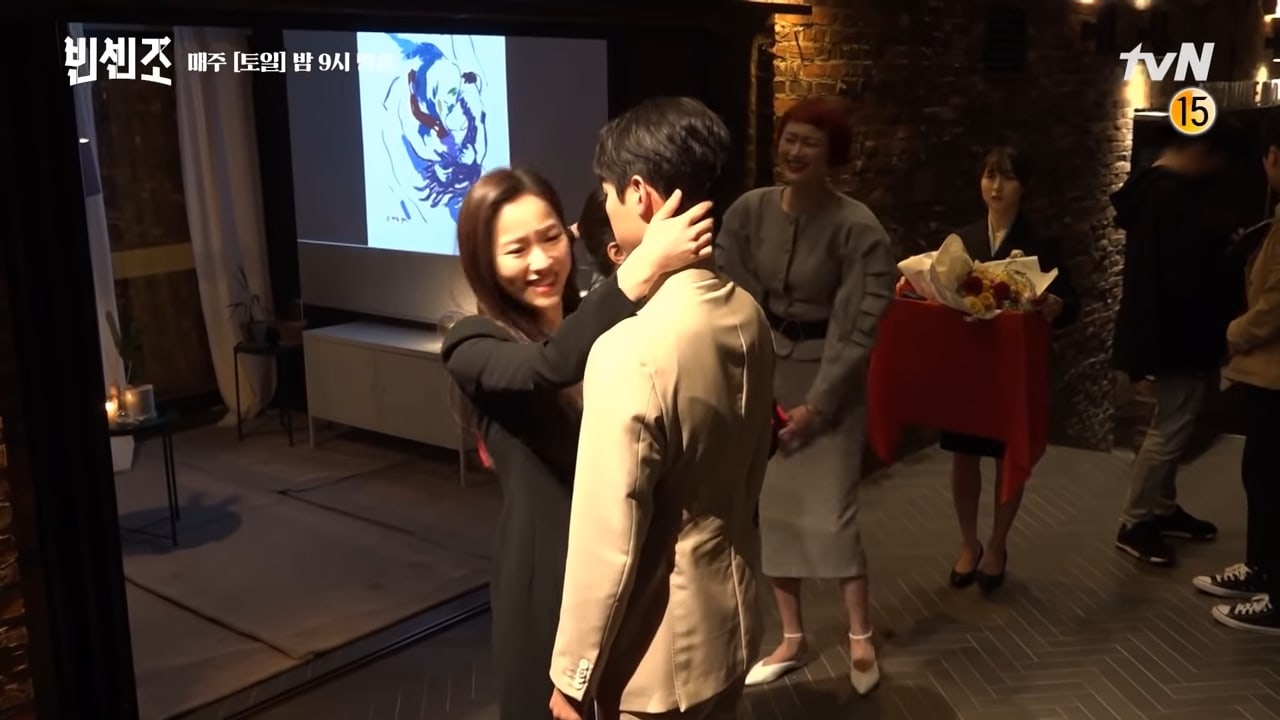 “Vincenzo” airs on Saturdays and Sundays at 9 p.m. KST.

In the meantime, watch Taecyeon in “The Game: Towards Zero“: