tvN’s “Vincenzo” has revealed new stills ahead of tonight’s episode!

The next episode will contain unexpected twists, and one of them will be an encounter with Jang Han Seo (Kwak Dong Yeon), who is Jang Joon Woo’s younger half-brother. Jang Han Seo comes to Jipuragi Law Firm, and Vincenzo, Hong Cha Young, and Nam Joo Sung (Yoon Byung Hee) regard him coolly with unimpressed eyes. They’re not thrilled to see him, and they exude an unwelcoming aura, but they sit down to hear what he has to say first. 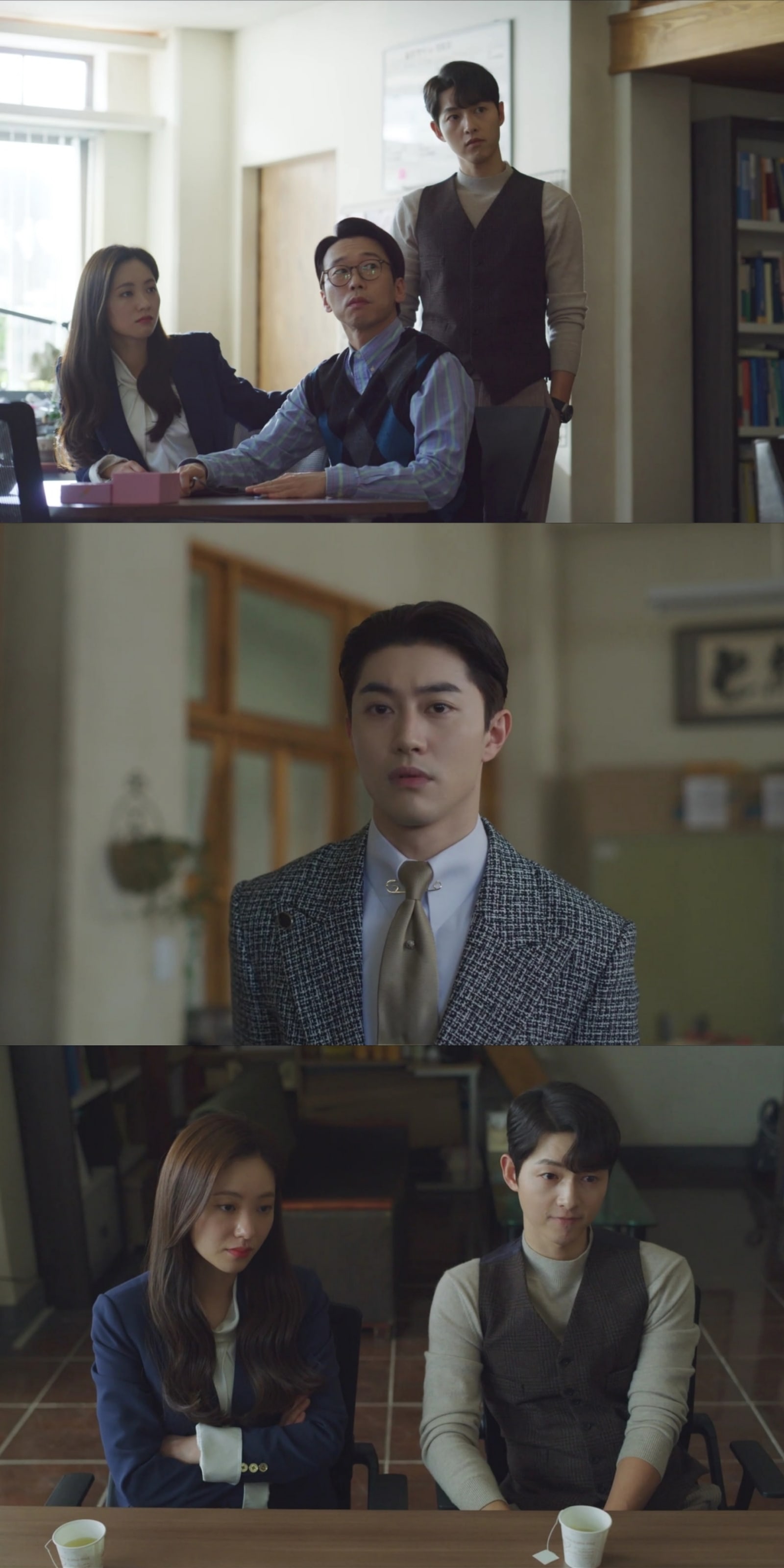 The production team hinted that the villains will fight back this time, and it will be intriguing to see who will win in this fierce competition between villains and anti-heroes.