Get ready for the final showdown between Yeo Jin Goo, Shin Ha Kyun, and Choi Jin Ho on “Beyond Evil”!

In the previous episode, Lee Dong Shik (Shin Ha Kyun) and Han Joo Won (Yeo Jin Goo) put their heart and soul into stopping stop tragedy from repeating itself. However, Han Joo Won stated Jung Chul Moon (Jung Kyu Soo) was dead, throwing viewers into confusion. Han Joo Won looked at his bloodstained hand and said, “I think I killed him,” and Lee Dong Shik was shocked by the unexpected events. On top of that, Han Gi Hwan (Choi Jin Ho) was appointed the head of the National Police Agency, signaling an unpredictable development in the story. 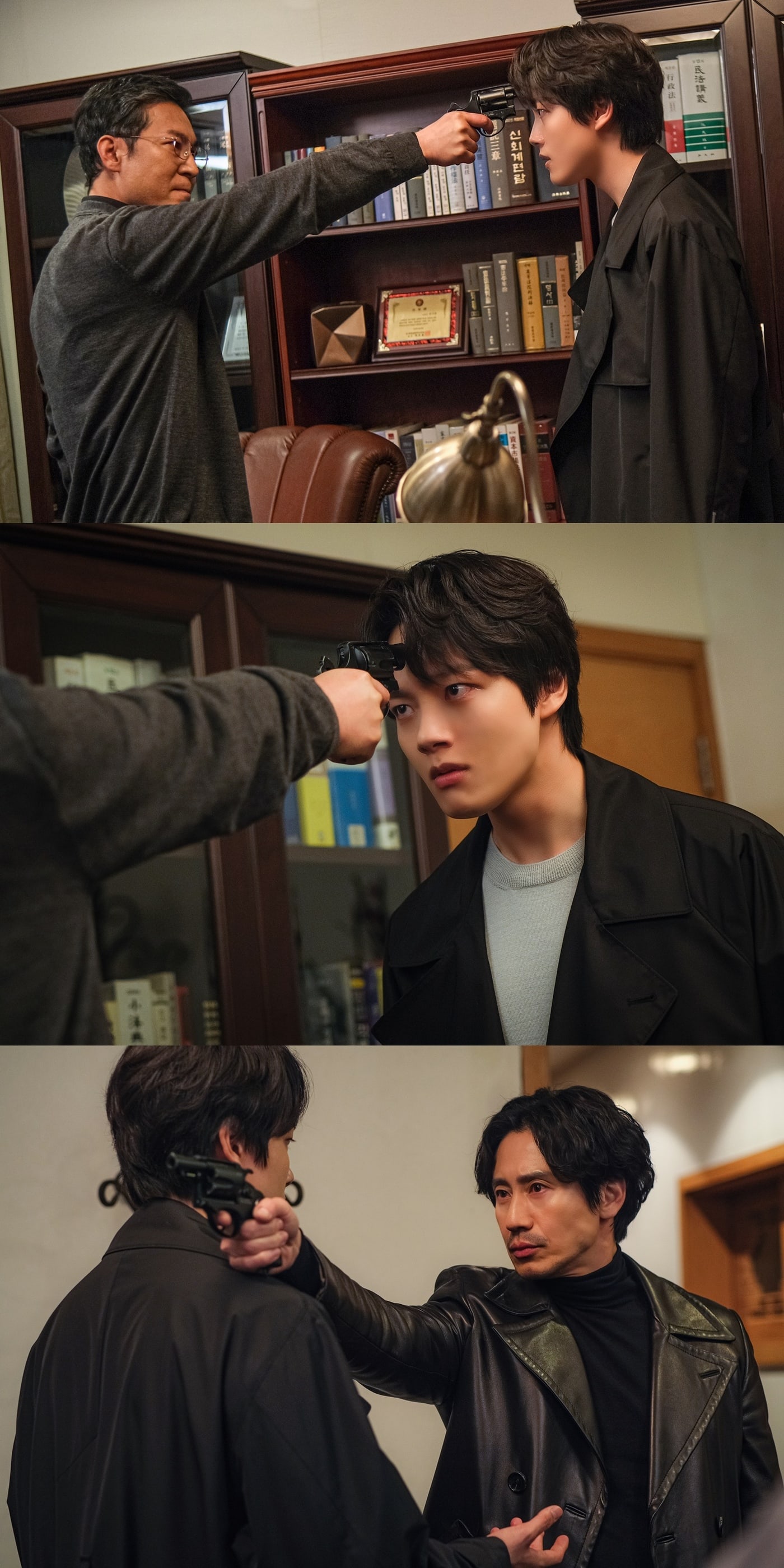 The production team commented, “Please watch to see the final choices that Lee Dong Shik and Han Joo Won will make. What is beyond the truth found by the two men who fiercely chased after the monster? The lingering feelings will be as deep as their desperation, and the ending will be very ‘monster-like.'”