The stars of “The Penthouse” talked about what occurred behind the scenes of the hit drama!

Regarding her on-screen mother Kim So Yeon, Choi Ye Bin shared, “She’s a really great person. She was considerate while filming, and even though there were a lot of fighting scenes, I actually received energy.” She added, “She also gave me a birthday gift. It was perfume.”

Super Junior’s Kyuhyun commented, “Kim So Yeon is famous for having a great personality in the entertainment industry. She periodically came to volunteer at the community relief center I worked at. She took care of the employees, made donations, and did a lot of good deeds.”

Jo Soo Min shared about her on-screen mother Lee Ji Ah, “She gave me lots of food to eat, and she loved me even when I was lying down in the coffin.”

Kim Hyun Soo revealed that she went to the set on the day of Eugene’s birthday to celebrate despite not needing to be there for filming. She explained, “I received a lot of help, so I really wanted to congratulate her on set.” Kim Hyun Soo added, “There were too many fighting scenes in season one. I could immerse myself even better because she took care of me and treated me affectionately like a real mother.” Afterwards, Kim Hyun Soo, Choi Ye Bin, and Jo Soo Min sang S.E.S.’s “I’m Your Girl” together. 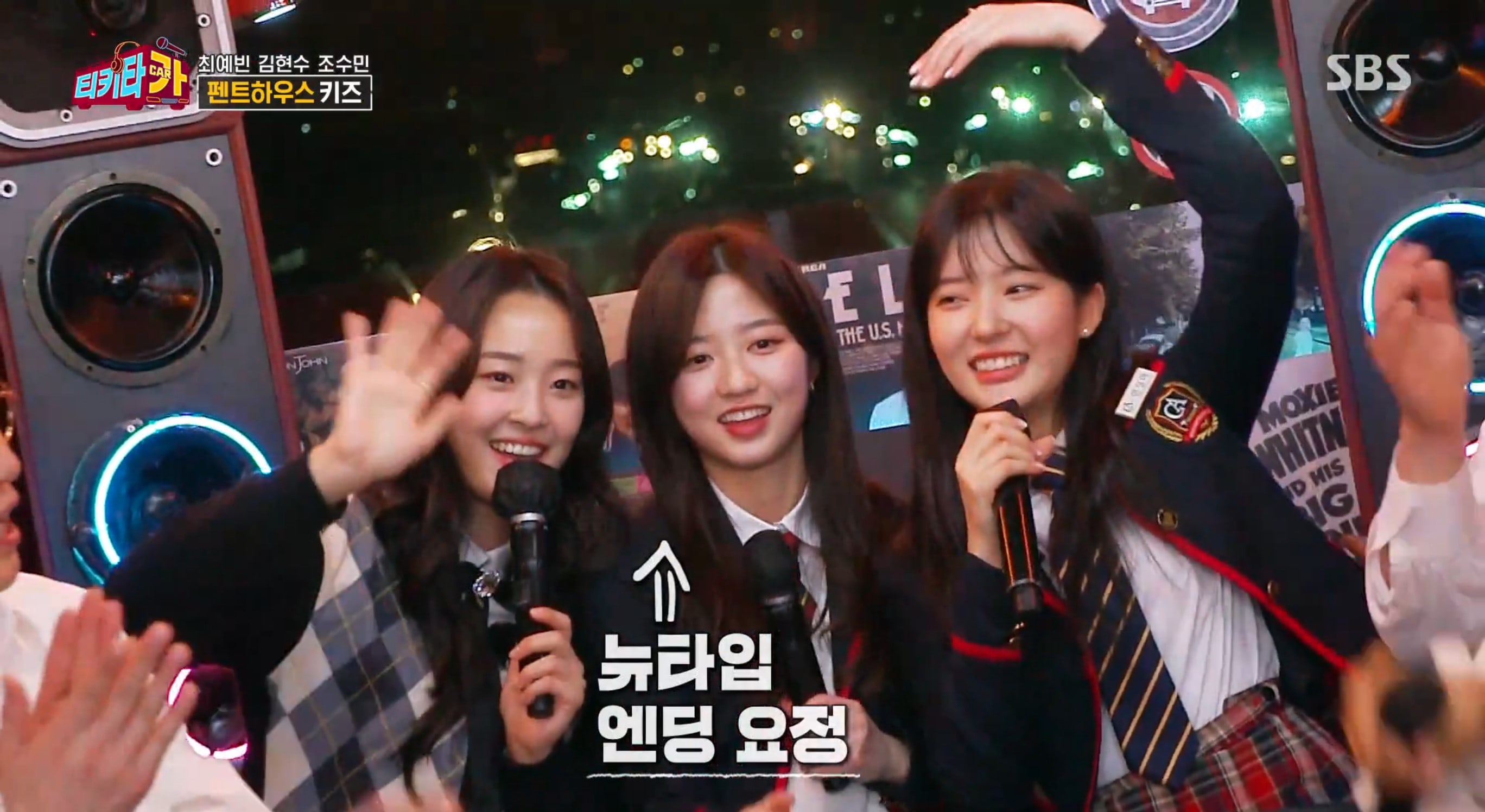 Furthermore, the three actresses talked about how the drama prevented spoilers. Jo Soo Min explained, “When I went to film the scene in which Ro Na (Kim Hyun Soo) dies for season two, they gave me the script for just that scene. That’s why I thought Ro Na would die, so I was really surprised when she was alive while I was watching TV.” Kim Hyun Soo also added, “I thought I was really dead.”

Choi Ye Bin shared, “Each of our scripts have different numbers. To prevent leaks, the scripts are numbered so we can tell whose script it is. That’s why we preciously treasure them.” 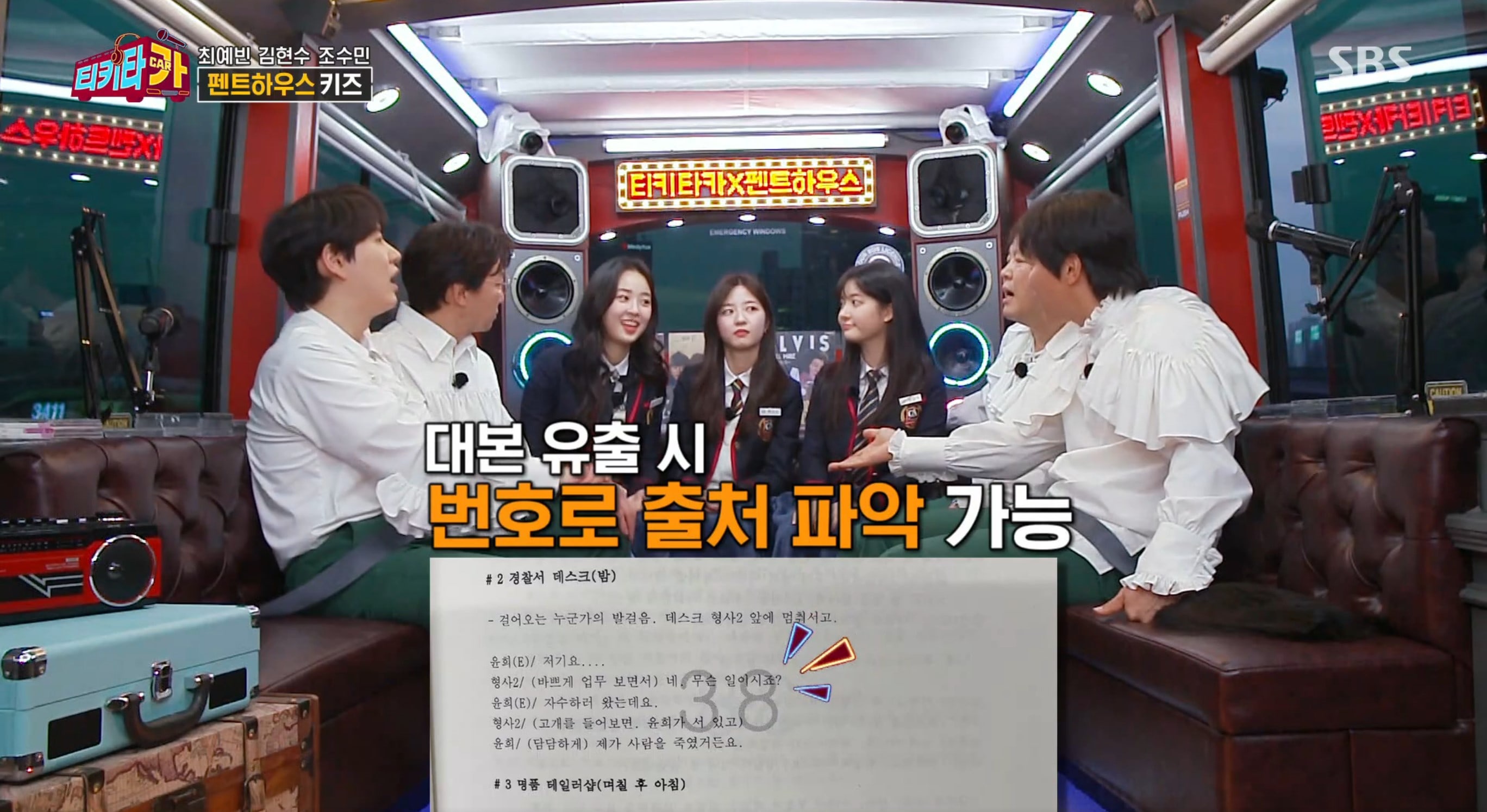 Check out the three actresses’ rendition of S.E.S.’s “I’m Your Girl”!

If you haven’t already, watch “The Penthouse 2” here:

Catch a recent episode of “Tiki taCAR” below: