Han Bi Soo and Oh Joo In’s romance is picking up speed. In the previous episode, he confessed to her, and not long after, she gave him a kiss on the cheek. Viewers are intrigued to see where their relationship will head to in the next episode.

On April 12, the drama unveiled new stills that show Han Bi Soo and Oh Joo In meeting at the second-hand record shop “Just Record.” This is a meaningful spot where Han Bi Soo confessed sincerely to her in the fifth episode.

In one photo, Han Bi Soo is sitting alone in the listening room. He has changed a lot after living with Oh Joo In and falling for her. He used to always be indifferent and angry, but after meeting her, he smiles more often. However, in the newly released stills, his expression is impassive and dim, and it’s almost as if he has gone back to the time before he met Oh Joo In. This raises questions about what happened to Han Bi Soo.

Maybe it’s coincidence or fate, but Oh Joo In appears at the store as well. She enters the listening room where Han Bi Soo is sitting in, and he looks slightly surprised by her unannounced appearance. She sits beside him with a gentle smile, but he remains distant as he crosses his arms and stares at her. What kind of important conversation will they share in this meaningful space? 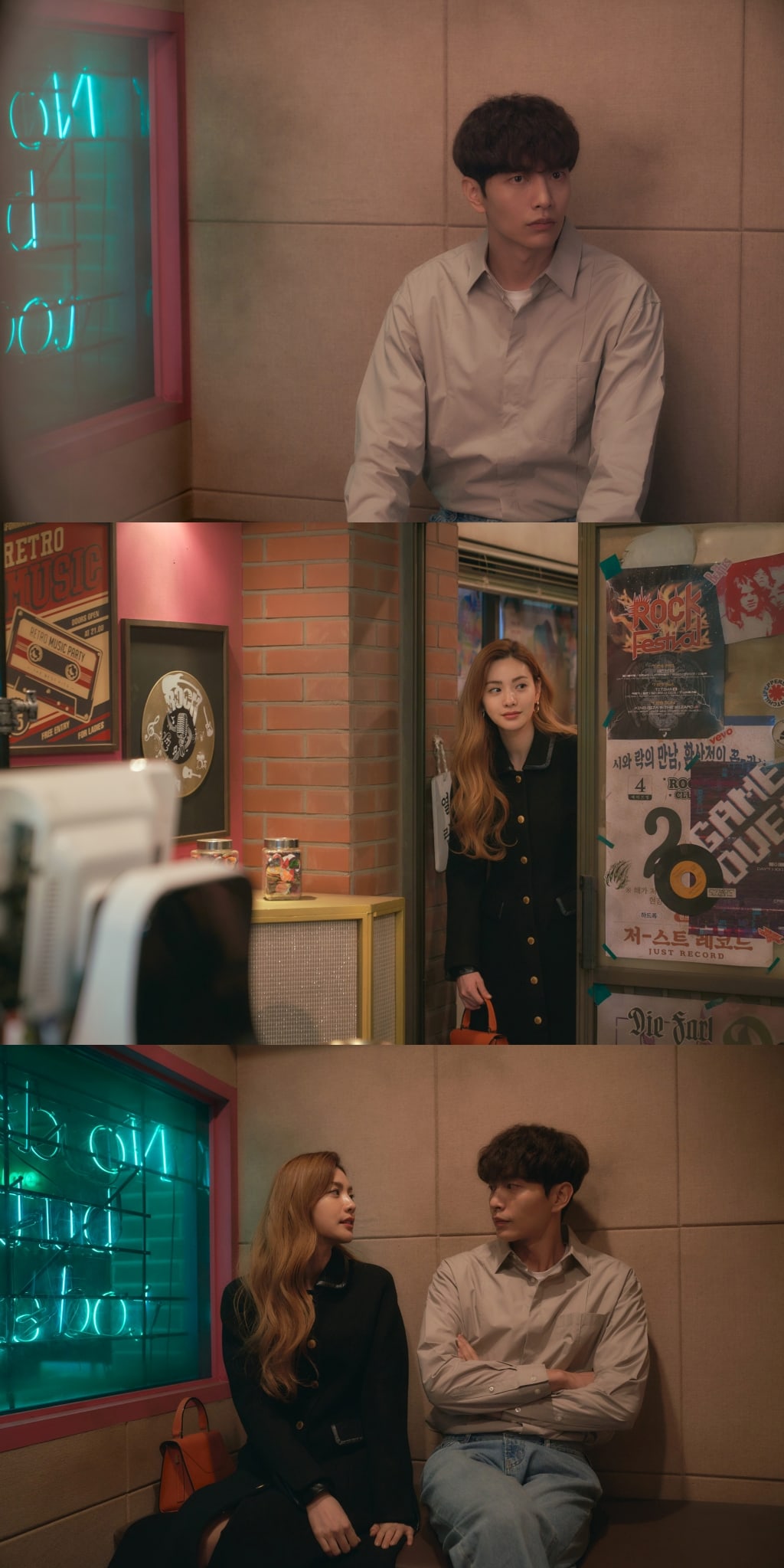 The production team shared, “Just as Han Bi Soo consoled Oh Joo In, Oh Joo In will now console Han Bi Soo. This is a story that penetrates the theme of our drama. Viewers will be able to see how important the feeling of love is to humans. Please show lots of interest and love for Lee Min Ki and Nana, who portrays their characters lightly, deeply, cutely, and affectionately.”

“Oh My Ladylord” airs every Wednesday and Thursday at 9:20 p.m. KST.

In the meantime, watch Nana in “Into the Ring” below: