On April 12, the drama released new stills of Hong Ji Ah and Oh In Bum’s partnership. They exchange a serious look in front of the stairs of Daebak Real Estate. She stares coldly at the end of the stairs, and her sharp gaze lands on Oh In Bum who was going up the steps one at a time. Hong Ji Ah’s expression is stiff with resolve, whereas Oh In Bum’s pupils are shaking with uneasiness. What is the secret of the suspicious staircase, and how will their partnership play out? 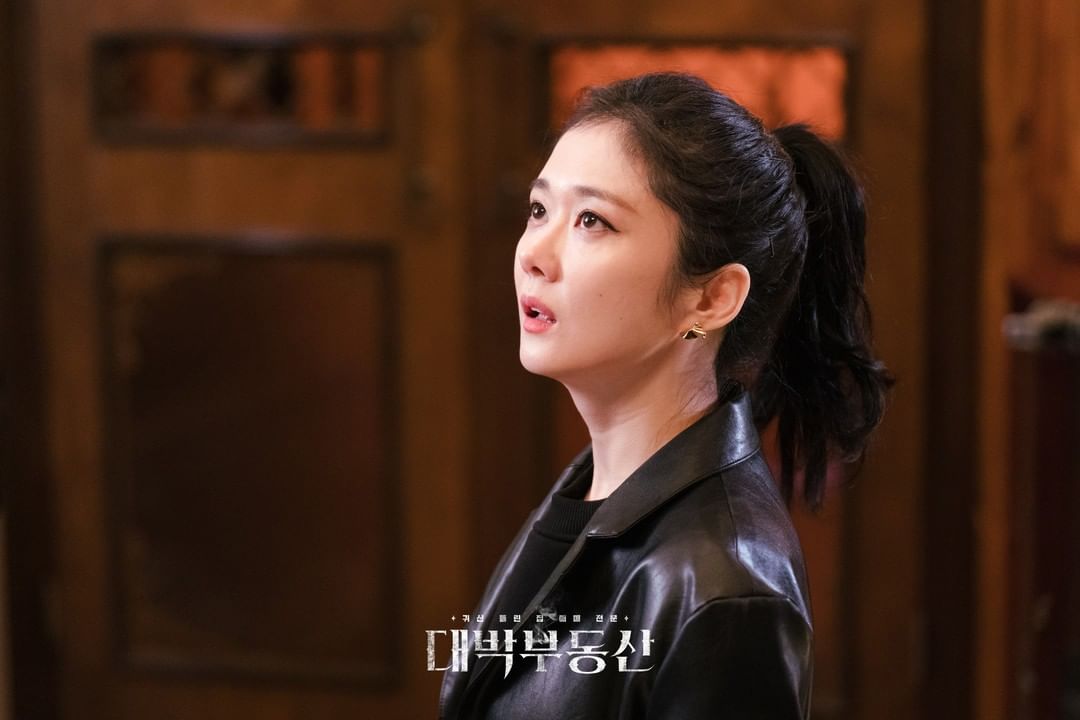 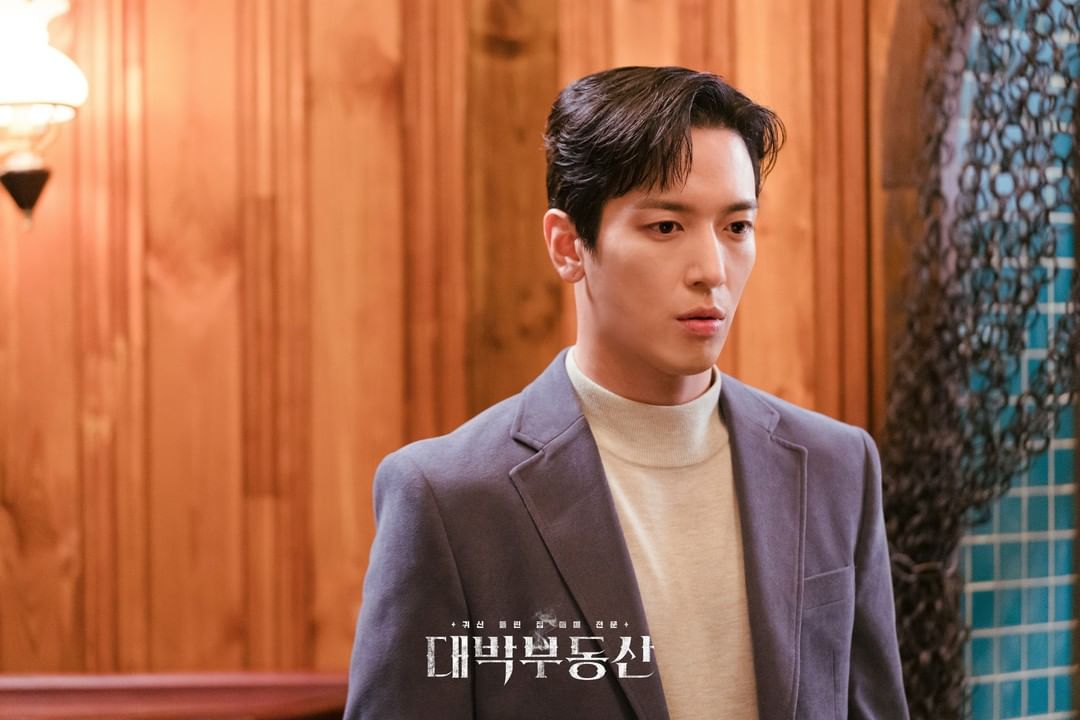 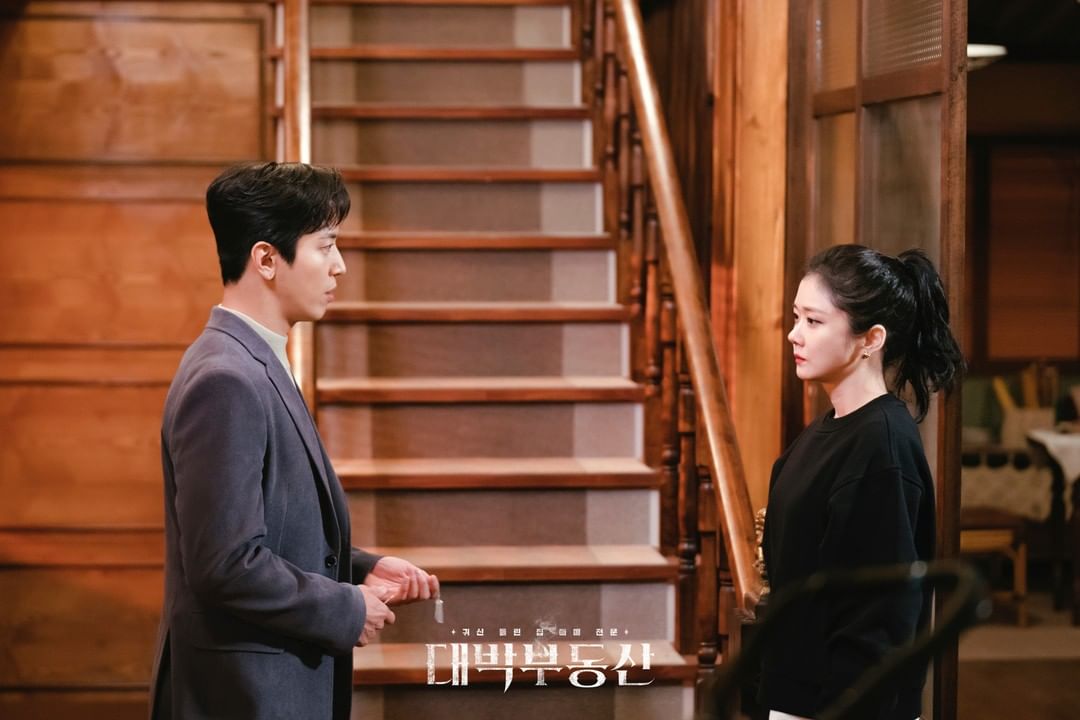 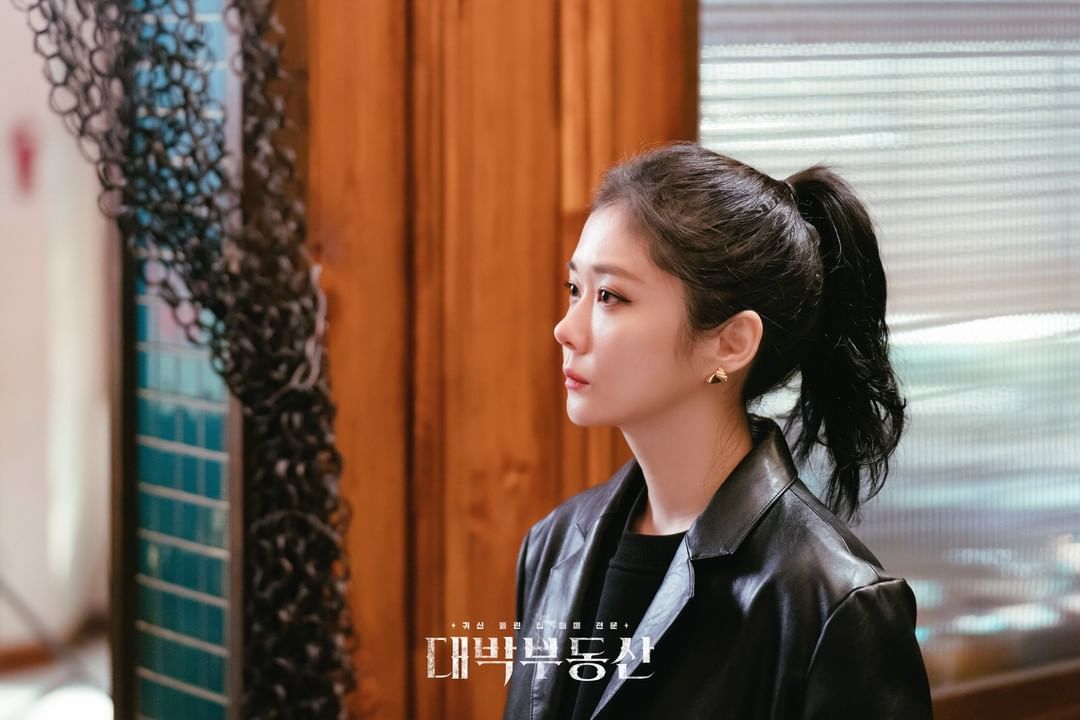 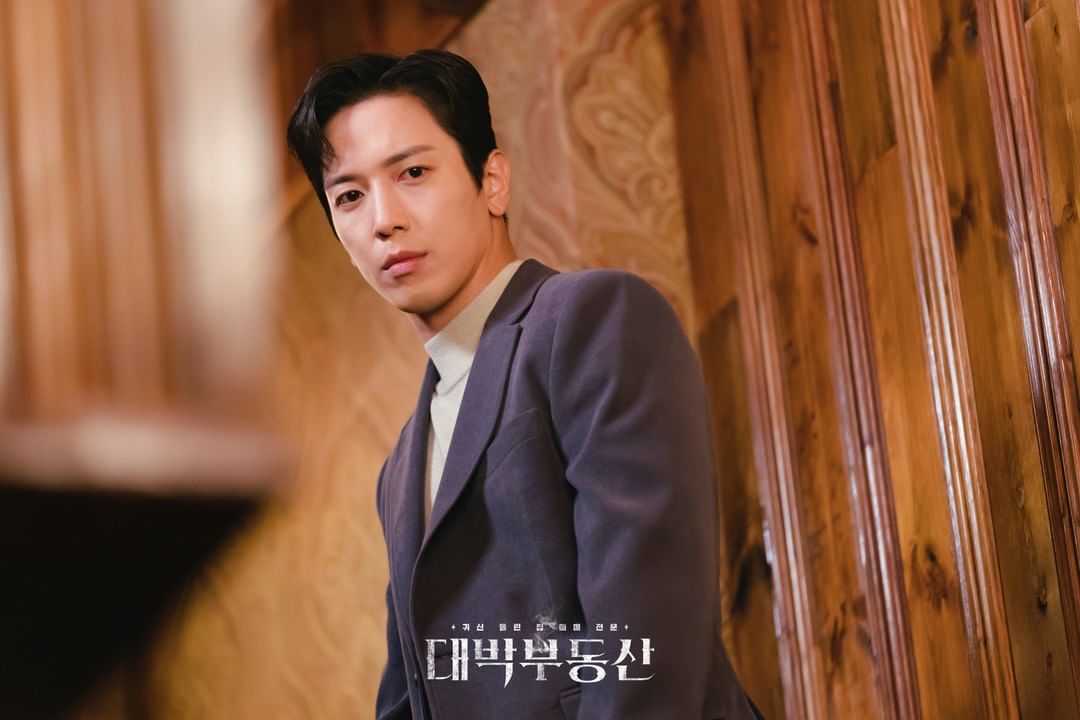 Jang Nara and Jung Yong Hwa filmed this scene where On In Bum enters Daebak Real Estate for the first time in mid-February. Jung Yong Hwa was in awe of the surroundings since he had never filmed on this particular set before, and Jang Nara gave him a friendly tour of it. She happily explained everything while he listened in interest, and their sweet chemistry made the cast and crew burst into laughter.

The drama’s production team praised the two actors, saying, “Jang Nara and Jung Yong Hwa are talented actors who create interesting scenes with their passionate acting. Hong Ji Ah and Oh In Bum, who used to have a bickering relationship, will start to have different feelings for each other in this scene. Please watch the broadcast to see how Daebak Real Estate will be unveiled through this.”

“Sell Your Haunted House” will premiere on April 14 and will be available on Viki.

In the meantime, catch Jang Nara in “Oh My Baby” here: