On the radio show, Choi Ye Bin said, “The second season is over, but because we still have to prepare for season 3, I haven’t been able to fully relax.” Jin Ji Hee said, “I got a good night’s sleep. I meant to meet with the others, but we’re all at school, so everyone was spending time with their friends.”

Jin Ji Hee added, “I felt the lack of sleep during this filming. If I don’t sleep for more than four hours and if I don’t take vitamins and nutrients, then I get really tired.” Choi Ye Bin said, “I’ve started to sleep in as well. I’ve been doing assignments and listening to lectures. I moved recently and invited my friends over for a housewarming party.”

About working with Shin Eun Kyung, Jin Ji Hee said, “At first I was nervous, but she made me comfortable by saying, ‘I’m not your senior, I’m your mom.’ She also gave me a lot of advice. Ma Ri and Je Ni have ‘couple shoes’ in the drama and that was a gift that she gave me. I always wore them on set with her.”

Choi Ye Bin said, “[Kim So Yeon] is so kind and considerate. She remembers our birthdays and bought us meals often during filming.” 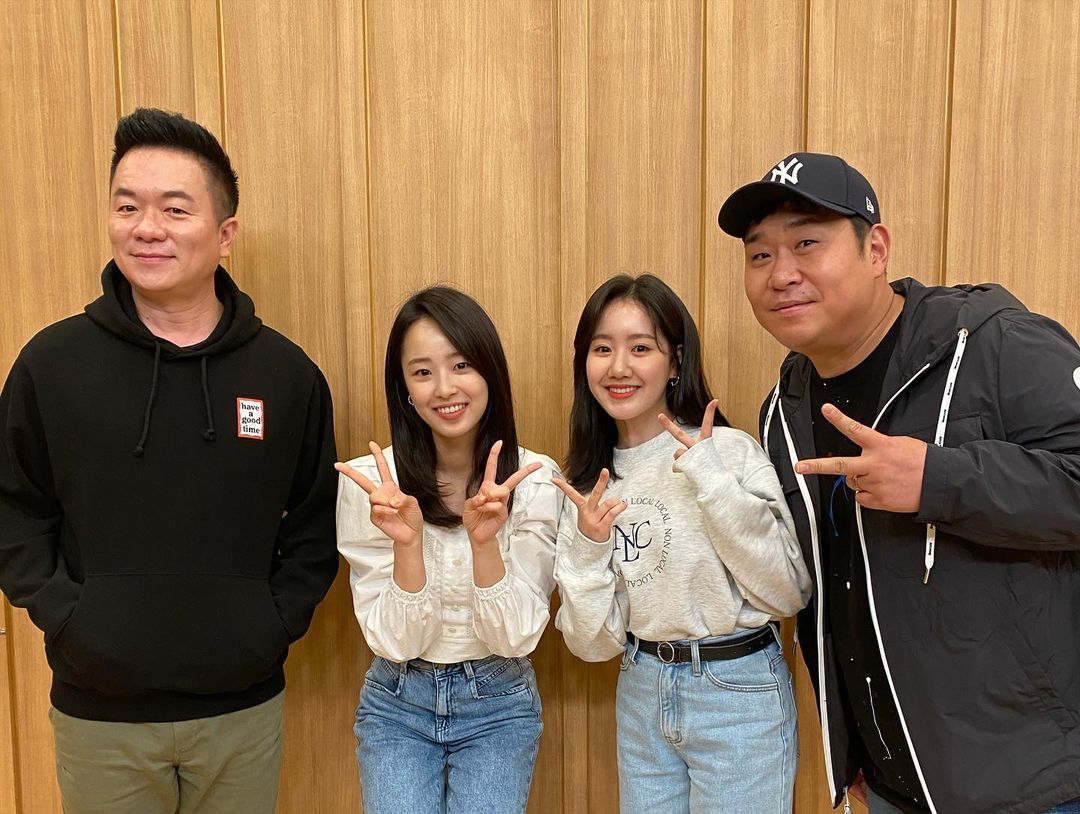 Choi Ye Bin was asked by a listener if Ha Eun Byul’s habit of flipping her hair was written in the script. She replied, “I wanted to give Eun Byul a special characteristic, so I did that after discussing it with the director. But now it’s become a habit.” She was also asked if lip syncing to opera was difficult and she said, “I actually learned how to sing. I sang myself on set.”

The two actresses were asked what future roles they wanted to play as adults. Choi Ye Bin said, “I’m interested in the idea of playing two roles at once. Something like Shim Soo Ryeon and Na Ae Gyo [Lee Ji Ah‘s characters in ‘The Penthouse 2′].” Jin Ji Hee said, “I’d like to play a role like Cheon Seo Jin. Her restrained rage and emotional acting was so good that I’ve empathized with her so many times. I really want to try it.”

Choi Ye Bin is known for having been accepted to six universities when she graduated high school. She said, “Even though I was studying acting, I found that grades are really important. I think that paying a lot of attention to my grades helped. I just did my best everyday. I went to school, I went to lessons, and practiced until the doors closed for the day.”

Jin Ji Hee is also known for having gotten straight As in school despite working as a child actor. “In my first semester of my first year of high school, I got one B and it really bothered me,” she said. “I really wanted to get an A+ because of that.”

The two actresses shared that they had not yet received their scripts for season 3. Jin Ji Hee said, “I haven’t seen a single word, so I’m so curious. Logan Lee has disappeared and I’m so curious about what happened to him. We’re starting filming at the end of April.” She added, “I would like to show the Hera Kids’ college life. That’s just a personal wish.”

Check out “The Penthouse 2” below!