Romance is blooming once again between Kim So Hyun and Na In Woo in KBS 2TV’s “River Where the Moon Rises,” but more trouble in the form of Lee Ji Hoon and Choi Yoo Hwa await.

In the April 12 broadcast, Pyeonggang and On Dal separated from each other. After walking a bloody path as Pyeonggang’s sword, On Dal resolved to leave the palace when Lady Sa (Hwang Young Hee), the person who had raised him, was killed by Go Geon (Lee Ji Hoon). This decision was also made in order to protect Pyeonggang as On Dal began to lose the people precious to him one by one.

Four years later, King Pyeongwon (Kim Bup Rae) has died, and King Yeongyang’s (Kwon Hwa Woon’s) Goguryeo has begun. Nonetheless, On Dal had yet to return while Pyeonggang struggled on the battlefield for Goguryeo. Unlike when she was by On Dal’s side, Pyeonggang looked lonely and tired, making viewers’ hearts ache.

However, the newly released stills preview a heartwarming reunion between Pyeonggang and On Dal. In the pictures, Pyeonggang looks squarely at On Dal, but On Dal’s gaze is full of worry as he looks back at her. After they share a conversation, the two finally embrace. On Dal lovingly takes Pyeonggang into his arms, and Pyeonggang leans into his warm embrace. 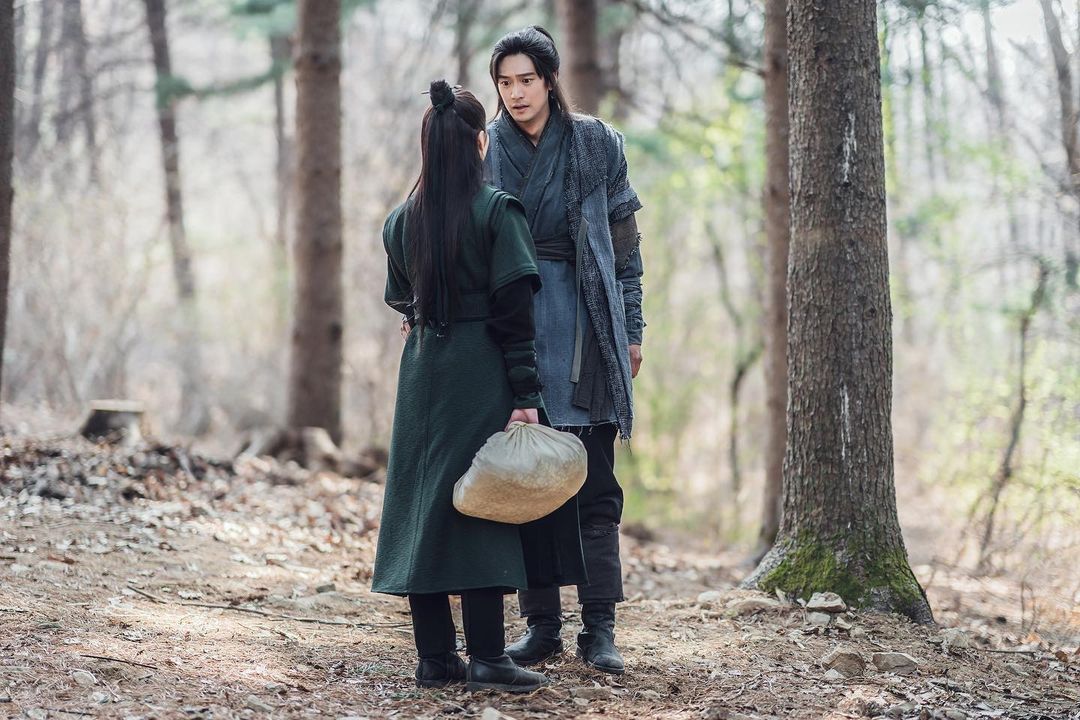 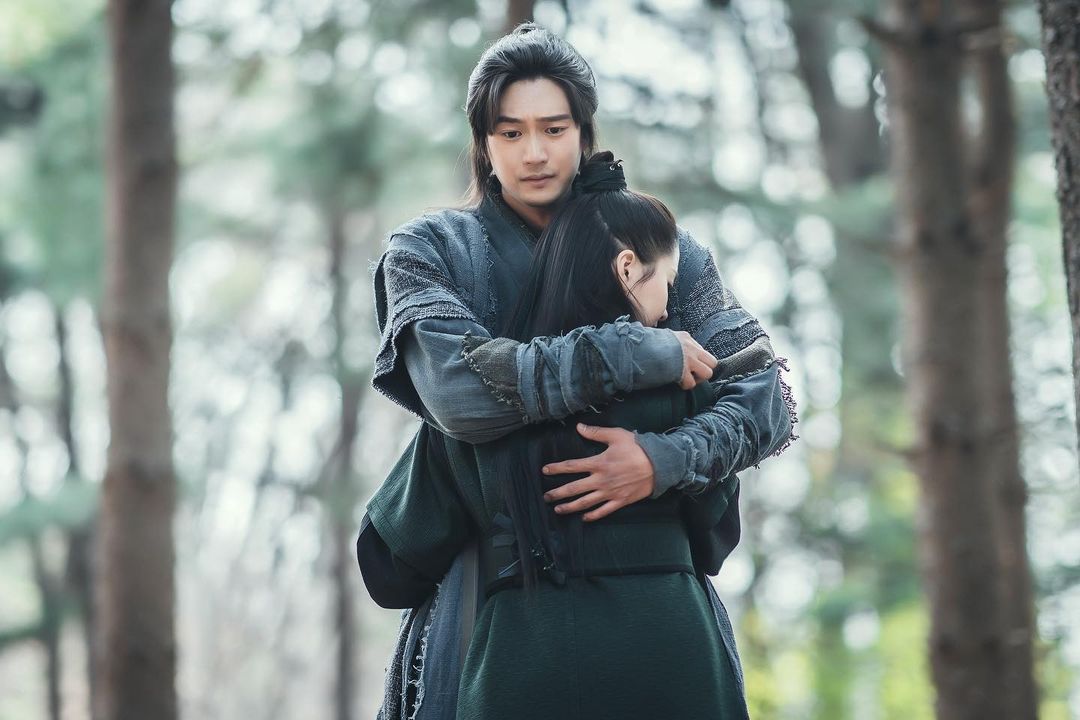 Amidst growing curiosity for how the two will finally reunite and what their future will hold for them, the production team shared, “Although Pyeonggang and On Dal love each other and are fated for one another, they had a long period of separation. Please look forward to whether they’ll be able to continue on together through their reunion and how Kim So Hyun and Na In Woo portrayed this scene with their acting teamwork.” 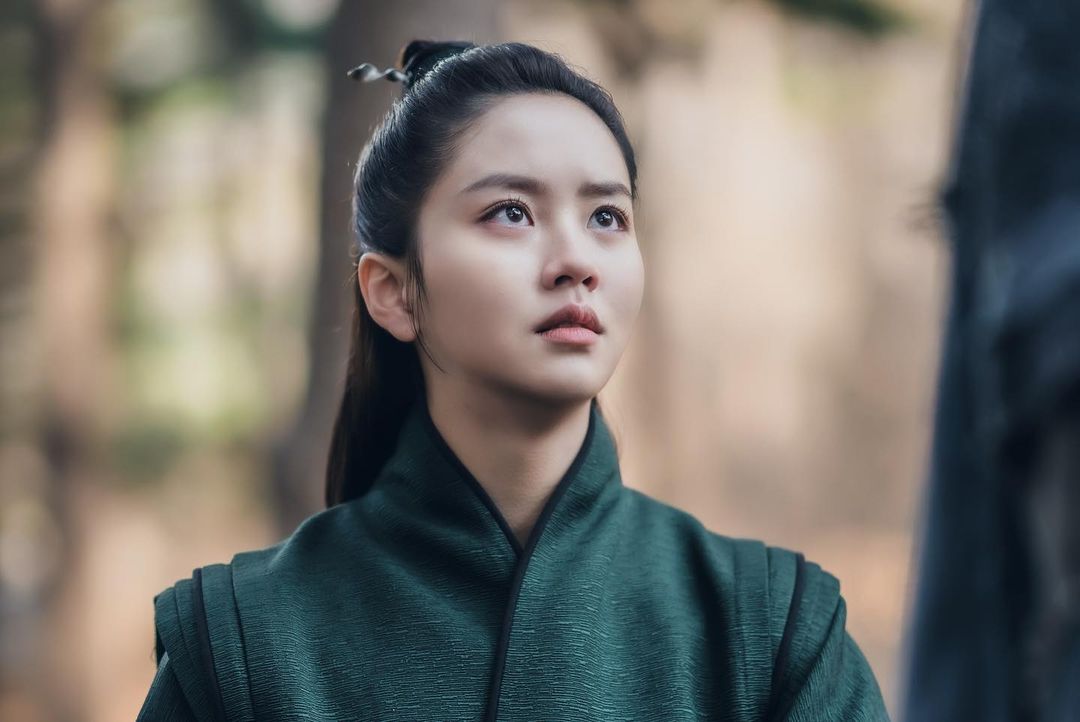 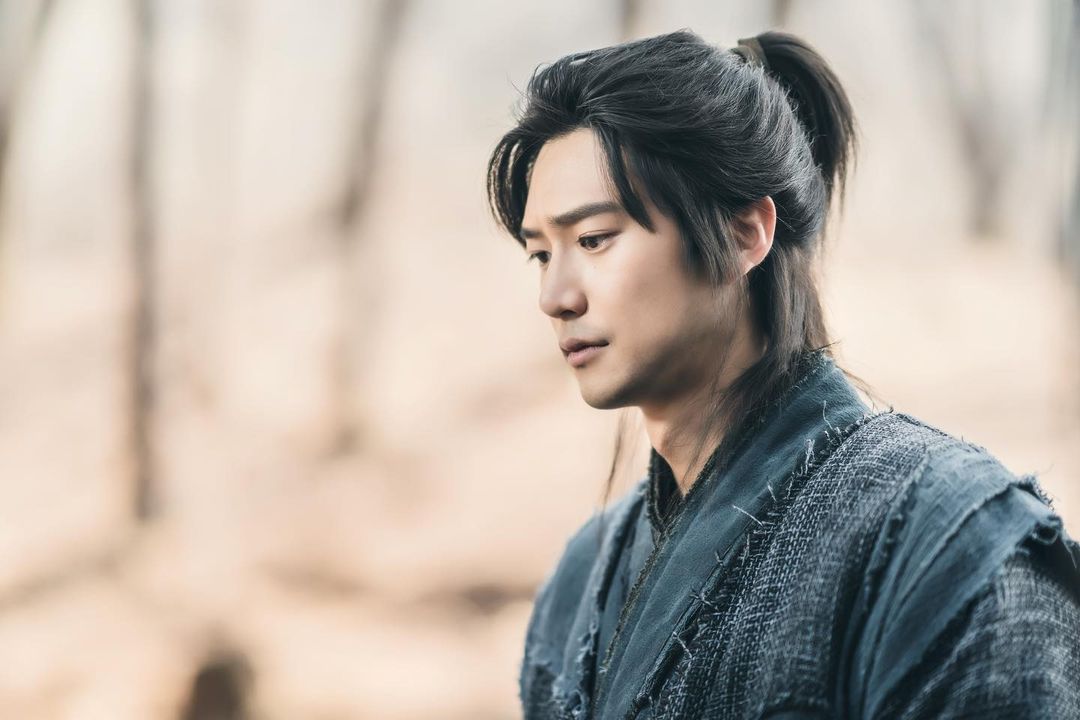 In another set of stills, Go Geon and Hae Mo Yong (Choi Yoo Hwa) are back inside Goguryeo’s palace holding a letter from Silla’s King Jinheung. 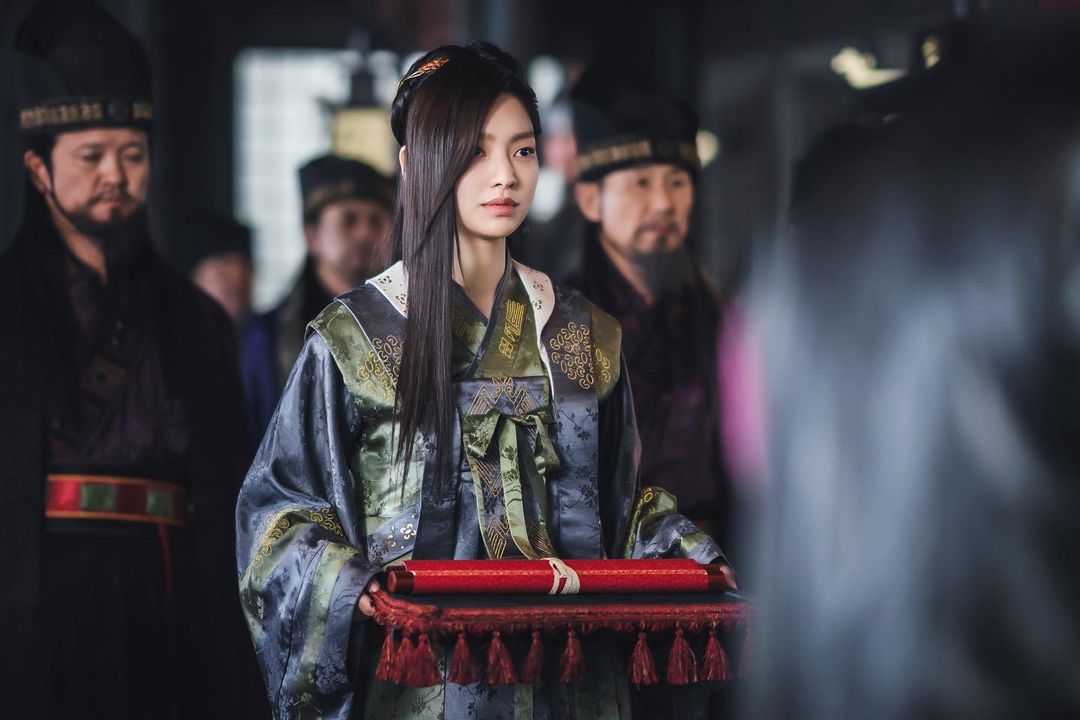 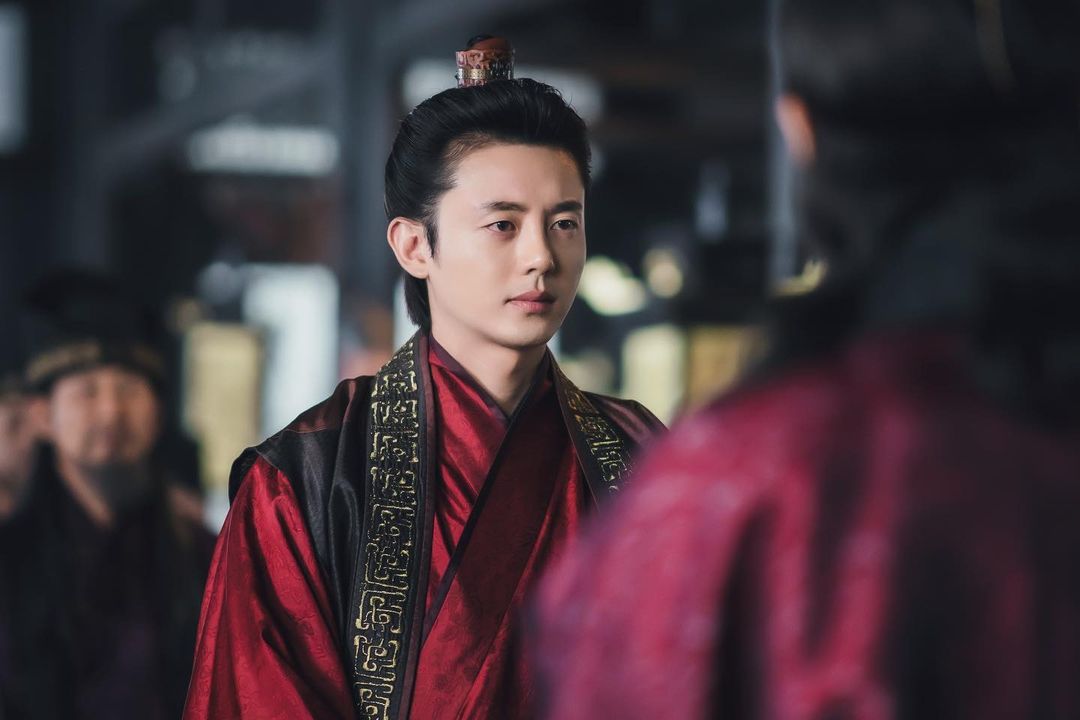 King Yeongyang is surprised to see the pair in front of him, and he holds a sword to Go Geon’s throat even though Go Geon had once been his teacher. Go Geon stands strong and unwavering as he stares back at King Yeongyang. Pyeonggang is also present at the scene, eyeing Go Geon. Many years in the past, Go Won Pyo had killed Pyeonggang’s mother Queen Yeon (also played by Kim So Hyun), and Pyeonggang killed Go Geon’s father Go Won Pyo (Lee Hae Young) four years ago. 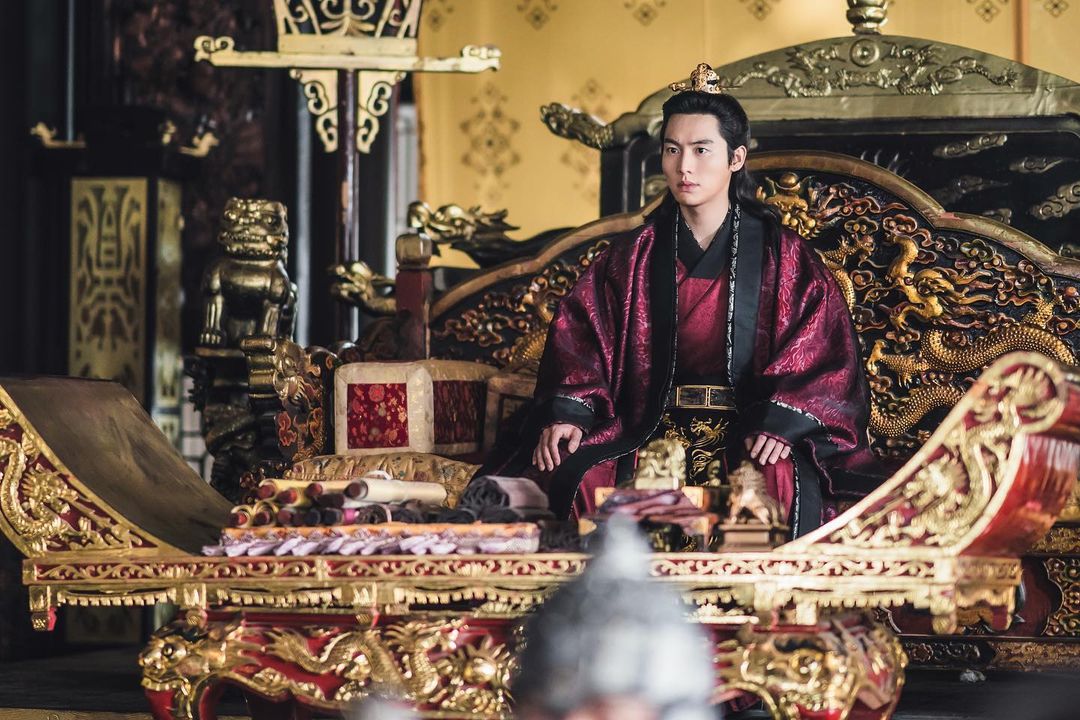 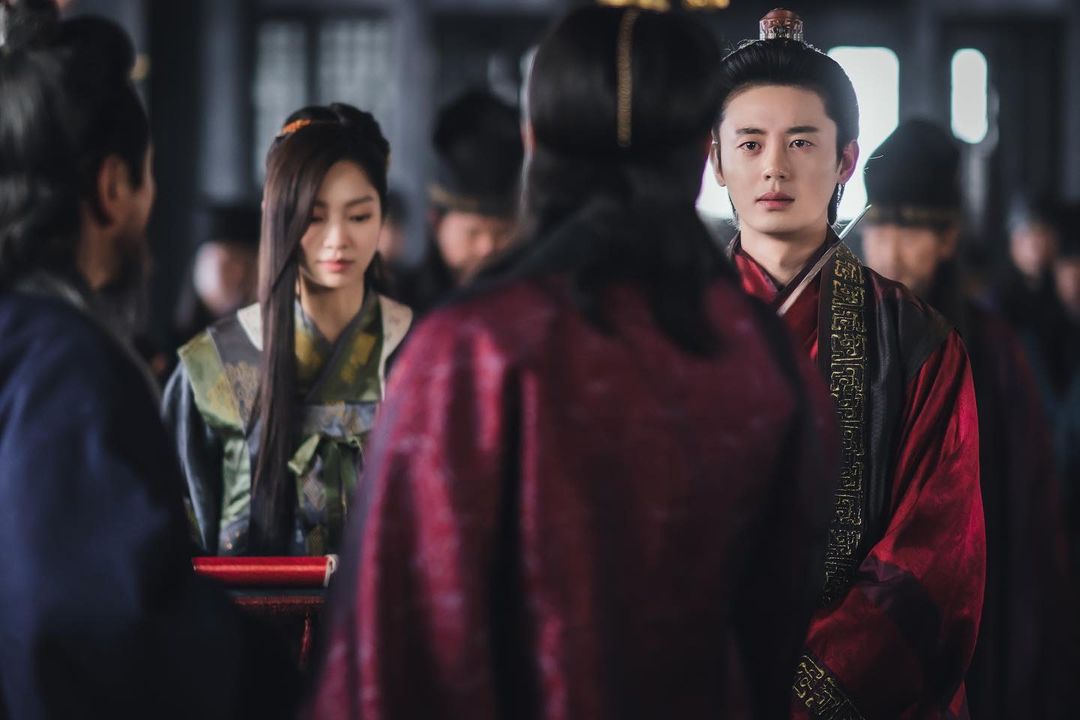 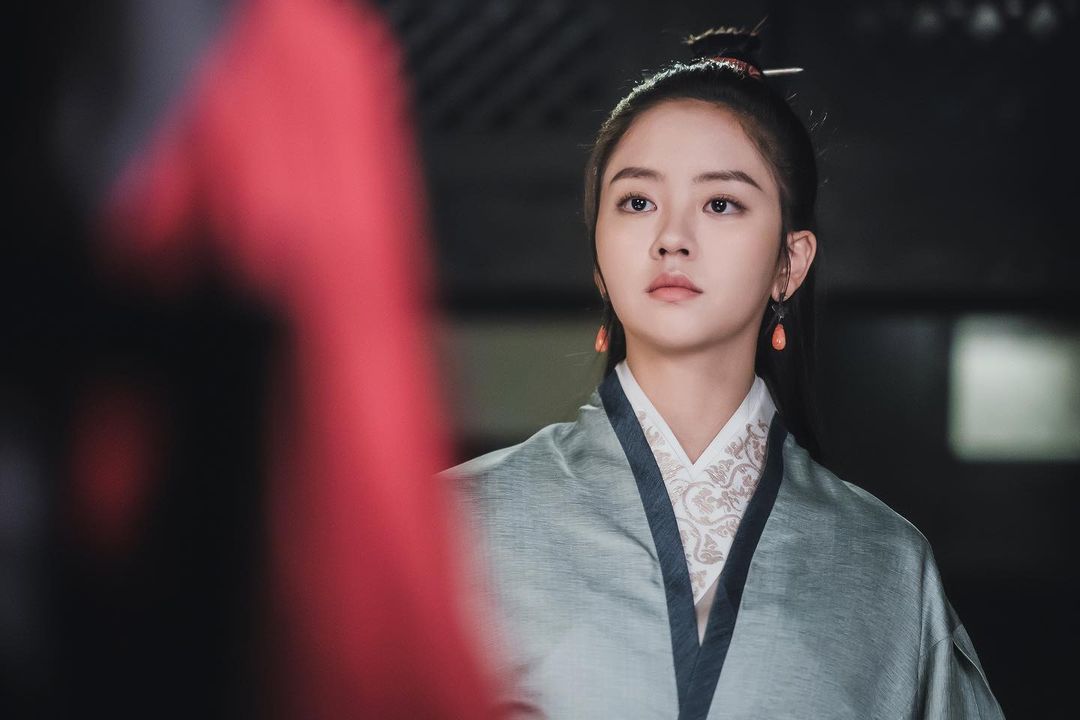 The drama’s producers commented about the scene, “Go Geon and Hae Mo Yong are traitors to Goguryeo. Stepping on Goguryeo land is a dangerous act that could get them killed. However, as they are envoys from a different country, killing them could lead to diplomatic issues. Please look forward to episode 18 of ‘River Where the Moon Rises’ to see how King Yeongyang, Pyeonggang, and Goguryeo’s officials will react to the appearance of Go Geon and Hae Mo Yong.”

Watch “River Where the Moon Rises” below: