Previously, Han Bi Soo confessed his feelings to Oh Joo In. Oh Joo In asked him to give her some time, but when he comforted her during a difficult time, she kissed him on the cheek. On the other hand, Jung Yoo Jin announced a fake relationship with Oh Joo In in order to prevent an article about Han Bi Soo and Oh Joo In living together from being leaked.

The drama released two sets of stills ahead of today’s broadcast. First off, Han Bi Soo and Jung Yoo Jin are sitting on a small sofa. They are looking at something in the distance, and Han Bi Soo claps with a smile on his face while Jung Yoo Jin grins broadly. In the next picture, they stand next to each other and look at the same place with doting affection. Who are they admiring, and how will their rivalry continue in the next episode? 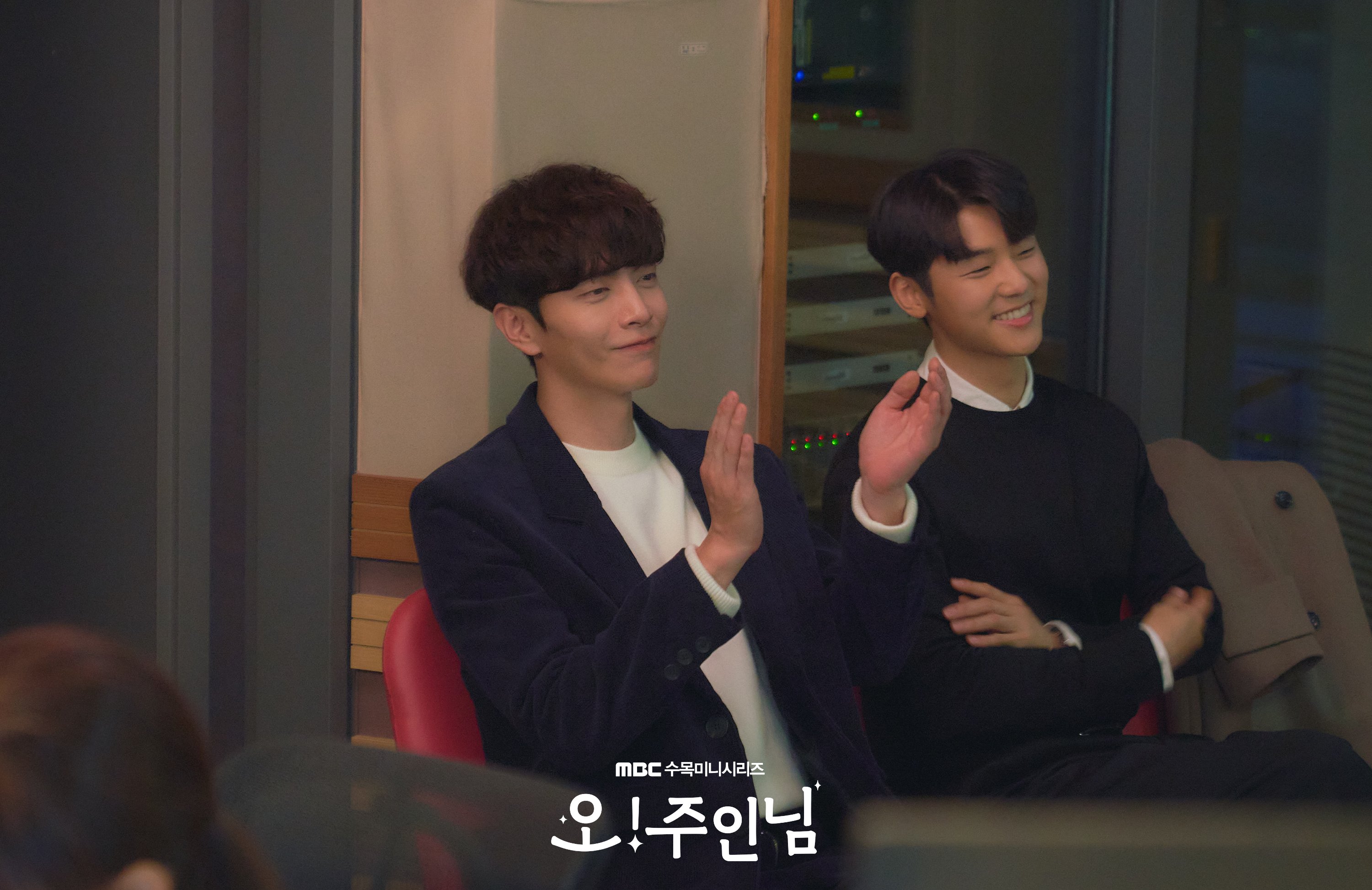 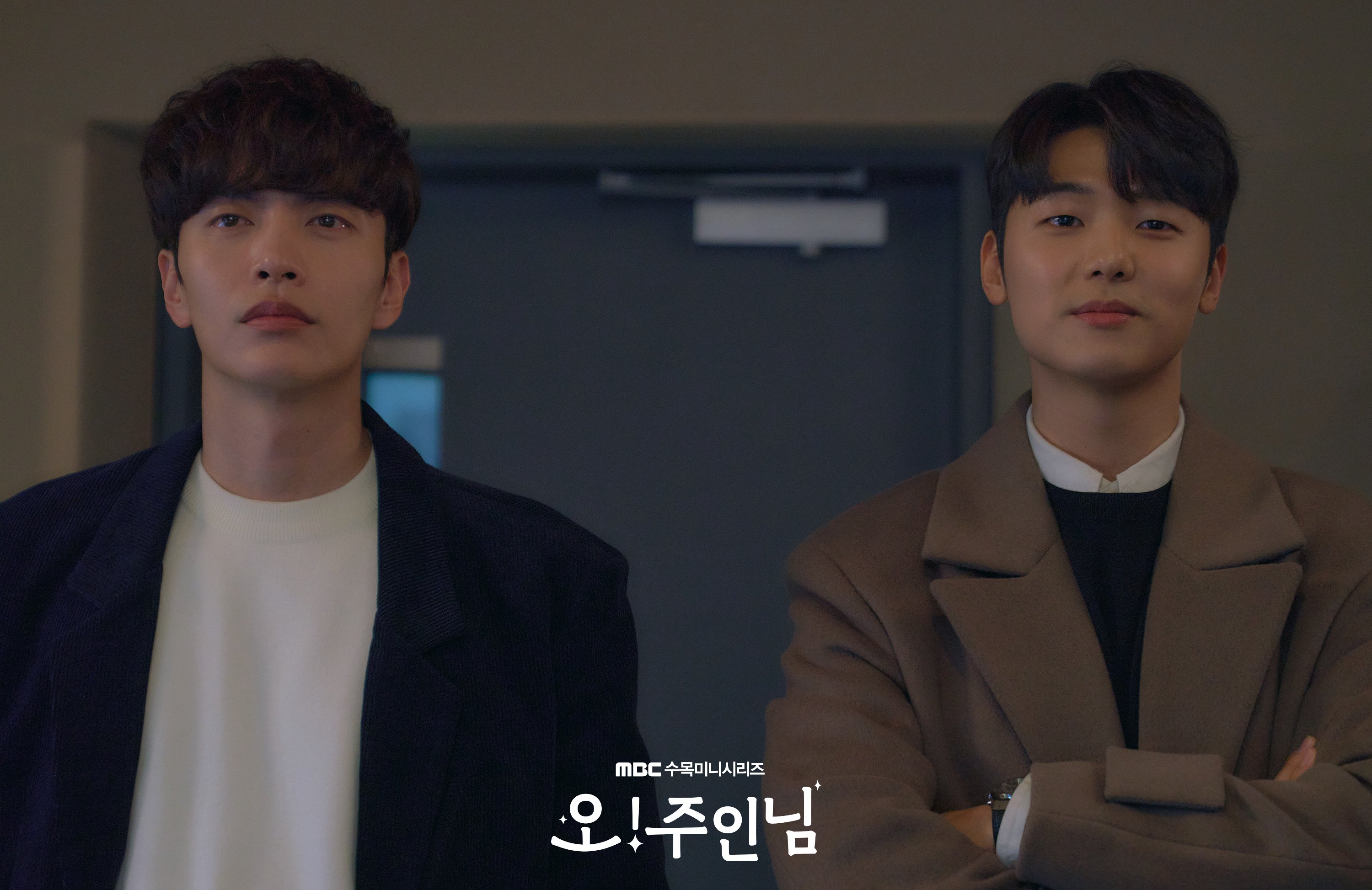 The next set of stills show an unexpected moment between the two rivals.

Han Bi Soo and Jung Yoo Jin sit opposite each other and enjoy drinks together. Han Bi Soo, who always had an indifferent expression in front of Jung Yoo Jin, is looking at him with a slight smile on his face. On the other hand, Jung Yoo Jin is in high spirits, and he seems to be actually enjoying this little hangout session with his love rival. Why did the two of them end up drinking together, and what did they talk about? 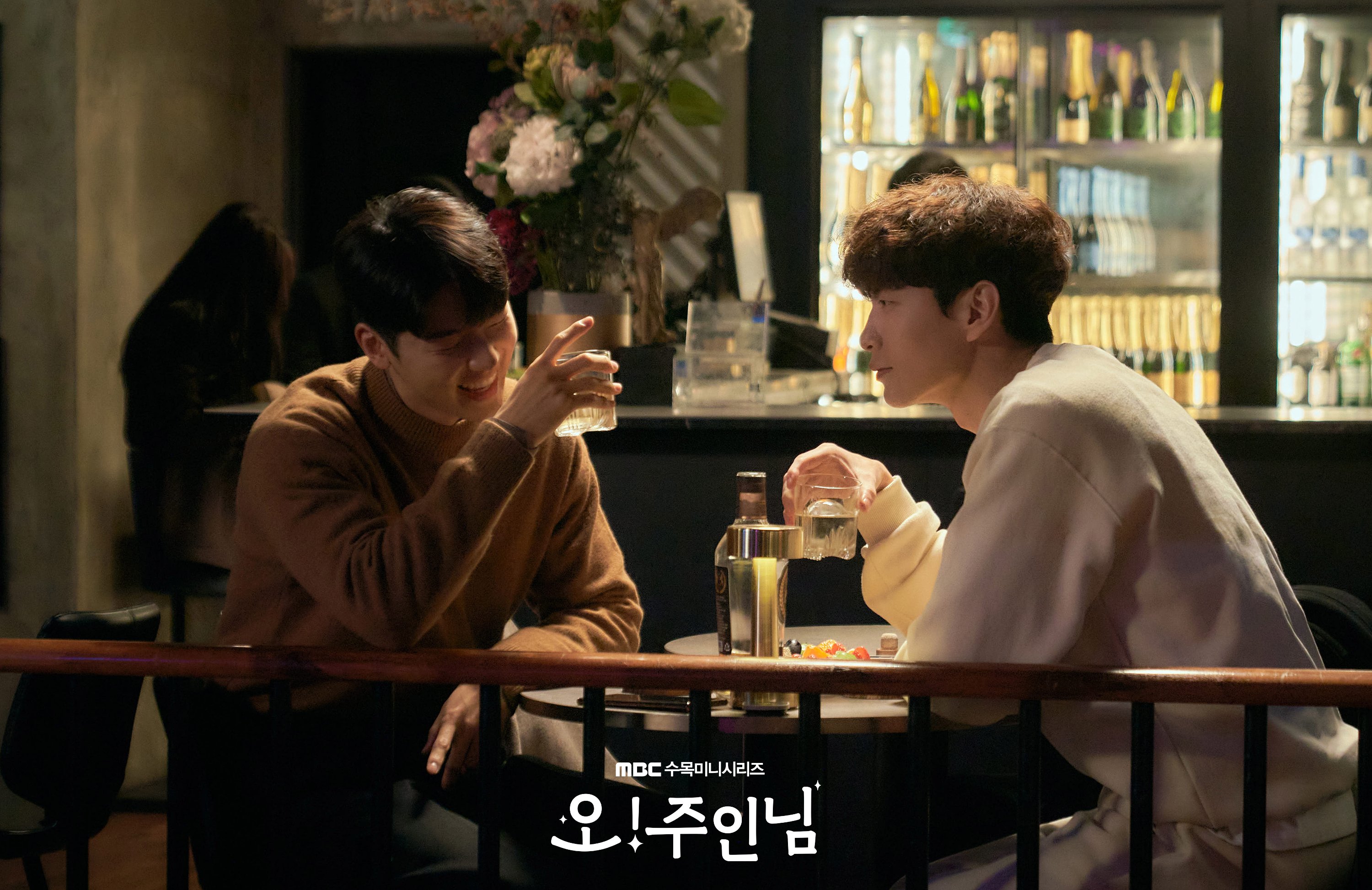 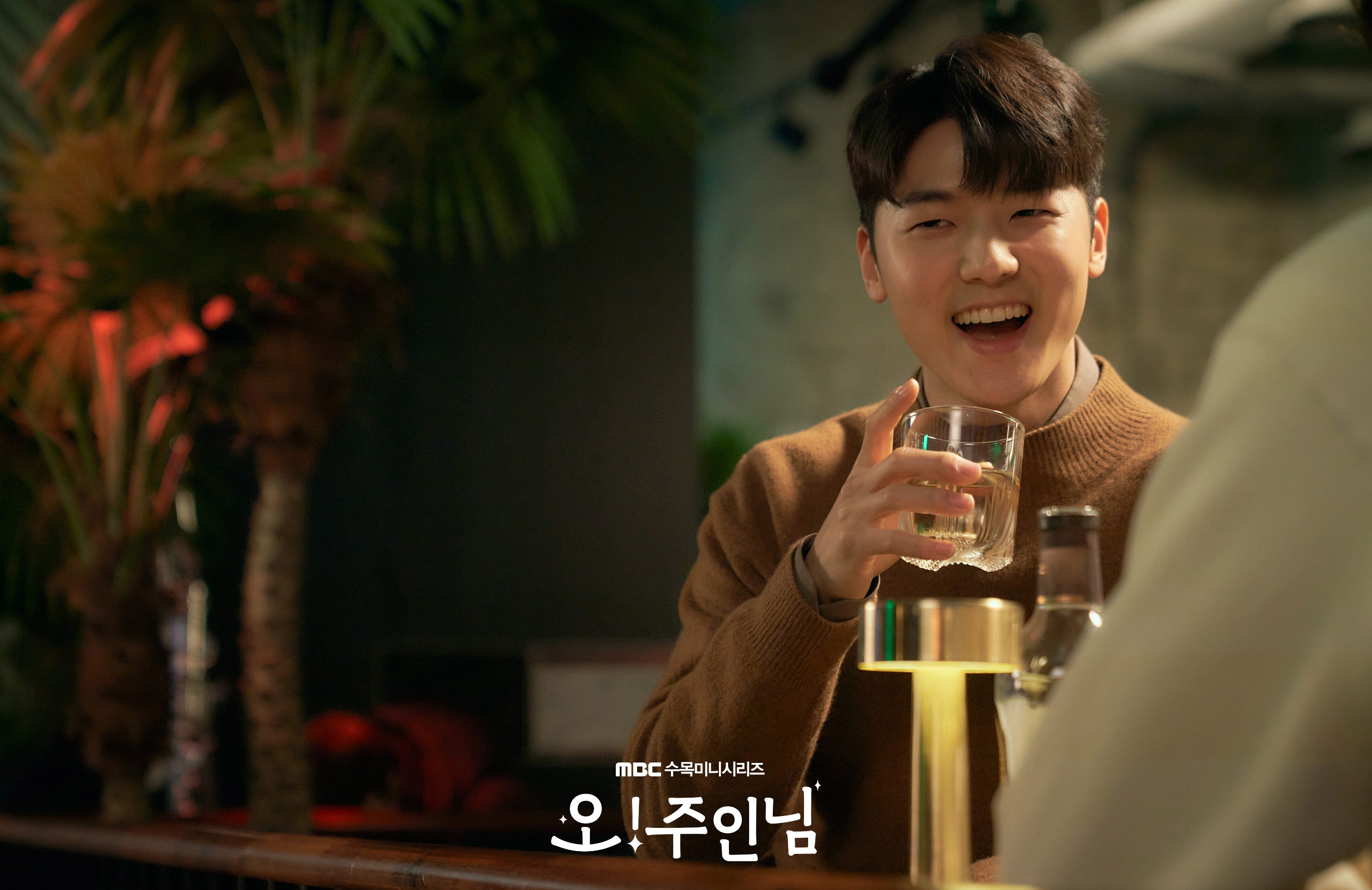 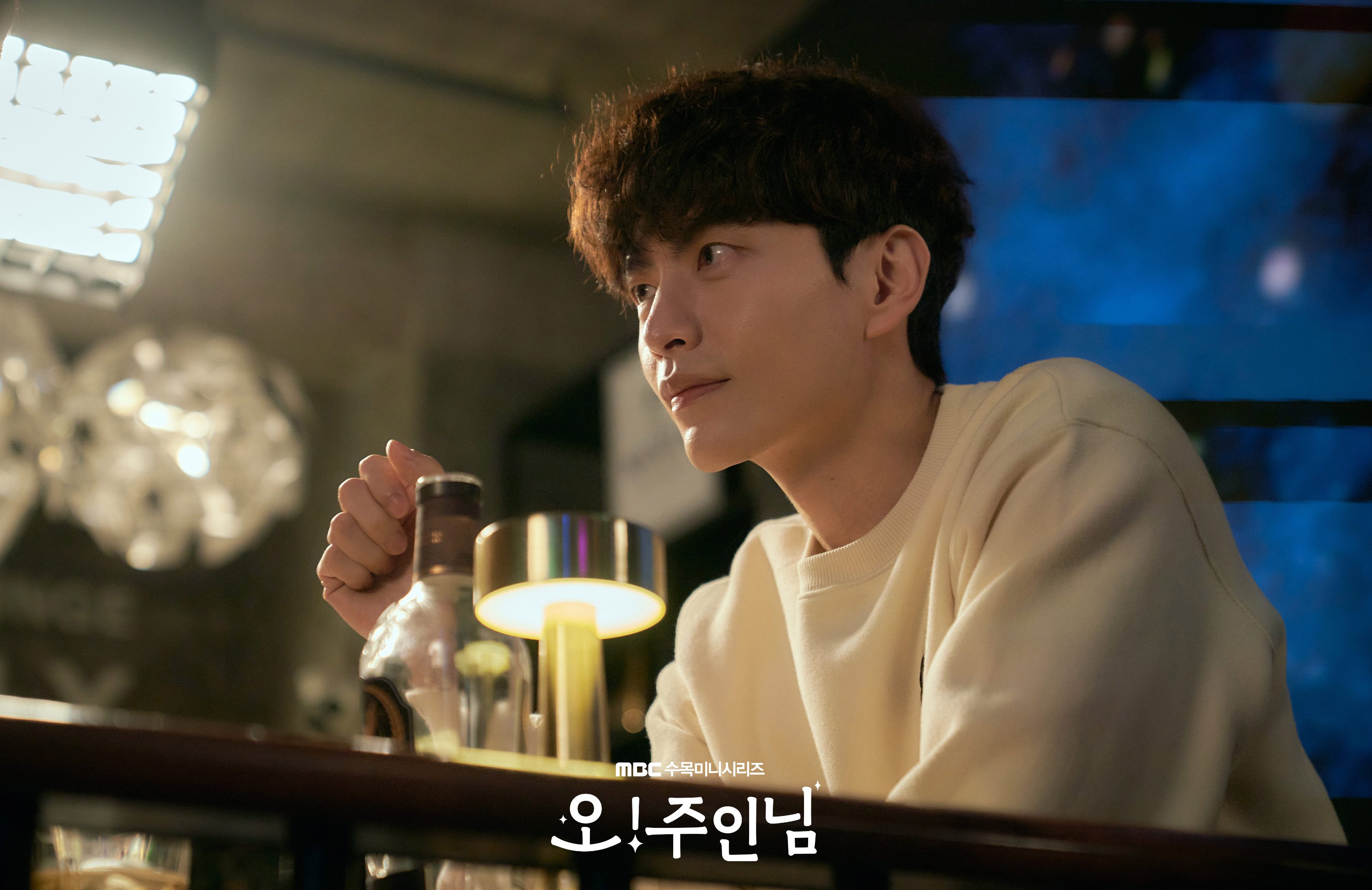 The production team hinted that the love triangle will get more heated in the upcoming episodes and stated, “In the drama, Han Bi Soo and Jung Yoo Jin are rivals for Oh Joo In’s heart. However, they are different from ordinary love rivals who always keep each other in check and compete with one another. Lee Min Ki and Kang Min Hyuk, who usually boast strong teamwork, perfectly expressed the relationship between Han Bi Soo and Kang Min Hyuk. Please give [the drama] a lot of interest and look forward [to the next episode].”

“Oh My Ladylord” airs every Wednesday and Thursday at 9:20 p.m. KST.

Watch Kang Min Hyuk in “How To Be Thirty” below:

CNBLUE
Kang Min Hyuk
Oh My Ladylord
How does this article make you feel?