Works of Director Park Jin Suk include “School 2017,” “Naked Fireman,” and “The Tale of the Bookworm.” 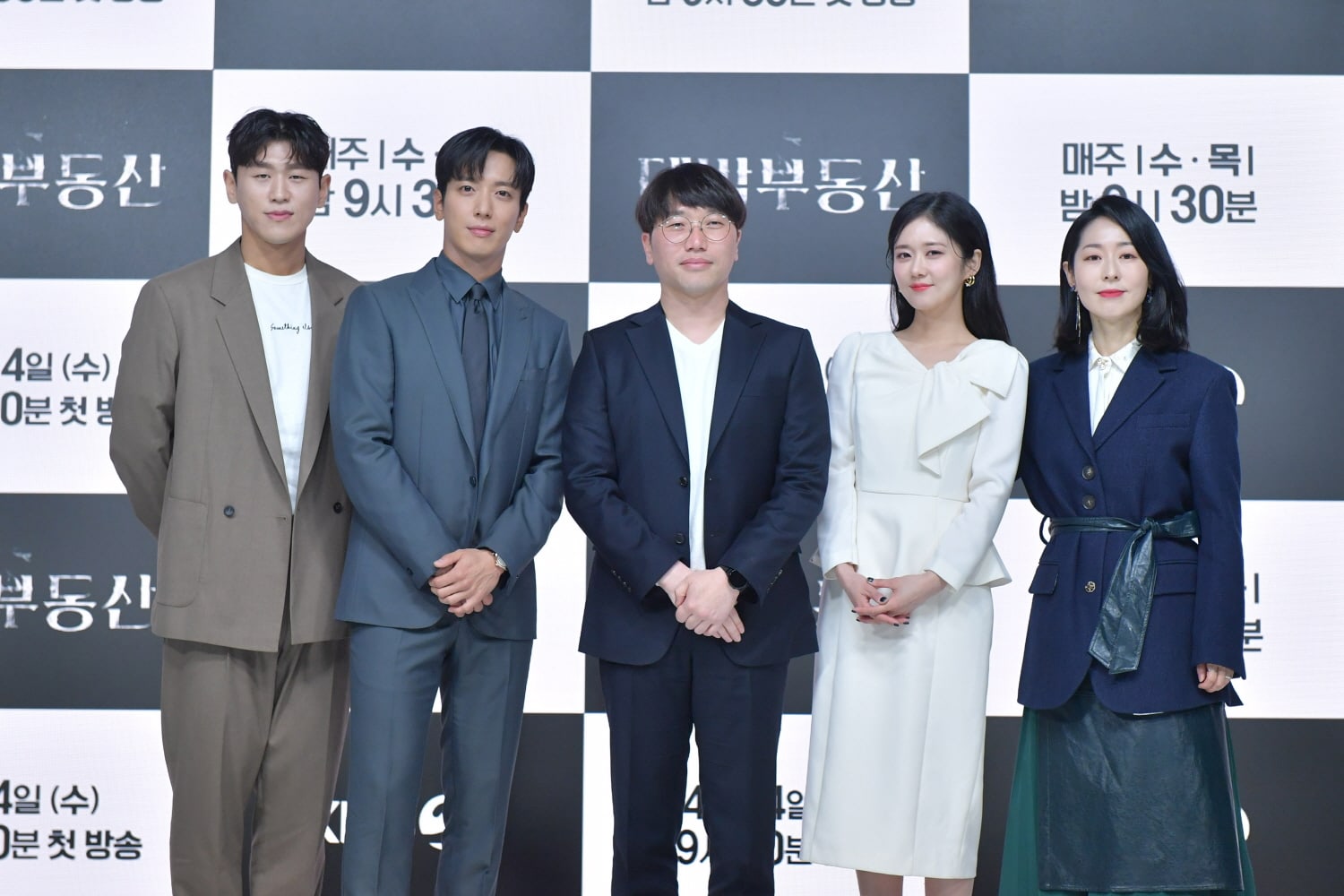 The press conference highlighted three aspects to look forward to in the series, starting with the two lead actors making noticeable transformations for their roles.

Jang Nara explained, “The emotions that I, Jang Nara, feel and the emotions that Hong Ji Ah feels are very different. I normally can’t open my eyes in a fierce way. There’s rarely a situation for me to glare, so I practiced a lot starting way back.” 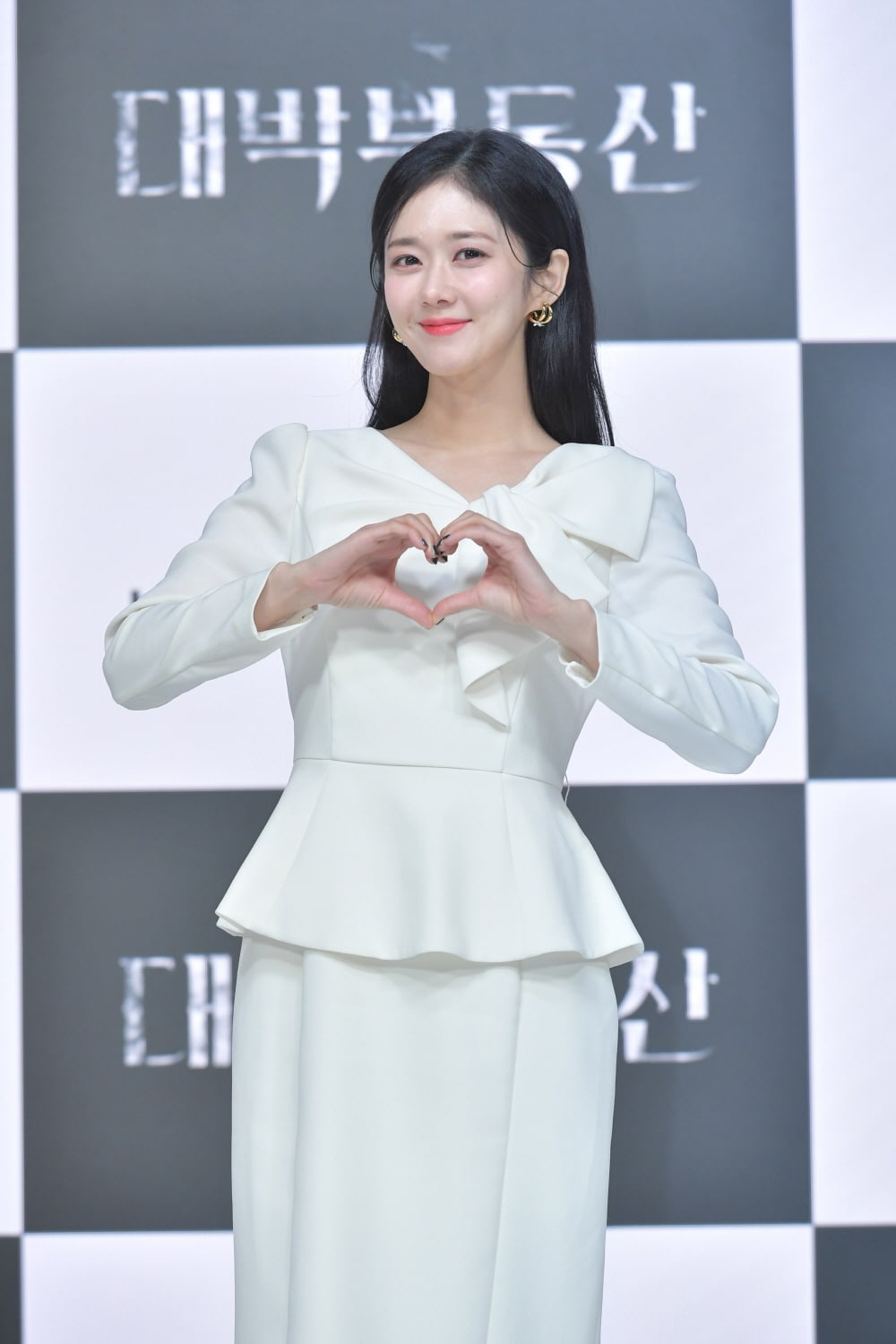 The actress continued that her action scenes are something to look forward to as well, remembering to thank the teachers of the stunt team and the director for creating such memorable and engaging scenes.

Director Park chimed in, saying, “She spoke humbly, but because Ji Ah is a character that releases stress on a punching bag, (Jang Nara) learned how to box and attended the stunt school daily.”

Jung Yong Hwa will also be making a big shift from his usual selection of dashing roles to a con-artist. The role of Oh In Bum is set to be especially difficult because he will have to act out all the ghosts he will be “possessed by.” 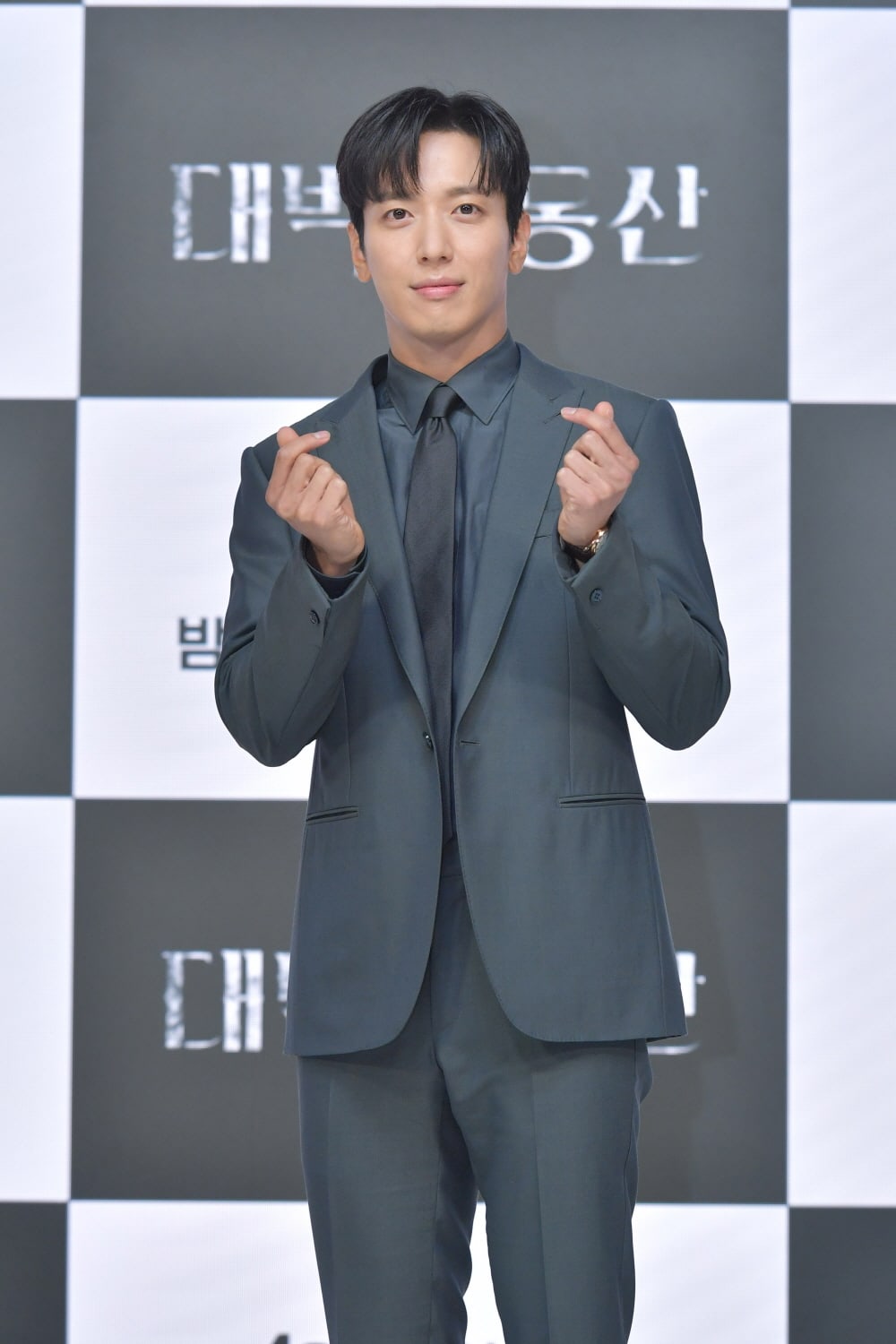 Another point brought up at the conference was the chemistry between the two. Both expressed their gratitude for one another, with Jung Yong Hwa stating that it’s nice to have someone to depend on and Jang Nara appreciating Jung Yong Hwa’s efforts to liven up the mood on set.

Director Park confirmed this by saying, “On set, Jung Yong Hwa is living out his bright and playful nature. He is in charge of the looks, the popularity, and the cuteness.”

The lead duo have in common the fact that they are both artists with acting careers. Jung Yong Hwa commented that he always thought Jang Nara was a trailblazer as a first generation “acting idol” and that he wanted to join the project as soon as he heard Jang Nara would be the other lead.

Director Park added, “Observing Jang Nara on set, I realized why people praise her so.” He explained that she is so good to everyone and made him wonder if there is anyone else that works as hard as she does. 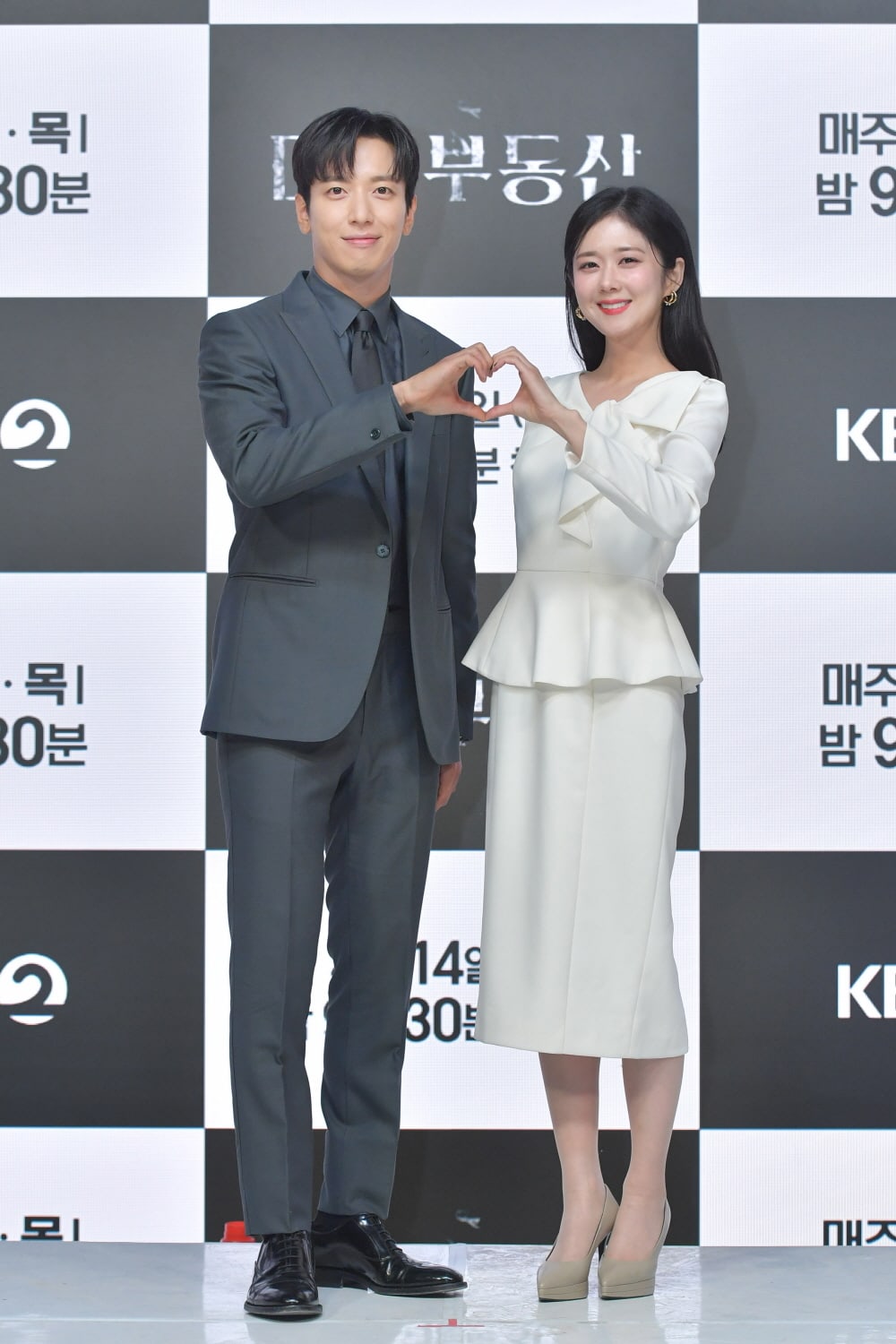 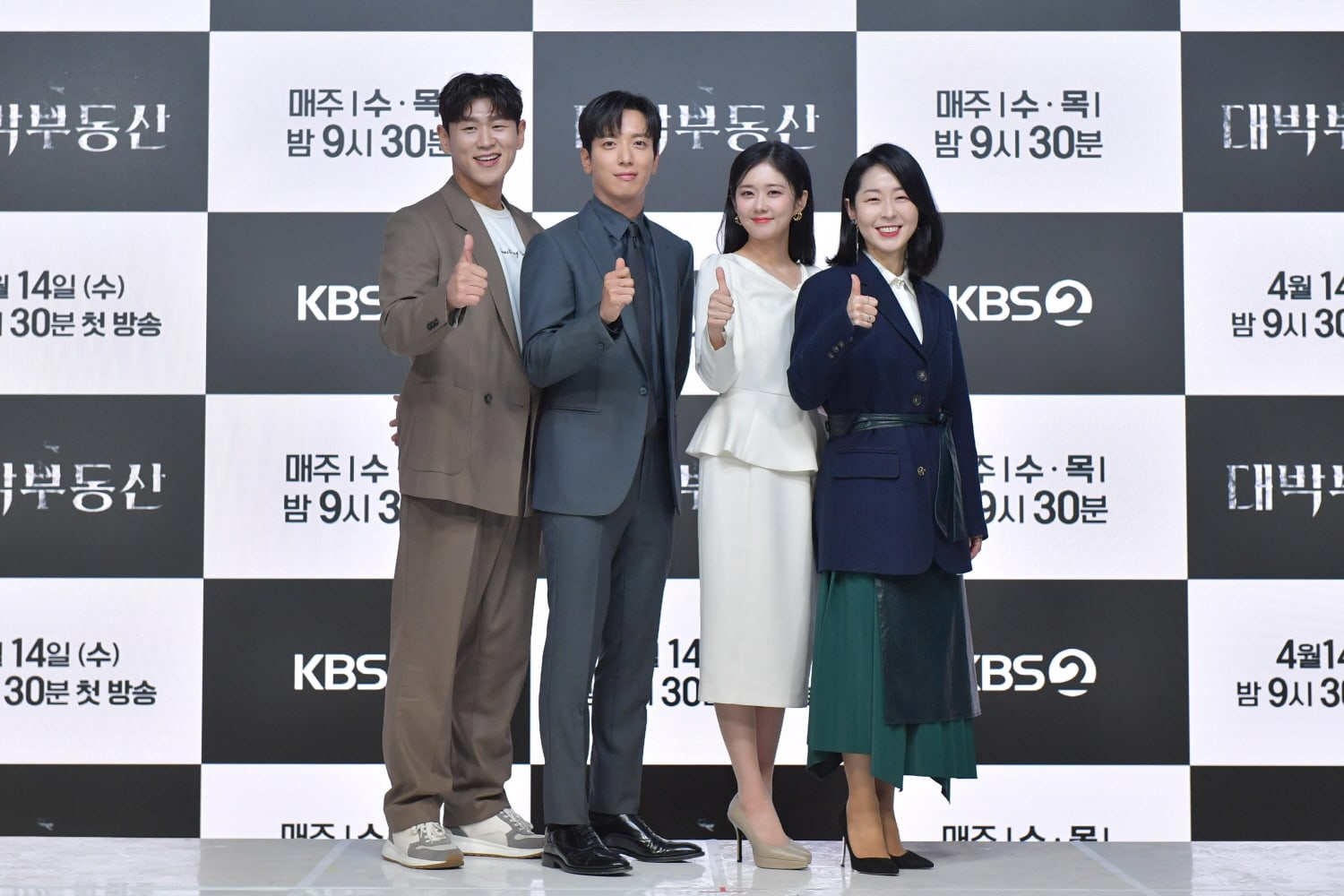 The third aspect touched upon at the press conference was the role of the supporting cast, which features Kang Mal Geum and Kang Hong Seok.

She shared her thoughts saying, “This is the first drama I’m participating in as a major role. As for now, I’m going along, placing my complete trust in the amazing script and director. When I look back in the future, I think this will remain as a prominent memory.”

Kang Hong Seok, who appeared in “Hotel Del Luna” and the musical “Death Note,” plays Oh In Bum’s right-hand man and genius hacker Mr. Heo. According to a confession from Director Park, he was casted based solely on his looks. Director Park explained, “I thought the idea of a well-built man hacking on a pink laptop would be entertaining.”

Jung Yong Hwa described the drama as one that adds a touch of horror to what otherwise seems like a normal story of normal people. Watch for yourself to confirm if this is true!

“Sell Your Haunted House” will premiere on April 14 and will be available on Viki. Watch a teaser here:

In the meantime, catch Jang Nara in “Oh My Baby”:

And Jung Yong Hwa in “Heartstrings” below: