KBS 2TV’s “Sell Your Haunted House” has released a preview of the second episode!

In the first episode, Hong Ji Ah searched high and low for the psychic who could help free her late mother who had become a vengeful ghost. Hong Ji Ah and Oh In Bum got off on the wrong foot, but the ending shocked everyone when it was revealed that he was a psychic as well.

On April 15, the drama unveiled new stills of Hong Ji Ah and Oh In Bum. The two reunite again, and this time, they’re unexpectedly holding hands. Hong Ji Ah’s expression is usually hard and impassive, but she looks completely shocked as she stares at his hand in amazement. Oh In Bum is quite flustered by the awkward moment, and the atmosphere between them is strange and unpredictable. 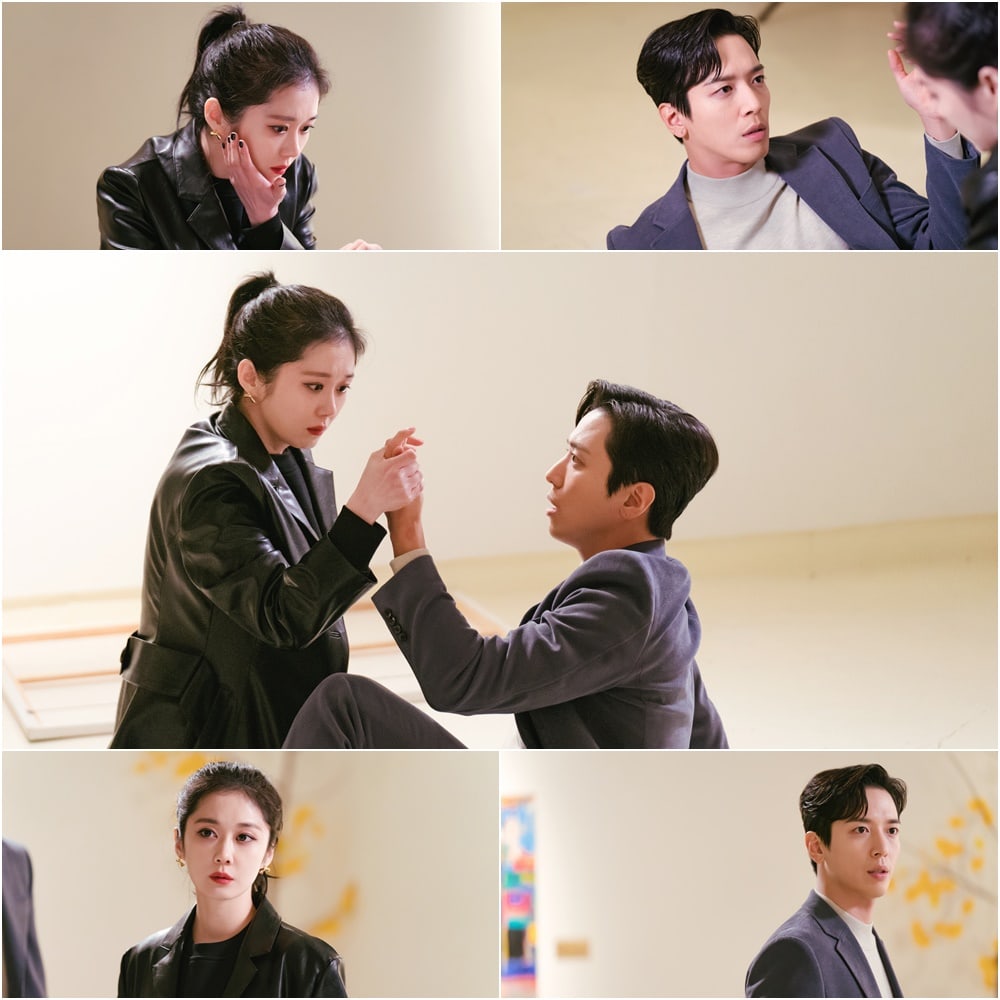 This scene was filmed in early March. Jang Nara and Jung Yong Hwa rehearsed for this chaotic scene that included their characters physically touching each other for the first time. Jang Nara, who exudes charisma and cold charms in the drama, politely held onto her co-star’s hand during practice, making everyone burst into hearty laughter. Jung Yong Hwa joked, “Hong Ji Ah is a really weird person,” increasing the down-to-earth atmosphere on the drama set.

The production team hinted, “This is a scene where Hong Ji Ah and Oh In Bum’s teamwork will burn more brightly. Please tune into the second episode to check out this scene where Jang Nara and Jung Yong Hwa’s fiery chemistry will stand out.”

Check out the first episode on Viki: