The first stills of Kang Tae Oh have been released for “Doom at Your Service”!

The upcoming fantasy romance drama is about a character named Myul Mang (Seo In Guk), who causes everything he touches to vanish, and a woman named Tak Dong Kyung (Park Bo Young), who puts her life on the line to avoid her fate.

Kang Tae Oh will play Lee Hyun Kyu, the first love of Na Ji Na (Shin Do Hyun). He is living with regret after running away from love when he was young, and he is now stuck in a love triangle with Ji Na and his roommate Cha Joo Ik (Lee Soo Hyuk).

The first stills give a glimpse of Kang Tae Oh’s transformation into Lee Hyun Kyu, who is a café owner. 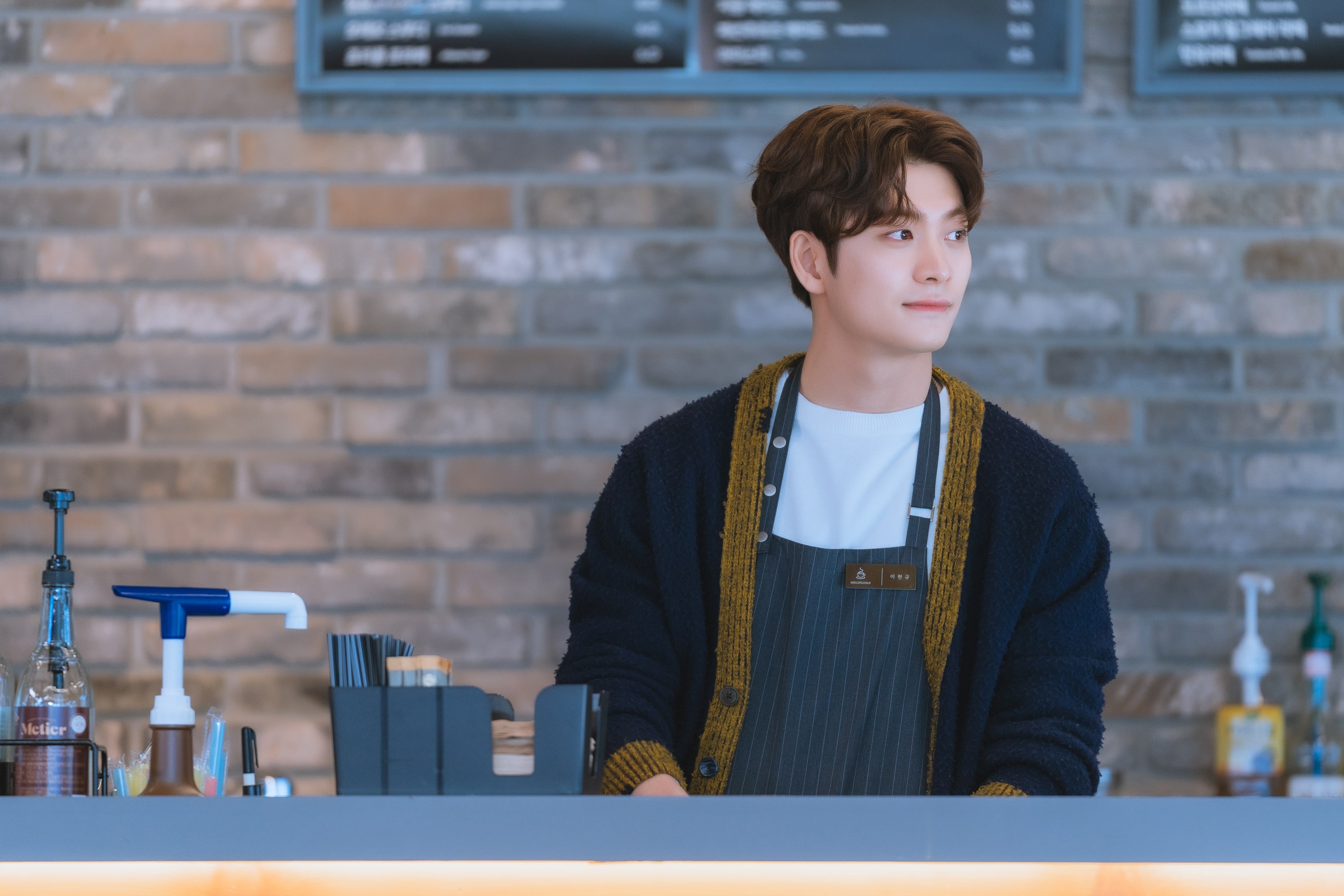 Wearing a bright yellow sweater, Hyun Kyu melts hearts with his sweet smile. However, he becomes serious when he works on his coffee, showing professionalism behind the counter. 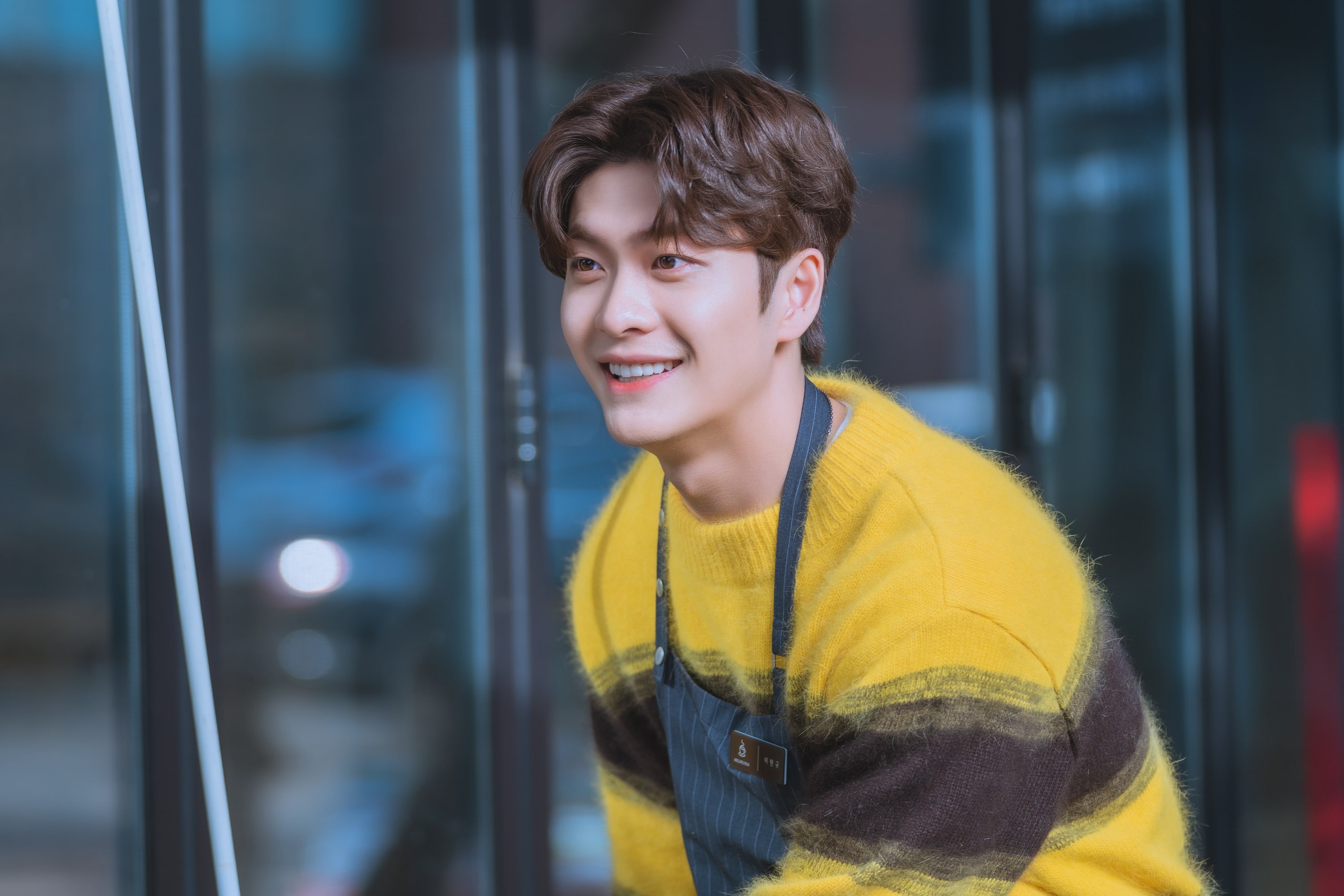 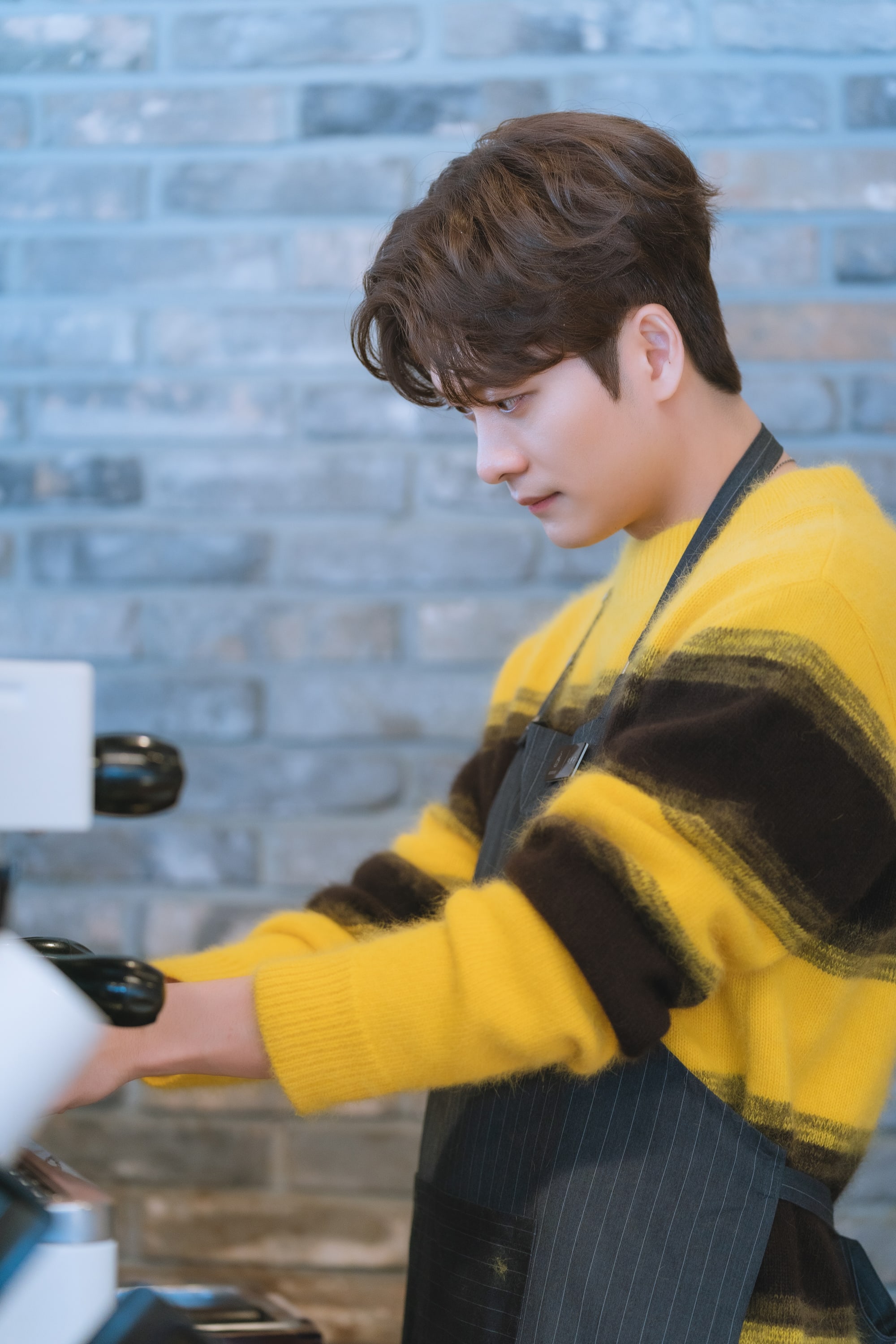 The drama’s production team commented, “The staff on set fell for Kang Tae Oh’s soft and warm charms since the first filming session. He is portraying Hyun Kyu to be a character even more charming than expected through detailed character research and his own uniqueness added in,” and asked viewers to look forward to Kang Tae Oh’s acting in the drama.

While waiting, watch Kang Tae Oh in “The Tale of Nokdu“:

Kang Tae Oh
Doom at Your Service
How does this article make you feel?