On April 14, Jennie took to Instagram to share several photos of herself at an arboretum in the city of Paju, along with the caption “An outing.”

One of the photos depicted the hands of seven different people holding up ice cream, which caused some people to speculate that she may have violated South Korea’s current ban on private gatherings of five or more people. After the post drew criticism online, Jennie deleted the photo in question.

On April 17, YG Entertainment addressed the controversy by clarifying that Jennie had been at the arboretum for work and not for a social gathering.

A representative of the agency officially stated, “Jennie went to the arboretum to film content for a video.” 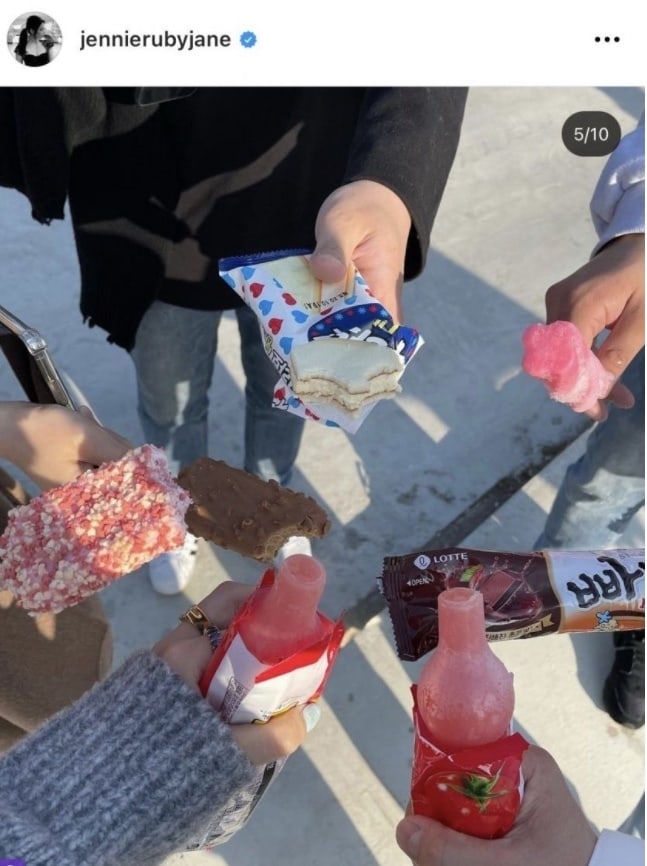