“Taxi Driver” is about a mysterious taxi service that delivers revenge on behalf of victims who are unable to get justice through the law. Lee Je Hoon stars as Kim Do Gi, a former special forces officer and a driver for the service.

In the previous episode, Kim Do Gi went undercover as a teacher and entered a school that was ruled by three fearless bullies. On the first day, they ditched his class and stole his wallet. At the very end of the episode, Kim Do Gi fell into a trap set up by the head bully Park Seung Tae (Choi Hyun Wook), and viewers are eager to find out what will happen next.

The new stills show Kim Do Gi getting revenge as himself and not as a fake high school teacher. He is wearing his signature brown jacket and dark sunglasses, and he faces the gang with a powerful aura. The men attempt to attack him, but he fights back by hitting their vital points with his bare hands. Bewildered by Kim Do Gi’s true nature, Park Seung Tae stumbles backward and stares at him in fright. 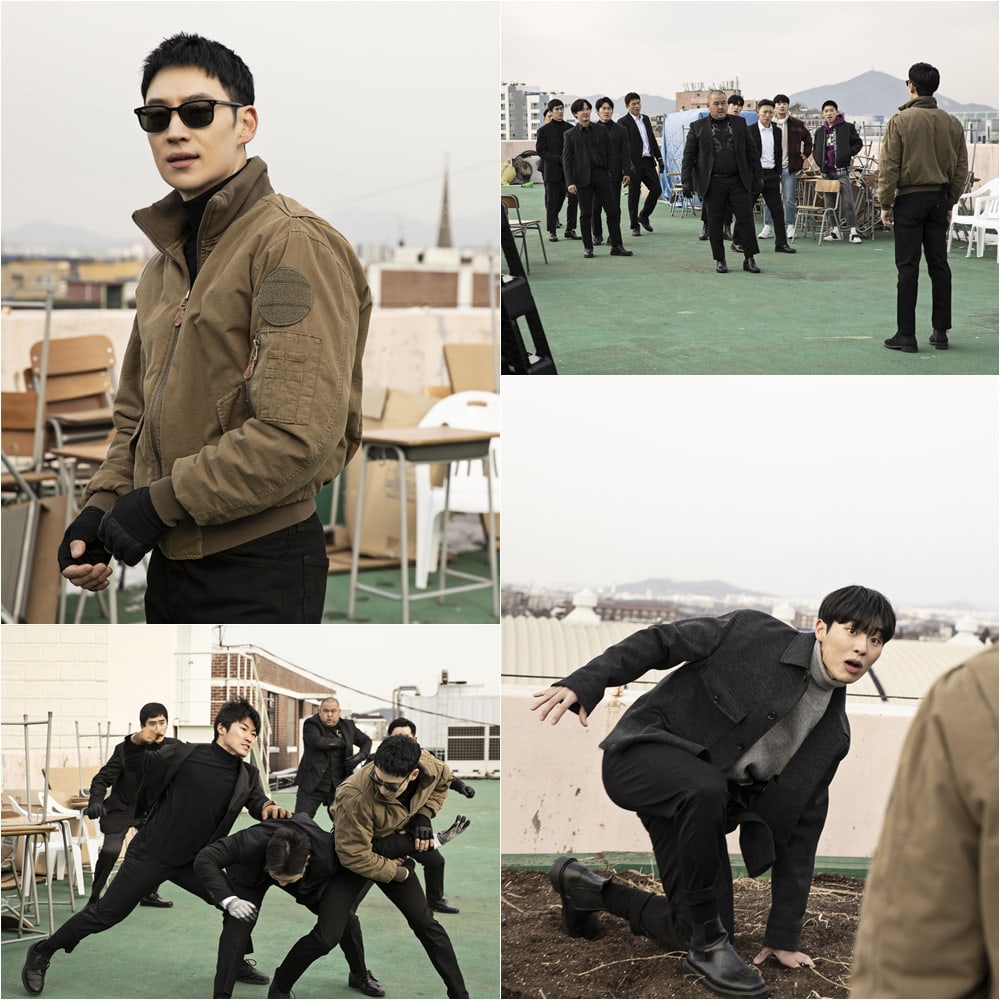 The production staff stated, “Lee Je Hoon is a natural actor who isn’t careless about a single action or line in the script. Please watch the refreshing and passionate action scenes of Lee Je Hoon who became one with the taxi hero Kim Do Gi.”