Watch: Lee Bo Young Shares Insight Into Her Character + Poses A Question In Teaser For Upcoming Drama “Mine”

Seo Hee Soo is a former top actress and the wife of Han Ji Yong (Lee Hyun Wook) who is the second son of Hyo Won Group. During a trip, she fatefully meets Han Ji Yong and falls in love with him. She raises his son as if he is her own, and she starts to live her life as part of a chaebol family. However, she isn’t treated well by those who look down at her and envy her. She becomes an outsider in the elite world, but despite the mistreatment she gets from others, she continues to protect her true self.

Lee Bo Young talked about the script, saying, “First, the script was really interesting to read. It was different from what I’ve done so far, and it was a character that I’ve never done before.”

She then mentioned her character and commented, “Seo Hee Soo is a very honest and unpretentious person. She is someone who reveals her thoughts transparently.”

One key point about Seo Hee Soo’s character is her motherly love. Despite the fact that Han Ha Joon (Jung Hyun Joon) isn’t her real son, she loves him without any prejudice.

Concerning that, Lee Bo Young explained, “I am a mother with children, and there is something I realized while working on my previous work ‘Mother.’ It is that motherly love is also about giving birth to your children, but it is more related to raising them. I think the time you spend with your child and the moments you grow with them are very important. For Seo Hee Soo, motherly love comes from Han Ha Joon himself. When she got married and entered a chaebol family, she was able to rely on Han Ha Joon, who was the only one to accept her completely, and he will be the driving force and energy for her to live in the Hyo Won Group family.” 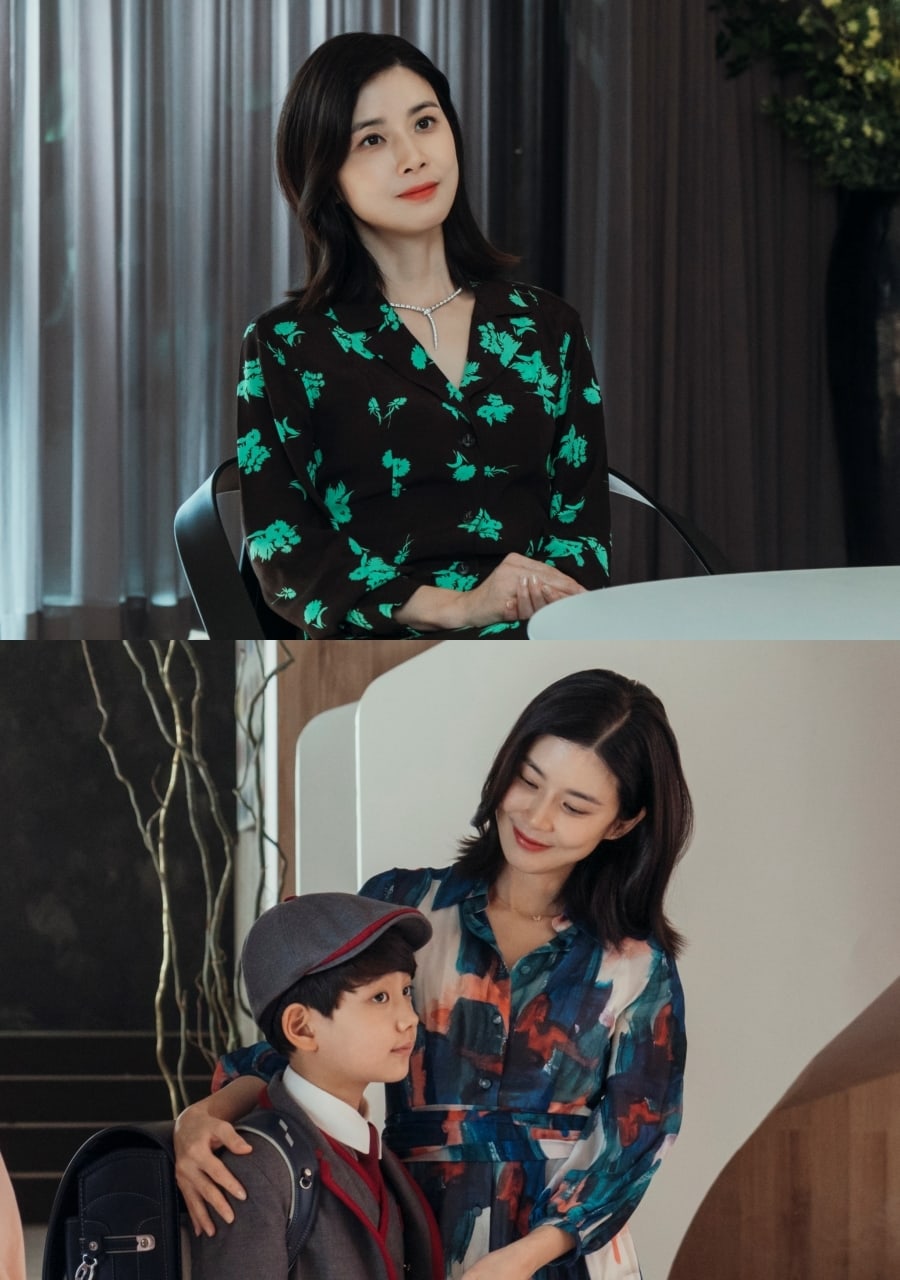 The clip opens up with Seo Hee Soo enjoying a cup of tea, and her voiceover says, “The only reason why my life shines.” She seems to be having a happy life with her loving husband and sweet son. However, for some strange reason, everything is going backwards. Towards the end, her smile diminishes as her voiceover asks, “Is everything in front of me really mine?”

“Mine” will premiere in May.

In the meantime, watch Lee Bo Young in “Mother”:

Lee Bo Young
Mine
How does this article make you feel?