“Word of Honor,” formerly known as “A Tale of the Wanderers,” is an adaptation from one of Priest’s novels entitled “Faraway Wanderers.” The drama tells the story of Zhou Zi Shu (Zhang Zhe Han) and Wen Ke Xing (Gong Jun), two men from different backgrounds who become fast friends, embarking on an adventure to find a legendary treasure. While it was a definite outsider in the pool of BL adaptations scheduled for 2021, due in part to a tiny budget and multiple issues prior to filming, “Word of Honor” was quick to become a phenomenon, and is one of the must-watch dramas of the year. Here are five reasons to check out the drama below!

If you’re an expert of the found family trope, then you’ll love “Word of Honor,” which is ripe with accidental child acquisition. The drama features two broken men doing their best to parent their not-kids while refusing to admit that, yes, they’re parents now. These kids also have to deal with coming to know these two very odd men who’ve taken it upon themselves to protect them from unwanted and not-so-unwanted dangers. This includes worldwide conspiracies and suitors.

An ode to life

At the beginning of the show, Zhou Zi Shu (Zhang Zhe Han) decides to leave his organization, and while he gladly pays it, the price for his freedom is that he only has three years left to live. So he decides to spend them traveling around, drinking good wine, and reveling in the sunshine. Wen Ke Xing (Gong Jun), on the other hand, has a mysterious dark past, and learns that there is more to life than his goals as he comes to know and love his newfound family.

“Word of Honor” is all about learning to live, to love life, and revel in every single moment, even in seemingly unimportant details such as the sunlight or a shared cup of wine. The sheer contentment on Zhou Zi Shu’s and Wen Ke Xing’s faces as they simply sit in the sun is both heart-warming and beautiful. 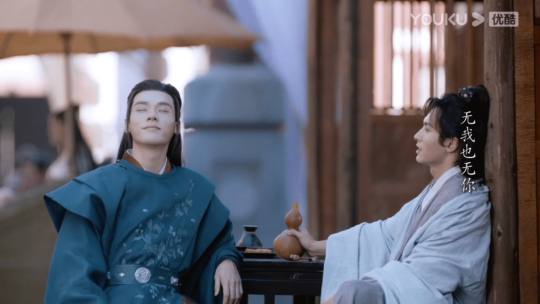 One of Wen Ke Xing’s main characteristics is that he’s a man of culture, and he constantly quotes poetry. That in itself is enough to check out “Word of Honor,” especially if you’re curious about Chinese literature. And the best thing about it is that Wen Ke Xing’s quotes always hold a deeper meaning that allows the audience to perceive things unsaid. And there are many, many things unsaid.

This very same dynamic is noticeable in silent gestures between the leads — the gift of a hairpin, for instance, or a cut sleeve fluttering to the ground. On top of that, while they start off wary and intrigued, respectively, neither Zhou Zi Shu nor Wen Ke Xing are shy about their mutual trust and support once they get to know each other. (Expect hugs. Many of them.)

Truly, Zhou Zi Shu and Wen Ke Xing’s relationship is a delight to watch as it blossoms. While they’re equally badass, both men complement the other perfectly in terms of personality. One is flamboyant, loquacious, and attention-drawing while the other is quiet and would rather watch from the shadows. Slowly, these two go from sparring as a language to tacit understanding, silent glances, and truths shared and understood simply through their grasp of each other’s character.

On a more general note, the characters’ evolution is beautifully written. There are lessons learned through hardship and tragedy, and each clue to the truth is intricately linked to many others as the veil lifts little by little, ultimately leading them to question themselves and their objectives.

In the end, what makes “Word of Honor” such a fantastic watch is very simple: it’s love. The love that the characters share, of course, but it’s also the love that was clearly put into this work. It starts with the screenwriter, a fan of Priest’s works, who clearly put a lot of effort into the script, so much so that even book fans can’t complain about the changes. It continues with the production team, who worked very hard on the costumes, which are unexpectedly good given how little budget they had at their disposal. And finally, it includes the actors, who clearly had a grand time acting out their roles. “Word of Honor” is a drama that had a lot of love poured into it, and you can tell as you watch. 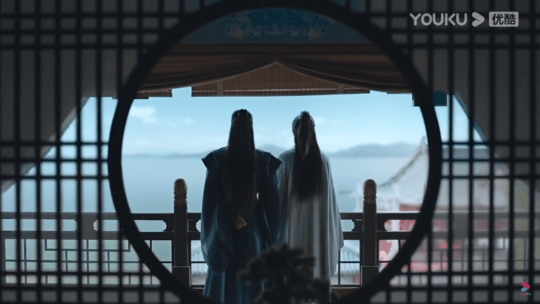 Hey Soompiers, have you checked out “Word of Honor”? Let us know in the comments below!