“Somehow Family” stars Sung Dong Il and Jin Hee Kyung as a married couple who run a boarding house near the airport for those who work there. It originally began airing in 2020 but was put on hiatus due to payment issues. It recently premiered again after reorganization on March 21, 2021. (The drama completed filming before Shin Won Ho enlisted in October 2020).

CLC’s Eunbin plays Sung Ha Neul, the daughter of the married couple, who was studying abroad but returned home after her best friend died in a tragic accident. She receives another shock when she meets the new boarding house guest Won Ho (Shin Won Ho), who looks exactly like her dead friend.

In a previous episode, even though Won Ho greeted her cheerfully, Ha Neul was unable to hide her confusion and ran out of the house. The new stills show a determined Won Ho making secret plans to win over Ha Neul. He hovers around her and tries to narrow the gap between them with his bright and cheerful smile. However, she is unable to let her guard down and responds coldly to his advances of friendship. But when Won Ho is caught in a difficult situation, it creates the chance for her to reach out to him instead. 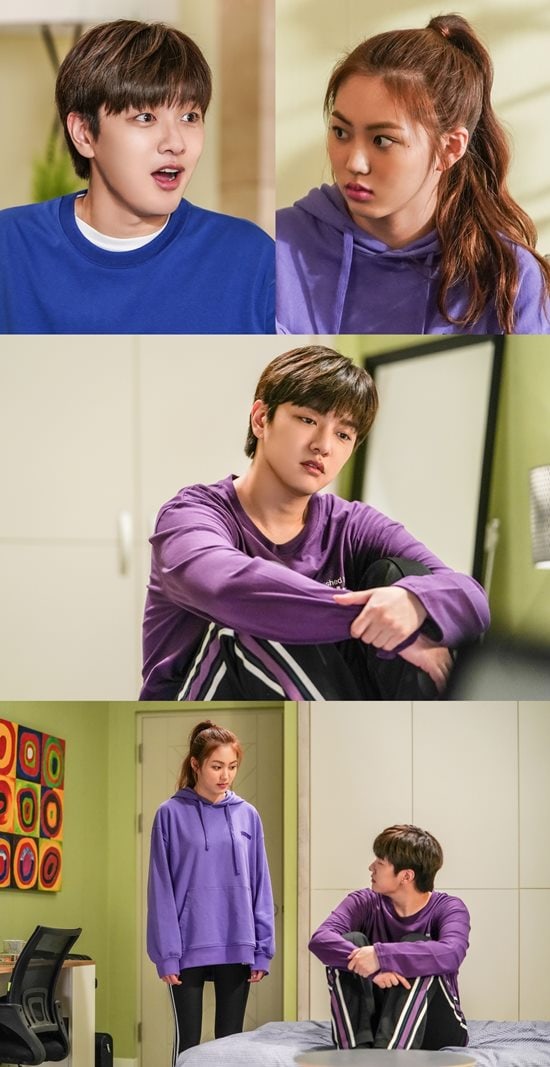 The production staff stated, “Please look forward to the detailed acting between Kwon Eunbin and Shin Won Ho, who hold their own among veteran actors. The episode will not only show the sudden change in emotions between the two, but also the three-dimensional nature of expressing difficult emotions that are kept hidden, as well as some comedic acting.”