Park Ju Hyun has been showing her potential as an action star in tvN’s “Mouse”!

“Mouse” is an unpredictable mystery thriller set in a world where humans can identify psychopaths by performing a DNA test on a fetus in a mother’s womb. Lee Seung Gi stars as the police officer Jung Ba Reum, and Lee Hee Joon appears as the hardened detective Go Moo Chi.

Park Ju Hyun is making an impression on the viewers of “Mouse” with her skilled action scenes as the martial arts expert Oh Bong Yi. Here are three scenes where her abilities were exceptionally great!

When a armed man broke in and threatened her with a weapon, Oh Bong Yi taught him a lesson with her swift moves. When the man attempted to run away, she chased him and pinned him down with a flying kick. She made use of her long limbs to execute a refreshing action sequence and caught the eye of the audience. 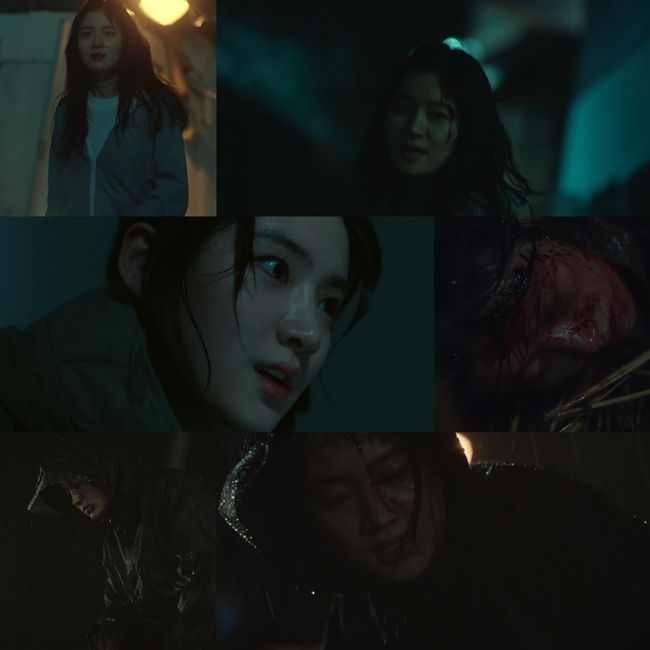 When Oh Bong Yi found out that the sexual assault criminal Kang Duk Soo (Jung Eun Pyo) had kidnapped the little girl Yu Na, she chased him down and got into a physical fight in an attempt stop him from executing his plans. She had viewers rooting for her as she stopped him with her entire being amidst the pouring rain.

Park Ju Hyun showed great stamina as she filmed the scene of the brawl opposite a male actor. She maintained her character’s emotions while carrying out the rough fight scene, creating a one that viewers could not take their eyes off of.

While Go Moo Chi was drawing scenarios in his mind about Kang Duk Soo’s death, he wondered if Oh Bong Yi could be the culprit. Although it was only in his imagination, he pictured Oh Bong Yi pulling Kang Duk Soo using a chain and emitting a spine-chilling aura.

Which of Park Ju Hyun’s action scenes were you most impressed by?

“Mouse” airs Wednesdays and Thursdays at 10:30 p.m. KST. Start watching the thriller below!

Park Ju Hyun
Mouse
How does this article make you feel?