tvN’s “Navillera” has revealed stills of Seo In Guk from the upcoming episode!

Seo In Guk gives off a casual appearance in the newly released stills with his parted hair and simple outfit. He takes on the part of Hwang Hee, a popular ballerino who captures the gazes of everyone in the studio with his fluid and graceful aura. Duk Chool in particular is said to grow bashful the moment he sees Hwang Hee, starstruck by his presence. 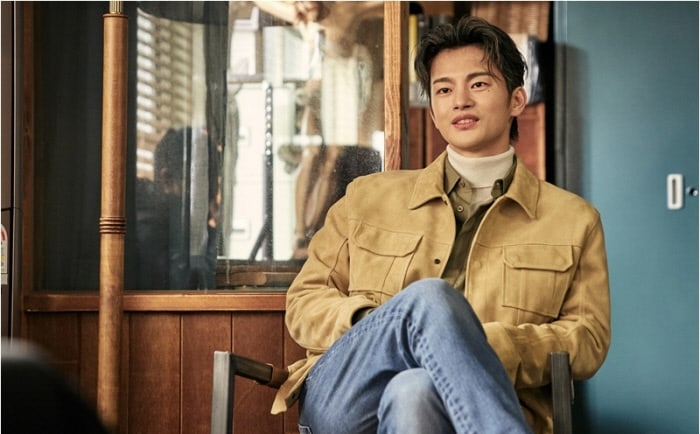 In another still Hwang Hee gets involved in a subtle battle of nerves with his junior Lee Chae Rok, who catches Hwang Hee as he leaves the studio to tell him something which makes his eyes narrow in suspicion (see top photo). Viewers are left wondering what will cause friction between the two ballerinos.

The drama’s producers commented, “Seo In Guk will be making a surprise appearance in episode 9 thanks to his relationship with director Han Dong Hwa. Including Park In Hwan, whom he worked with in the past, Seo In Guk is set to display a unique chemistry with all of the cast members. We would like to thank Seo In Guk for taking time out of his busy schedule to come.”

In the meantime, check out Seo In Guk in “The Smile Has Left Your Eyes” below:

Seo In Guk
Navillera
How does this article make you feel?