JTBC has released a captivating highlight reel for the upcoming drama “Undercover”!

Based on the BBC series of the same name, “Undercover” stars Ji Jin Hee as Han Jung Hyun, a National Intelligence Service (NIS) agent who gave up everything and has been hiding his identity ever since he fell in love with his wife, Choi Yeon Soo (Kim Hyun Joo). When he gets caught up in an unexpected incident he must fight to protect his family from powerful forces.

The highlight reel begins on an idyllic beach, where Han Jung Hyun watches his wife and two children race along the shore with tears in his eyes. His narration begins, “If I had told them everything, would it have turned out differently? I can’t even say I want to go back to the way things were before.” Amidst a montage of more touching moments with his family, he continues, “To Yeon Soo and the kids, I’m Han Jung Hyun. If I’m able to, I want to die as Han Jung Hyun.”

The video then turns back time to 1991, where the the young Lee Seok Gyu (Yeon Woo Jin) takes on a new identity as Han Jung Hyun in order to carry out a top secret assignment. When he visits the site of a protest, he falls in love with the young law student Choi Yeon Soo (Han Sun Hwa) at first sight. After learning about her strong sense of justice, he decides to give up everything for her, saying, “I can no longer do any wrongs toward her.” 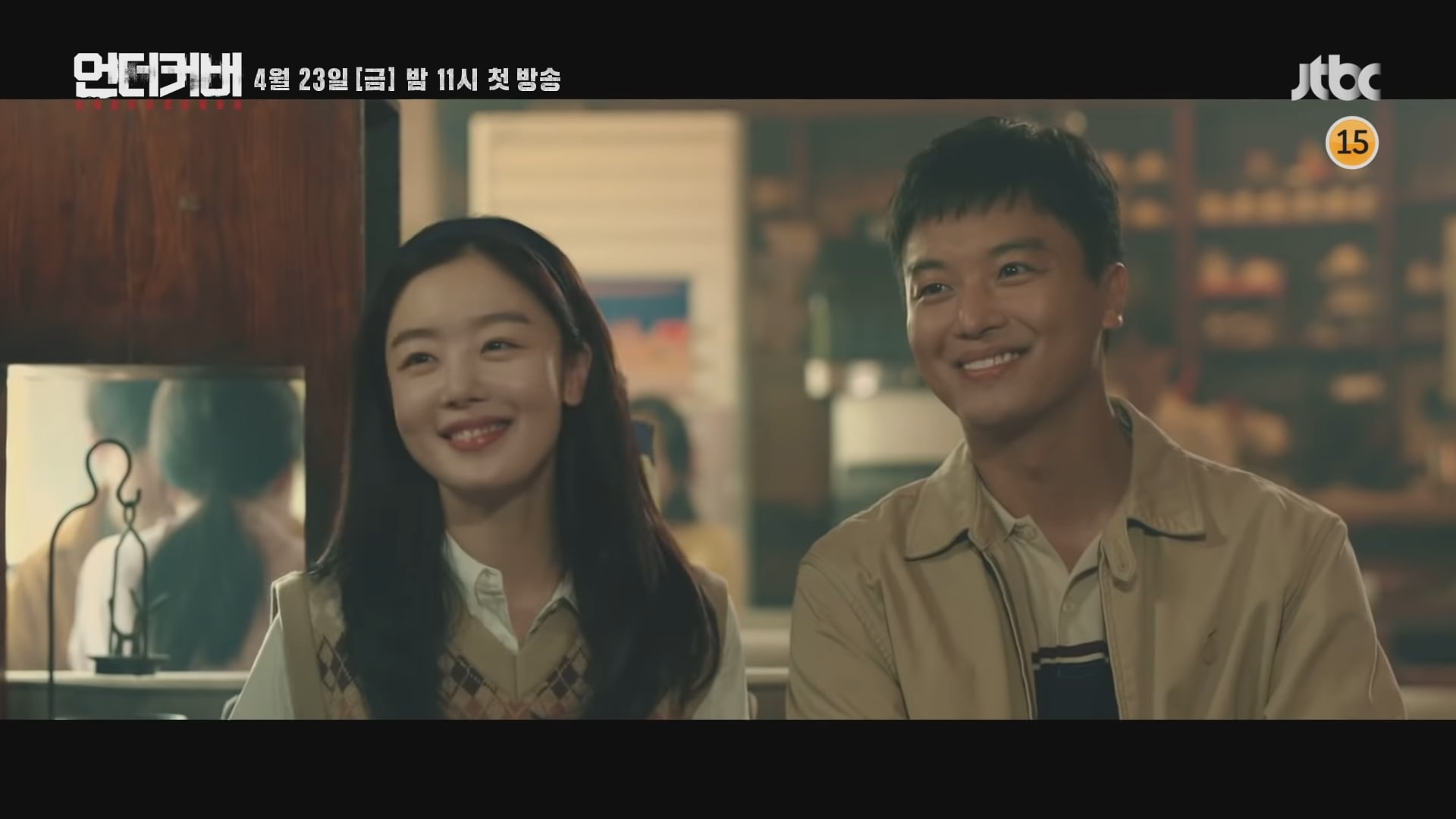 Having grown up to become a human rights lawyer, Choi Yeon Soo is then nominated to become the head of the Corruption Investigation Office for High-Ranking Officials (CIO). Im Hyung Rak (Heo Joon Ho), the executive director of the NIS, views Choi Yeon Soo as a thorn in his side that must be removed at all costs, and his appearance in front of Han Jung Hyun brings a sense of foreboding.

Han Jung Hyun’s former colleague Do Young Geol (Jung Man Sik) gives him a sinister greeting to welcome him back to the team when he is tasked with the mission of stopping his own wife from becoming the head of the CIO. Unwavering in his resolve to protect his family, Han Jung Hyun warns Do Young Geol, “If you mess with Choi Yeon Soo, you’re dead.”

However, due to Han Jung Hyun’s secret, the couple’s world collapses after a series of devastating events. Even their children begin to grow suspicious, with their daughter Han Seung Mi (Lee Jae In) asking, “Hasn’t dad been acting a little strange lately?” As Choi Yeon Soo becomes increasingly doubtful about her husband’s identity, the highlight reel comes to a climactic finale as she aims a gun at him, her voice asking tearfully, “Who are you? You’re not Han Jung Hyun.” 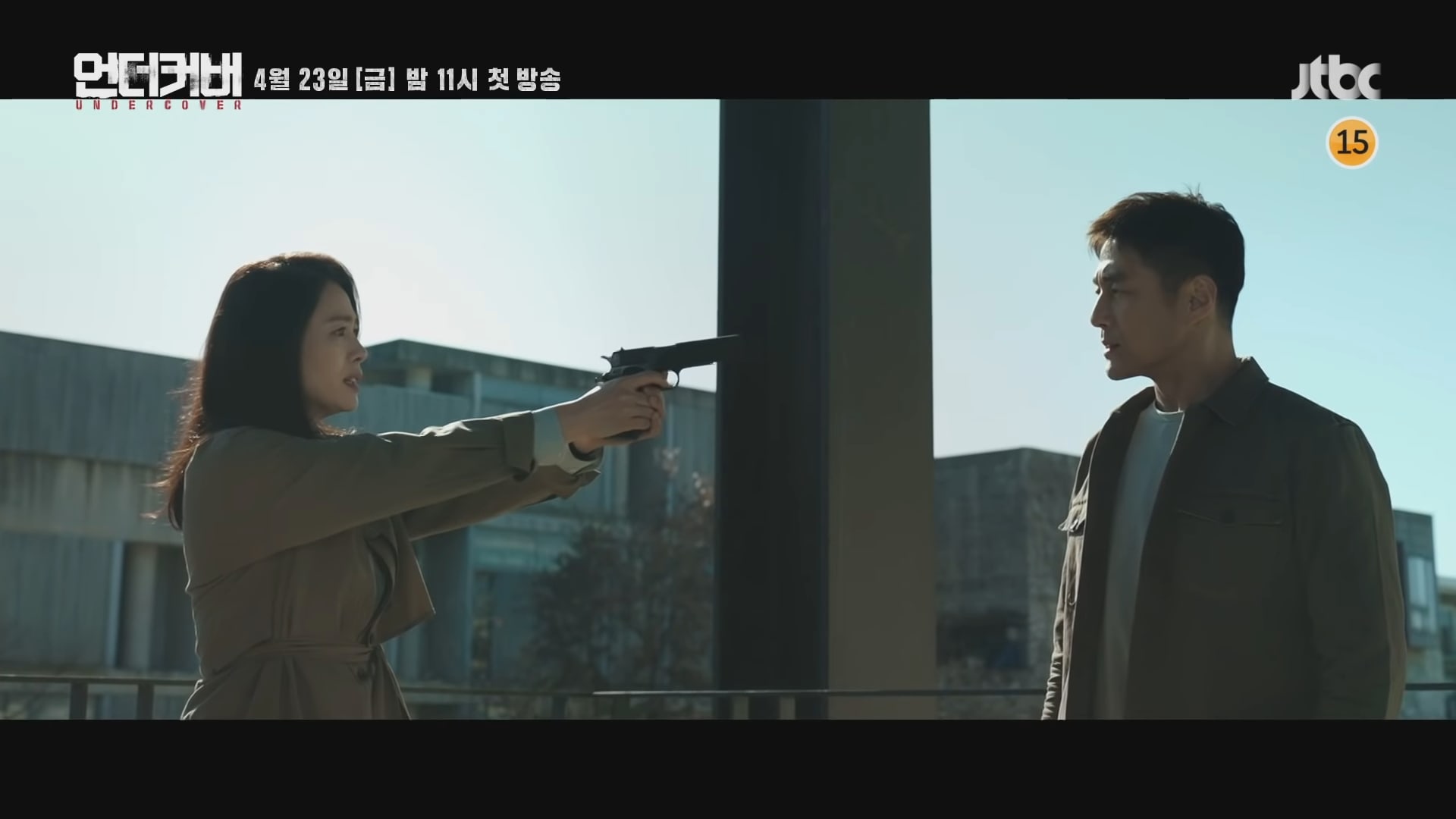 “Undercover” premieres on April 23 at 11 p.m. KST. In the meantime, check out another teaser for the drama here!