Watch: Lee Seung Gi Asks Kim Jong Kook To Choose Between Singing Or Working Out On “Master In The House”

Kim Jong Kook appeared as the “master” on the April 18 episode of SBS’s “Master in the House”!

For his appearance on the show, Kim Jong Kook set up a fake trip to Los Angeles, which he often visited before the COVID-19 pandemic restricted travel. He said, “I went there so often that there were rumors I had a wife and child there. I couldn’t go this year because of COVID-19.” 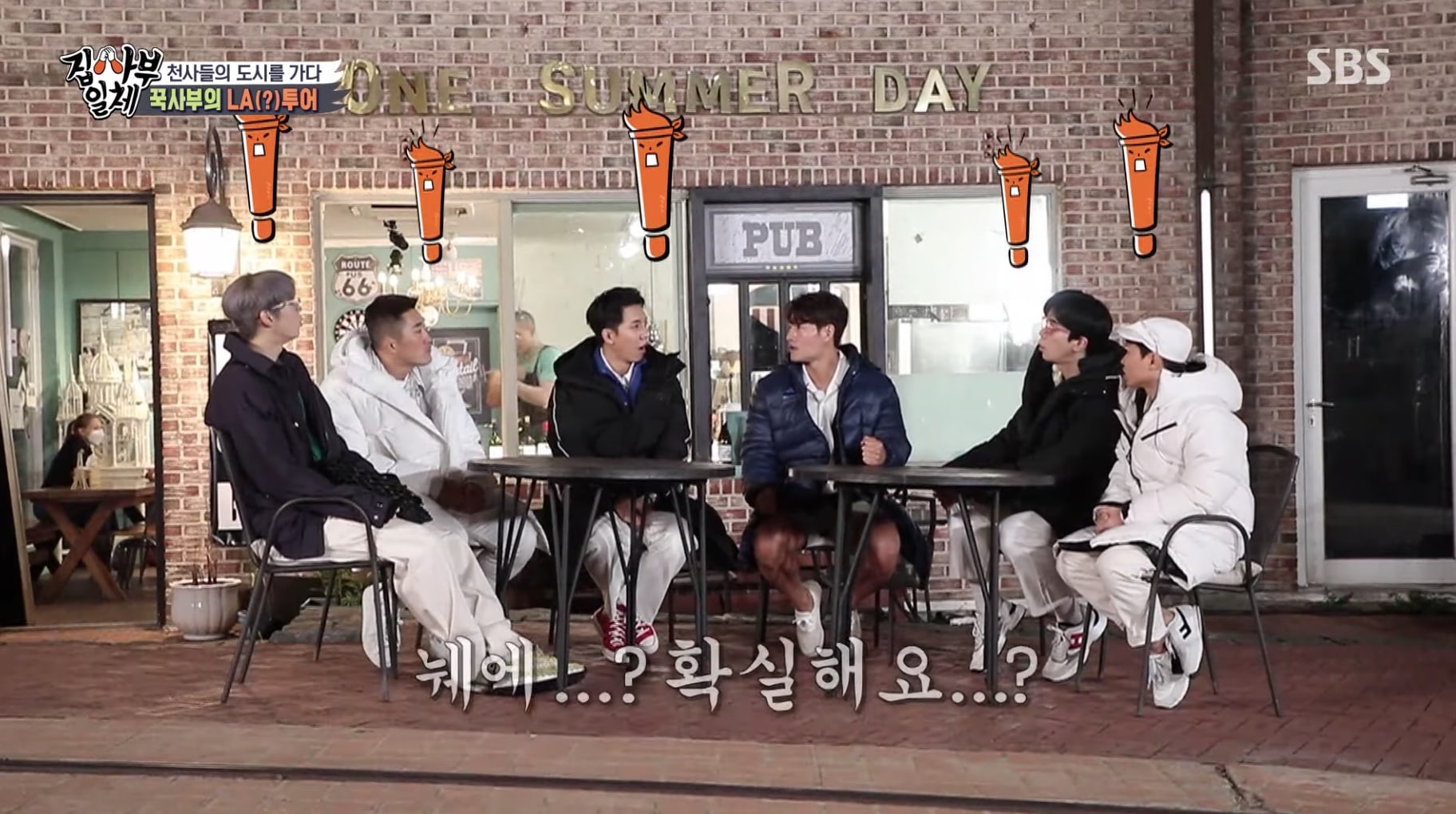 Kim Jong Kook shared that his English name was “JK” and asked the others if they had English names. Lee Seung Gi said, “Mine is Vincent. A missionary gave me the name when I was in middle school. Like Vincent van Gogh, it’s a very traditional and elegant name. I’m Vincent Lee.” Cha Eun Woo said that his name was Felix and that it had been given to him by his English tutor.

After showing off his English skills, Kim Jong Kook explained, “I like to go traveling with my mother. I disliked feeling nervous when I was at a disadvantage because I didn’t know English, so I started learning English when I was around 30.” He shared that he gets along well with his mother and said, “She also likes to exercise. I drop her off at the golf course and I go to the gym.” 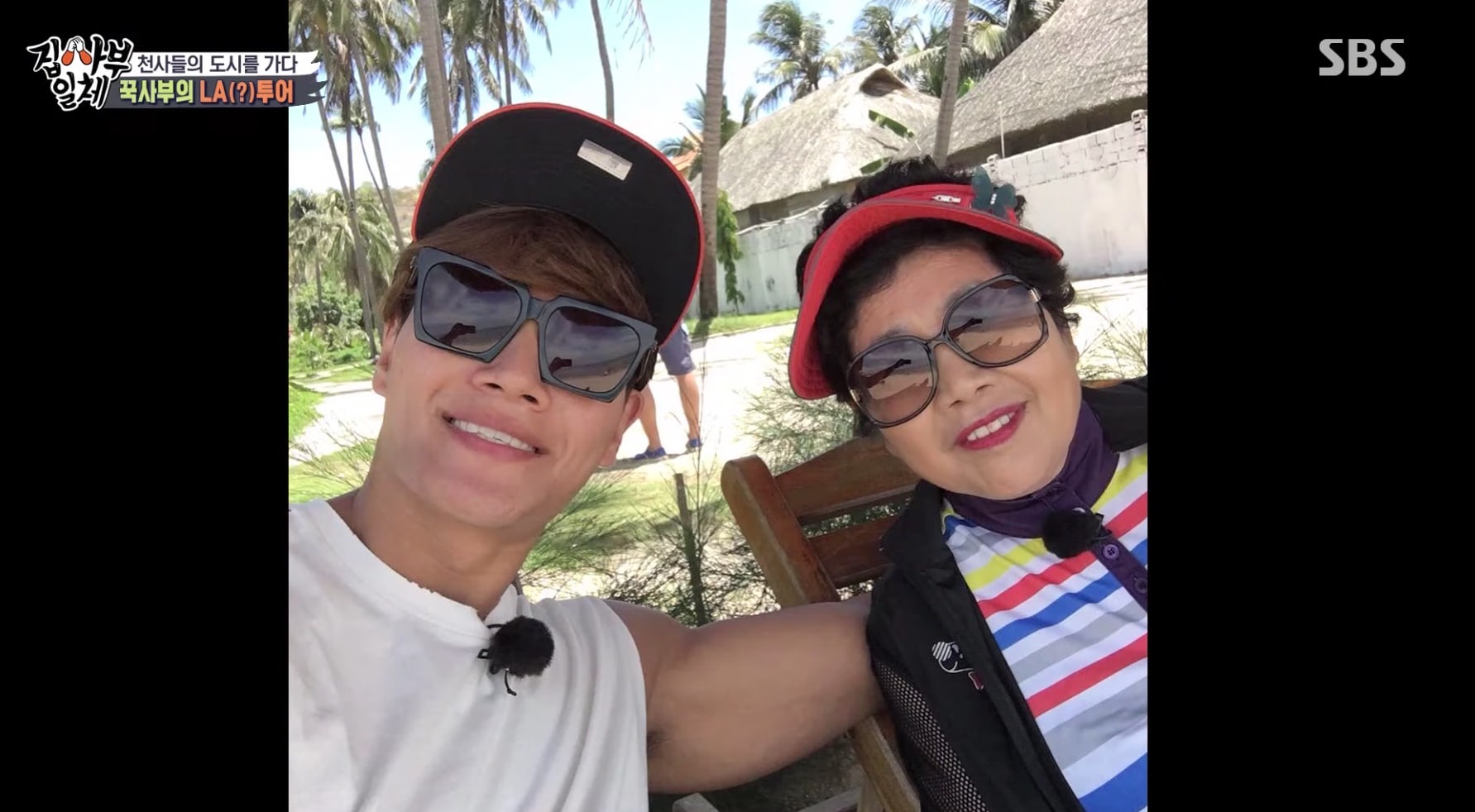 The members and Kim Jong Kook then held a special busking session the fake streets of Los Angeles. Kim Jong Kook sang Bruno Mars’s “Just the Way You Are” and made his “students” emotional with his voice.

During the busking session, Lee Seung Gi threw Kim Jong Kook for a loop by asking him to choose between singing and working out if he could only do one of them for an entire year. Kim Jong Kook tried to retort by asking him if he liked his mom or dad better, but Lee Seung Gi replied easily, “I think I like my mom more.” In the end, Kim Jong Kook chose exercise and said, “There are times when [singers] take a few years between albums after all.”

Things took a heated turn when Kim Jong Kook asked for the chance to avenge his loss in a ssireum (Korean wrestling) match with Kim Dong Hyun five years ago. The two of them engaged in a battle of thigh strength and Kim Jong Kook merged victorious. Even back at the hostel, Kim Jong Kook made the members exercise using whatever was available, including chin-ups on the bed frame.

Lee Seung Gi
Cha Eun Woo
Kim Jong Kook
Master in the House
How does this article make you feel?