On the April 18 episode of MBN’s “Eat More,” Jung Il Woo and Yuri appeared as guests. The two actors are starring together in the upcoming MBN historical drama “Bossam – Stealing Fate.”

She picked cheonggukjang (stew made with fermented soybean paste) as her soul food and said, “Putting radishes in cheonggukjang is so good. If you eat it with new kimchi, it’s the best.”

At one point in the episode, Im Ji Ho asked after Yuri’s mother’s health and said, “I heard she hasn’t been well.” Yuri said, “She endured it well and has improved a lot in health. She cooks for us a lot now. She’s in an optimistic frame of mind and is carefully managing her health.”

She went on, “My mom was diagnosed with breast cancer right before I made my debut with Girls’ Generation. The cancer had relapsed but I had no idea. She only told me about it after she had recovered and gone through treatment. It’s the kind of thing that you can’t not know if you live together. She even went through chemotherapy, but I was the only one in my family who didn’t know. She didn’t tell me because she was worried it would affect my preparations for promotions. I got angry with her about keeping her pain to herself. Instead of feeling grateful, I was hurt, and ended up expressing that first.”

She said, “Even when she was in a really serious situation where I might not have seen her again, she didn’t tell me. I didn’t even know she had relapsed. I was immature and said to her, ‘Why did you make me into a bad daughter?’ Now I feel really apologetic toward her. Afterward, I had a lot of talks with my mom and started to be more responsible for my family.” 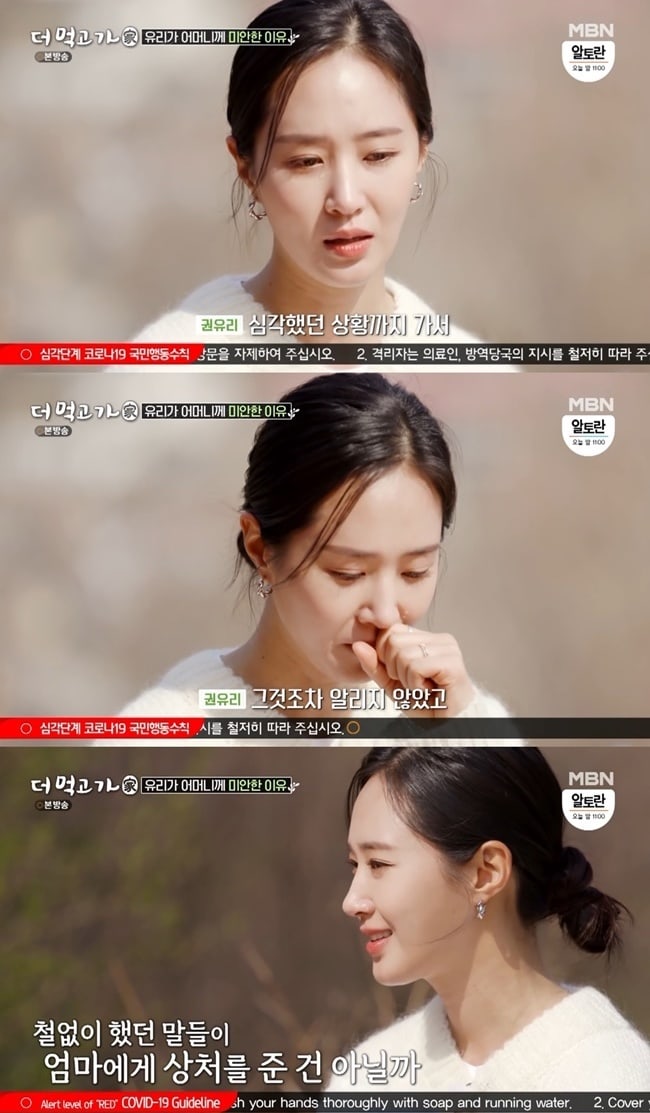