As the story deepens, the actors’ acting becomes more delicate and detailed. They are able to portray both the bright and cute nature of the drama as well as their characters’ mature emotional expressions.

On April 19, “Oh My Ladylord” shared photos of Lee Min Ki, Nana, and Kang Min Hyuk on the drama set. The three actors are eagerly reviewing their scripts while preparing to film. Lee Min Ki’s eyes are focused entirely on his script, whereas Nana studies her script with a cute clip in her hair. Kang Min Hyuk is grinning widely as he memorizes his lines. It is obvious that they feel affection for their respective characters. 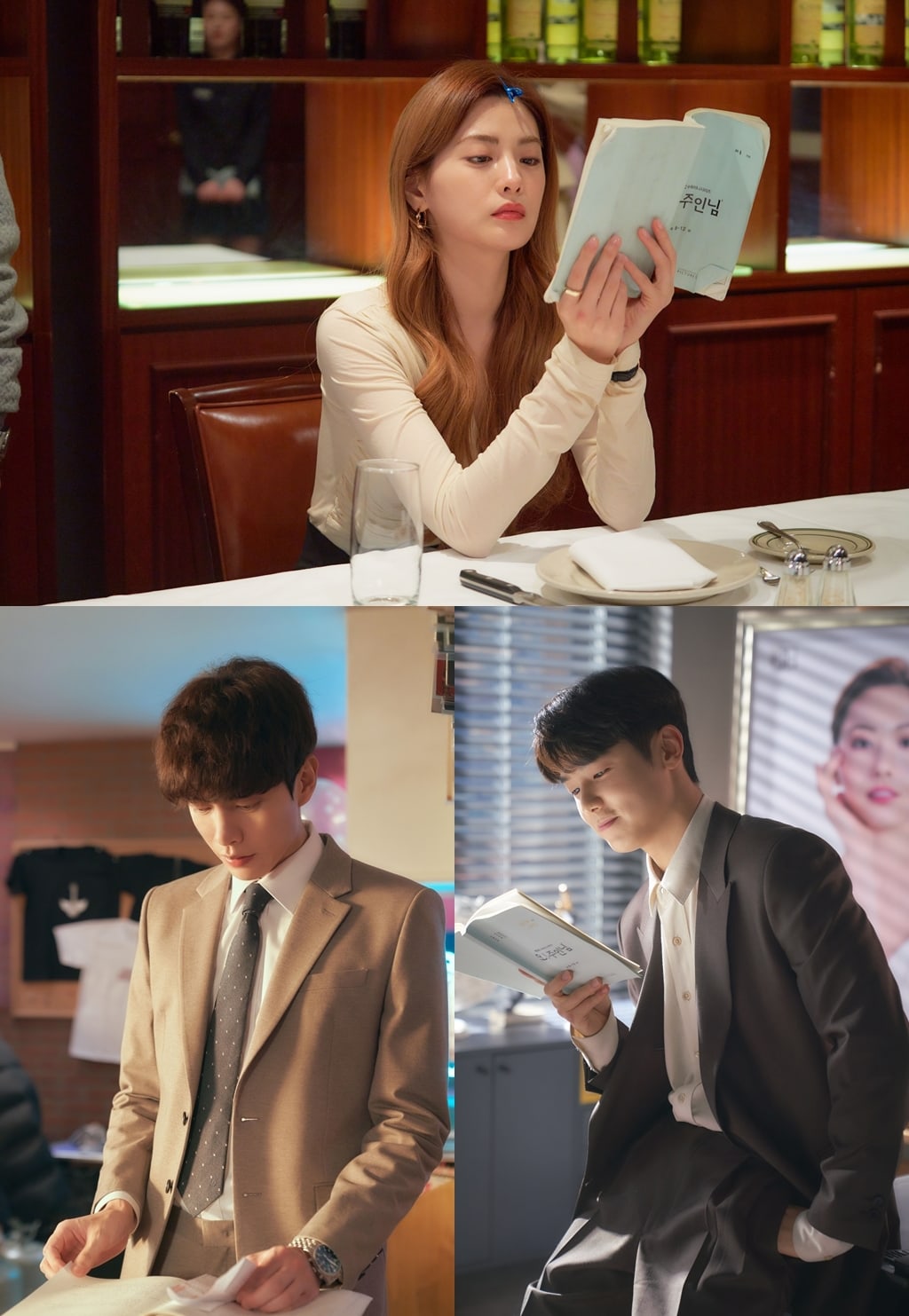 The drama’s production crew stated, “‘Oh My Ladylord’ will tell a deeper story as it enters the halfway point. Lee Min Ki, Nana, and Kang Min Hyuk will lead the drama with more mature acting that will be in line with the story. Because of the actors who always do their best, ‘Oh My Lady’ can be completed. We ask for your continued affection, interest, and support.”

“Oh My Ladylord” airs on Wednesdays and Thursdays at 9:20 p.m. KST.

Watch Kang Min Hyuk in “How To Be Thirty” below: