BTS and McDonald’s are launching a collaboration!

On April 19, McDonald’s announced the launch of the “BTS Meal” in May. On Twitter, BTS’s official account retweeted the initial announcement. The BTS Meal will be available in almost 50 regions around the world, including South Korea, the United States, Canada, Indonesia, Singapore, Hong Kong, Australia, and more.

According to a press release, the “BTS Meal” was designed according to BTS’s own preferences. It will consist of 10-piece Chicken McNuggets, medium French fries, and a medium drink, along with sweet chili and Cajun sauces, which were developed in the Korean McDonald’s. This collaboration is part of McDonald’s celebrity signature menu program.

The BTS Meal will launch on different dates depending on the region, starting with the United States on May 26 and South Korea on May 27.

Coming this May: The BTS Meal pic.twitter.com/iarw2gYMsx 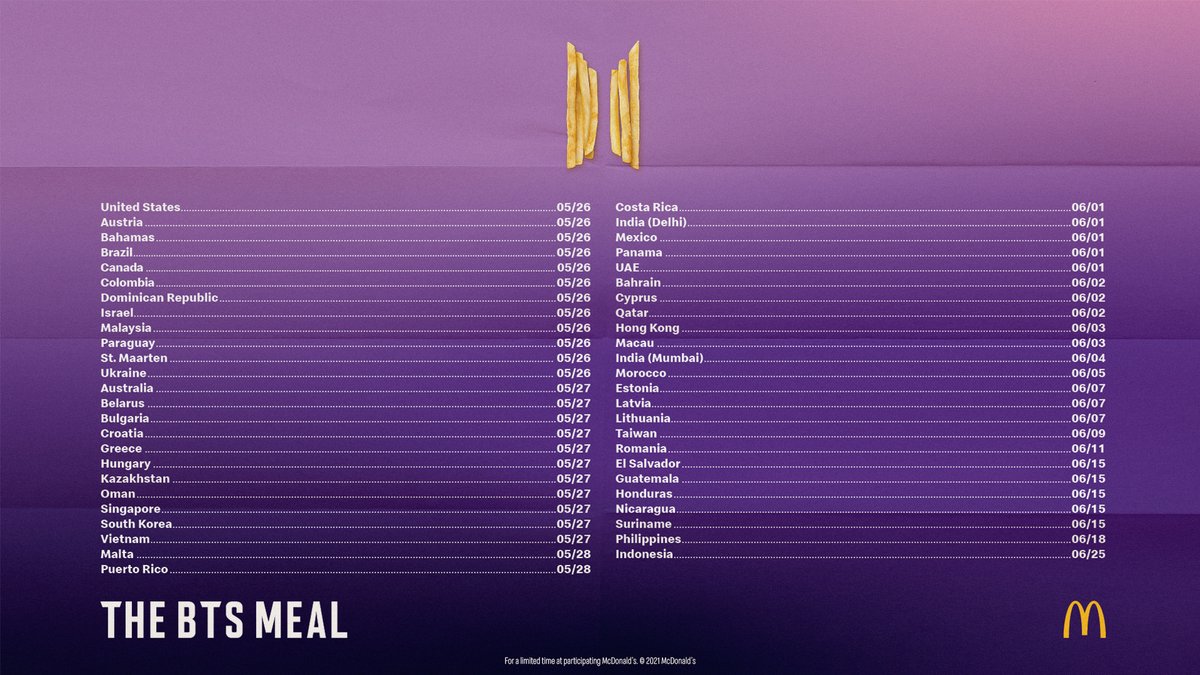 What do you think of the collaboration?