Jang Nara and CNBLUE’s Jung Yong Hwa will be cooperating in “Sell Your Haunted House,” but it looks like not everything will go smoothly!

Previously in the drama, Hong Ji Ah grew confident that Oh In Bum was a special psychic medium, and they tried to exorcise her mother’s vengeful spirit together. Although they failed, Oh In Bum recalled that his uncle’s death was connected to Daebak Real Estate and volunteered to be the psychic medium for the mysterious real estate company to dig deeper into it.

New stills depict the scene that was shown in last episode’s preview, where Oh In Bum and Mr. Heo (Kang Hong Seok) pay a visit to Hong Ji Ah and Joo Hwa Jung’s (Kang Mal Geum’s) office. The original Daebak Real Estate pair Hong Ji Ah and Joo Hwa Jung sit opposite the “exorcism conmen” Oh In Bum and Mr. Heo and exude hostile energy. With an icy expression, Hong Ji Ah hands them a contract she wrote up for their partnership, and when Oh In Bum reads the contract, he is taken aback by the text, “Maintain (blank) during the length of the contract.” What could be written in the blank? 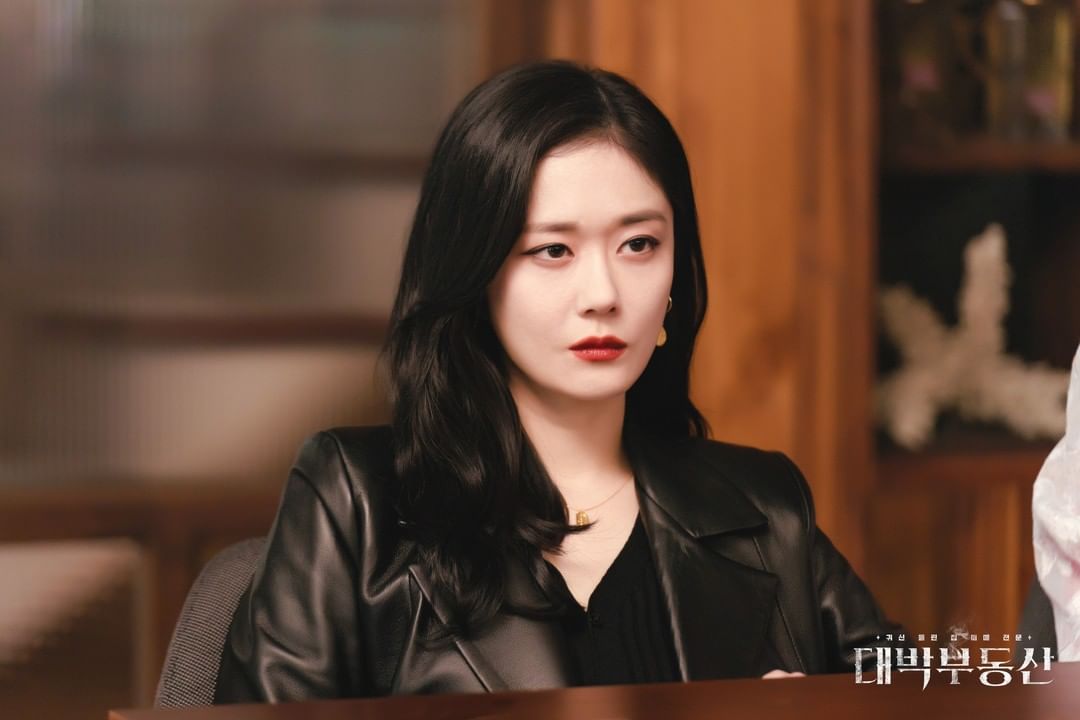 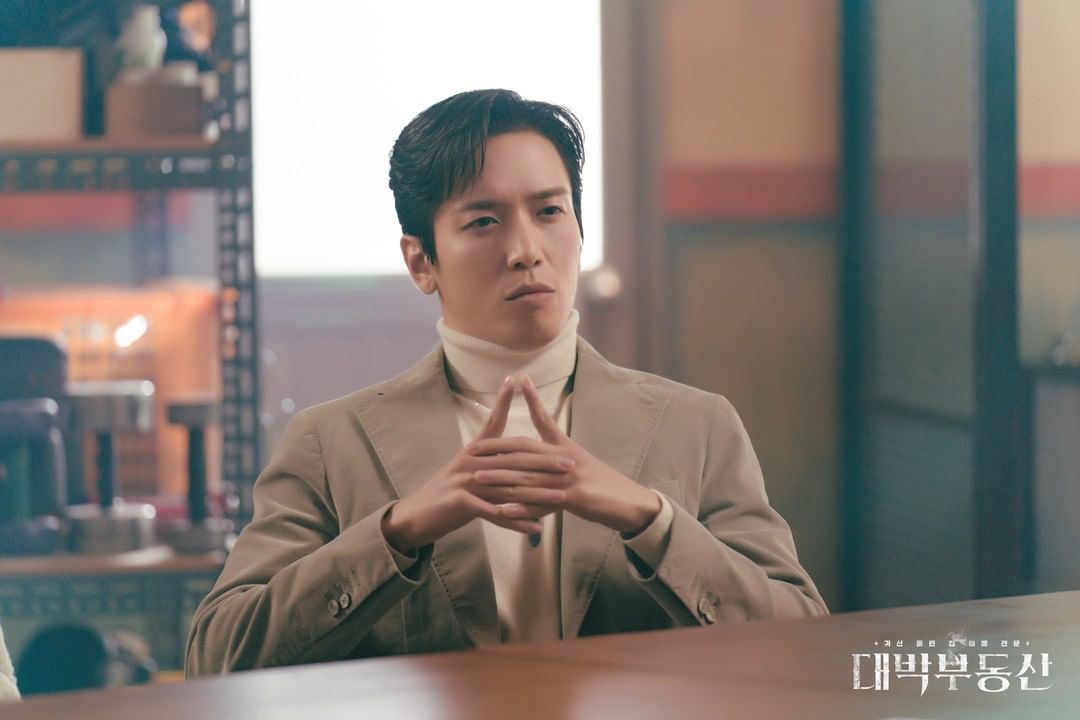 Despite the bickering taking place between Hong Ji Ah and Oh In Bum, Joo Hwa Jung keeps a sweet smile on her face like the professional she is, while Mr. Heo looks sullen. More chaos ensues as Mr. Heo says something that makes Oh In Bum suddenly act out. 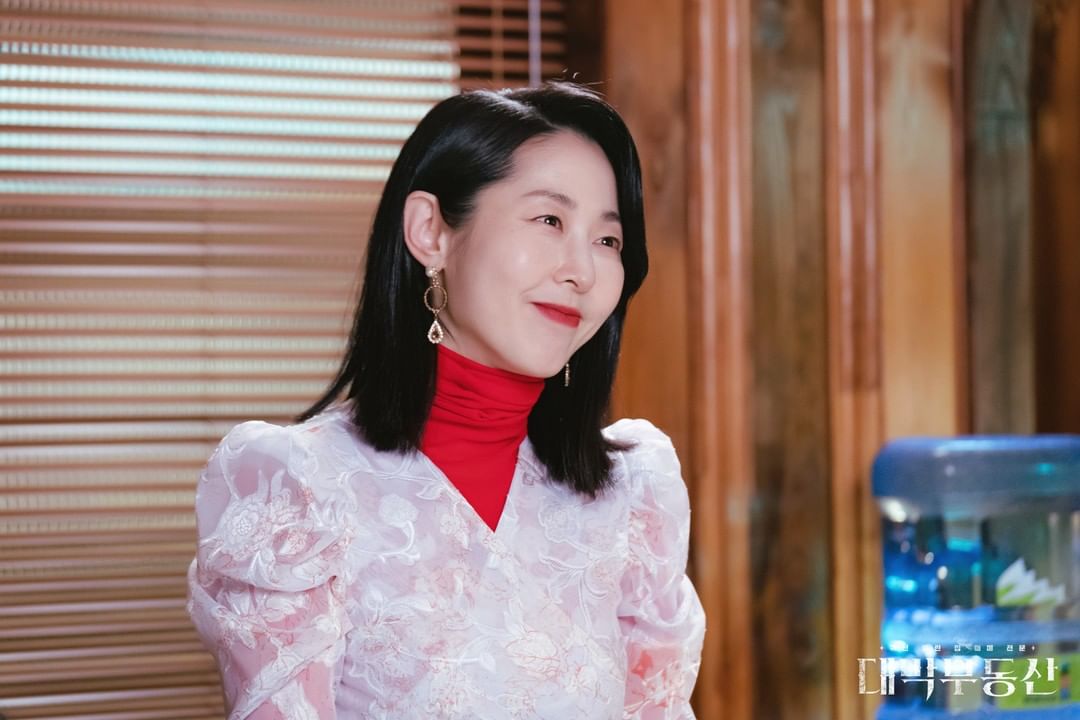 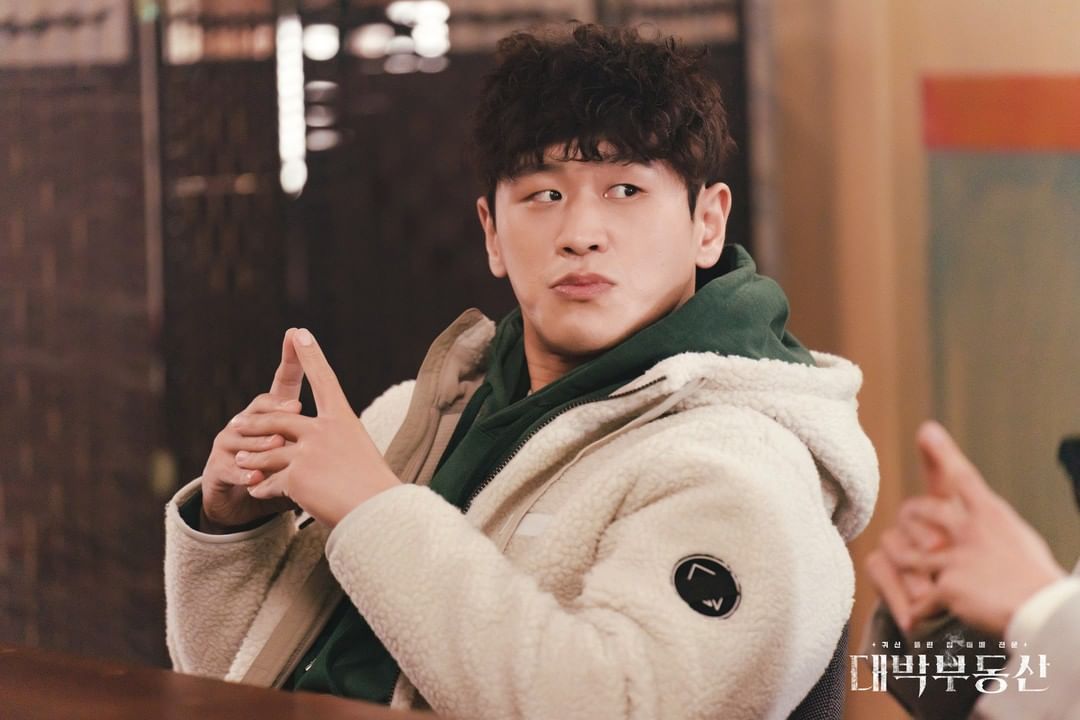 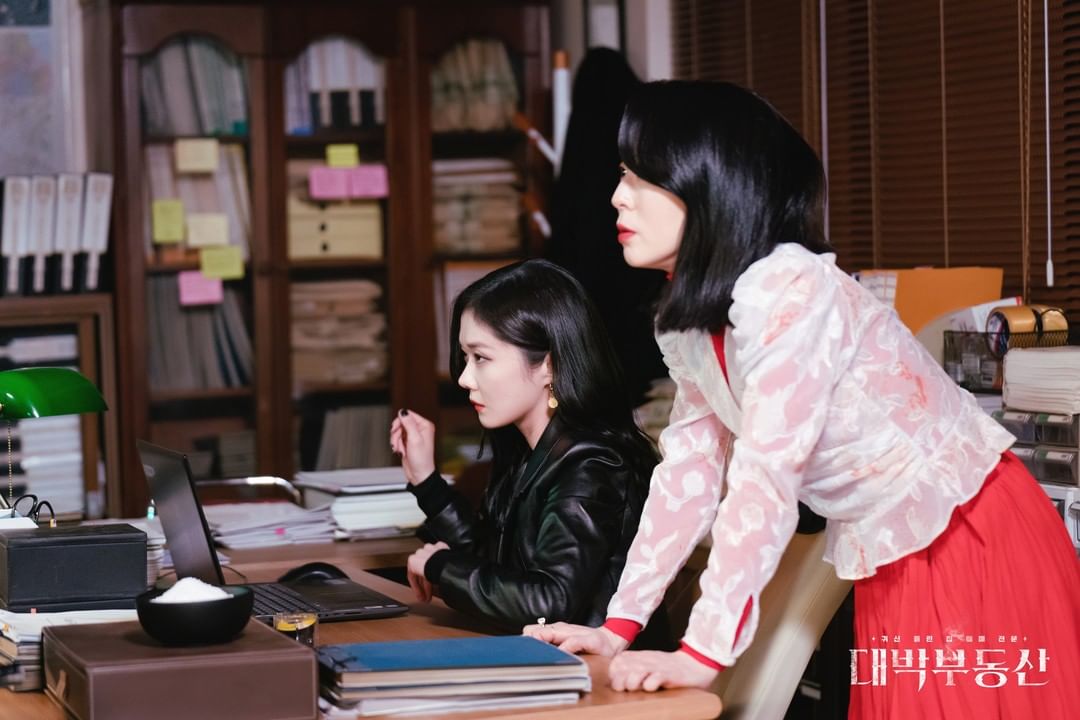 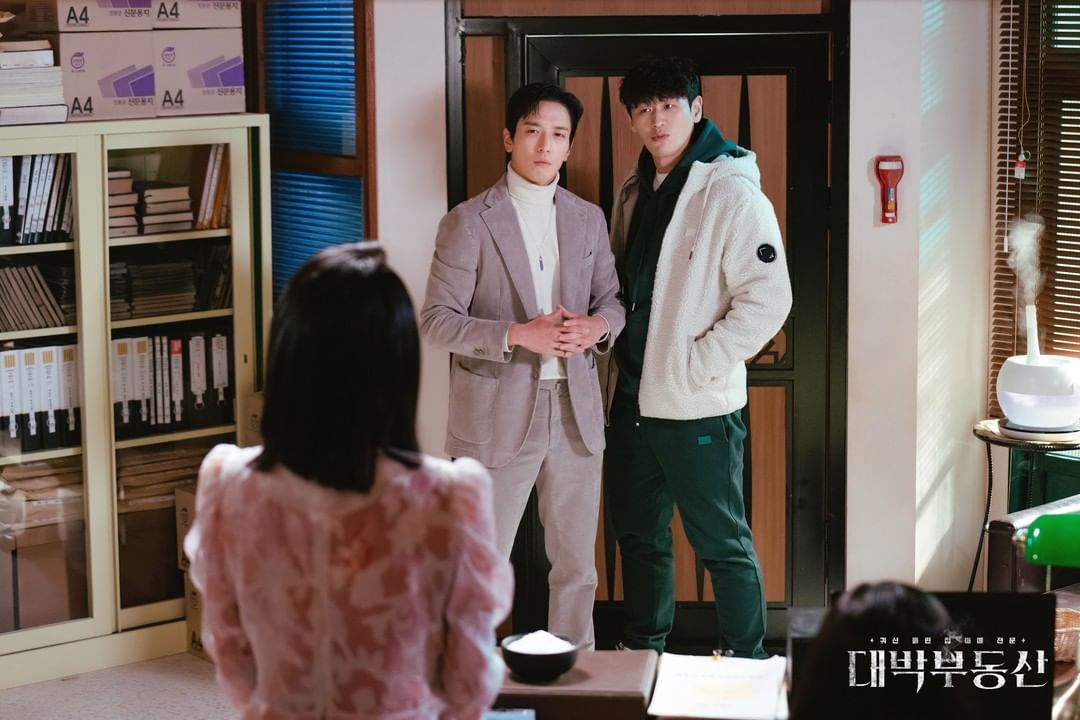 This scene was filmed in mid-February amidst a friendly atmosphere between the four actors who have all gotten close to each other. Thanks to the comfortable atmosphere, the actors could come up with fun ideas and gestures to add more comedy to the scene. Jung Yong Hwa and Kang Hong Seok especially made grand movements that made the staff burst into laughter.

The drama’s production team shared, “Jang Nara, Jung Yong Hwa, Kang Mal Geum, and Kang Hong Seok are surprising us with such great team work that it’s hard to believe they met for the first time through this drama.”

More stills were released for another scene that was filmed in February.

Hong Ji Ah and Oh In Bum are surveying a house ahead of an exorcism. Looking serious, Hong Ji Ah looks around the place skillfully and burns incense to summon the spirit. Meanwhile, the amateur Oh In Bum is pouring endless questions at her. Hong Ji Ah suddenly cuts Oh In Bum off mid-question and looks somewhere sharply, prompting Oh In Bum to do the same. Their reaction leads to questions about what exactly could have happened and the consequences it will bring. 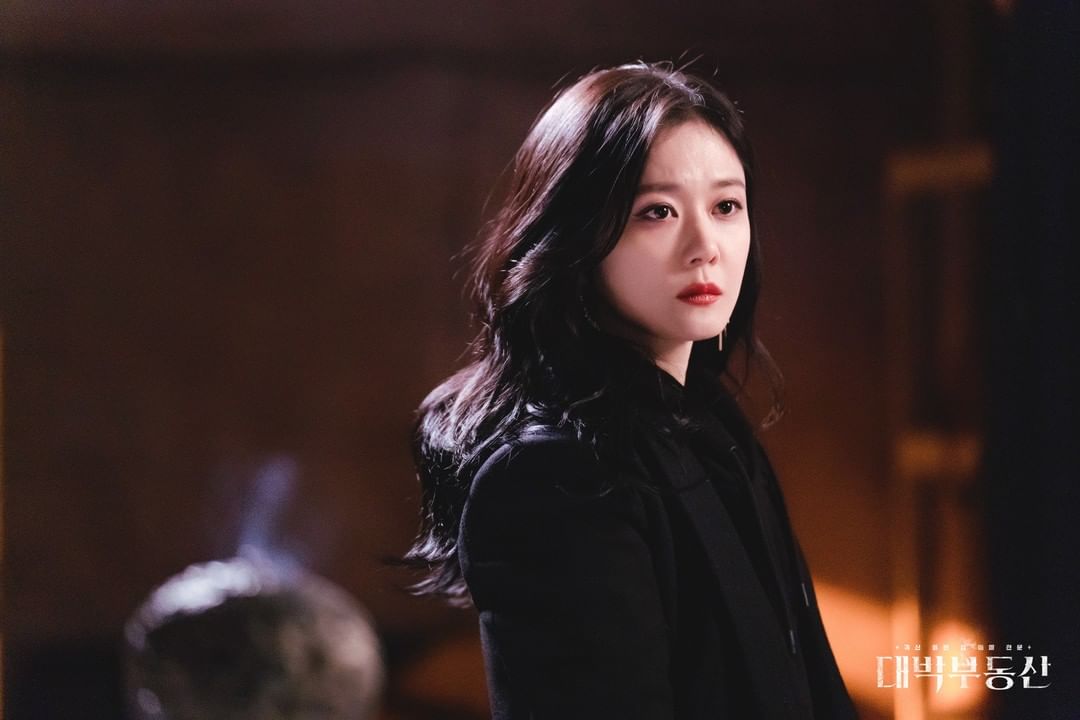 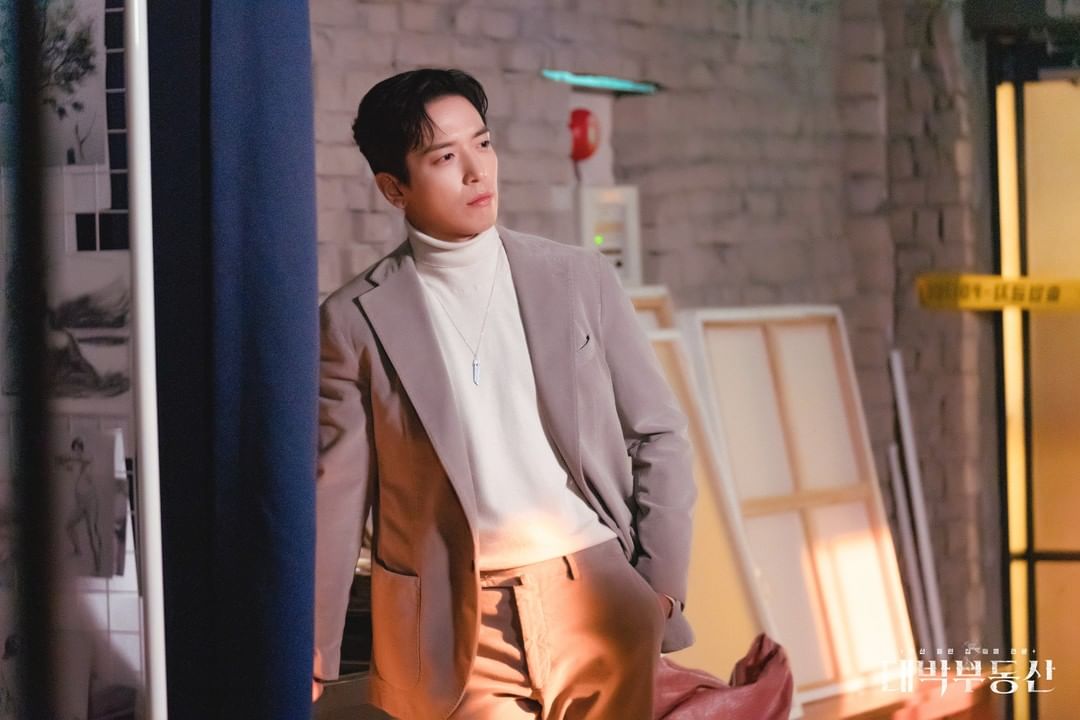 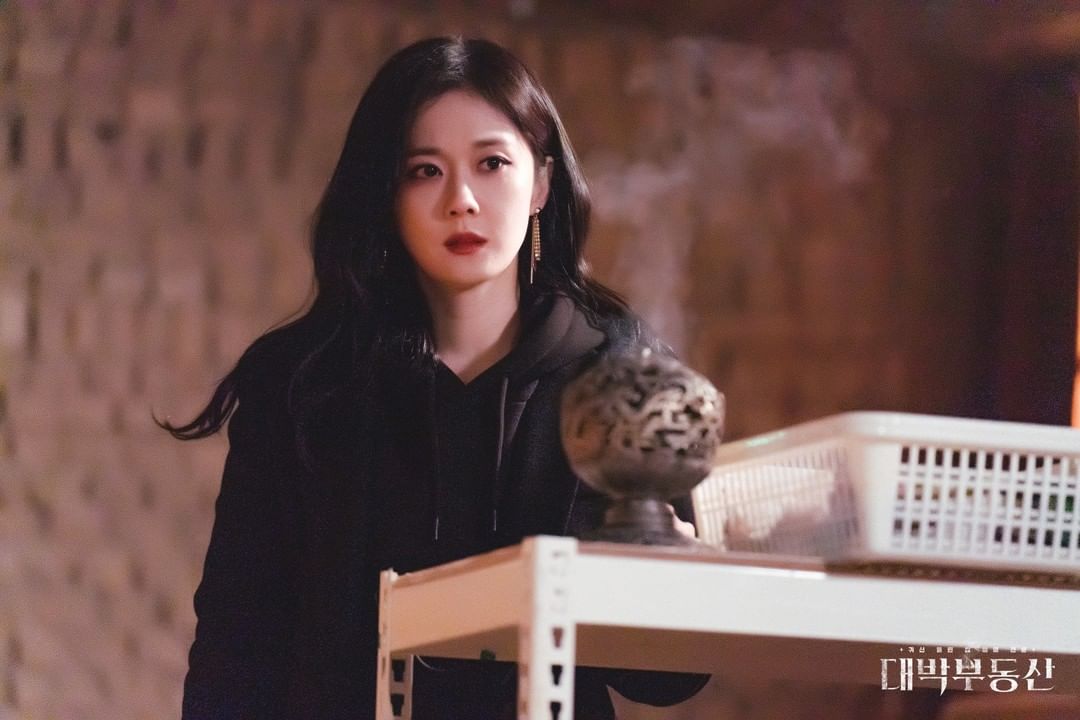 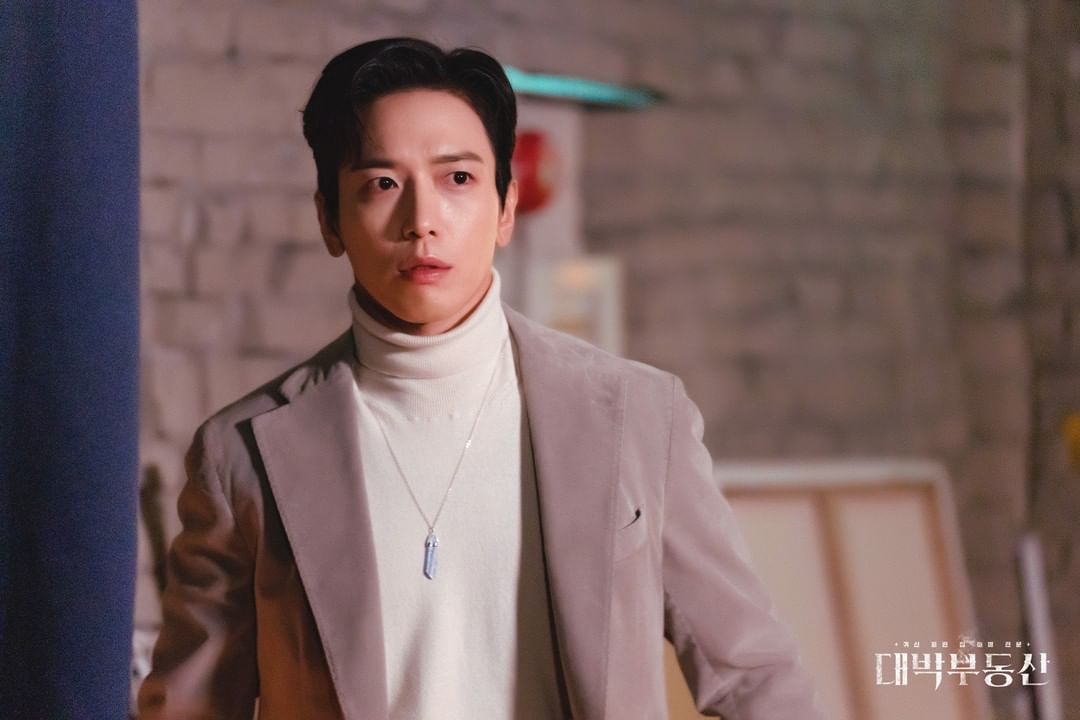 The producers commented, “We are thankful to actors Jang Nara and Jung Yong Hwa who are bringing the drama to life with their acting abilities that blur the distinction between a spine-chilling thriller and comedy. This scene will depict thrilling tension and a change in the two characters’ emotions. Please tune in to see.”