Block B’s P.O’s Wedding Is Tainted By Fear In “Mouse”

tvN’s “Mouse” has shared an intriguing sneak peek of its upcoming wedding!

The previous episode of “Mouse” ended on a suspenseful cliffhanger, with Go Moo Chi (played by Lee Hee Joon) seemingly about to discover Jung Ba Reum (Lee Seung Gi) in the act of binding up Lee Jae Shik, who turned out to be the true killer behind the Suseong serial murders. It remains to be seen whether Jung Ba Reum will succeed in disposing of Lee Jae Shik the way he got rid of sexual predator Kang Duk Soo—and whether Go Moo Chi will catch on to his murderous plans.

In newly released stills from the drama’s next episode, Detective Shin Sang (played by Block B’s P.O) finally ties the knot with his beloved girlfriend after a roller coaster ride of ups and downs. Not only Shin Sang’s fellow police officers, but even Oh Bong Yi (Park Ju Hyun) and Choi Hong Joo (played by Kyung Soo Jin) attend the wedding to congratulate the happy couple.

However, in contrast to the visible joy and excitement of the beaming Shin Sang, there is an ominous shadow looming over what should be a happy occasion. At times during the wedding, Jung Ba Reum’s contented smile gives way to a tense, darker expression, revealing the concern hidden behind his cheerful, celebratory demeanor. Oh Bong Yi and Choi Hong Joo also exchange worried glances, suggesting that there is reason to be nervous about the seemingly joyful event. 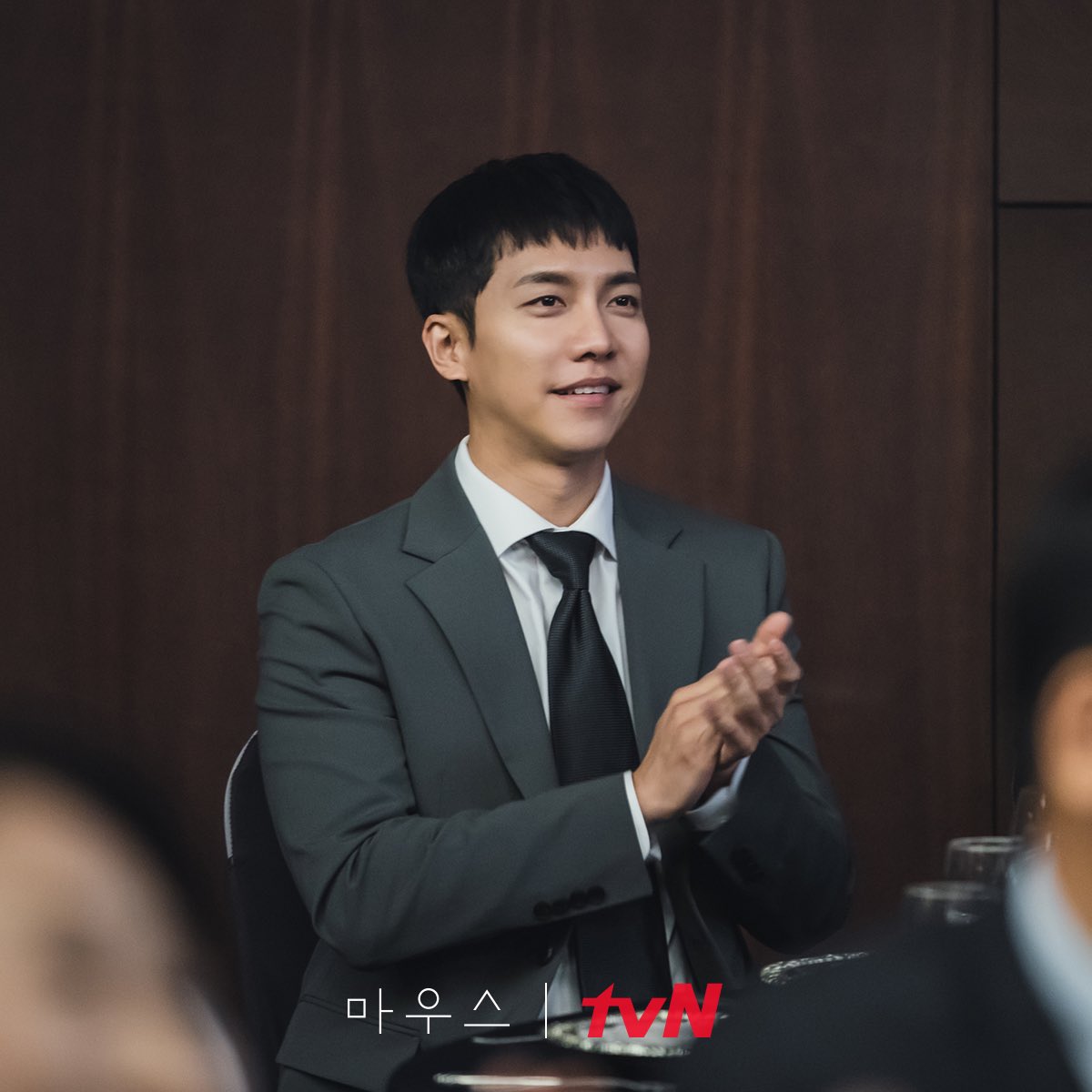 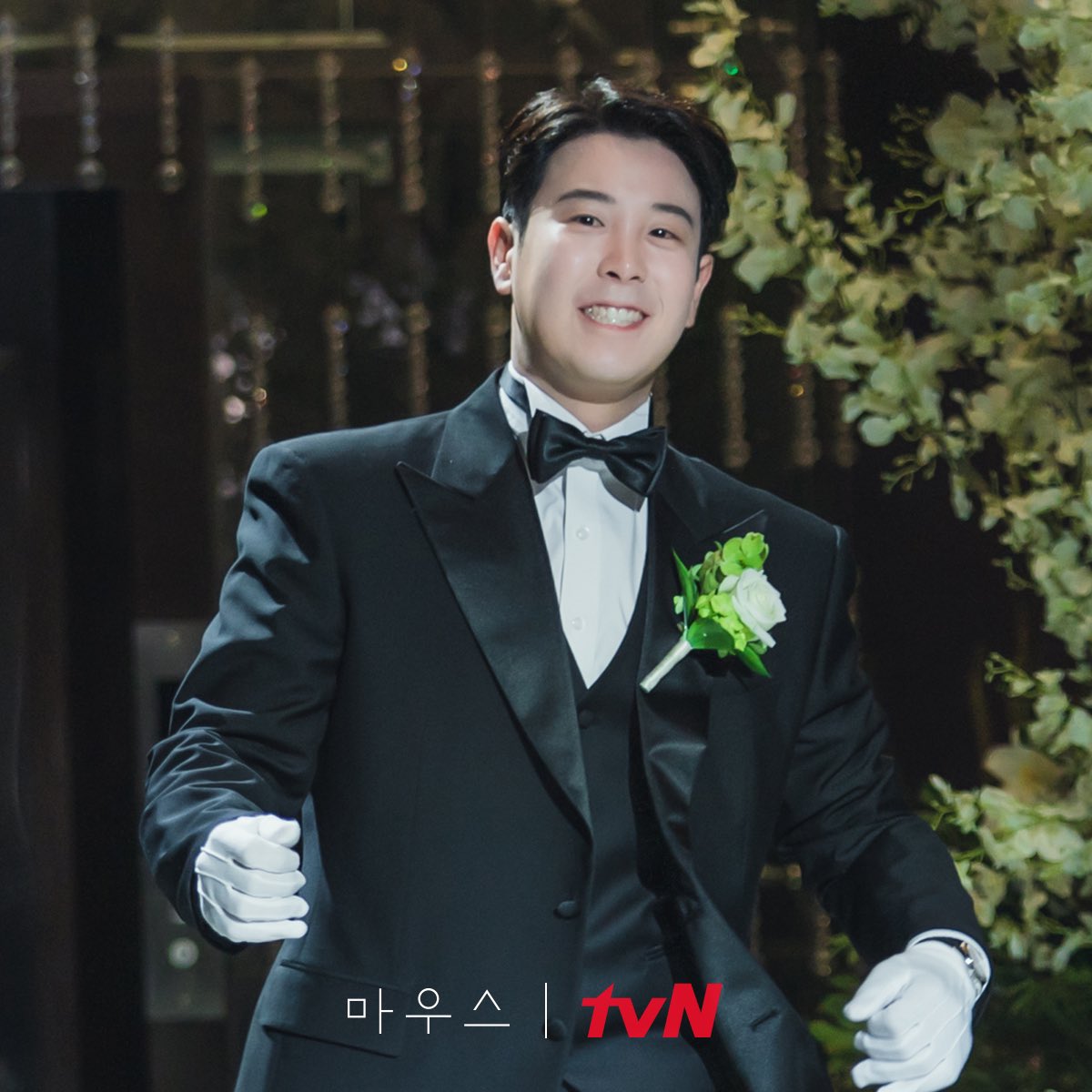 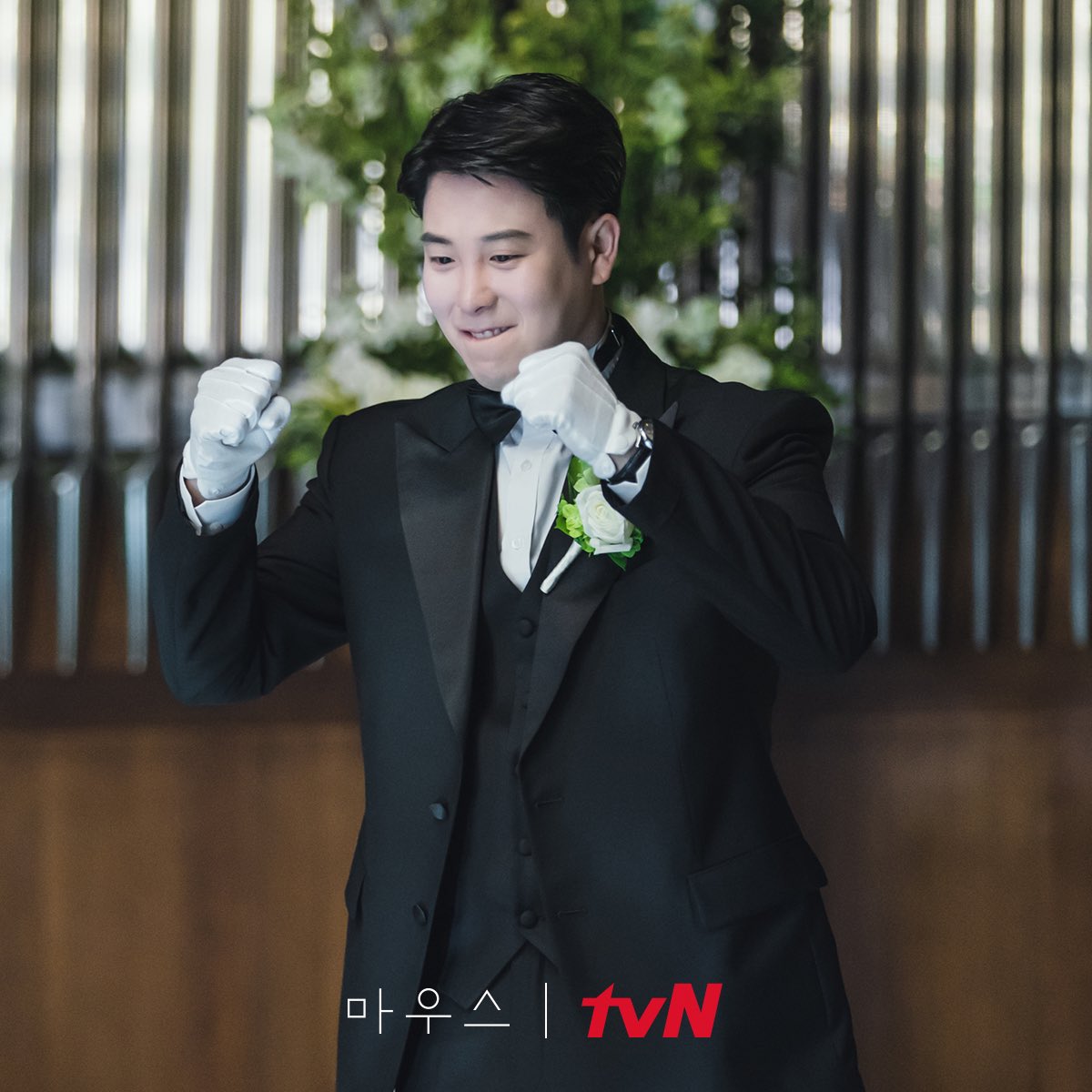 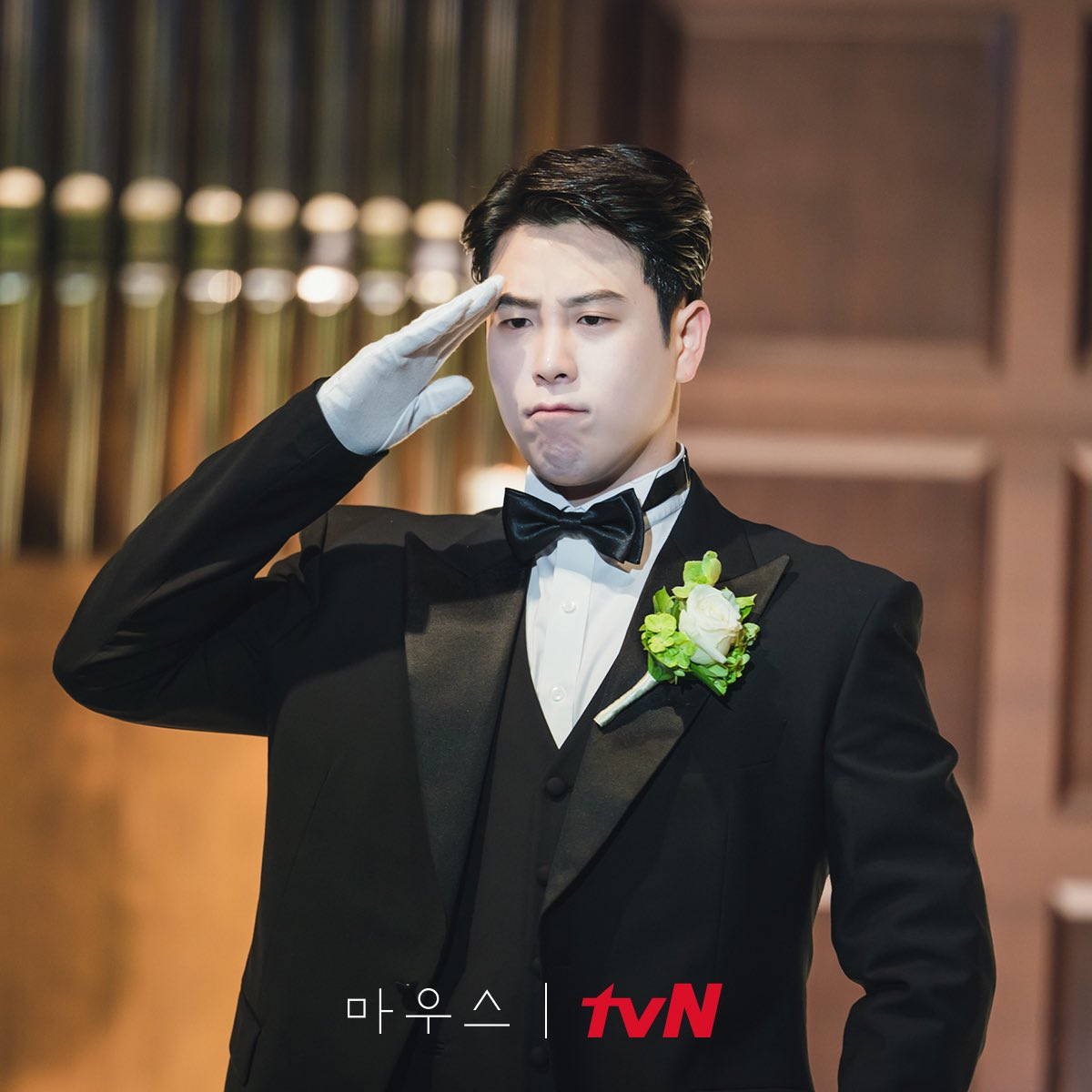 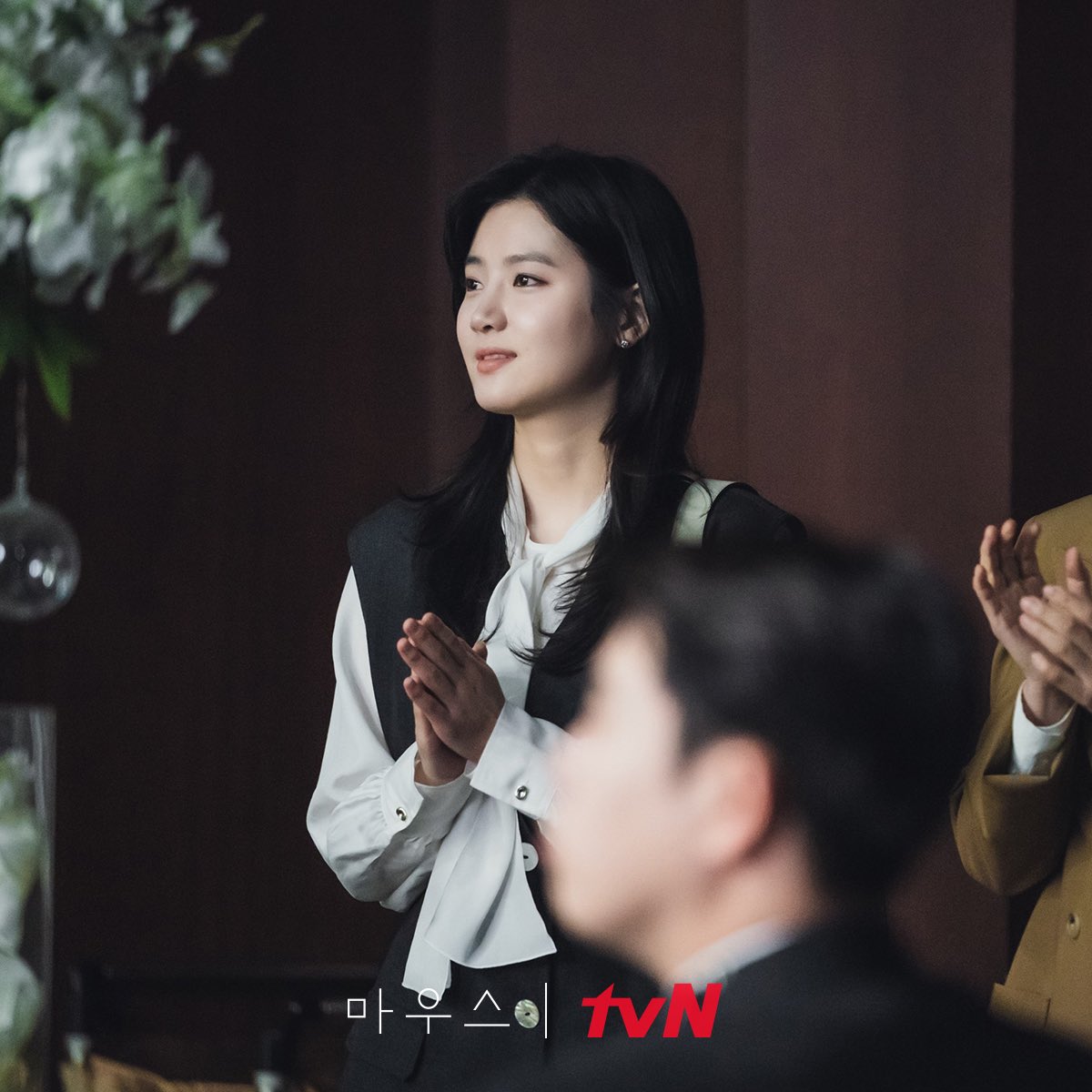 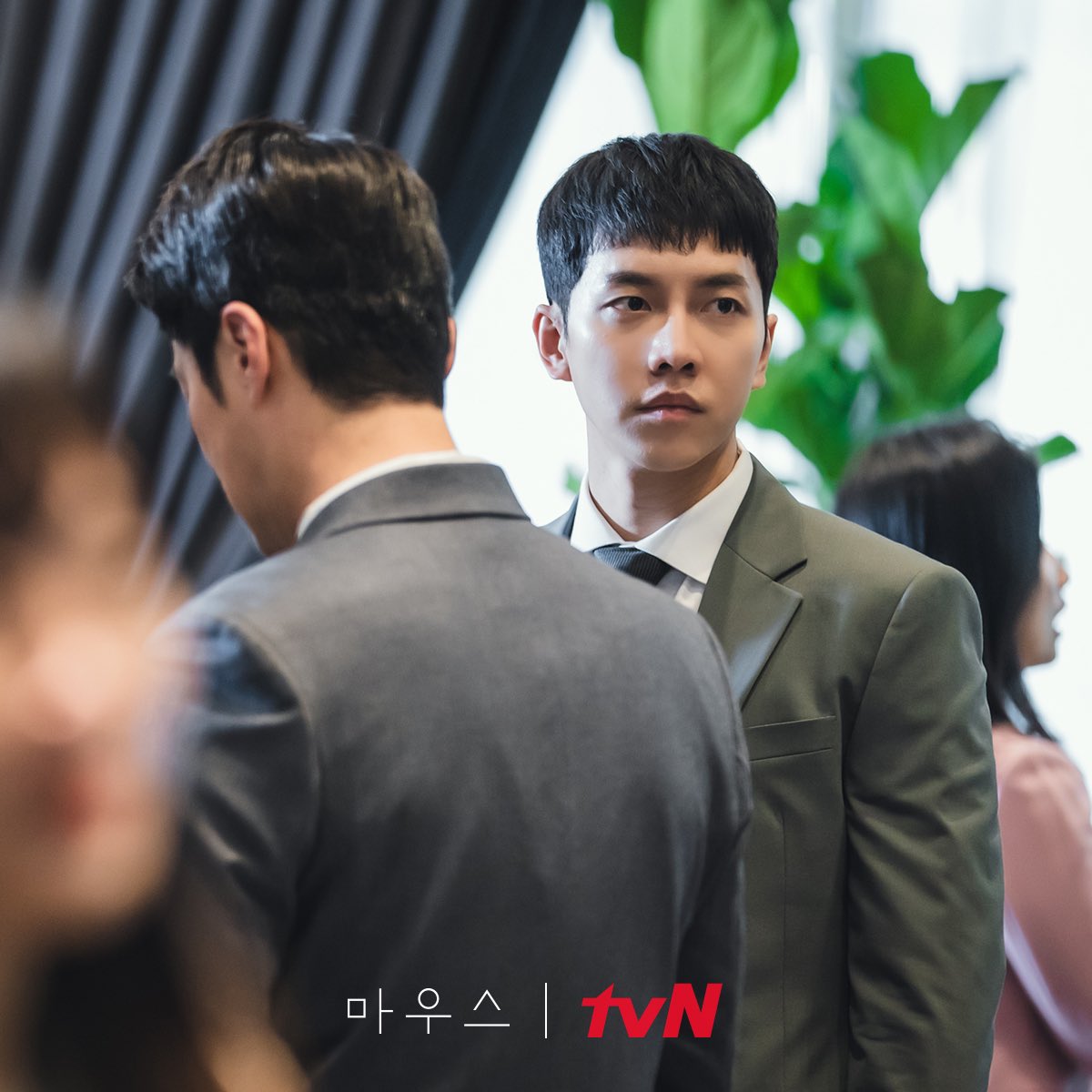 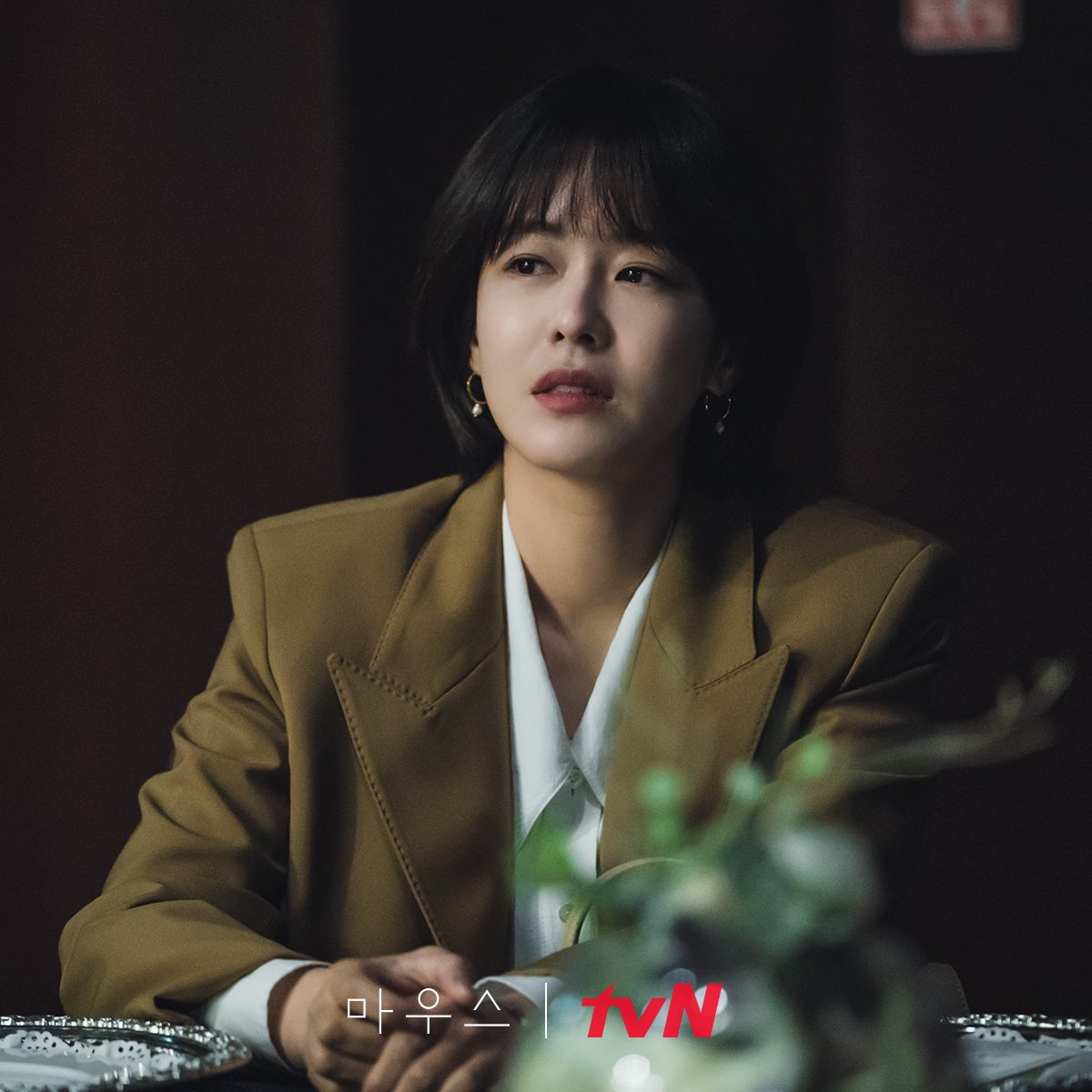 The producers of “Mouse” praised the cast’s chemistry, remarking, “Unlike the taut tension that fills each and every episode, it was a shoot that was overflowing with laughter and applause.”

They went on to tease, “The drama’s plot will move very quickly in this week’s episodes [of ‘Mouse’]. Please be sure not to miss it.”

To find out what has the characters so tense at Shin Sang’s wedding, tune in to the next episode of “Mouse” on April 21 at 10:30 p.m. KST!