Watch: Seo In Guk And Lee Soo Hyuk Play A Dangerous Game To Get Rich In Poster And Teaser For Upcoming Film

Seo In Guk and Lee Soo Hyuk’s upcoming film “Pipeline” has released a poster and trailer!

“Pipeline” is a crime film about a group of thieves and bandits who risk life and limb hoping to turn their lives around by planning an oil heist. Seo In Guk plays Pindol, the best drilling technician in Korea, and Lee Soo Hyuk plays the wealthy mastermind Gun Woo.

The poster shares a glimpse of the team of criminals, which includes Gun Woo, Pindol, Jeobsae (Eum Moon Suk), Keunsab (Tae Hang Ho), Section Chief Na (Yoo Seung Mok), and Counter (Bae Da Bin). Jeobsae is a chatty wielding technician, Keunsab is a strong human excavator, Section Chief Na is an expert on underground geography, and Counter is a quick-thinking watcher. The poster hints this adventure will be, “A thrilling oil heist to escape a dead-end life.” 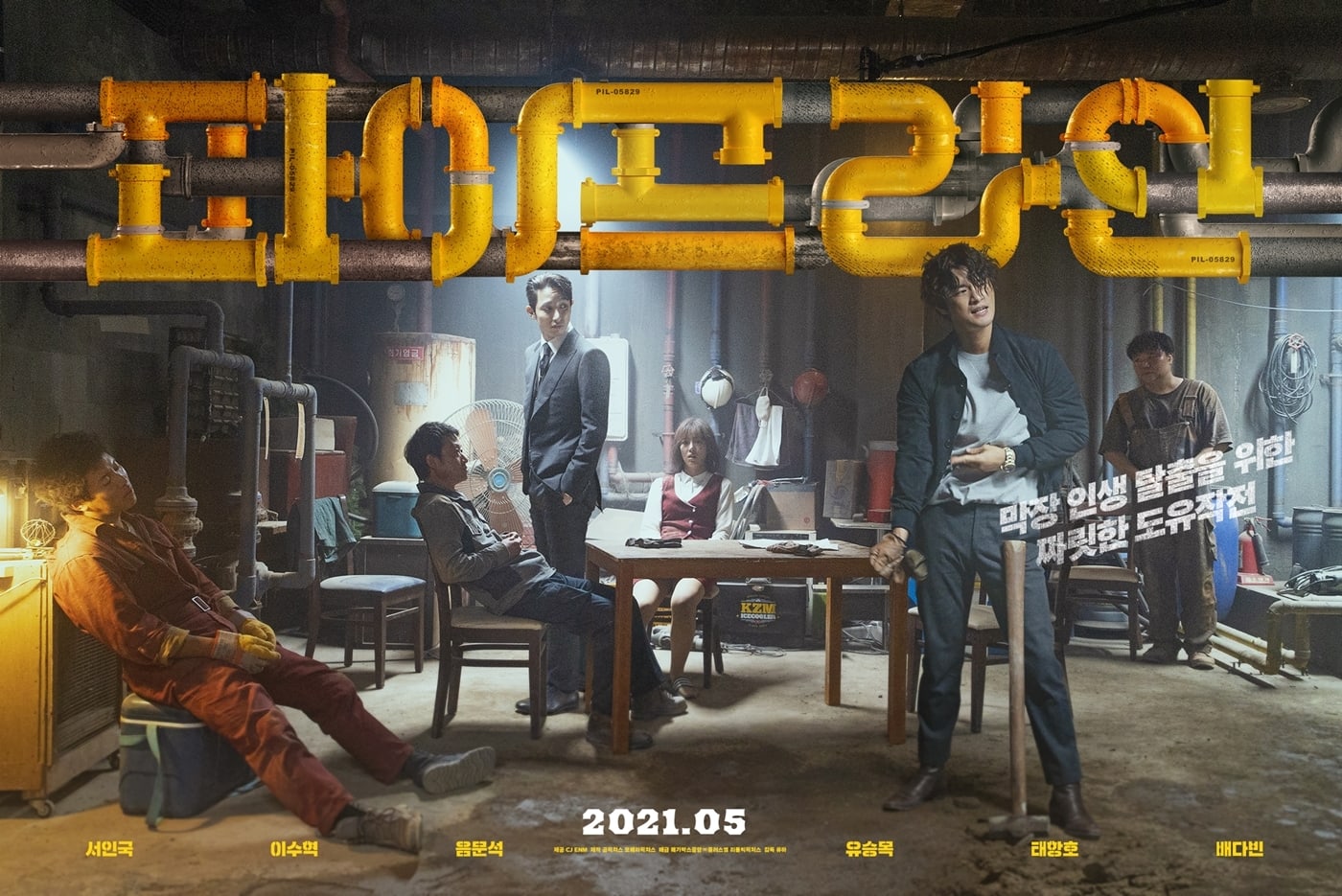 The teaser starts off with Pindol and Gun Woo making a deal. Gun Woo wants to steal oil that is hidden in an underground tunnel. Pindol asks for quite a sum of money, and Gun Woo agrees but states that the conditions will be very strict.

Pindol teams up with Jeobsae, Keunsab, Section Chief Na, and Counter to fulfill the deal. They don’t know what they’ve signed up for though, and they experience a chaotic plan that involves fighting, running, and drilling.

At the end of the clip, something explodes and Gun Woo gets extremely frustrated. Pindol’s eyes flash with resolution as he says, “Let’s go.” Will Pindol be able to pull off this unfeasible heist?

“Pipeline” will premiere in May.

Seo In Guk and Lee Soo Hyuk are also co-starring in the upcoming tvN drama “Doom at Your Service.” The drama premieres on May 10 at 9 p.m. KST and will be available with English subtitles on Viki.

Watch a teaser for “Doom at Your Service” with English subtitles here: