6 Korean BL Dramas To Get Your Heart Racing

It’s not your typical K-drama, but it’s certain to get you hooked! Why don’t you indulge yourself in some passionate boys’ romance? We’ve rounded up some quality Korean BL dramas that you can binge-watch immediately. Read on to find the perfect BL drama for you! 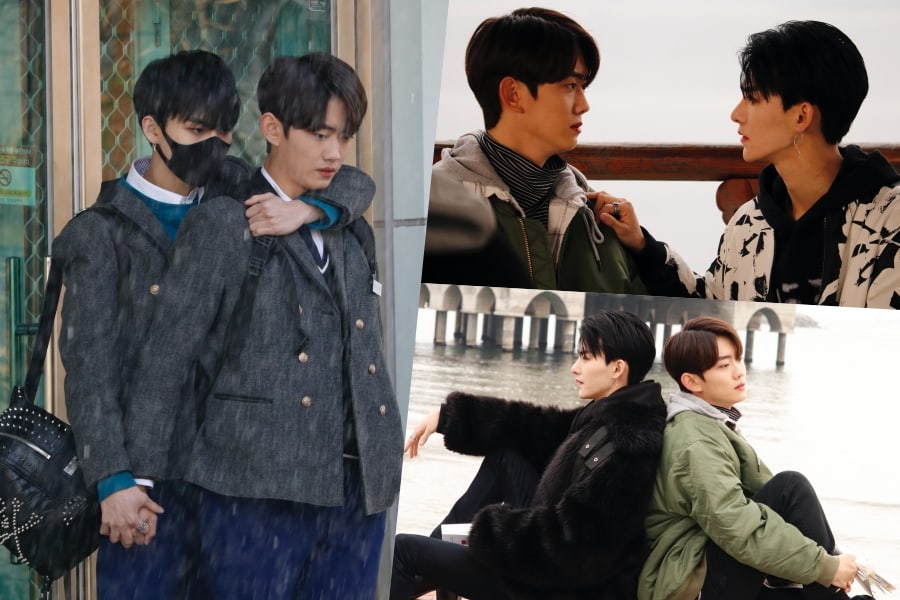 Yeon Woo (Yoo Jun), a boy with neurological blindness, sees the world in tones of gray. That is, until the day he meets Yoo Han (Hur Hyun Jun). Whenever Yoo Han walks into the room, Yeon Woo finds himself seeing explosions of colors that he has never experienced before. But before Yeon Woo and Yoo Han can figure out what this means, they are faced with yet another problem: the search for Yeon Woo’s mother. As they dig deeper into the untold stories surrounding her disappearance, the pair begins to unravel the irresistible pull they have for each other. Will they find Yeon Woo’s mother and perhaps even love at the end of this tunnel?

“Color Rush” is not your typical find-your-soulmate-on-a-spring-day romance, so buckle your seatbelts! You will discover the perfect combination of romance and thrill as the plot unfolds and find yourself eager for more. Fans of this drama have commented that “Color Rush” is one of the most special K-dramas they have ever watched, especially because it deals with a very interesting topic: monos and probes. Each episode is approximately 15 minutes long—perfect for snacking on while you go on about your day or to devour all at once in a single binge session! 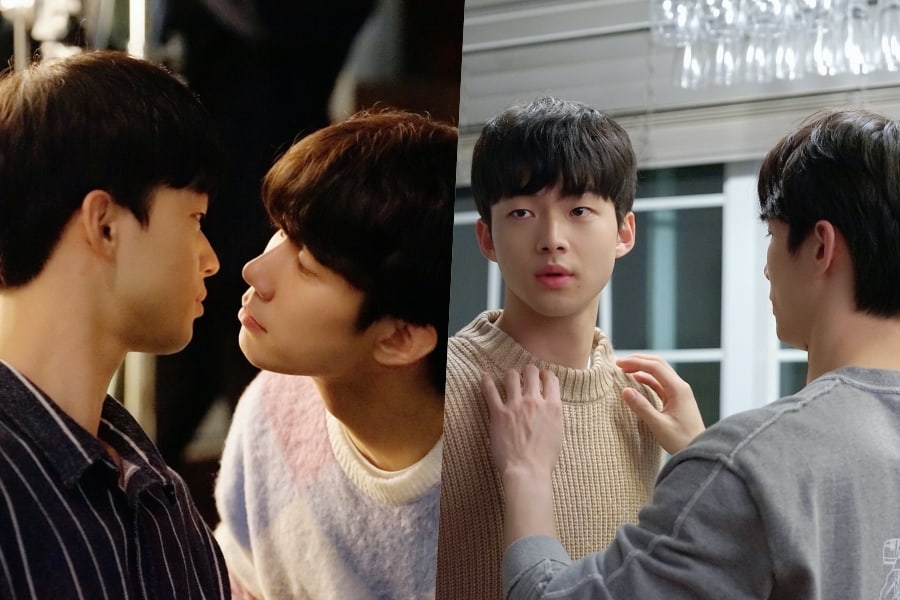 A-list celebrity Kang Seo Joon (Son Woo Hyun) gets himself into yet another scandal—but this time, he can’t just get away with it. Frustrated with the huge onslaught of media attention, his manager suggests that he stay at the apartment he owns until the frenzy dies down. But little did he know, the apartment had already been rented out to the breathtakingly handsome chef Han Ji Woo (Kim Kang Min). Seo Joon and Ji Woo begin an unexpected co-living situation, and before long, feel the undeniable attraction they have for each other. Together, the free-spirited celebrity and conservative chef must decide between working out their differences or just leaving things as they are and going their separate ways.

A puppy-eyed celebrity and a cranky chef, what more could you ask for? If you’re a true K-drama fan, you know that’s a combination worth shipping! Not only do the actors have insane visual chemistry, but the acting has also been judged to be one of the best in the BL world, bringing a realistic flair to the drama. Another highlight is the tug-and-pull romance. The constant bickering between the two is sure to keep you on the edge of your seat. Thanks to the undying love from its fans, the drama has also been made into a movie! If you loved the drama series, why don’t you give yourself a recap with the movie as well?

And watch the movie version below!

“Wish You : Your Melody From My Heart” 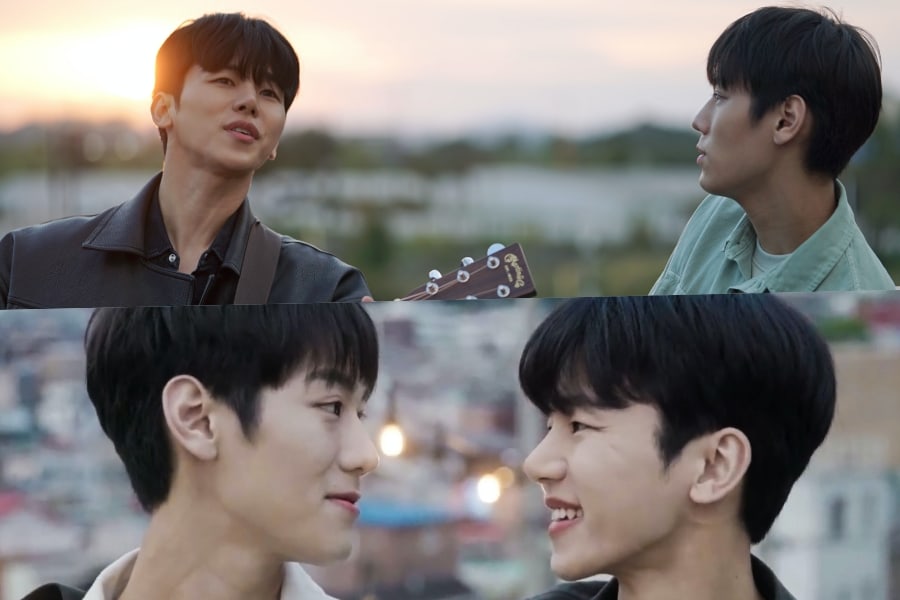 Kang In Soo (Kang In Soo) is a free-spirited soul who breathes, eats, and lives music. Although reality has compromised performing to a mere hobby, In Soo does not stop busking on the streets to spread his love. One day, a fateful encounter on YouTube leads Yoon Sang Yi (Lee Sang) to fall completely head over heels for In Soo’s music and get the brilliant idea to recommend the young artist to join his record company’s rookie discovery project. The two are soon paired up to live and work together, and a tingly feeling begins to blossom between them. But before long, reality hits, and the couple faces uncountable differences and conflicts, both personal and professional. With so many ups and downs to deal with, will this relationship be given a real chance to fully bloom?

“Wish You” is a perfect mash-up of handsome boys and K-pop. In other words, it is simply irresistible. Members of boy groups MYNAME and IMFACT, respectively, Kang In Soo and Lee Sang lent their beautiful voices to the drama’s soundtrack. And did you know the song charted high on music charts because it’s just that good? Another great thing about this drama is that it’s not just a fairy tale. Each character has their own baggage to deal with, and it makes it all the more interesting to watch the plot unfold as each internal conflict plays a part in their relationships. This realistic romance story is not afraid to show everyone’s flaws and beautifully portrays how true love embraces those flaws.

“Where Your Eyes Linger” 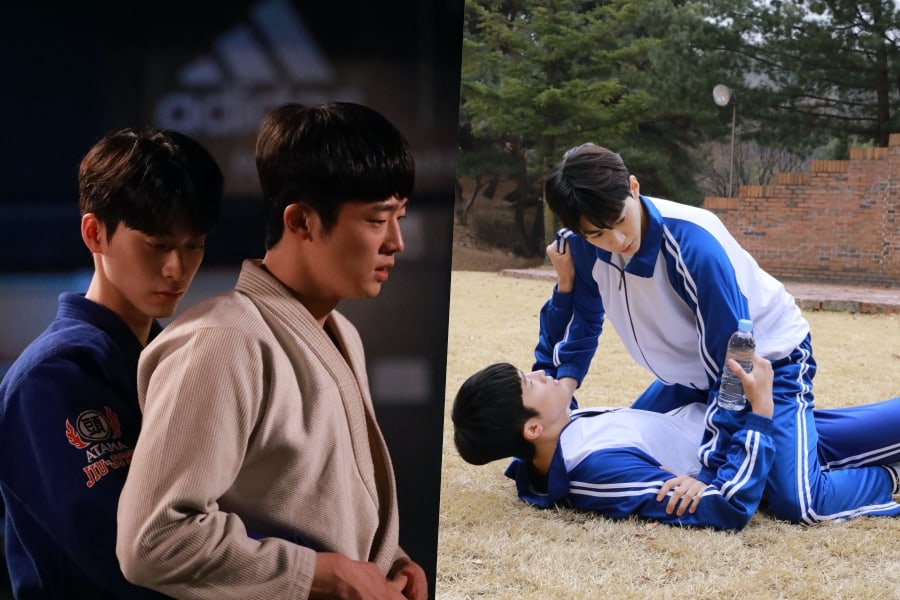 Han Tae Joo (Han Gi Chan) and Gang Gook (Jang Eui Soo) have a somewhat unusual relationship: the former is a super rich, powerful heir to a conglomerate fortune, and the latter is his unofficial bodyguard. The two grow up together, sharing childhood memories, and there has been nothing but friendship between them. That is, until Hye Mi (Choi Kyu Ri) unexpectedly enters their lives by transferring to their school. When she asks out Gook on a date, Tae Joo feels a strange emotion building up inside him, something like…jealousy? But the real question is, will he have the courage to act on this unfamiliar feeling and declare his love for Tae Joo? Or will he hide behind the veil of childhood friendship?

We all have a childhood friend we’ve had a crush on, maybe even confessed our love to. The best thing about this sort of love-friendship is that they are people we know best, the people we shared the majority of our lives with. If you can relate, you’re going to love “Where Your Eyes Linger.” Not only does it depict a heart-racing kind of love you would have never thought of having for your friend, but it also portrays the realistic side of it—the fear of losing an old friend to a hasty confession. And come on, who hasn’t dreamed of having a hot bodyguard or dating a handsome Prince Charming who also happens to be the sole heir to a fortune?

Start watching “Where Your Eyes Linger”: 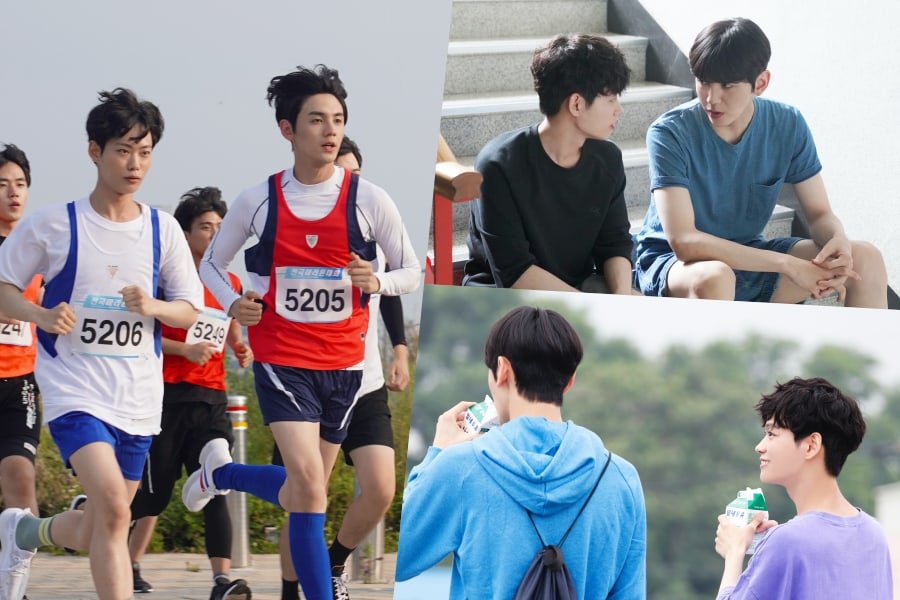 Sang Ha (Lee Se Jin) is your sunshine boy and a sprinter who never loses his smile even when things are at their lowest. Jin Won (Cheon Seung Ho), on the other hand, is a stone cold marathoner who doesn’t care about anyone or anything but running his next race. So it is no surprise that when Jin Won’s coach introduces Sang Ha to become his new pacemaker, Jin Won doesn’t take it easily. The two don’t get along at first, mostly due to Jin Won’s salty attitude, but as they start to share a deeper, more genuine connection on the tracks, their relationship begins to mature. Their common passion, running, brings them closer together. But at the same time, in creeps the fear that if they develop this romance further, they may both lose what they have worked so hard to achieve.

I’m not one to jump to conclusions, but when I saw the height difference between these boys, I just knew that this was the perfect BL drama to binge watch. And just like their heights, the two characters are polar opposites. One is a sunshine Mr. Happy, and the other is a don’t-touch-me Mr. Grumpy. These differences make it all the more worthwhile to follow their romantic journey and give the viewer extra satisfaction when they finally end up together. “Mr. Heart” is a follow-up project to “Where Your Eyes Linger,” so if you’re a fan of either one, you know you’re going to love the other as well!

“You Make Me Dance” 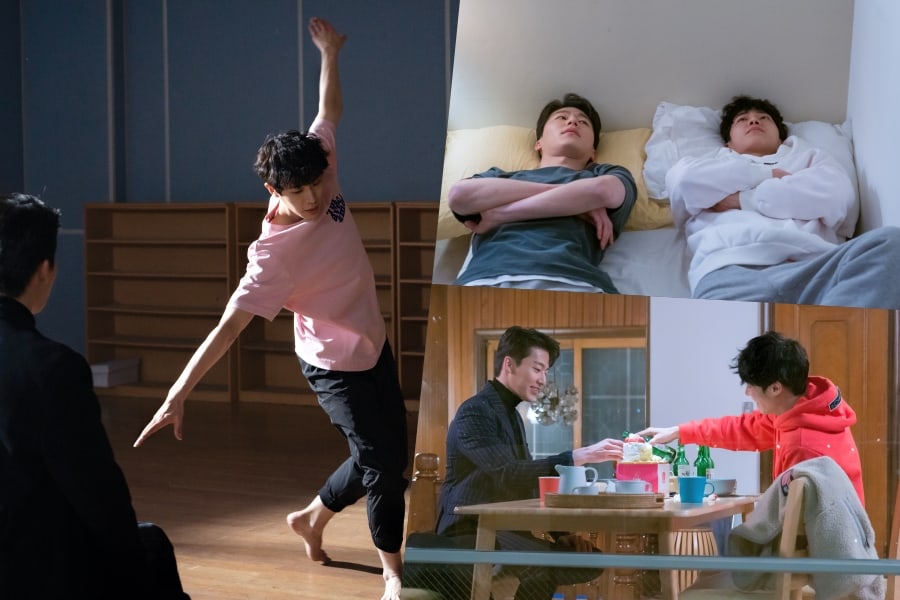 Song Shi On (Chu Young Woo) is a 22-year-old university student majoring in contemporary dance, and Jin Hong Seok (Won Hyung Hoon) is a 28-year-old debt collector from a lending firm. Their worlds collide when Shi On takes up an offer to share an apartment with Hong Seok to save up rent money. From two completely different stars, the duo unexpectedly comes across something they have in common—their love for dance, or to be more exact, how reality is getting in the way of their dreams to dance. Shi On has been thrown out of home because of his career ambitions, and Hong Seok is only working at the lending firm for the money it brings. As the pair develops a closer relationship, they are also faced with social pressure.

One-two-cha-cha-cha. One-two-cha-cha-cha. If you thought “You Make Me Dance” would be a stereotypical romance between a “soft guy” and a “tough guy,” you’re wrong! You will be surprised by how well-rounded each character is and how many dimensions there are to their personalities. In this drama, fate hides behind the mask of unexpected encounters, and destiny behind inevitable conflicts, reminding its viewers that everything happens for a reason. Who knows? Maybe your soulmate is just around the corner, waiting for you to spill coffee on them by accident.

Check out “You Make Me Dance” here:

Soompi Spotlight
Where Your Eyes Linger
Mr. Heart
Wish You : Your Melody From My Heart
To My Star
You Make Me Dance
Color Rush
How does this article make you feel?