ATEEZ’s Yunho plays Lee Yoo Jin, the center of the up-and-coming boy group Sparkling. This is Yunho’s first acting project and he said, “It feels very new to be greeting people as an actor like this. It’s an honor that such a great drama like ‘Imitation’ is my first acting role. I want to share my thanks to all the production staff, including the director and writers, who gave me this chance. Over the past half-year, I learned a lot and made a lot of fun memories, so I think this will be an unforgettable experience for me.”

He went on, “Since it was my first acting role, I practiced each pronunciation and facial expression, and made sure to monitor each scene in order to not drag down the production. Lee Yoo Jin looks warm and gentle on the outside, but he has a lot of persistence toward his dreams and toward his team members. I think that his constant desire to challenge himself is similar to me. I think we’re about 80 percent similar. My family and the ATEEZ members tell me that we’re alike. I’m curious as to what the viewers will think.”

Yunho also talked about his fictional idol group in the drama, Sparkling, explaining, “It’s a group that, like its name, embodies the ‘refreshing’ concept. In ATEEZ, we showed a lot of strong and powerful concepts, so I tried to show a more refreshing side of me in ‘Imitation.'” About his co-stars, he shared, “Jung Ji So and I are actually the same age. That’s why we were able to get over any awkwardness quickly as we filmed together and create the chemistry between our characters. Somehow, we naturally became the moodmakers on set. Lee Jun Young is my rival in the drama, but I’m really grateful to him for giving me a lot of advice on acting and other things on set.”

He added, “All the other seniors have a lot of experience, so they helped monitor my performance on set and gave me a lot of advice about camera locations and where to put my gaze. Thanks to them, I was able to gain a lot of strength. They took such good care of me to the point where I resolved, ‘This is how I should treat my juniors some day.'”

Yunho picked a scene where he drove a car as his most memorable scene and said, “I thought it would be hard to drive a car and act at the same time, but once we started filming, it came out well, so I was quite proud.” On the other hand, he shared that he found action scenes difficult. “Safety is the most important, so it was hard to perfectly match the other person as well as memorize all the things I had to do,” he said.

Finally, Yunho shared, “I hope that our fans will be able to say, ‘Oh, Yunho had this side to him,’ and for those who are seeing me for the first time, I’d be happy and proud if they remembered my name and the name of ATEEZ.” 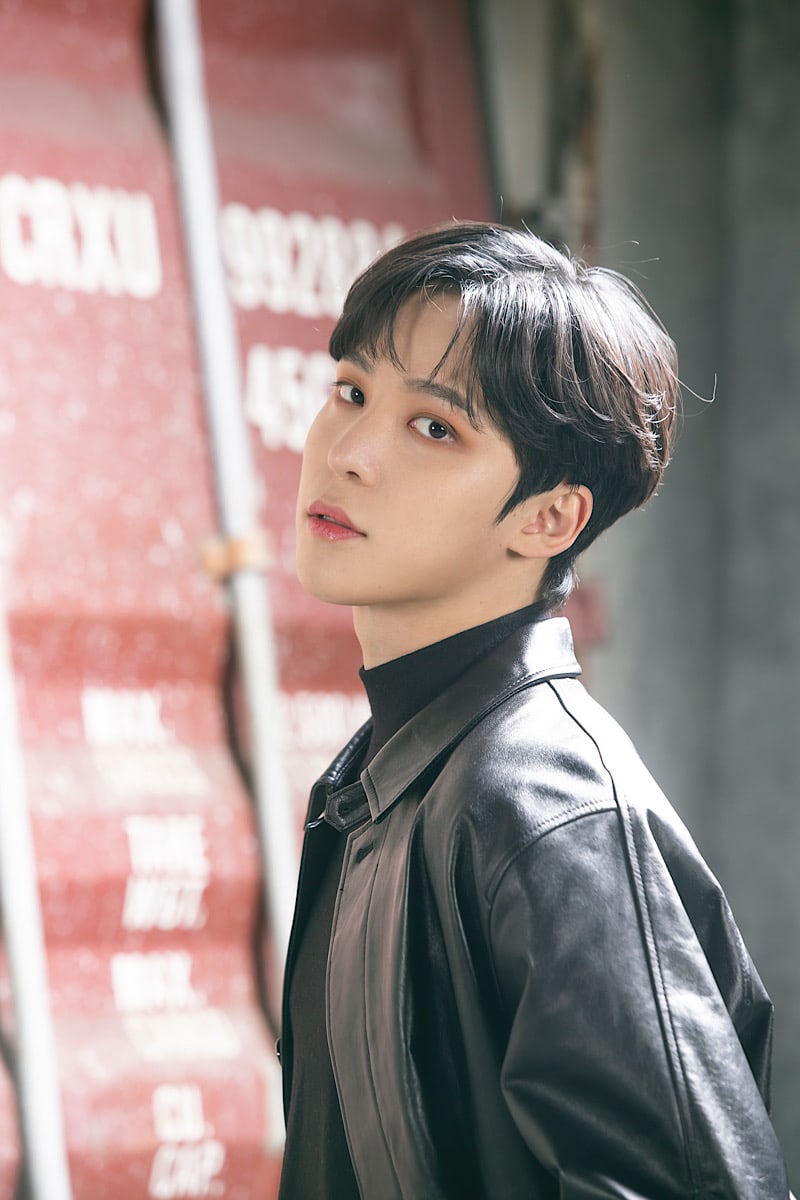 T-ara’s Jiyeon plays La Ri Ma, a successful solo artist who captivates the public with her sexy charisma. Jiyeon had previously played an idol in the drama “Dream High 2.” She said, “In ‘Dream High 2,’ I played a young character who was fighting fiercely for her dreams within the girl group Hush. This time, I’m not in a group but instead playing a solo artist who has a cool aura and shines on stage.”

She described her character as a “girl crush” type and said, “La Ri Ma has talent and looks that everyone can’t help but acknowledge, but she also has a surprising side to her that gives her a ‘girl crush’ appeal. Even though she looks brilliant on the outside, I tried to show that she has a lot of scars and loneliness on the inside.”

Jiyeon went on, “La Ri Ma likes to be comfortable when she’s not working, to the point that she doesn’t even carry a purse. But when she stands in front of the public, she strives to do her best in all things. While playing her, I realized that those parts of her are similar to my own personality. There are a lot of parts where I’m acting on stage, so I spent a lot of time rehearsing in the practice room. I exchanged ideas with the choreography team and had a lot of fun. There were times when I was really nervous about acting on stage, but I was really happy to be on stage again for the first time in a while.”

About her co-stars, Lee Jun Young and Jung Ji So, she said, “If I had to rate the chemistry between me and Lee Jun Young, I’d give it full points. He was an actor before he was an actor too, so there were a lot of parts through which we could relate to each other. Jung Ji So is an actor who overflows with bright and lovable energy. Our characters are in conflict in the drama, but in reality we had a lot of fun filming together. I remember when I was the youngest person on set, but somehow time has passed and now I have juniors underneath me. I looked up videos of them between filming to get closer to them and I really admired how hard they worked.” 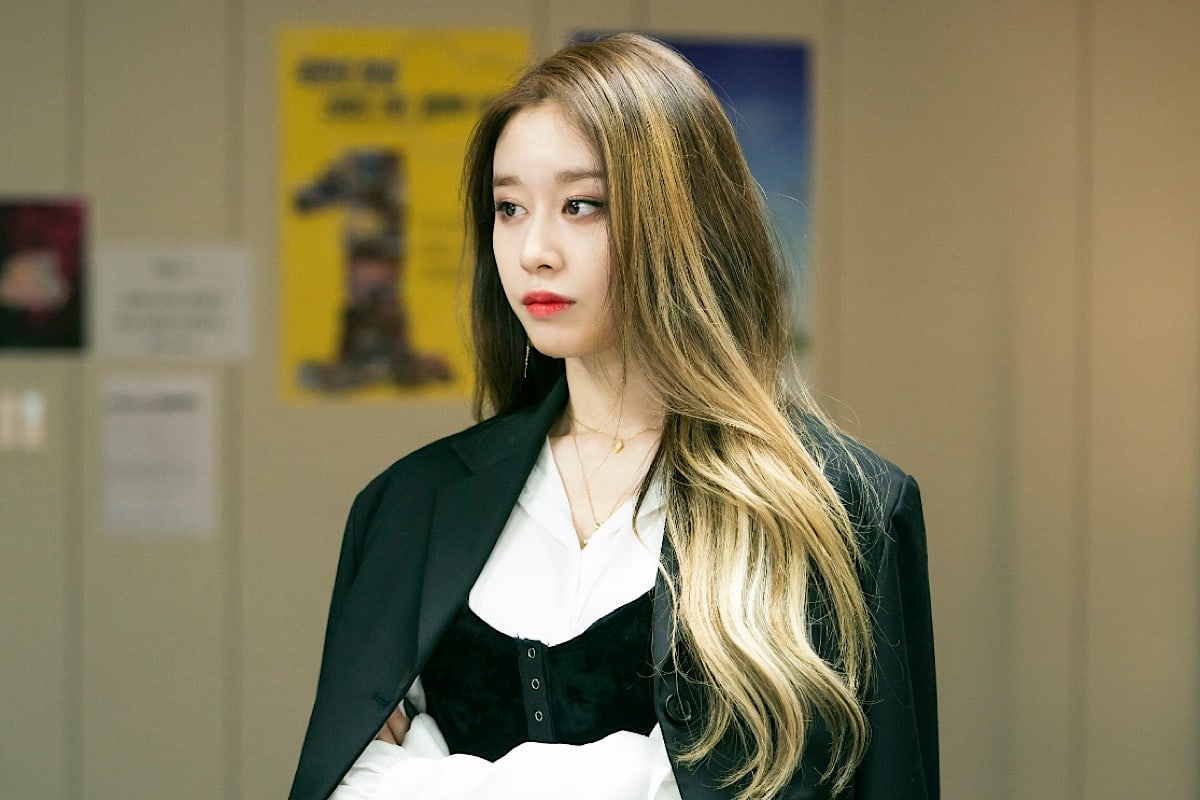 “Imitation” premieres on May 7 and will be available on Viki. Check out teasers here!

Jiyeon
T-ara
ATEEZ
Yunho (ATEEZ)
Imitation
How does this article make you feel?