OCN’s upcoming drama “Dark Hole” has released its main posters as well as character posters of the cast!

“Dark Hole” is a mutant survival drama about a group of survivors fighting for their lives among mutant humans who change after breathing in mysterious dark smoke from a sinkhole. It stars Lee Joon Hyuk as Yoo Tae Han, a tow truck driver and native of the town of Mu Ji, where the sinkhole emerges, and Kim Ok Bin as Lee Hwa Sun, a police detective from Seoul who comes to the town to find her husband’s killer.

Both main posters show the disaster that has befallen the town of Mu Ji as the survivors band together for survival. In one poster, Kim Ok Bin stands with Lee Joon Hyuk on a deserted and bloodstained street while holding the hand of a child, all three of them in gas masks to protect against the mutant-forming smoke. Another poster shows Kim Ok Bin and Lee Joon Hyuk standing at the lead of a crowd of frightened people, also wearing masks against the smoke. The captions read, “We have entered the age of survival.” 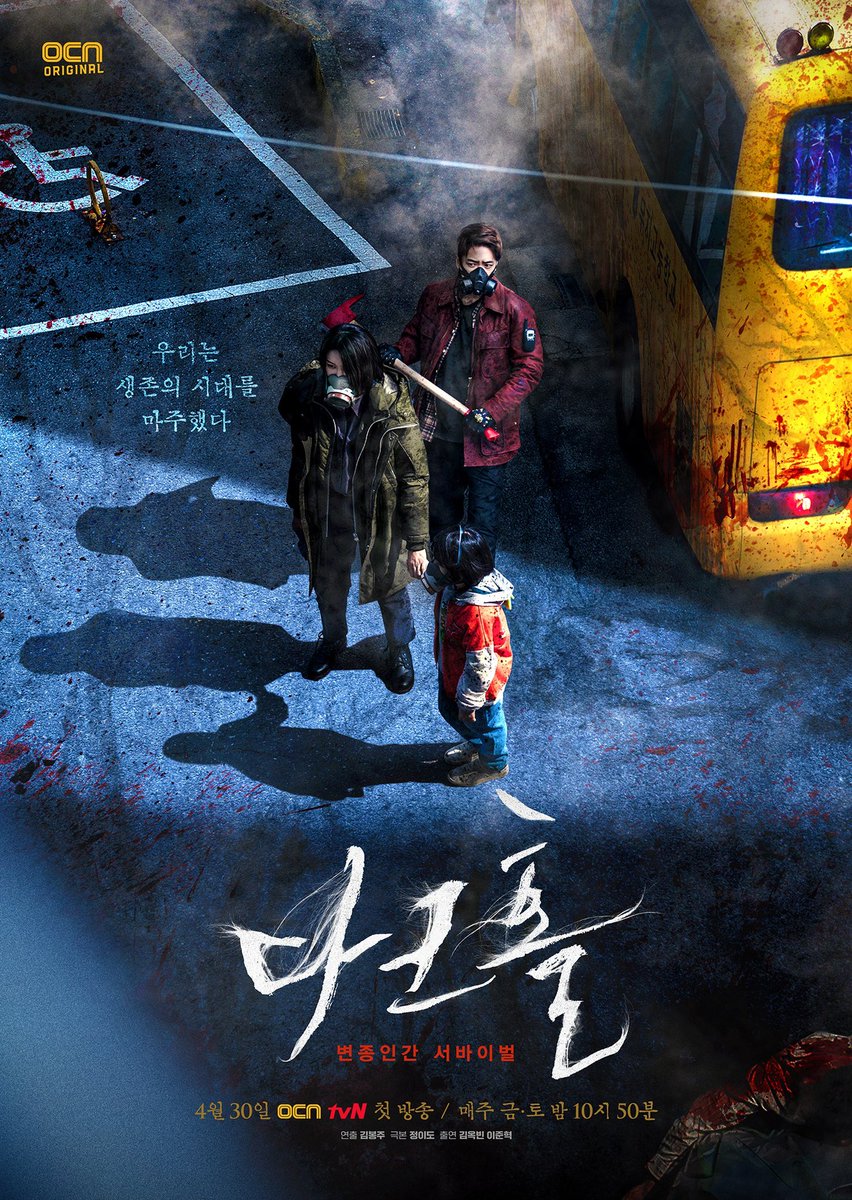 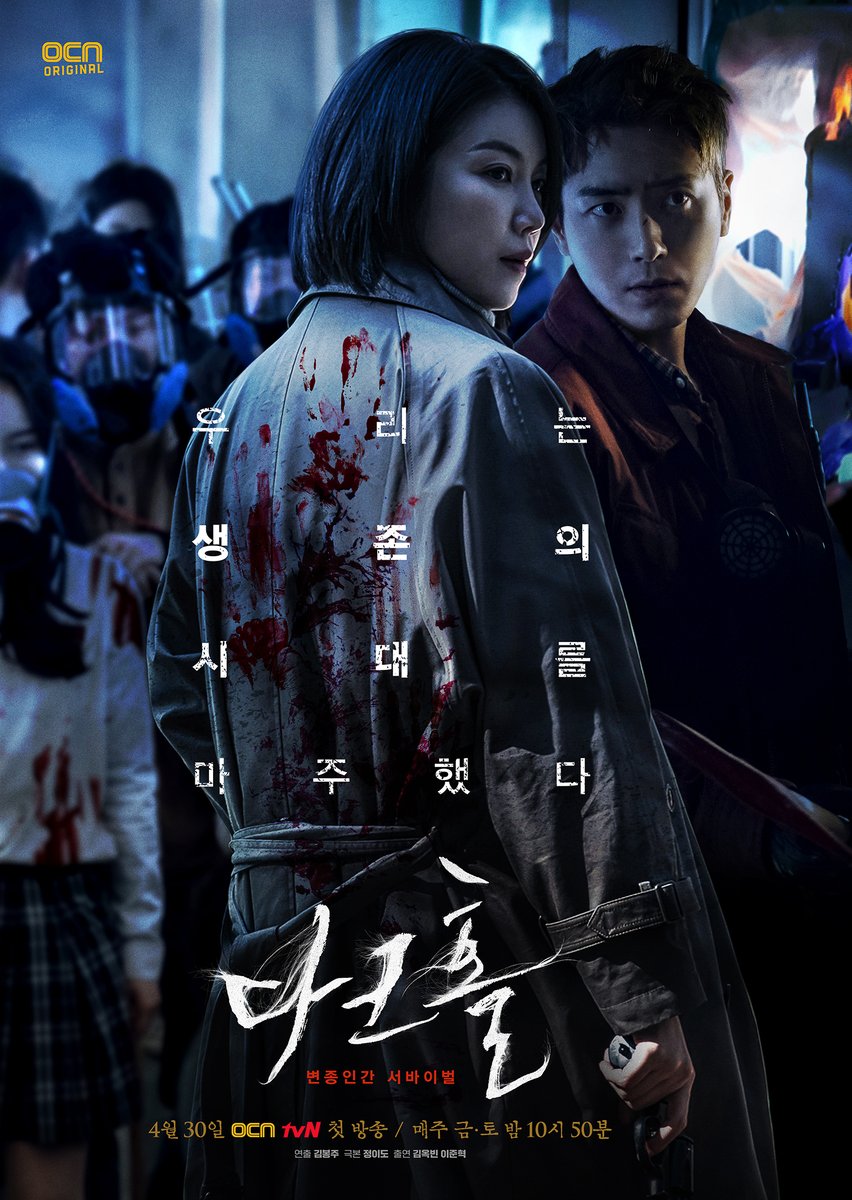 The character posters add new details to Lee Joon Hyuk, Kim Ok Bin, and Im Won Hee’s characters in the drama. Kim Ok Bin’s poster caption reads, “I will survive no matter what, I refuse to go alone.” The poster also notes that she is the only person who has breathed in the sinkhole smoke and survived without becoming a mutant. 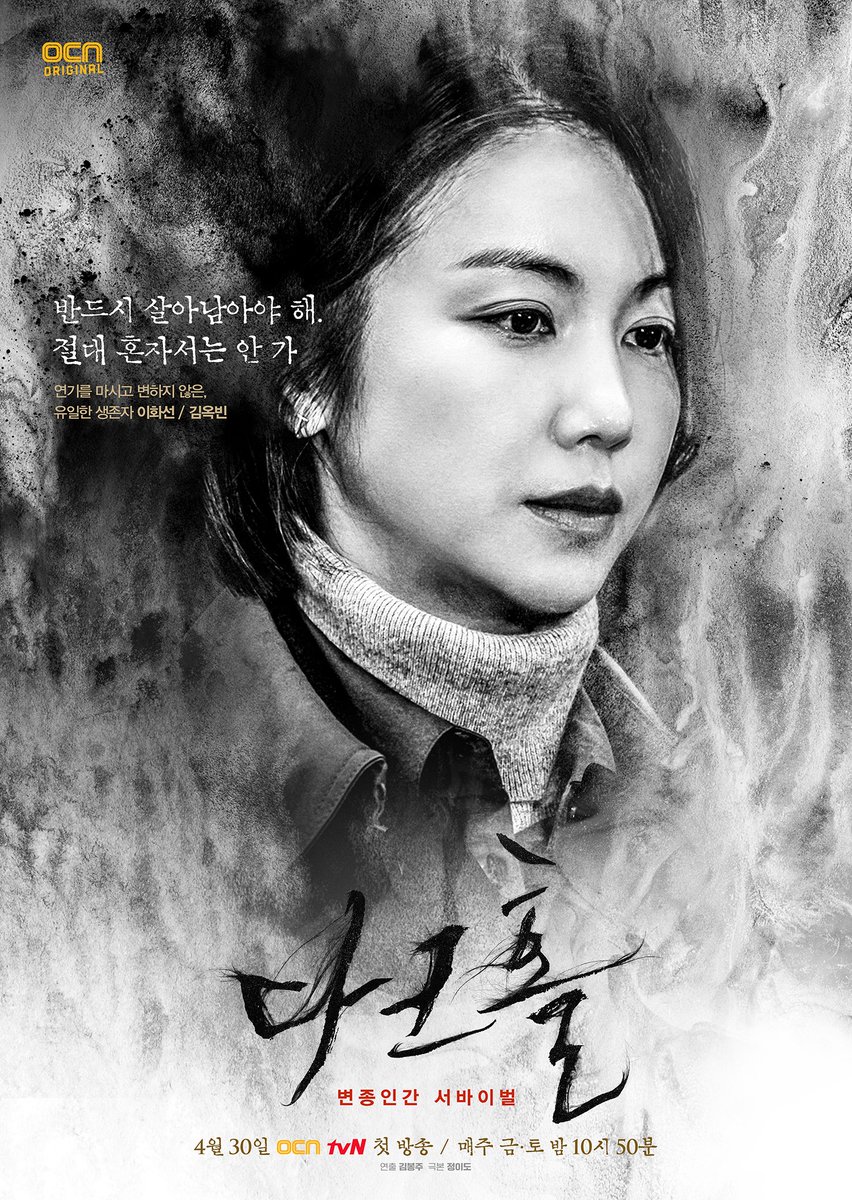 Lee Joon Hyuk’s poster describes Yoo Tae Han as a tough survivor who isn’t afraid of death. His caption reads, “I want to save them. Even if it’s just one person.” 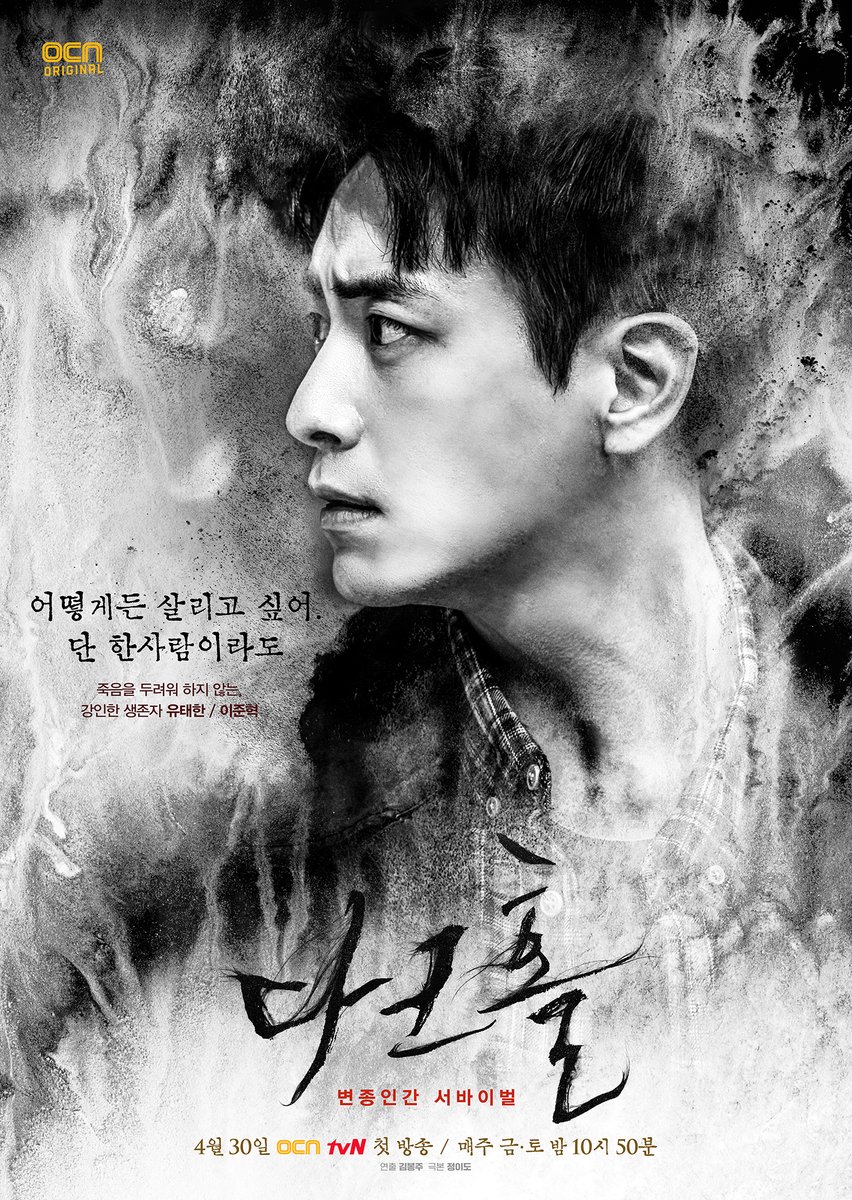 Im Won Hee plays Park Soon Il, a police corporal who is realistic and practical and a strong source of support. His poster caption reads, “It’s insane. What are they saying is in the smoke?”, showing a character thrown into confusion when his world erupts into chaos. 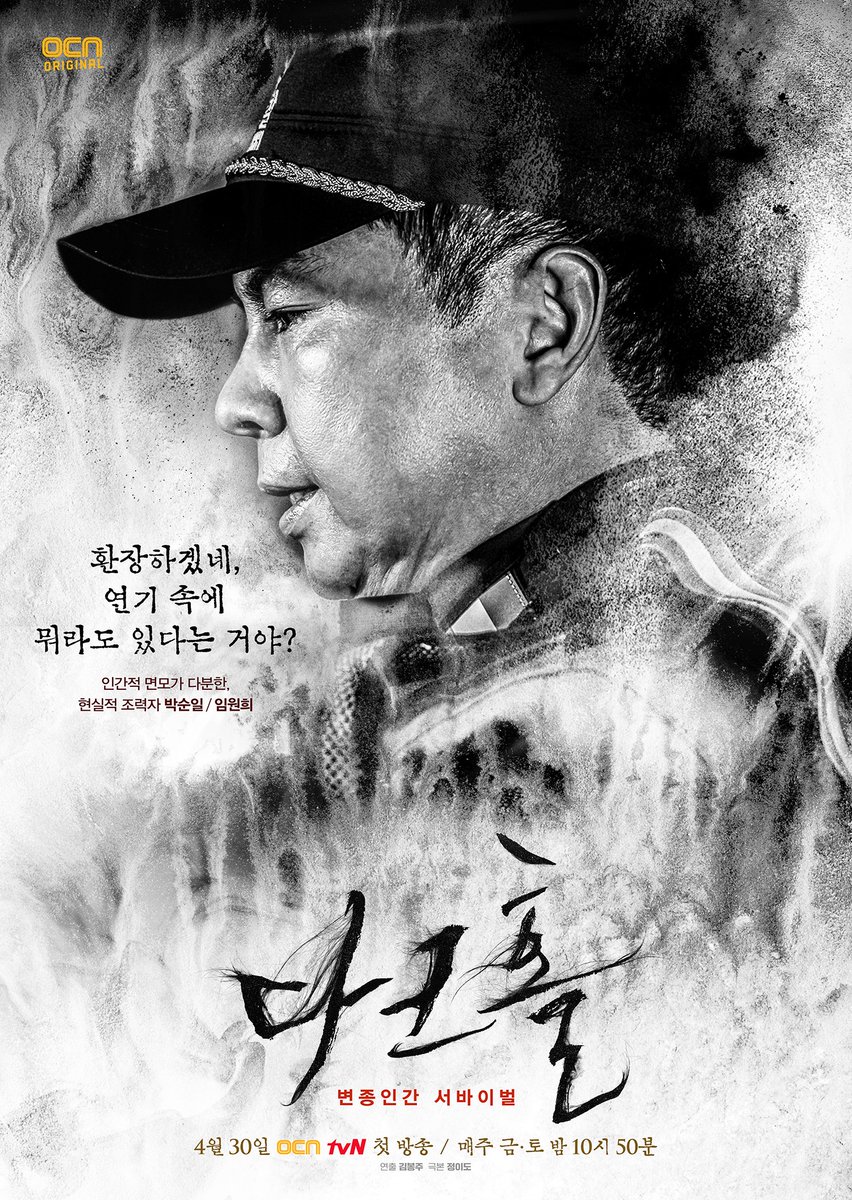