tvN has shared a poster for Jang Ki Yong and Girl’s Day’s Hyeri’s new drama “My Roommate Is a Gumiho”!

Based on a webtoon, “My Roommate Is a Gumiho” is about a 22-year-old college student named Lee Dam (Hyeri), who accidentally swallows the marble of a 999-year-old male gumiho (a mythological nine-tailed fox) named Shin Woo Yeo (Jang Ki Yong). If a human swallows a gumiho‘s marble, they can only live for one year, and then the marble will break—preventing the gumiho from ever becoming human. As they try to figure out a way to remove the marble from Lee Dam’s body before the year is up, Shin Woo Yeo suggests the two move in together.

The new poster suggests a warm atmosphere as the two begin their unexpected cohabitation. The house gives off a cozy feeling with bright sunlight, wooden counters, and pastel tones. Jang Ki Yong smiles reassuringly at the camera as he wraps a fox tail around Hyeri’s neck and the caption reads, “You can’t catch a cold, Miss Dam.” But Hyeri’s face is apprehensive as the second caption reads, “Because my marble is precious…” 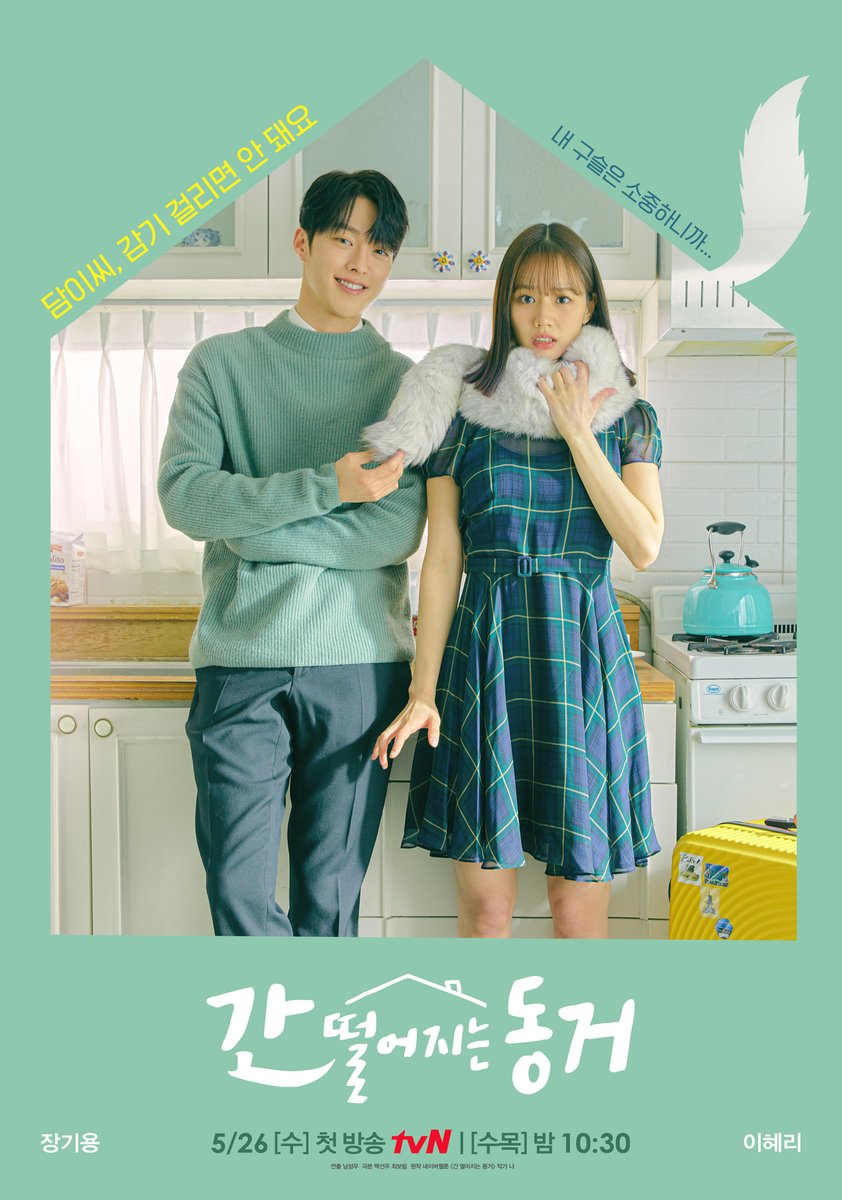