Song Joong Ki Comes Back Stronger Than Ever With Jeon Yeo Been, Kwak Dong Yeon, And More In “Vincenzo”

Song Joong Ki, Jeon Yeo Been, Kwak Dong Yeon, and more are teaming up for heated vengeance in the next episode of “Vincenzo”!

The tvN drama stars Song Joong Ki as Vincenzo Cassano, an Italian lawyer and Mafia consigliere who is of Korean descent, but was adopted by an Italian family at a young age. When he moves back to Korea due to a conflict within his organization, he winds up crossing paths with sharp-tongued lawyer Hong Cha Young (Jeon Yeo Been). Together, they join forces in using villainous methods to take down villains who cannot be punished by the court of law.

Previously, Jang Joon Woo (2PM’s Taecyeon) and Choi Myung Hee (Kim Yeo Jin) searched for Vincenzo’s weakness in order to take him down once and for all. They ended up killing Vincenzo’s biological mother Oh Kyung Ja (Yoon Bok In), which fired up Vincenzo’s thirst for revenge, and he started a fierce counterattack against his enemies.

With only four episodes left until the end, “Vincenzo” released new stills of the upcoming episode that hint about an upcoming war between the villains and anti-heroes.

In the photos, Vincenzo’s eyes are filled with determination, and he visits Jang Han Seo (Kwak Dong Yeon) at the ice hockey rink. They exchange resolute eye contact, and it seems as if Jang Han Seo will play an important variable in this game. 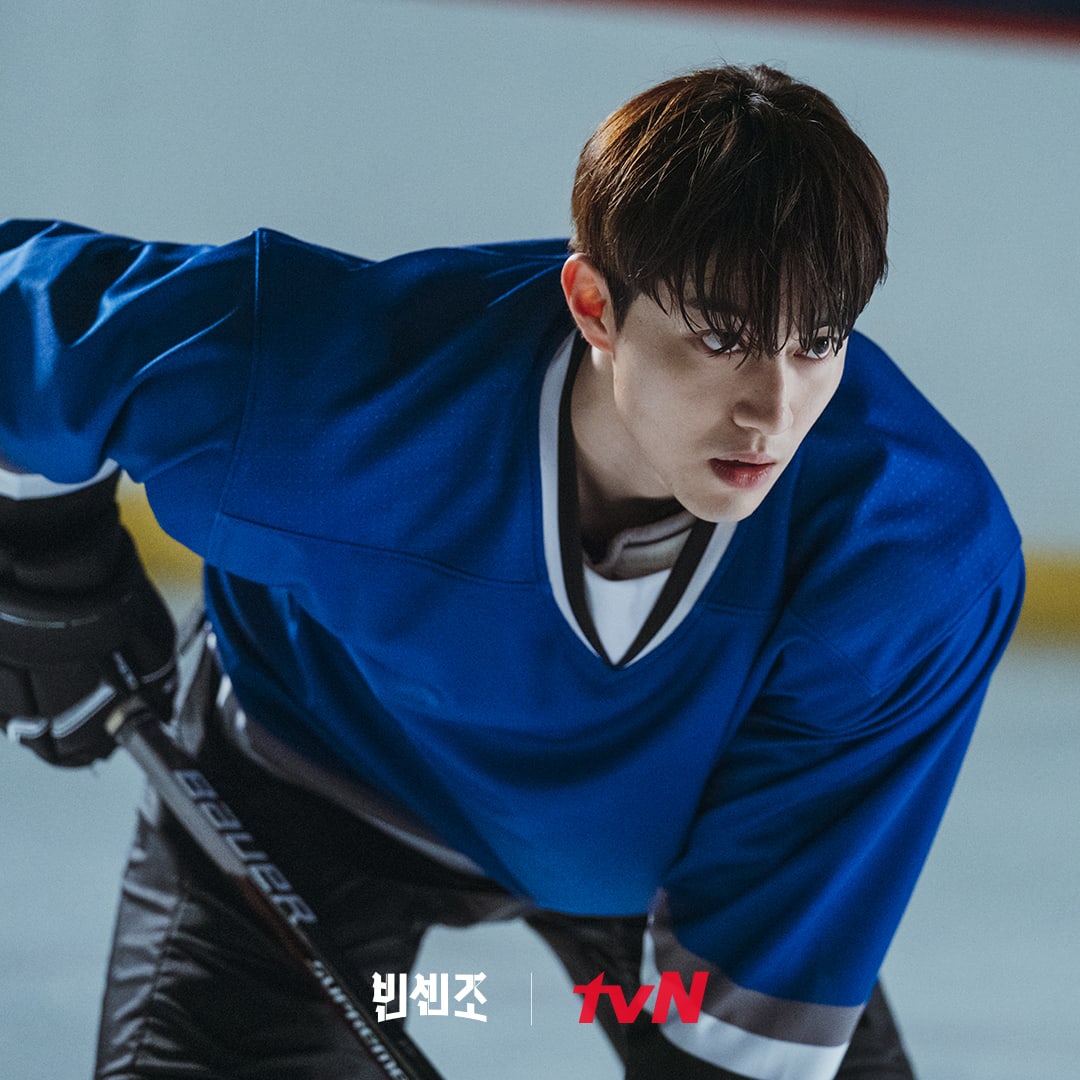 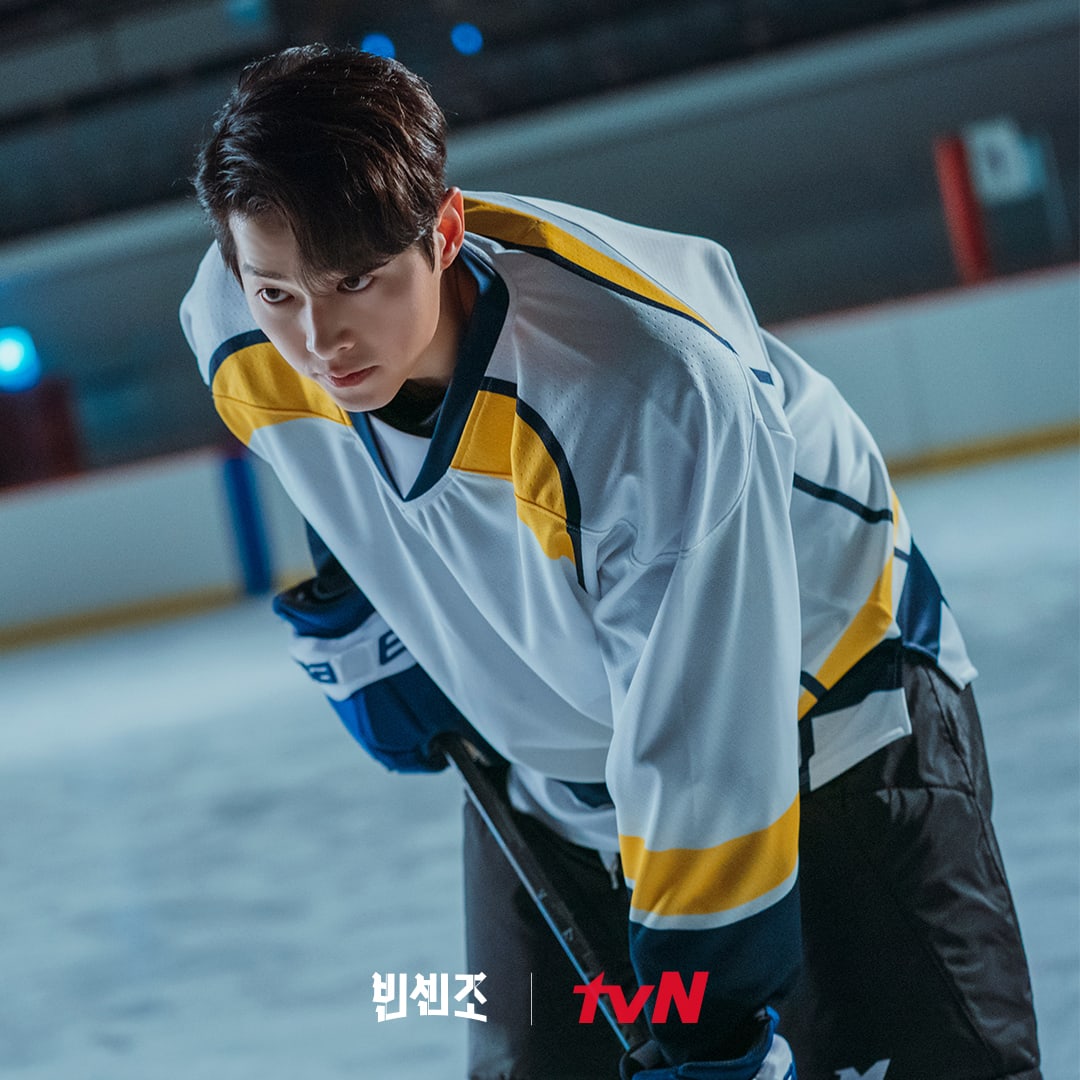 The drama also shared a glimpse of Vincenzo and Hong Cha Young’s collaboration with the members of the Geumga Plaza. All of them are wearing black suits, and they stride forward with lofty confidence. They look like a mafia family, and it will be exciting to find out how they will team up to win against evil. 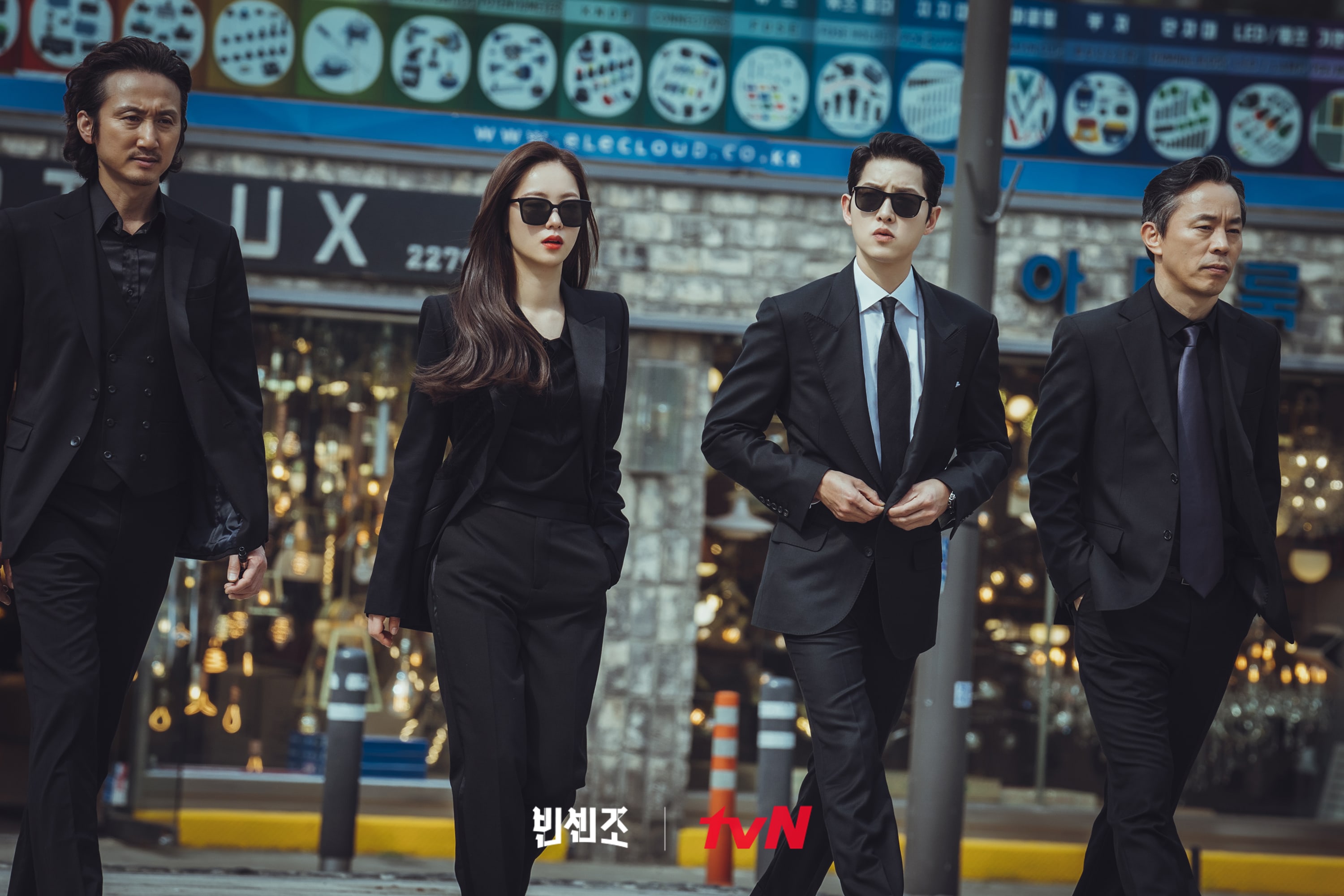 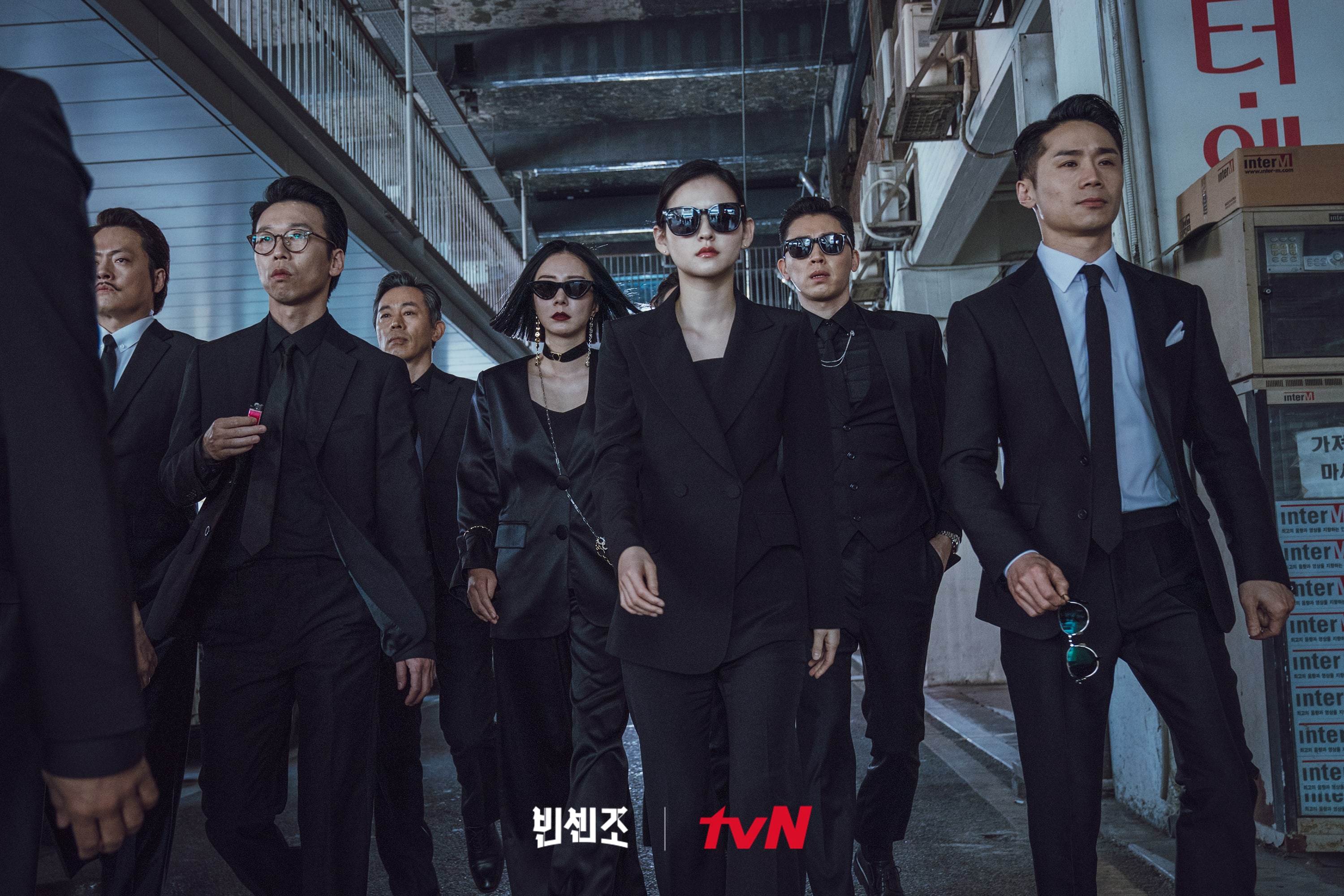 In the meantime, watch Song Joong Ki in “Descendants of the Sun” below: