On the latest episode of KBS 2TV’s “Come Back Home,” Sunmi told the heartwarming story of how Rain gave her strength during a difficult time in her life.

For the April 24 broadcast of Yoo Jae Suk‘s new variety show, Sunmi appeared as the program’s latest guest—and she brought along her former JYP Entertainment labelmate Rain as a special companion.

Early on in the show, Yoo Jae Suk asked, “I heard that the reason Sunmi came here today with Rain is not only because you both started out at JYP, but because you’re grateful to him for something in particular?”

Sunmi went on to explain, “To be honest, I have a lot to thank him for, but back during my trainee days, my father passed away. When I was at the funeral in the role of the eldest child of the family, Rain called me and told me over the phone, ‘I think I understand how you must be feeling right now. Since you’re the head of the family now, take good care of your younger siblings. You have to be strong in order for your younger siblings to find strength as well.'”

Rain has previously talked about his own mother passing away when he was still a teenager, before his debut under JYP Entertainment.

“Honestly, I was just a mere trainee at the time,” continued Sunmi, “and to have such a superstar and my role model personally call and comfort me—that memory really stands out to me when I look back on my trainee days.”

Rain responded by humbly joking, “It’s because I knew she would become a superstar and do really well [after her debut].” 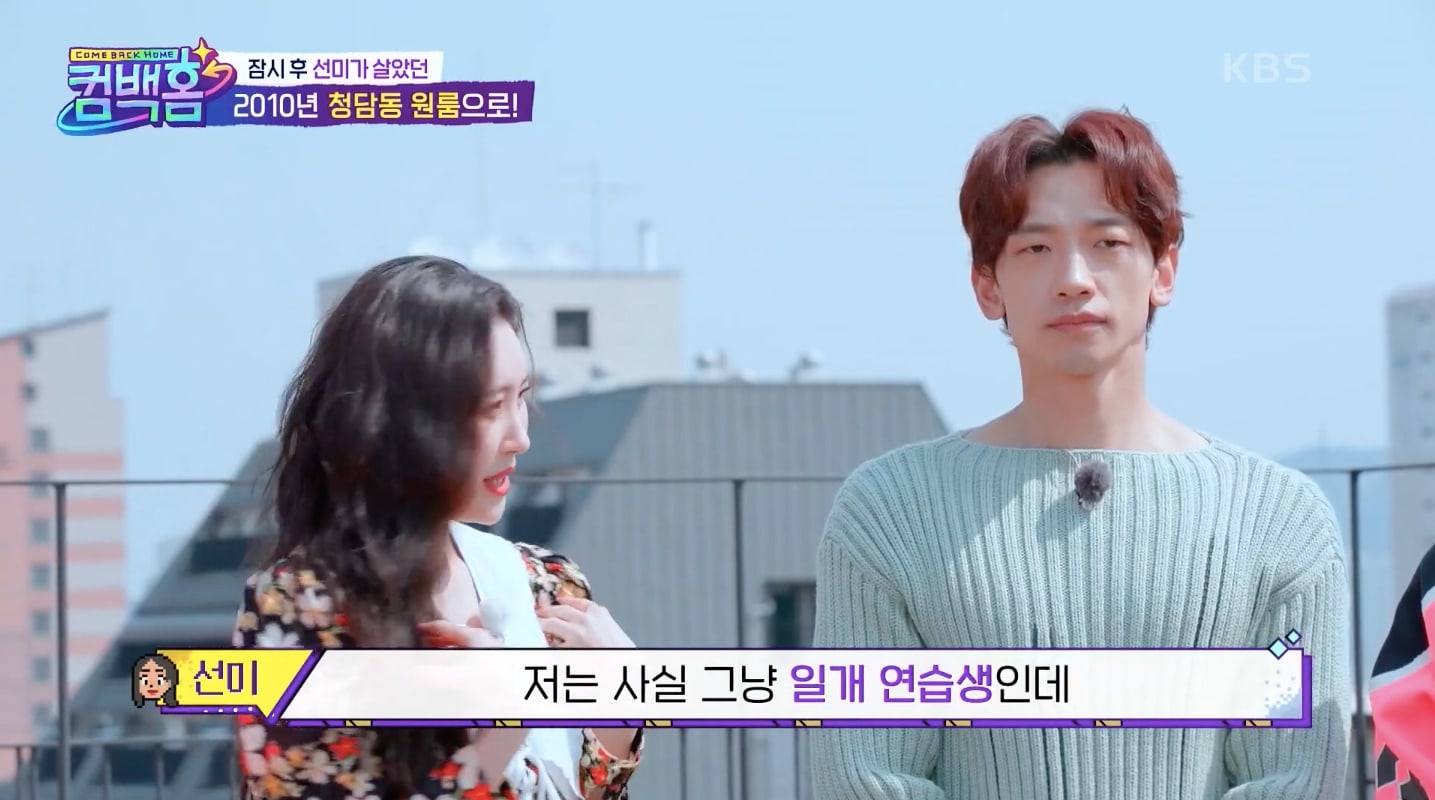 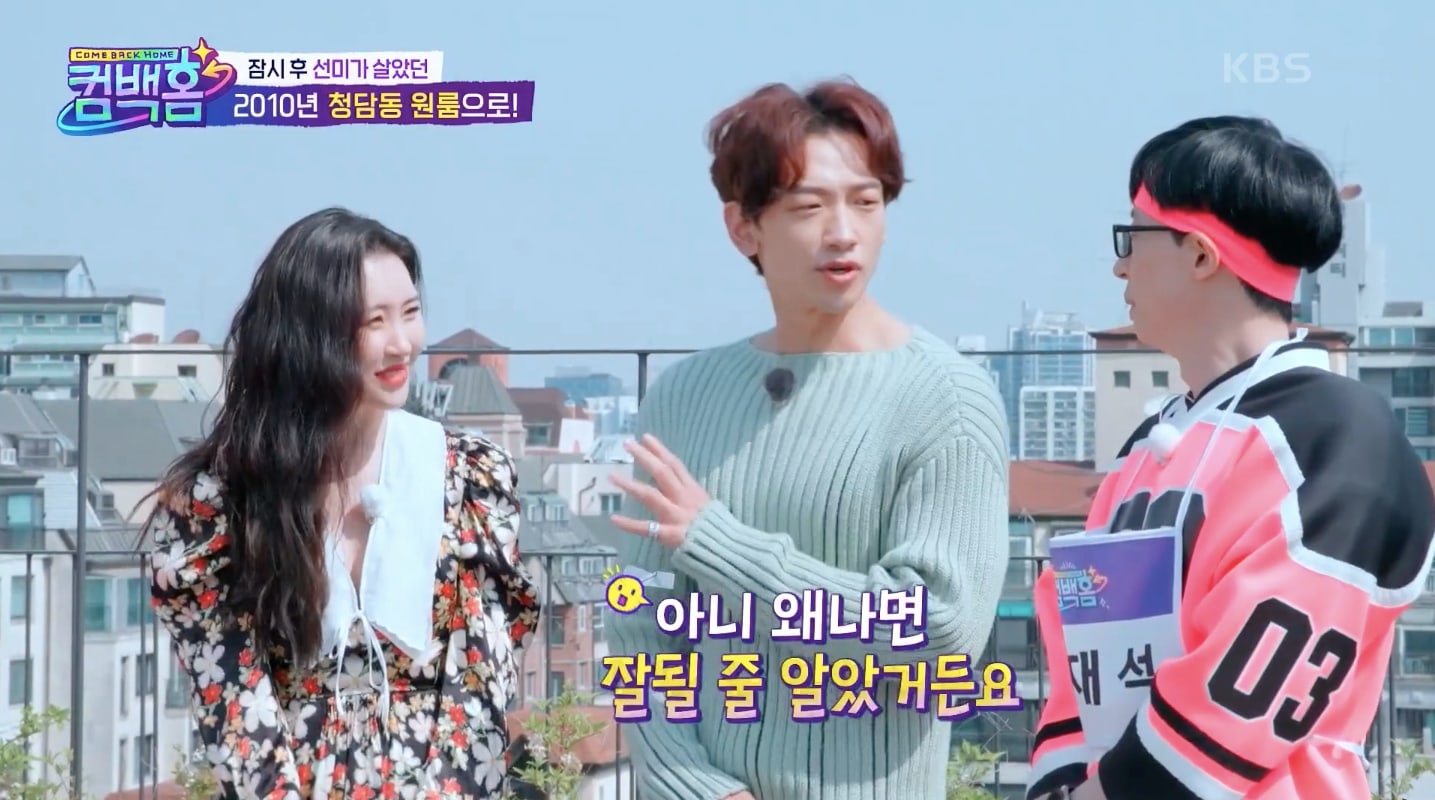 Later on in the show, the two singers danced together to “When We Disco,” Sunmi’s hit duet with Park Jin Young.

Check out a clip of their impromptu performance below!

Watch the full episode of “Come Back Home” with English subtitles here:

Come Back Home
Rain
Sunmi
How does this article make you feel?