On the April 25 episode of KBS’s “2 Days & 1 Night Season 4,” the members visited Hamyang in South Gyeongsang Province and Buan in North Jeolla Province.

After finishing up their trip in Hamyang on Daebong Mountain, where certain members had to descend via zipline, the members began a new trip in Buan. Before the opening segment, Kim Seon Ho was asked if he had started filming his new drama with Shin Min Ah, and he responded that they start in May. Moon Se Yoon commented, “You have great luck in female co-stars,” and Kim Jong Min asked if he had met Shin Min Ah yet. Kim Seon Ho replied, “I have. She’s really beautiful.” 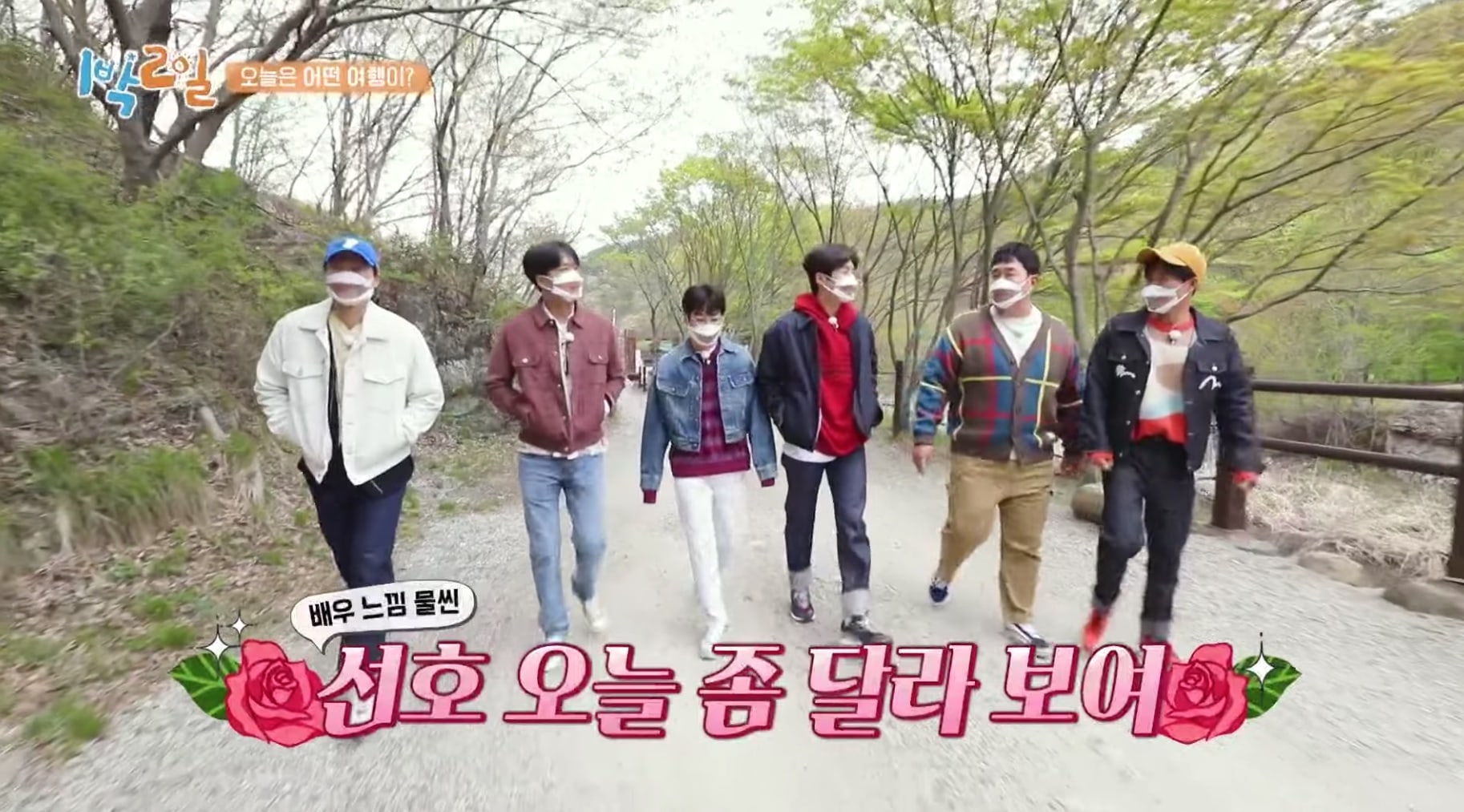 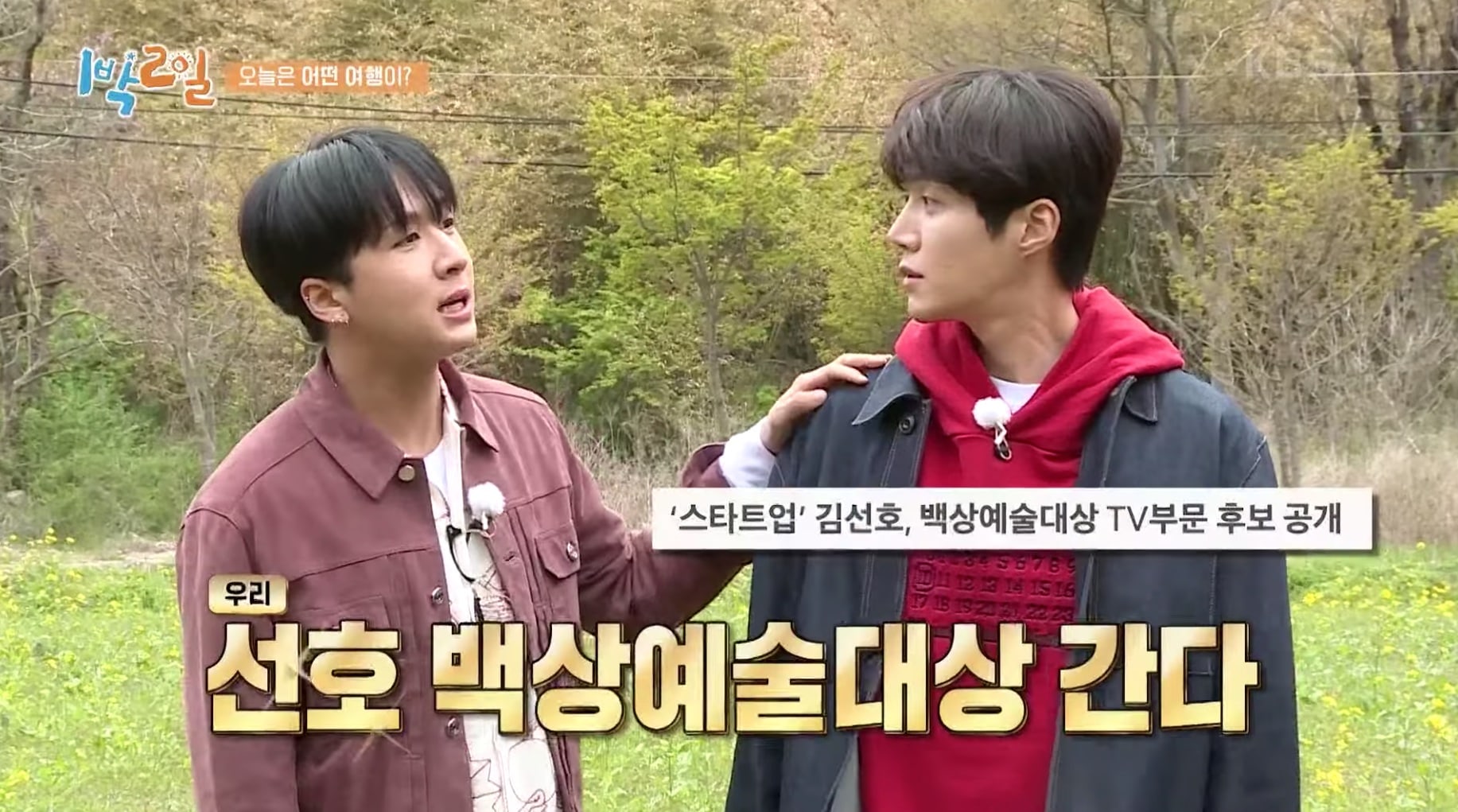 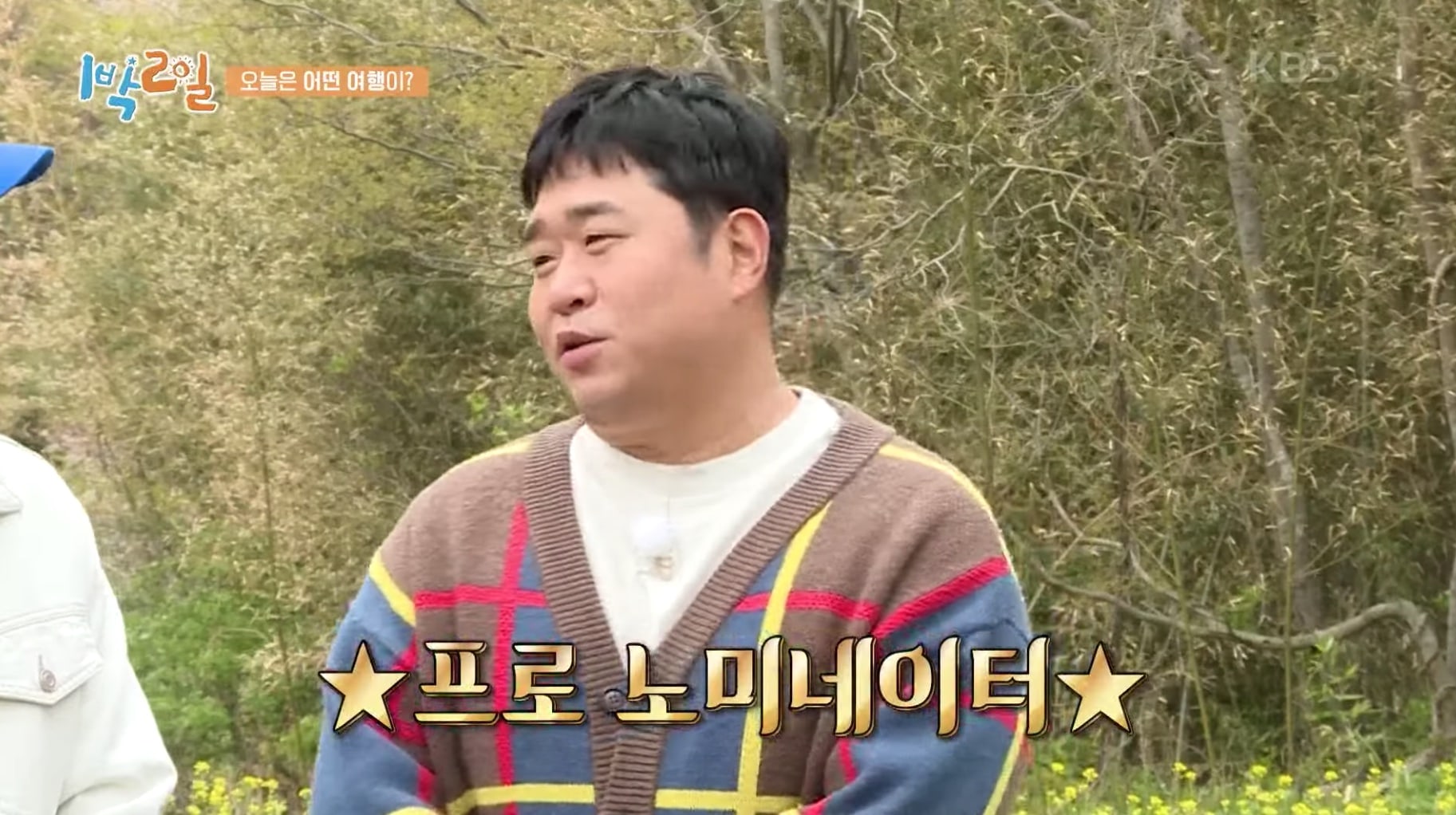 Later in the episode, DinDin, Kim Jong Min, and Yeon Jung Hoon talked about marriage. DinDin said, “I opened the front door the other day and I felt tears come up. I worked from 7 a.m. to 1 a.m. before coming home, and I suddenly felt so sad on seeing the clothes that I had taken off the day before lying in the same spot. Then I thought about how hard it must have been for Jong Min hyung.”

Kim Jong Min said, “I spent 20 years like that. You just live like that. You open your eyes and you keep breathing. But I understand how DinDin feels.” DinDin vowed, “I won’t grow old like you,” but Kim Jong Min replied humorously, “I said that too. I always told myself, ‘I wouldn’t be like those other hyungs.'”

Yeon Jung Hoon asked Kim Jong Min if he had regrets about not getting married or a relationship not working out. Kim Jong Min said, “I don’t regret things that I’ve lost. After time had passed, I realized that that person was alright, but at the time, I felt like it was going to fail. Since I’m immature, I didn’t want to cause harm to others. From a financial perspective, I wasn’t prepared [for marriage]. As soon as I felt like I was prepared, it had already passed by. These are things that I know now.”

DinDin said, “I’m so busy these days that I don’t feel like I’m ready at all. It’s the exact same as Jong Min hyung said. I feel like I’m going to go crazy.” He then called his mother to ask her for help arranging meetings with potential marriage partners, saying, “I think that I’m going to be like Kim Jong Min if I stay like this.” His mom then made the others laugh by replying, “Surely not.” 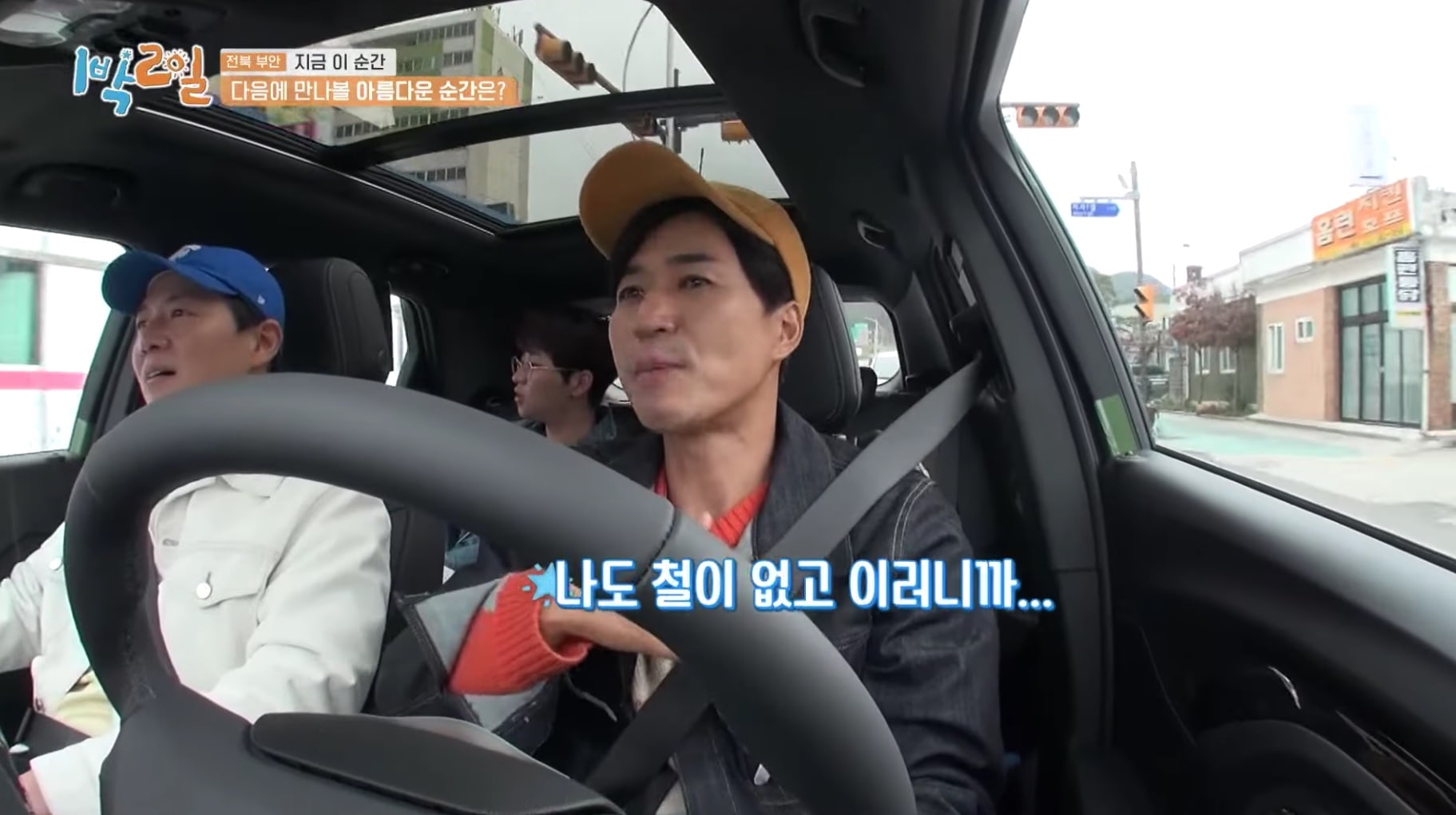