Kang Tae Oh, Lee Soo Hyuk, And Shin Do Hyun Are Intertwined In A Love Triangle In “Doom At Your Service”

“Doom at Your Service” is an new tvN fantasy romance drama about a supernatural being named Myul Mang (Seo In Guk), who causes everything he touches to vanish , and a woman named Tak Dong Kyung (Park Bo Young), who puts her life on the line to avoid her fate.

Lee Soo Hyuk plays Cha Joo Ik, the head editor at a web novel publishing company called Life Story where Tak Dong Kyung works. One day, he appears in front of Na Ji Na (Shin Do Hyun), a beautiful web novelist, with a powerful impression akin to the end of the world. Along with Lee Hyun Kyu (Kang Tae Oh), who is Cha Joo Ik’s housemate and the man who gave Na Ji Na regrets about first love, the three will be caught up in a heart-fluttering love triangle.

On April 26, the drama released a new poster of Cha Joo Ik, Na Ji Na, and Lee Hyun Kyu. Although the three people look towards different directions, they seem to be wary of each other’s presence. 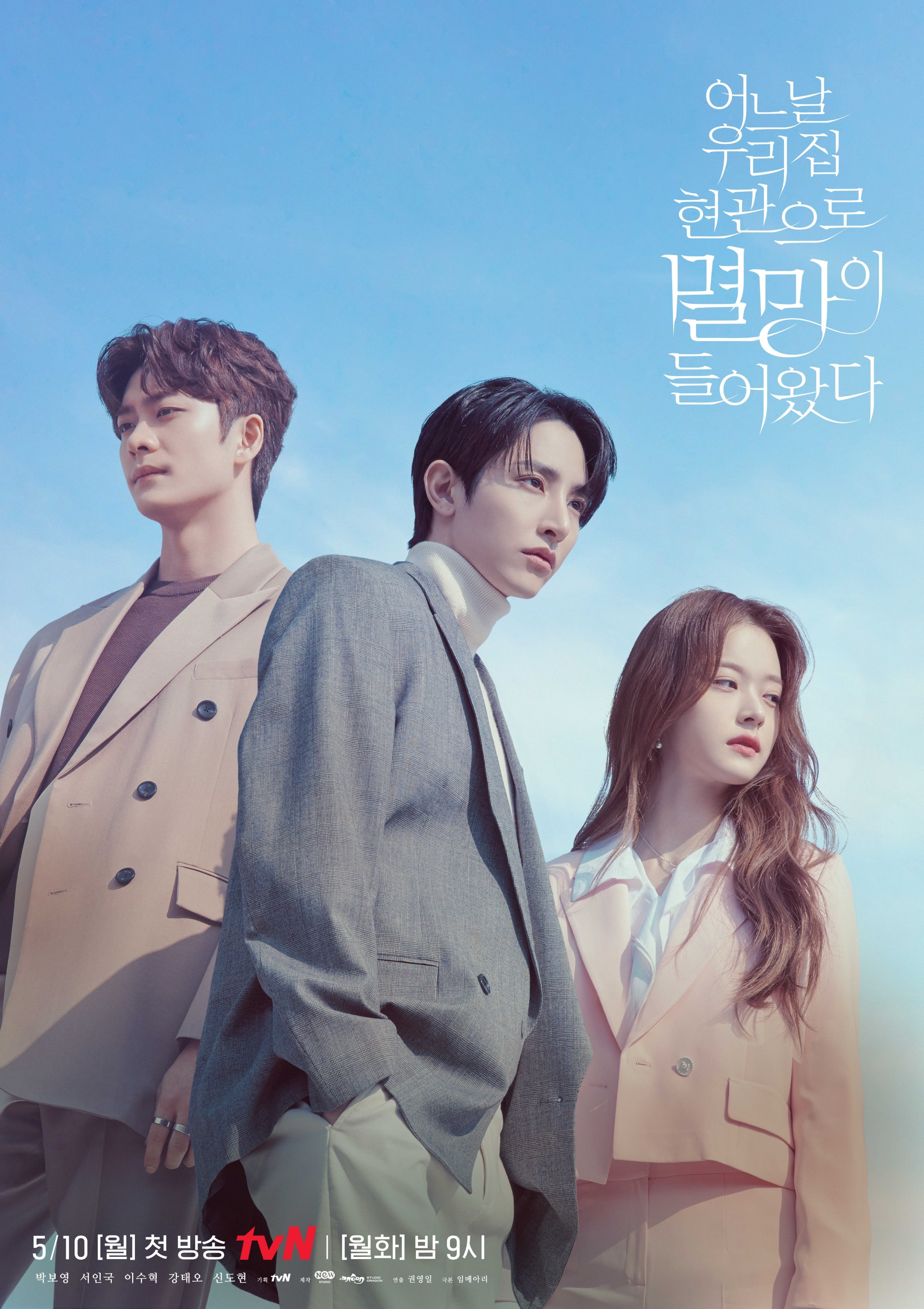 Kang Tae Oh
Lee Soo Hyuk
Shin Do Hyun
Doom at Your Service
How does this article make you feel?