The highly-anticipated drama “So I Married the Anti-Fan” has unveiled two playful posters of its leads!

Based on the popular novel of the same name, “So I Married the Anti-Fan” is a romantic comedy starring Choi Tae Joon as Who Joon, an A-list K-pop star, and Girls’ Generation’s Sooyoung as Lee Geun Young, a reporter who ends up becoming his most notorious anti-fan.

On April 27, the long-awaited drama released a cute set of posters that capture the unusual chemistry and unique dynamic between its two protagonists.

In the first poster, Lee Geun Young stares nervously into the camera as Who Joon takes her by the wrist. Although he appears to be helping her up, the fearful look in Lee Geun Young’s eyes and the way she is timidly crouching on the ground suggest that the couple will initially get off to a rocky start.

Meanwhile, the second poster hints at the unexpected romance that may blossom between the two leads, with a string of hearts looping around the couple as they gaze into each other’s eyes against a breathtaking skyline.

The captions on both posters read, “Did we not know each other? Or would it have been better if we had never known each other?” 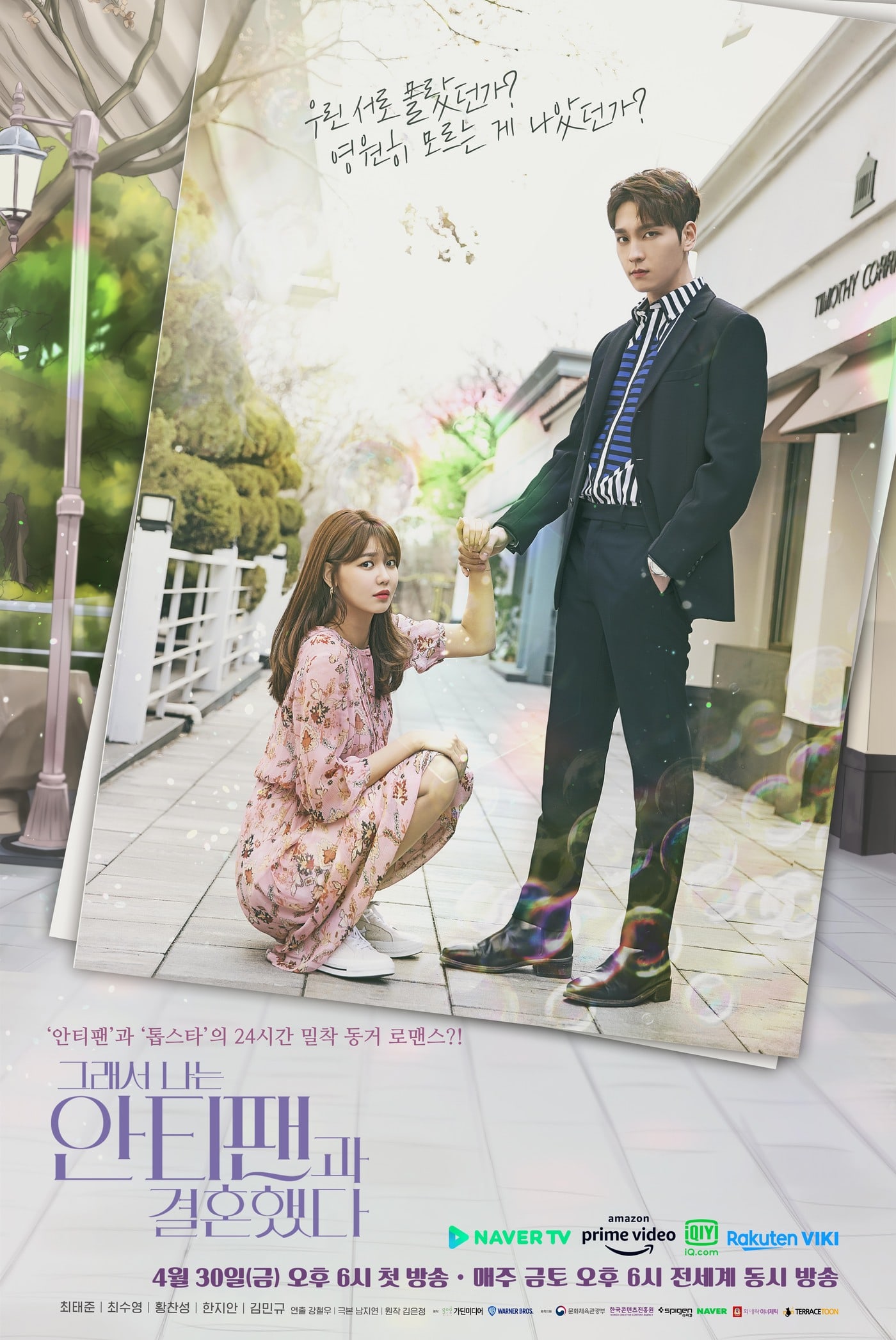 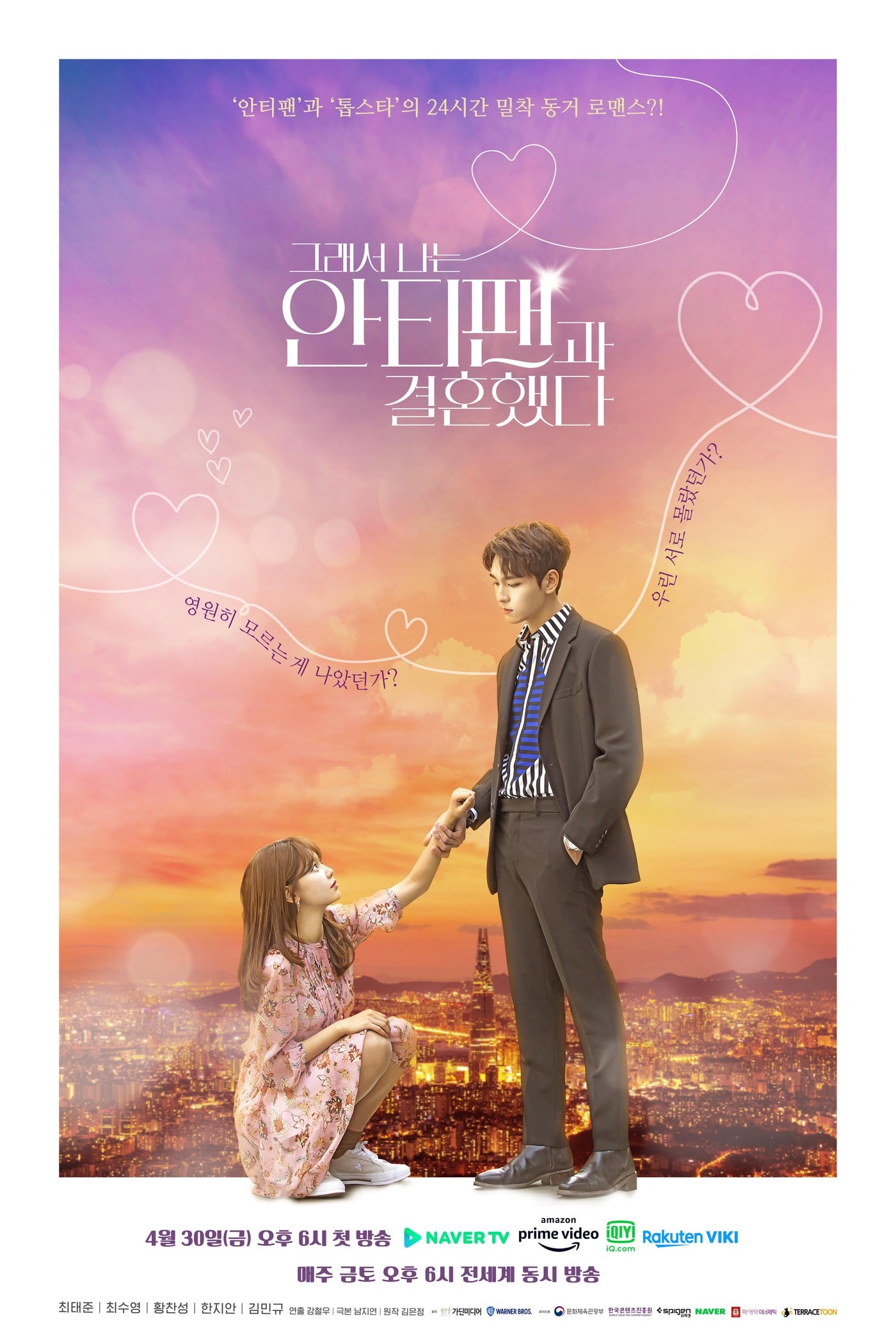 “So I Married the Anti-Fan” premieres on April 30 and will be available with subtitles on Viki.