Choi Tae Joon, Sooyoung, And Chansung Preview An Unpredictable Romance In “So I Married The Anti-Fan” Posters

Upcoming drama “So I Married the Anti-Fan” released character posters of the three main leads!

Based on the popular novel of the same name, “So I Married the Anti-Fan” is a romantic comedy starring Choi Tae Joon as Who Joon, an A-list K-pop star, and Girls’ Generation’s Sooyoung as Lee Geun Young, a reporter who ends up becoming his most notorious anti-fan. In addition to the romance between Lee Geun Young and Who Joon, the drama will also portray the complicated story of JJ (2PM’s Chansung) and Oh In Hyun (Han Ji An), who spent time together with Who Joon as trainees in the past but have now drifted apart.

The newly released poster of Who Joon depicts him brimming with confidence. Who Joon looks back while making an adorable finger gun, highlighting his undeniable charm. The sticky note stuck to his cheek reads, “god Who Joon,” conveying his tremendous popularity. 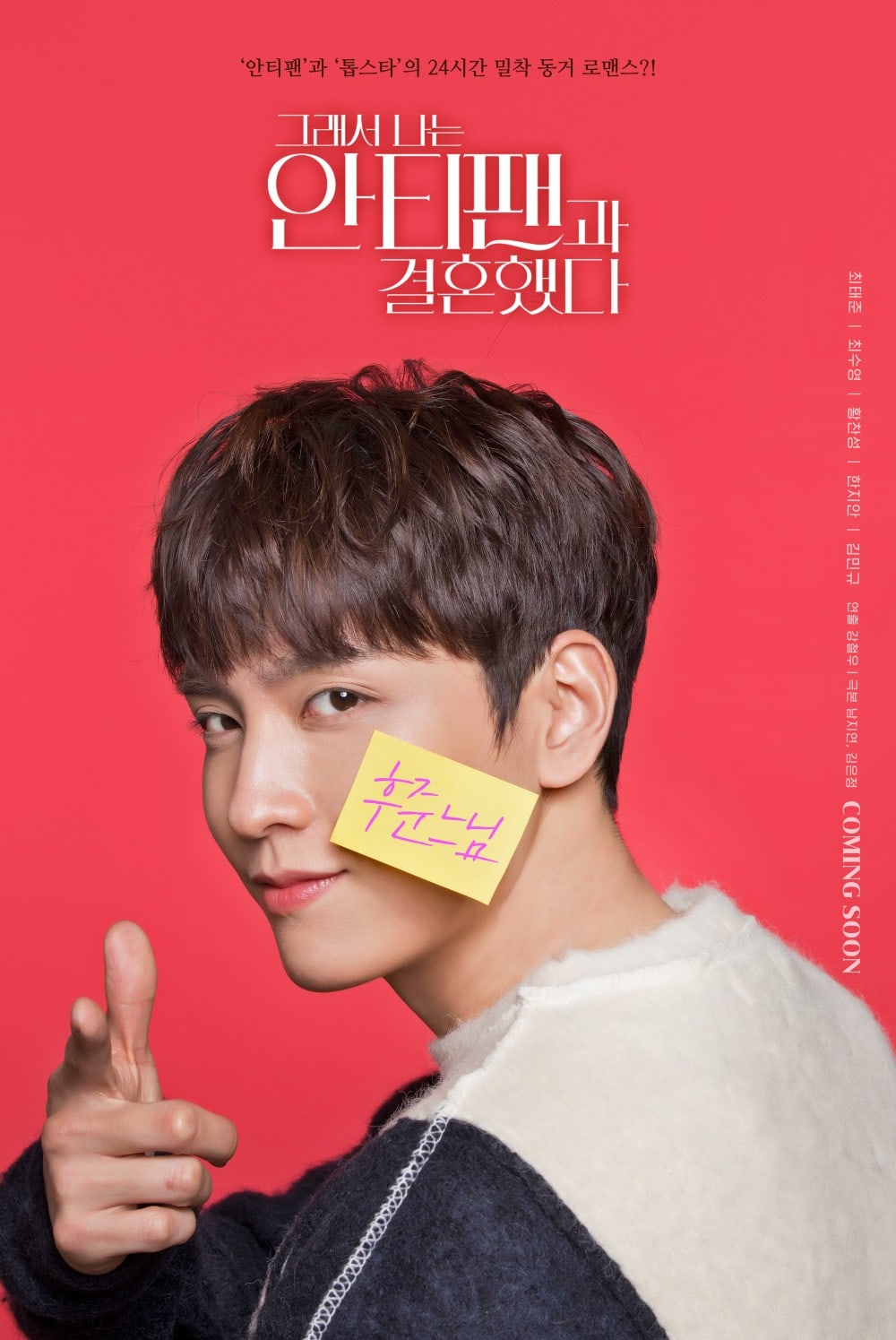 Sooyoung will be playing Lee Geun Young, who dreams of becoming a Wonder Woman in the reporting industry, but in reality, she’s only in charge of miscellaneous tasks. The sticky note on her cheek has the phrase “just Geun Young,” sounding similar to the phrase “so-so.” However, the ordinary Lee Geun Young will get to star in a pretend marriage program with Who Joon due to a special incident. 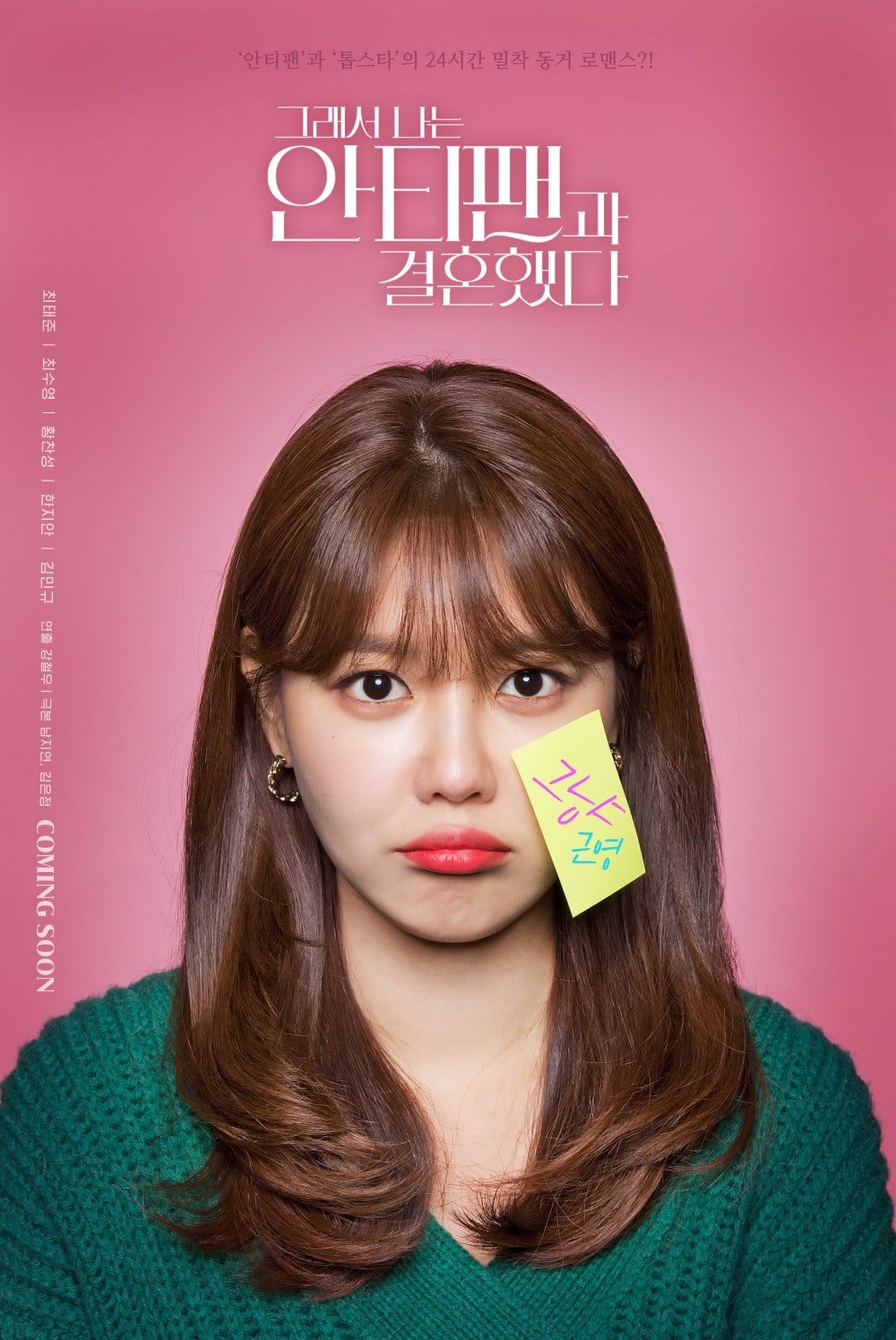 Chansung stars as JJ, who considers Who Joon his rival and struggles to bring him down. In his poster, JJ looks charismatic, but his expression is full of dissatisfaction. With his sticky note reading, “forever No. 2 Jae Joon,” he won’t hesitate to steal everything Who Joon has. On all three posters, the description at the top reads, “A close-up 24-hour cohabitation romance between an ‘anti-fan’ and ‘top star’?!” 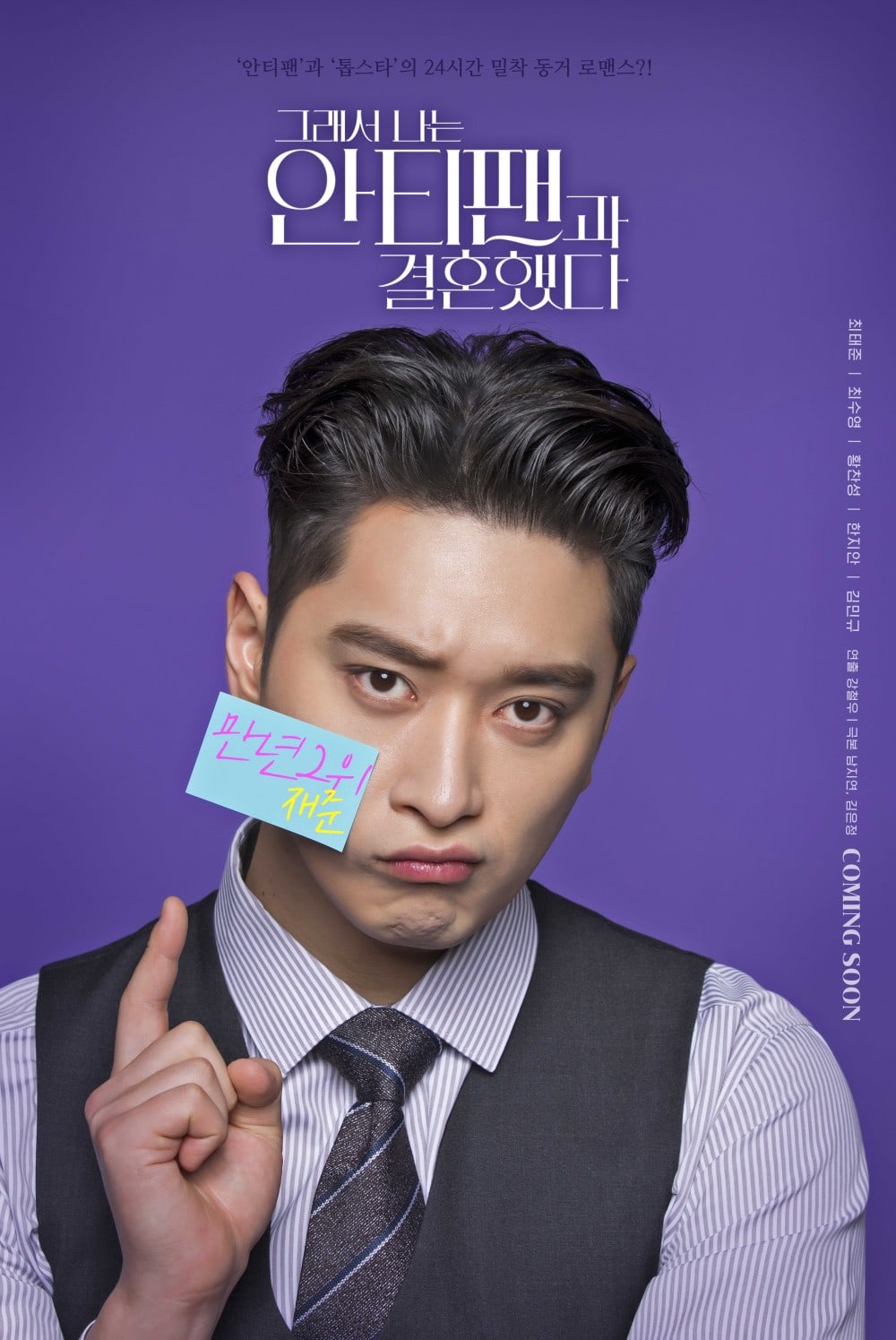 “So I Married the Anti-Fan” premieres on April 30 and will be available with subtitles on Viki!

Girls' Generation
Choi Tae Joon
2PM
Chansung
Sooyoung
So I Married the Anti-Fan
How does this article make you feel?