What a crazy and thrilling ride! Episodes 5-6 of “Taxi Driver” were just as strong as the previous ones and made us experience nearly the full palette of emotions. The drama is now taking more time to deal with its revenge cases, which makes it possible to show us more of the characters’ backstories and complex feelings as well. Let’s take a closer look at eight situations from the latest episodes that evoked all kinds of emotions.

Warning: spoilers for episodes 5-6 ahead.

Episode 5 already starts with a bang. The dream sequence at the beginning of the episode quickly turns from a beautiful memory into a highly disturbing nightmare, and it was so well made that we gained a good impression of the horror Kim Do Gi (Lee Je Hoon) must feel. It seems like such nightmares haunt Do Gi quite often, so we really hope that he will stop experiencing them and will be able to overcome his trauma. 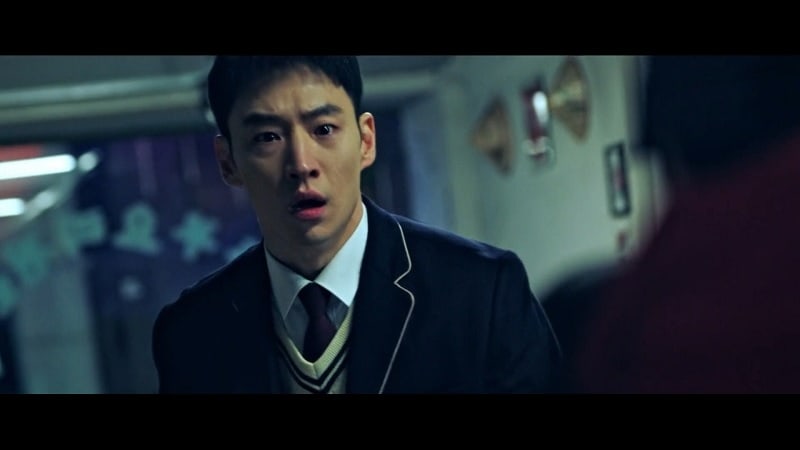 As we already suspected, Rainbow Taxi’s two engineers, Choi Kyung Goo (Jang Hyuk Jin) and Park Jin Uhn (Bae Yoo Ram), are relatives of crime victims as well. But not only that, their respective siblings were actually married and died together, which explains the strong bond the duo seems to have. It really broke our hearts to hear their story during the group therapy session and made us feel deep sadness about their siblings’ tragic fate. 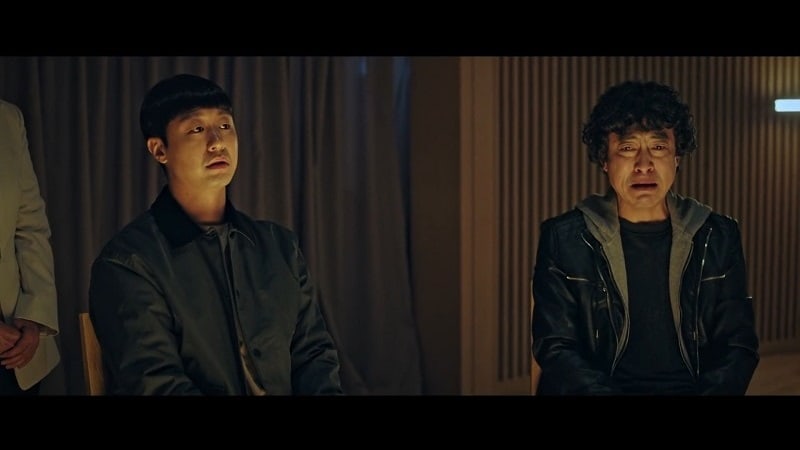 While trying to cope with the pain of having lost her older sister, Ahn Go Eun (Pyo Ye Jin) seeks out Kim Do Gi, and the two end up going for a drive. Seeing Do Gi give Go Eun comfort by quietly listening to her deeply touched our hearts. It was a much-needed healing moment and it’s admirable for Do Gi to stay calm and put others before him in such a triggering situation. However, even though Do Gi looks the strongest on the outside, he seems to suffer the most from his own traumatic loss, so I hope he starts opening up to others as well in order to find healing. 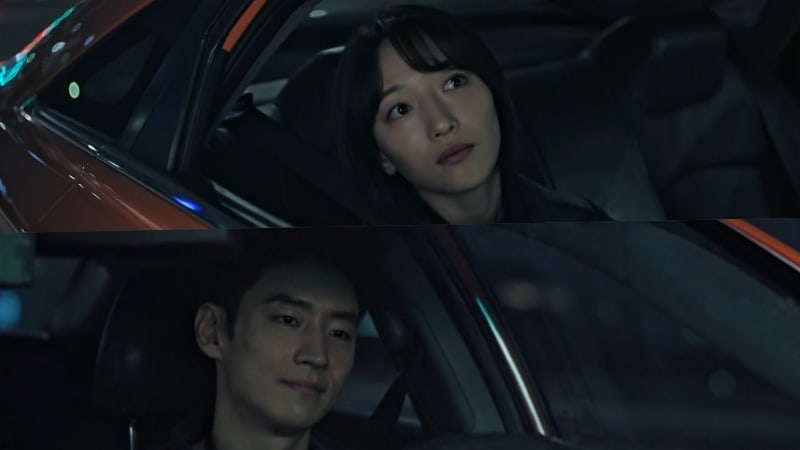 Kang Ha Na (Esom) receives a new case that seems especially horrendous, just to hear from her supervisor that the charges were dropped. As it turns out, the lawyer who took on that case used to be an older colleague of her supervisor before he opened his own law firm, which is why Kang Ha Na’s boss wishes she wouldn’t dig into this case any further. We’re just as appalled at this situation as Kang Ha Na and thus really felt with her when she broke down for a moment. 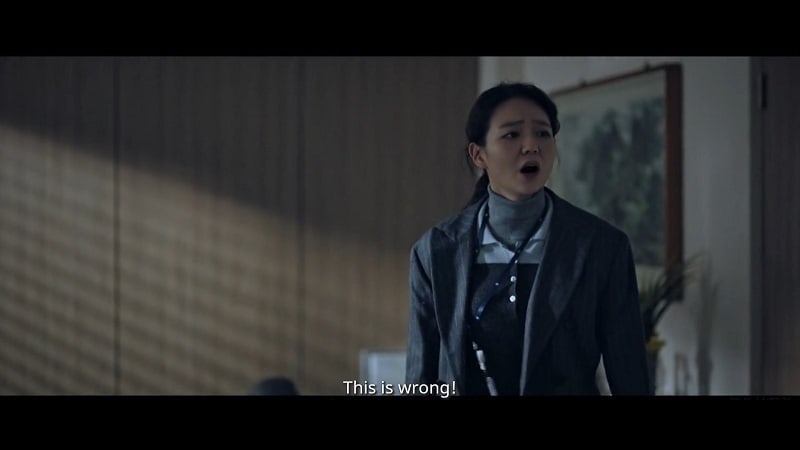 Luckily, Kang Ha Na proves to have immense inner strength and quickly gets back on her feet. Her little breakdown doesn’t make her appear weak at all but showed us that she’s human too. The passionate prosecutor stays nonetheless true to her convictions and cleverly goes up against that lawyer while still showing respect to her supervisor at the same time. We are really proud of our girl! Furthermore, we also learn more about the depth of her convictions in a flashback, which gives us hope that she might decide to join hands with Rainbow Taxi in the future. 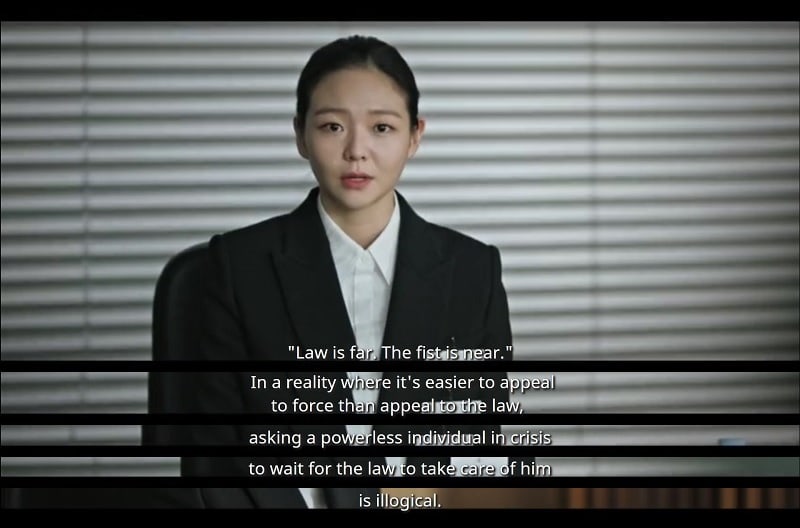 It’s a blast every time Kim Do Gi goes undercover! This time he keeps his real name and poses as a genius programmer in order to infiltrate U Data, an online storage company whose chairman seems to severely abuse his power. Lee Je Hoon’s hilarious facial expressions and crazy actions are a pure joy to watch and always leave us craving more. They’re not only very welcomed, but also a much-needed breather to help us better digest the heavy topics the drama deals with.

Jo Do Chul (Jo Suk Hyun)’s successful escape from the hands of the loan shark felt very ominous. While imprisoned, he made it as clear as daylight that he intends to take revenge once he’s on the loose and repeatedly expressed his desire to murder the guy who tries to “reform” him as well as the taxi driver who kidnapped him. As a result, we can’t help but feel anxious about Jang Sung Chul (Kim Eui Sung) and Kim Do Gi’s safety. Let’s hope they catch Jo Do Chul again before he can do any harm. 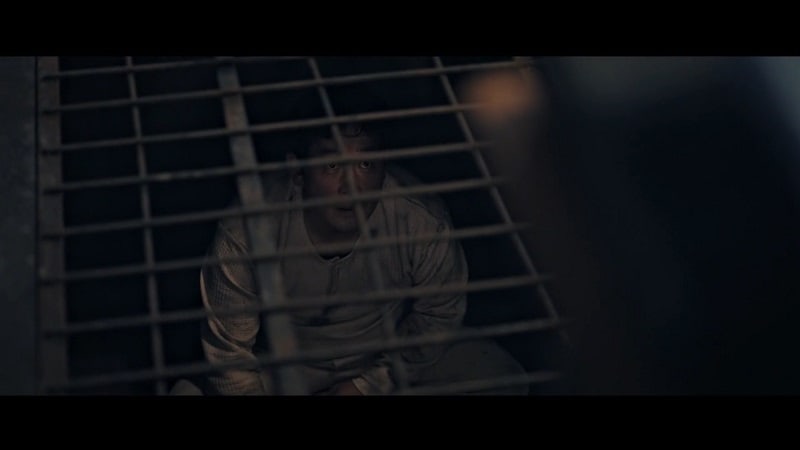 Chairman Park Yang Jin (Baek Hyun Jin) of U Data is truly insane. He sees himself as everyone’s hero, loves to ridicule his employees, and justifies everything with money. Furthermore, if someone’s actions are not to his liking, he physically abuses them, in some cases even to the extent of almost killing his victims. But it doesn’t stop there: There’s a big secret behind U Data’s strategic planning office, which is the company’s core department and generates the highest sales. As it turns out, they upload illegally filmed adult videos, and Go Eun’s sister is one of the victims. 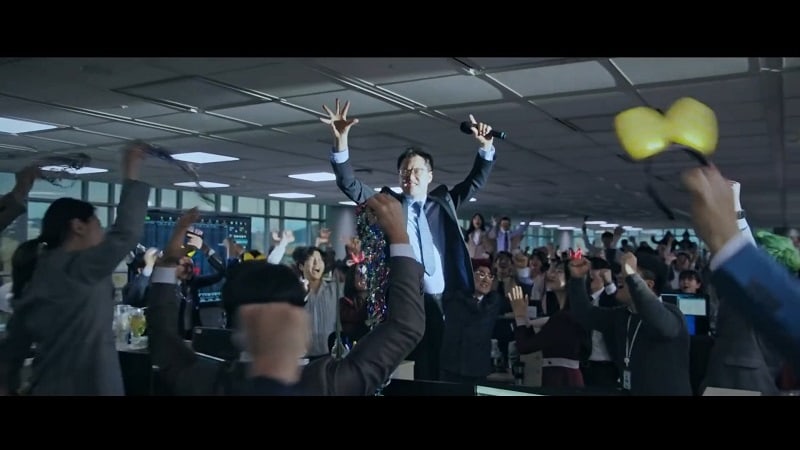 Actually, there exists a very similar real-life case, the case of Chairman Yang Jin Ho of WeDisk, which makes me even more inflamed with rage about the evil deeds depicted in the drama. I’m super excited for the coming episodes and can’t wait to see Kim Do Gi and his team deliver satisfying revenge against U Data!

Hey Soompiers! What are your thoughts on episodes 5-6 of “Taxi Driver”? Let us know in the comments below!

Currently watching: “Taxi Driver,” “Mouse,” “Octogenarians and the 90s,” “Miss Crow with Mr. Lizard”
All-time favorite dramas: “Ode to Joy,” “Back in Time,” “From Survivor to Healer,” “Children of Nobody,” “My Ahjussi,” “Hospital Playlist”
Looking forward to: “Youth of May,” “Move to Heaven,” “Hospital Playlist 2,” “The Oath of Love“