BTS has unveiled their promotion schedule for their highly-anticipated new single “Butter”!

On April 29 at midnight KST, BTS released a detailed schedule that outlines what teasers fans can look forward to in the weeks leading up to “Butter,” which is due out on May 21 at 1 p.m. KST.

Check out BTS’s new promotion schedule for “Butter” below! 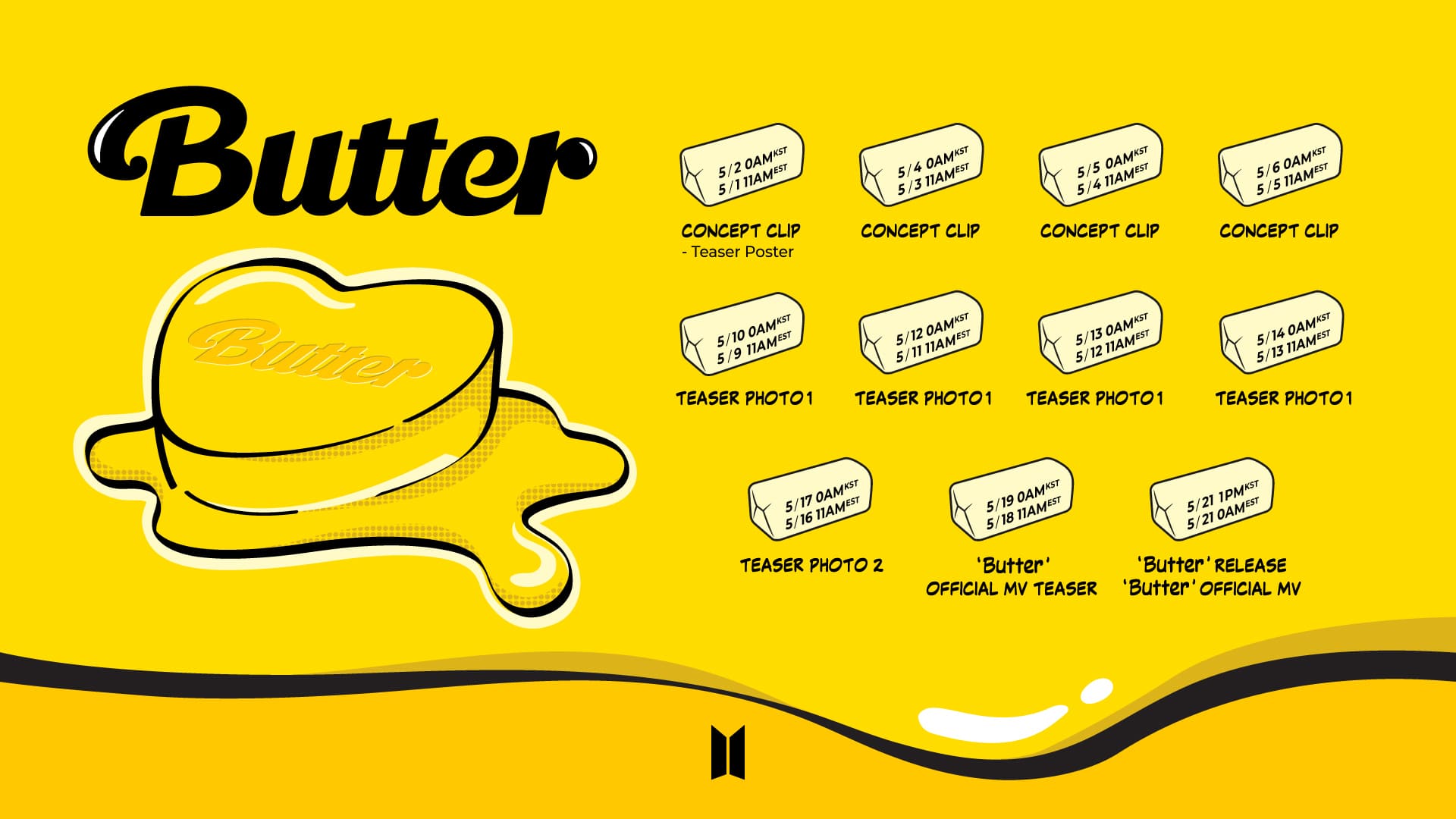 You can also check out BTS’s logo trailer for the upcoming song here!